King Cheoljong experienced a devastating taste of betrayal in the previous episode. He had big plans to restore the throne and destroy corruption in the government. He wanted to carry them out during the banquet, but they were hampered by those who didn’t want any changes. Kim Jwa Geun (Kim Tae Woo) successfully beat King Cheoljong at his own game, and King Cheoljong suffered from a dangerous explosion that almost took his life.

Now, King Cheoljong is back, and he has changed for good. The newly released stills give a preview of how he will no longer remain a puppet king. His gaze is fiery with determination, and he strides towards the throne with flaming charisma. King Cheoljong and Queen Sunwon (Bae Jong Ok) will have a fierce confrontation, and this time, he won’t be backing down as her obedient son. Kim Jwa Geun’s head is lowered, and the other government officials look stunned and confused by the king’s sudden transformation. 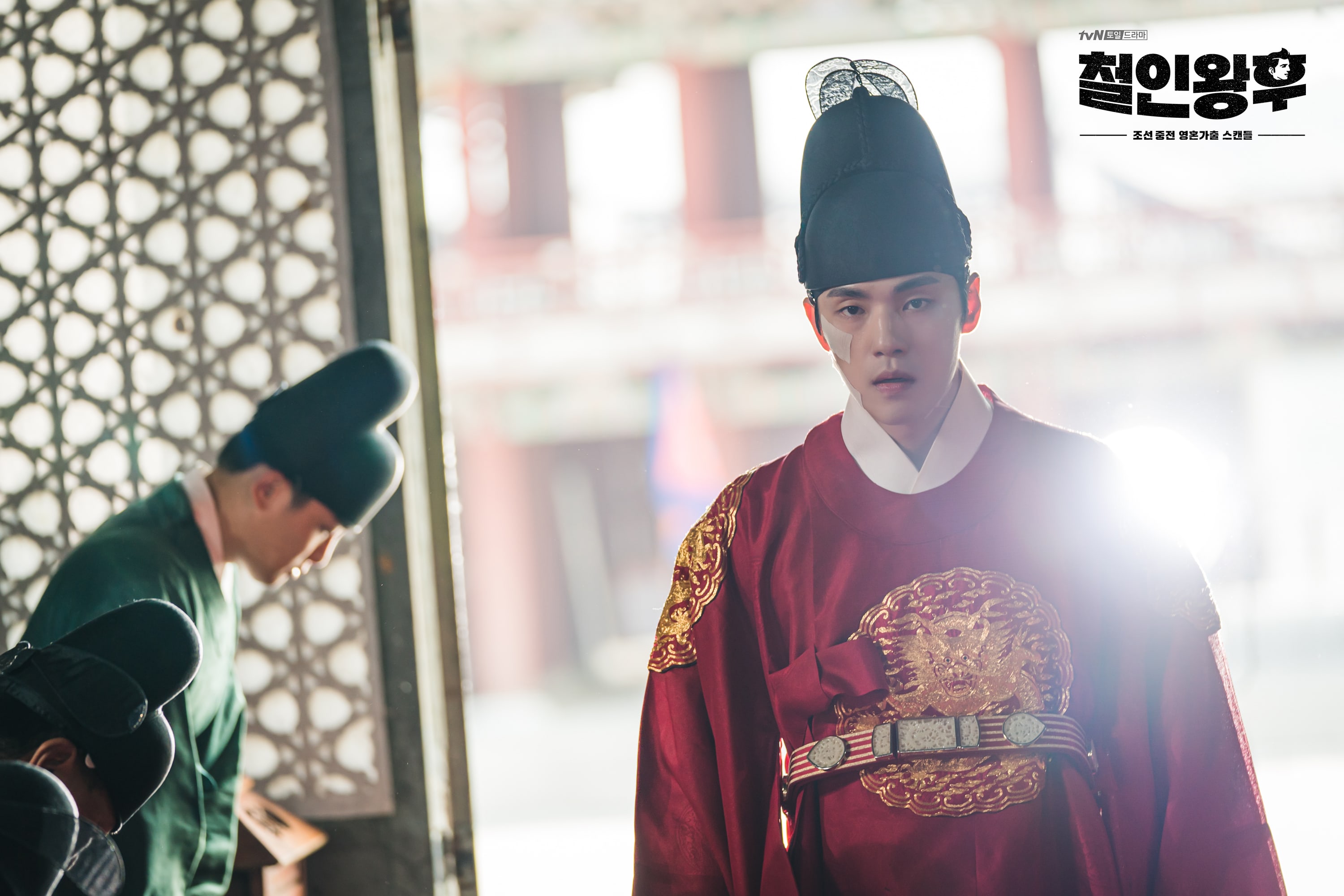 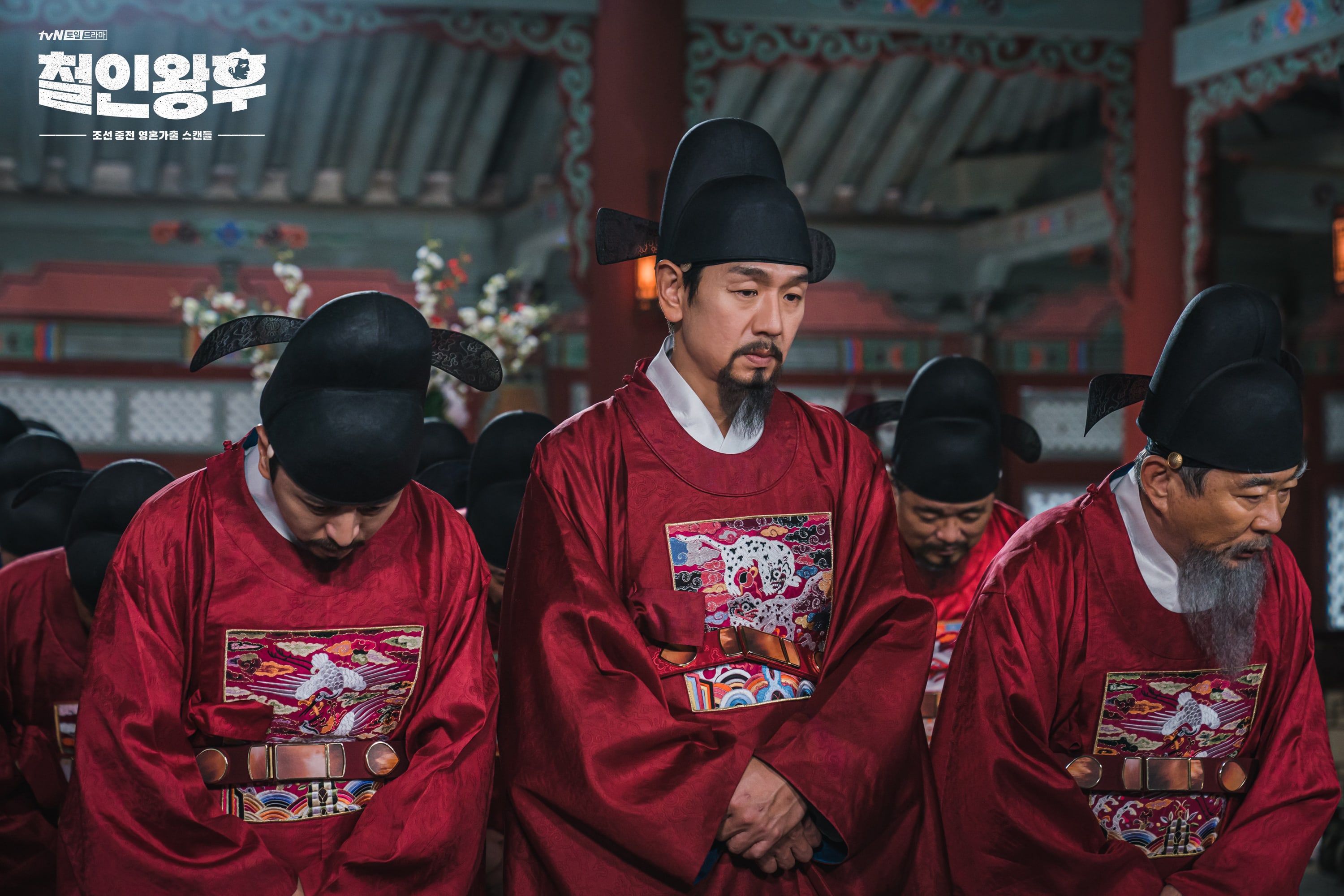 The drama’s production crew said, “King Cheoljong will give a pleasant catharsis by finding his place in the palace. The truth about the explosion that happened at the banquet as well as an unpredictable twist will be revealed. Please look forward to the ‘No touch’ couple’s romance, which will deepen in the midst of a crisis, as well as their fiery teamwork.”