The drama will tell the stories of three charming female protagonists in their 30s, 40s, and 50s who face unpredictable misfortunes, and it also deals with the trouble of married couples as they try to find true love. It is directed by Yoo Jung Joon and Lee Seung Hoon and written by Phoebe (Im Sung Han).

Sung Hoon will play a hotshot lawyer named Pan Sa Hyun, and Lee Ga Ryung will take the role of a headstrong broadcaster-turned-radio DJ named Boo Hye Ryung who married Pan Sa Hyun on the grounds that they maintain a strict “work-life balance” with no kids.

The new stills show Pan Sa Hyun and Boo Hye Ryung on their honeymoon night. They’re grinning from ear to ear, and they look dazzling in their wedding attire. Pan Sa Hyun lifts Boo Hye Ryung onto the bed, and Boo Hye Ryung doesn’t hesitate to shower him with affection. They share a loving kiss, and fans are keen to find out more about their marriage life. Will they be able to continuously maintain the sweetness they shared as newlyweds? 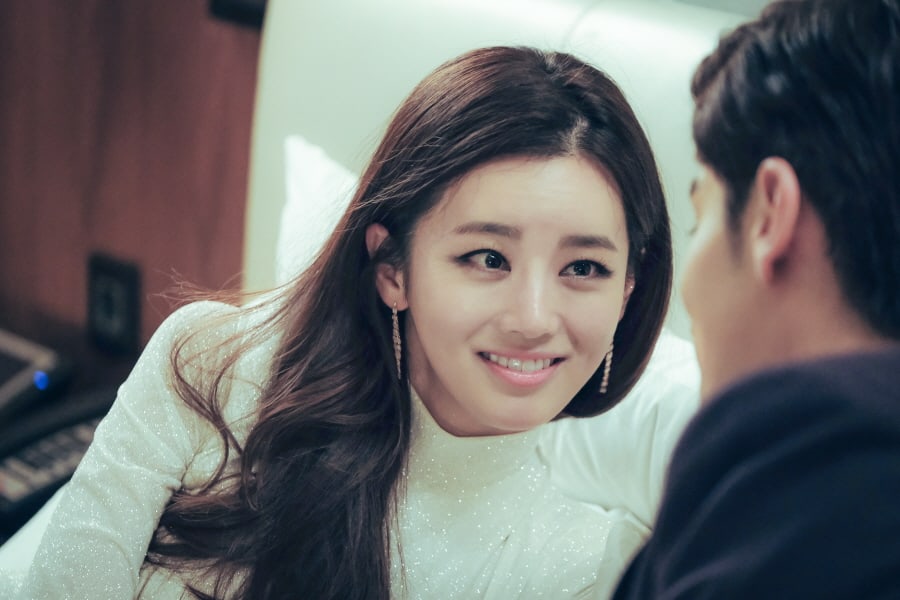 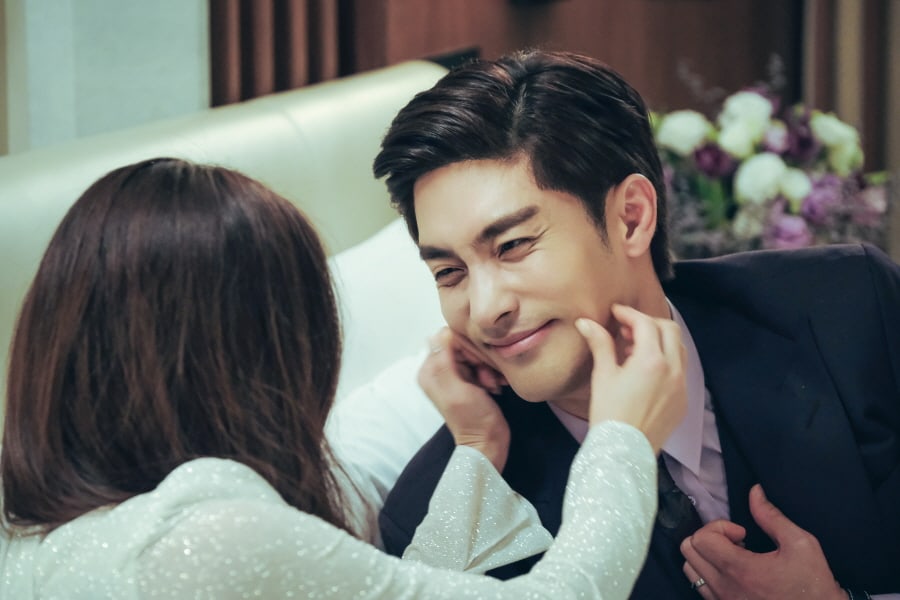 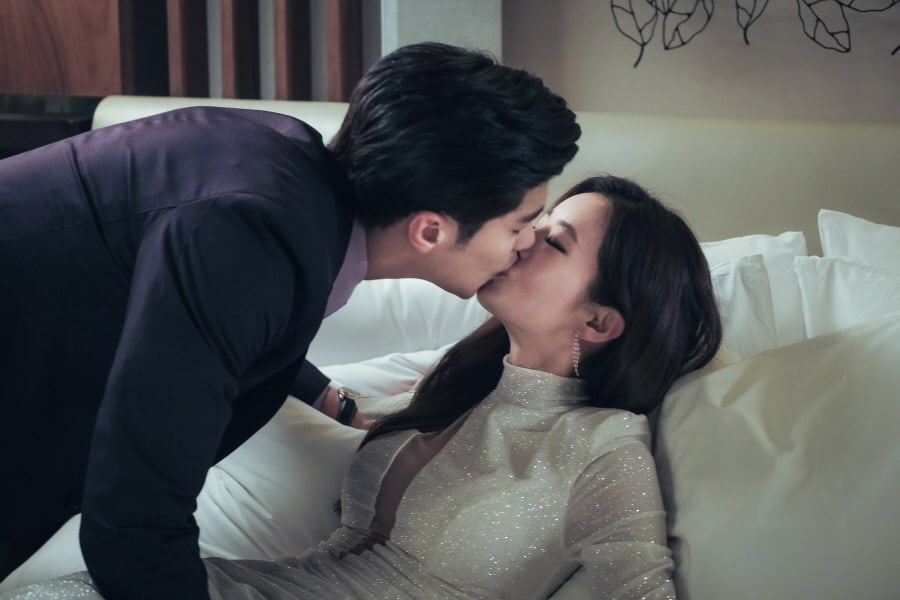 This passionate honeymoon scene was filmed in November of last year. This is the second time Sung Hoon filmed a honeymoon scene in Phoebe’s work (first was in “New Tales of Gisaeng”). The two actors went over the details during rehearsal and smoothly filmed the scene. Lee Ga Ryung expressed her concern about Sung Hoon having to lift her up, but Sung Hoon reassured her with jokes and created a comfortable atmosphere for everyone.

The production team commented, “The first episode will show the couple in their 30s just beginning their marriage, so there will be a lot of romantic moments. Please look forward to the different couples of various ages in ‘Love (ft. Marriage and Divorce)’.”