The drama tells the stories of three charming female protagonists in their 30s, 40s, and 50s who face unpredictable misfortunes, and it also deals with the trouble of married couples as they try to find true love. Sung Hoon stars as the hotshot lawyer Pan Sa Hyun, and Lee Ga Ryung takes on the role of a headstrong broadcaster-turned-radio DJ named Boo Hye Ryung who married Pan Sa Hyun on the grounds that they maintain a strict “work-life balance” with no kids.

The first episode, which got off to a strong start with an average nationwide rating of 6.9 percent, prepared viewers for the misfortunes that will begin to creep up on the protagonists. Pan Sa Hyun and Boo Hye Ryung showed off the romantic aspects of their relationship, but the lawyer was also seen pulling out a dream dictionary and researching the early symptoms of pregnancy.

New stills preview a tense situation between the once lovey-dovey couple. Unable to even string a sentence together, Pan Sa Hyun ducks his head to avoid meeting his wife’s gaze. Meanwhile, Boo Hye Ryung furrows her eyebrows in anger as she confronts him after he gets off work. It remains to be seen what could have caused Boo Hye Ryung to be so upset when she usually greets her husband after work with a smile. 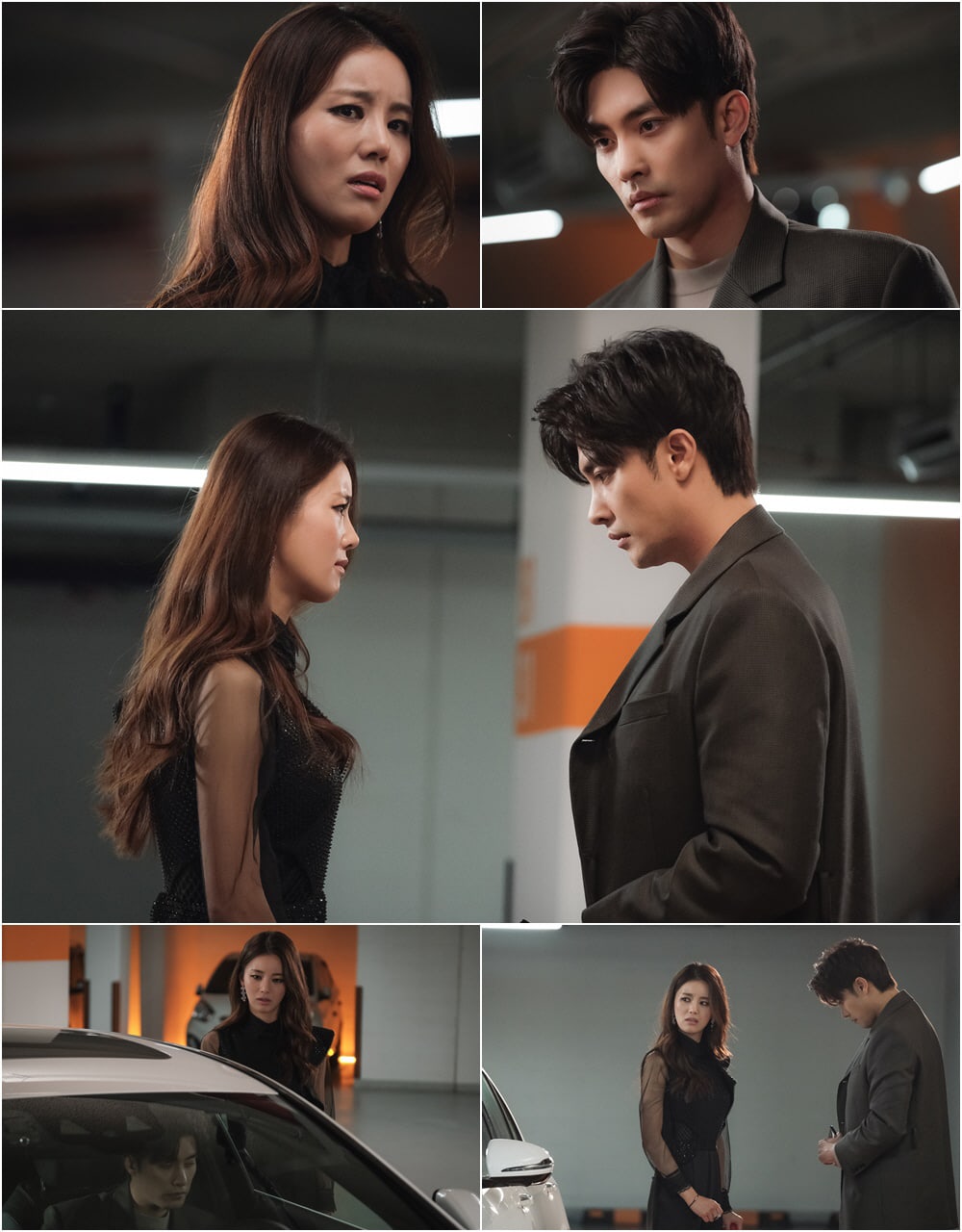 The heated confrontation scene was filmed last November and required the two actors to call upon emotions different from the usual ones felt by their characters. Sung Hoon and Lee Ga Ryung worked together beforehand to read over the script together and perfect each small movement in the scene. Due to their hard work, the actors successfully transformed into their respective roles—Lee Ga Ryung into one who lets out her pent-up anger, and Sung Hoon into the one who incites her anger.

The drama’s production team commented, “Sung Hoon and Lee Ga Ryung’s passionate acting has created the scene that opens the door to the quarrel between the originally sweet couple in their 30s. Keep watching the shocking and unpredictable drama of the couples to find out if ‘Love (ft. Marriage and Divorce)’ will continue to introduce new hardships with each episode.”

In the meantime, watch Sung Hoon in the 2020 film “Are You In Love” below: