tvN’s “Mr. Queen” has revealed a thrilling development in the main characters’ relationship!

The previous episode revealed the truth behind the dangerous explosion that nearly cost King Cheoljong his life. In fact, the whole affair was a risky plan thought up by Cheoljong himself in order to regain his authority as king—and he was successful. He finally escaped Queen Sunwon’s (Bae Jong Ok‘s) rule and was able to have Kim Jwa Geun (Kim Tae Woo) dismissed. However, they then decided to target Kim So Yong, who was forced to spy on Cheoljong in order to survive. Viewers were thrilled as Cheoljong appeared in front of an uneasy Kim So Yong and shared the same bed with her.

In the new stills, Cheoljong and Kim So Yong appear to be sincere in their affection, as evidenced by the way they hold each other’s faces and slowly lean in for a kiss. Although the “No touch” couple had a rocky start to their relationship, they have continued to grow closer to one another. 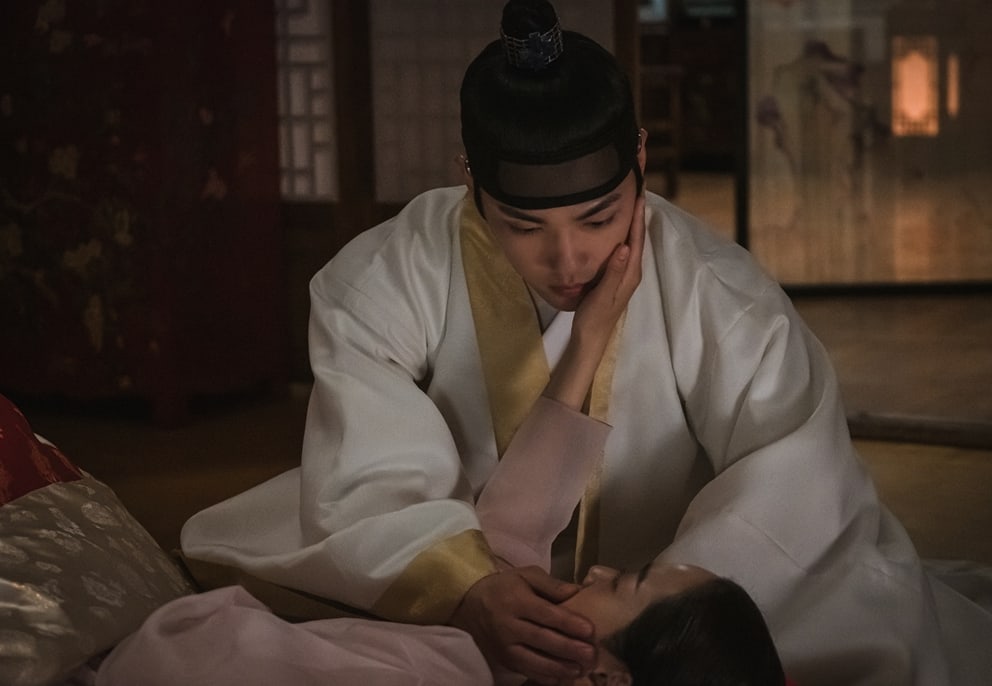 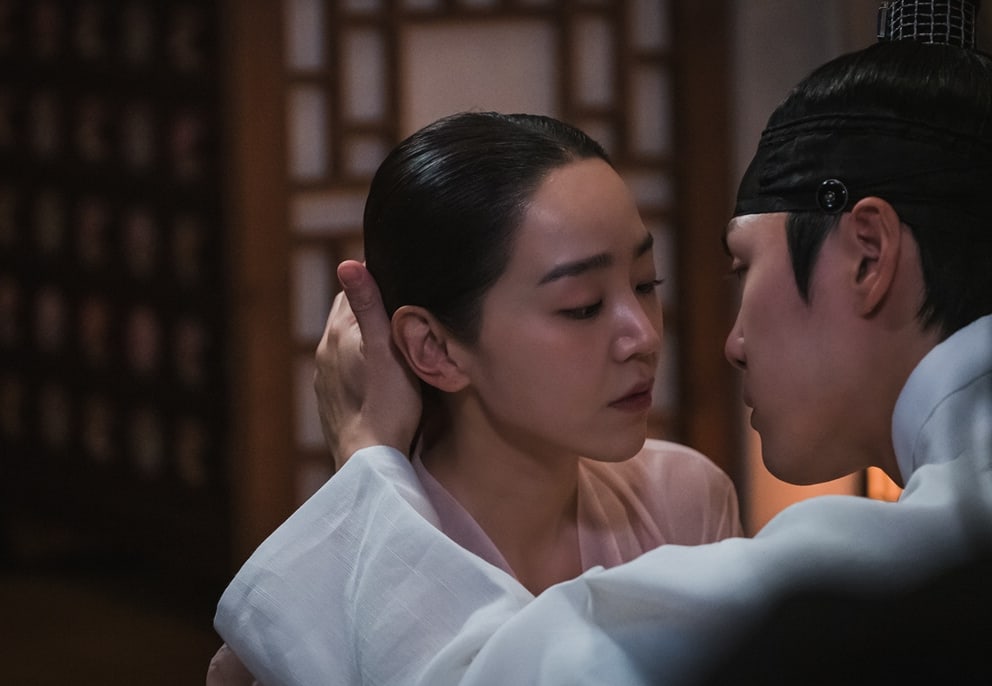 More stills provide yet another look at the romantic atmosphere between the pair as they sleep side by side with their hands on each other. However, Kim So Yong is surprised when she opens her eyes to find Cheoljong right in front of her. Cheoljong sleeps on, blissfully unaware, leaving viewers to wonder about how he will react to the situation. 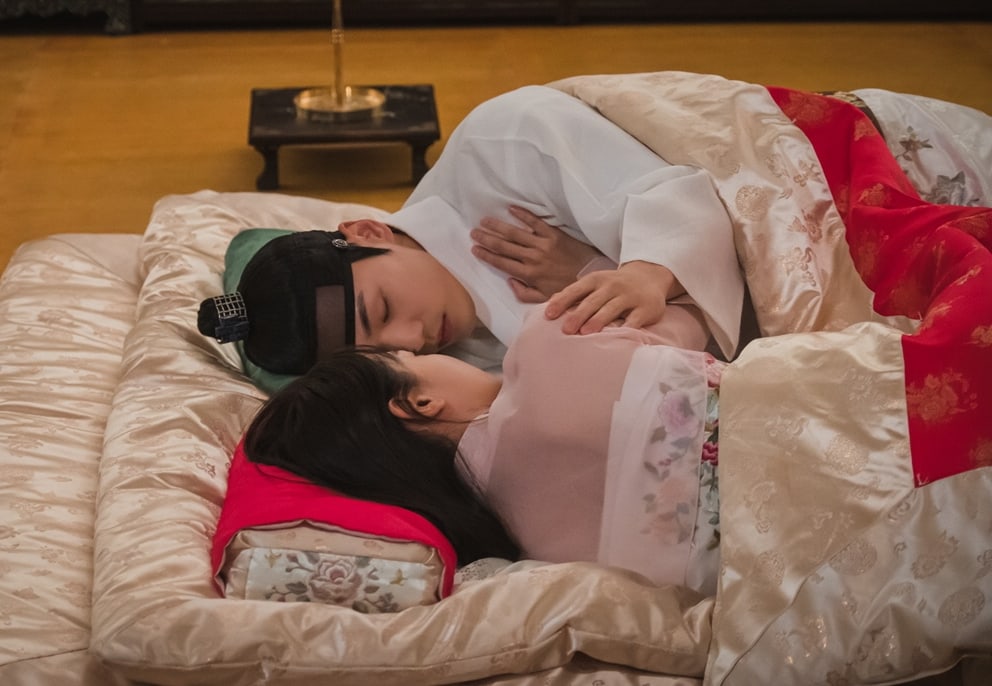 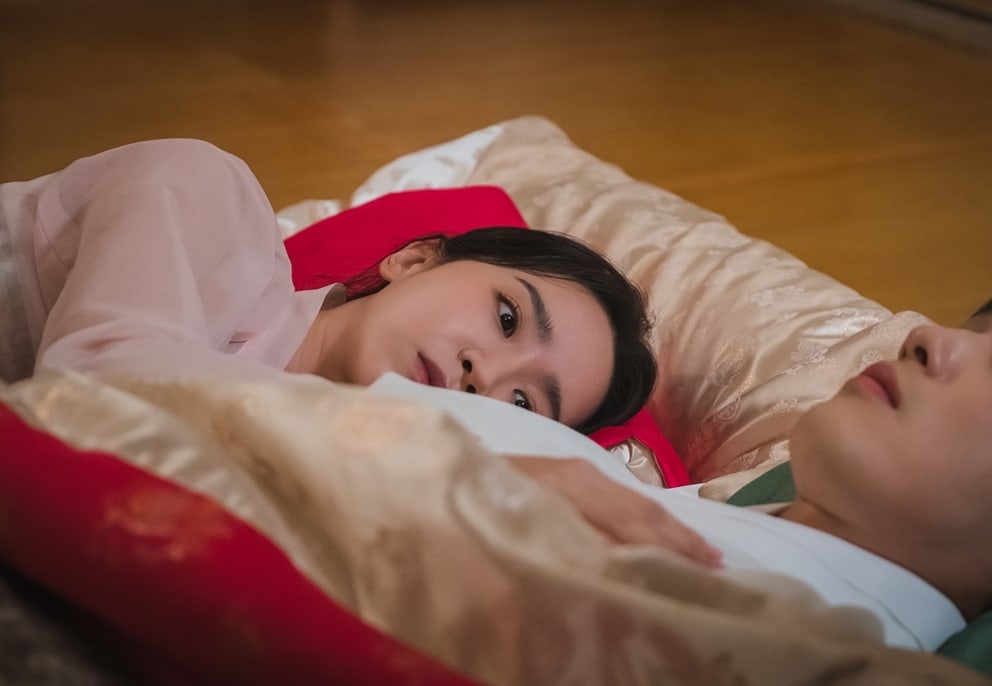 The drama’s production team commented, “A crisis will approach Kim So Yong, and knowing what will happen, Cheoljong will set out to protect her. The story of the ‘No touch’ couple’s otherworldly give-and-take, as well as their fiery teamwork, will unfold in a riveting manner.”