Get ready for the epic final battle in “The Uncanny Counter”!

In yesterday’s episode, another counter named Oh Jung Goo (Son Ho Jun) joined the squad, but he died while trying to save Ga Mo Tak (Yoo Joon Sang). Oh Jung Goo’s spirit Dong Pal (Lim Ji Kyu) was about to vanish as well, but somehow, he ended up in So Moon (Jo Byeong Gyu). Thus, So Moon became a vessel for another spirit and leveled up.

On January 24, the drama released new stills ahead of the final episode.

So Moon, Do Ha Na (Kim Sejeong), Choo Mae Ok (Yeom Hye Ran), and Ga Mo Tak come together to fight against the complete demon Shin Myung Hwi (Choi Kwang Il). This is their last chance to get him, and they give all their energy into capturing him. The atmosphere is thick with tension, and the four counters can neither let their guard down nor waste any time. So Moon’s eyes are burning with determination, and viewers are eager to find out if he will be able to meet his parents who are currently trapped in Shin Myung Hwi. 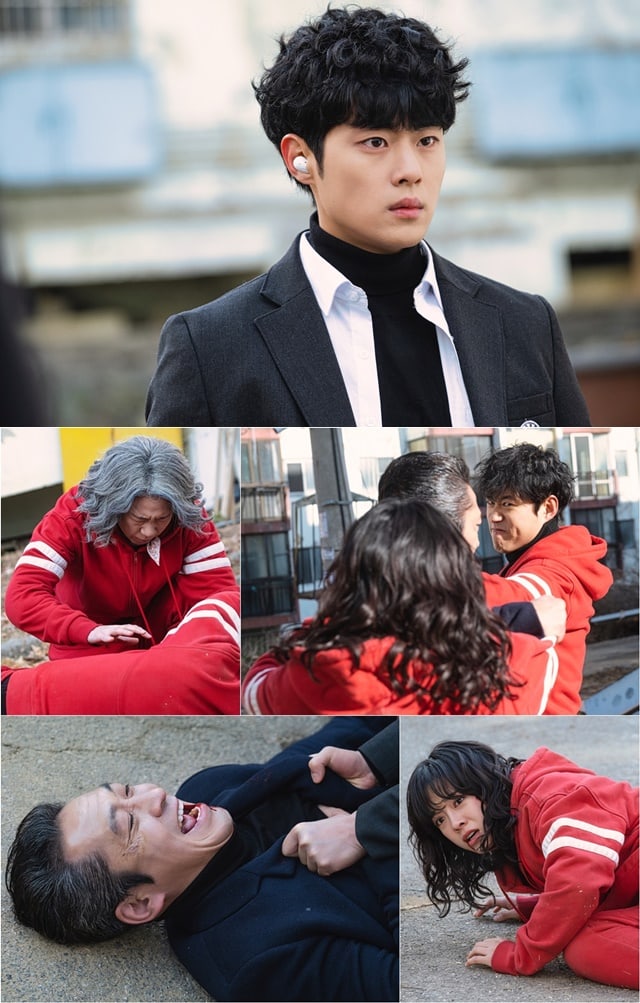 The drama’s production crew commented, “The counters have one final blow left in order to complete the refreshing payback. Please tune into the final episode that will perfectly satisfy the viewers by encouraging good and punishing evil.”

In the meantime, watch Jo Byeong Gyu in “Stove League“: