Watch: “Master In The House” Cast Faces Off In Fierce Korean Wrestling Tournament

The cast of SBS’s “Master in the House” tried their hand at ssireum (Korean wrestling)!

On the January 24 broadcast of “Master in the House,” the cast participated in a ssireum special with professional ssireum athletes Im Tae Hyuk, Park Jung Woo, Noh Bum Soo, and Heo Sun Haeng.

Before the masters arrived on set, the production team handed each of the cast members a sticker with a number, which indicated the masters’ predicted rankings of the cast’s ssireum skills. Kim Dong Hyun placed first, followed by Lee Seung Gi, ASTRO’s Cha Eun Woo, Shin Sung Rok, and Yang Se Hyung in last place.

The four masters, who are also known as the idols of the ssireum world, talked about the sport’s recent rise in popularity. Im Tae Hyuk shared, “Before, we didn’t have any fans at all, and only elderly people came to watch. However, during last year’s Chuseok (Korean equivalent of Thanksgiving) and this year’s Lunar New Year, there were no empty seats. Fans also brought cameras with long-focus lenses.” 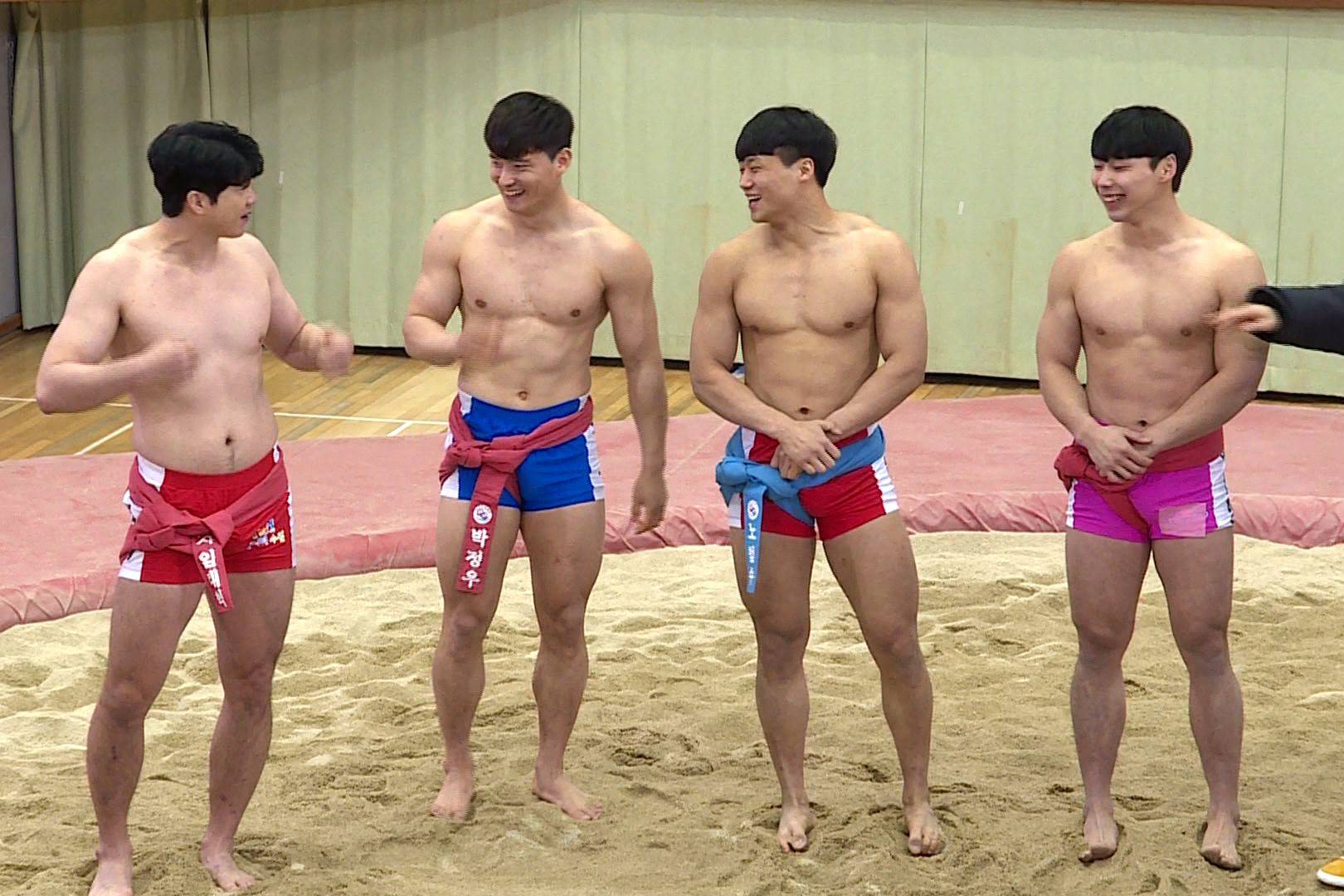 In the opening scene, Heo Sun Haeng also competed against Kim Dong Hyun using only one hand and one foot, but he still managed to come out victorious against Kim Dong Hyun. Afterwards, the cast members received special training from the masters, practicing jumping squats and climbing rope.

Finally, the ssireum tournament amongst the cast members took place. Lee Sung Gi faced off against Yang Se Hyung, and he managed to defeat Yang Se Hyung in two seconds by using a foot technique he had honed carefully.

Cha Eun Woo, who had impressed the masters with his fast learning, battled against Kim Dong Hyun. Although the two had a fierce standoff, Kim Dong Hyun came out victorious in the end.

Watch “Master in the House” on Viki below!