In the newly released stills, Vincenzo is lost in thought with a glass of wine in his hand. He exudes a powerful charisma in his elegant and clean-cut suit as the Cassano family’s consigliere. Unlike his alluring outward appearance, he has a cold and expressionless face when he points the gun at someone. However, when he’s leading negotiations, Vincenzo has an easygoing smile and bright gaze. 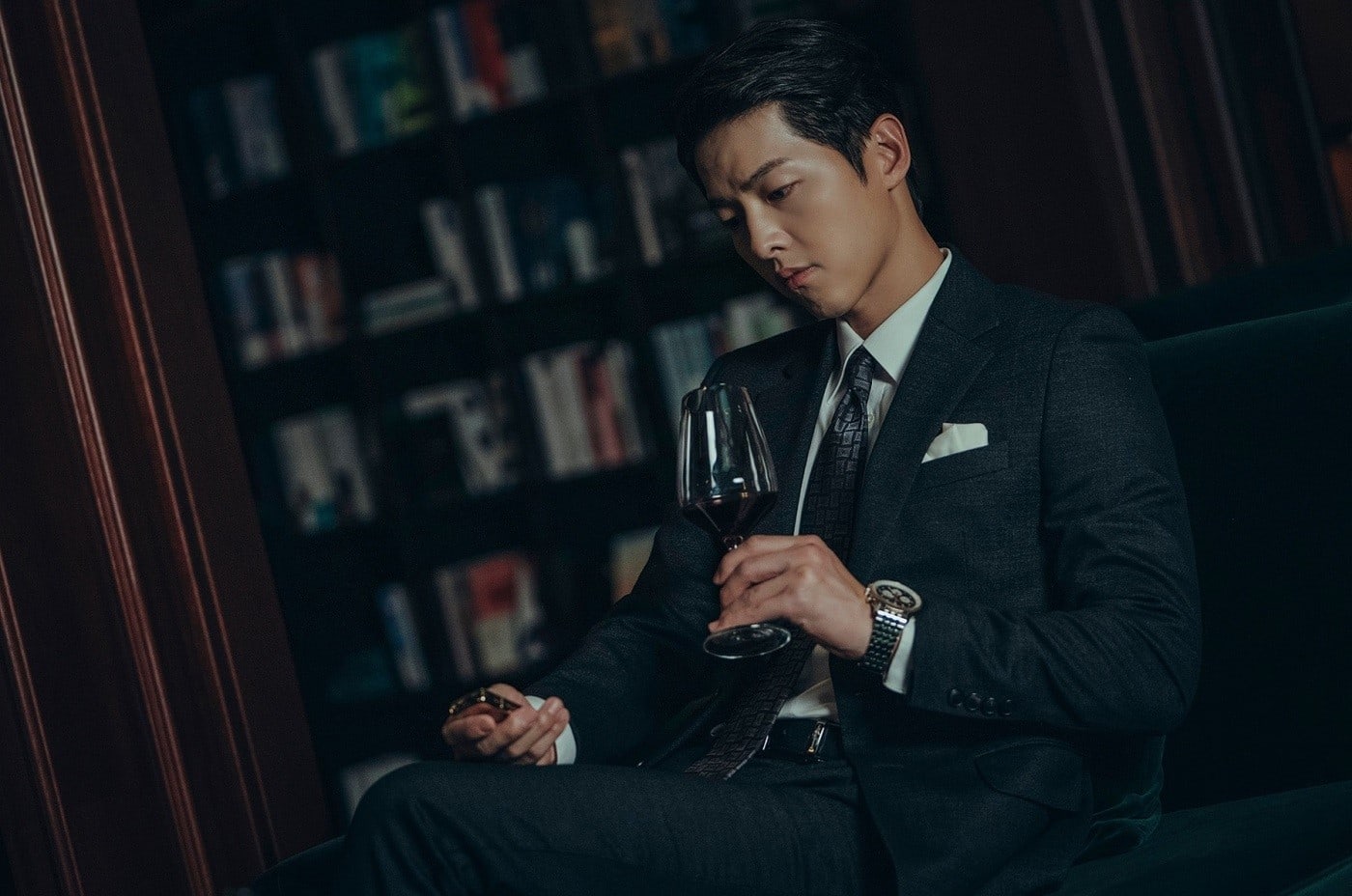 As a level-headed strategist with remarkable negotiation skills, Vincenzo Cassano lives for revenge, always giving people a taste of their own medicine. He will transform into a dark hero who takes down evil with evil methods when he discovers a deep-rooted, villainous cartel upon his arrival in Korea. Already, viewers are highly anticipating Vincenzo’s refreshing way of taking down villains as well as Song Joong Ki’s transformation into his one-of-a-kind character. 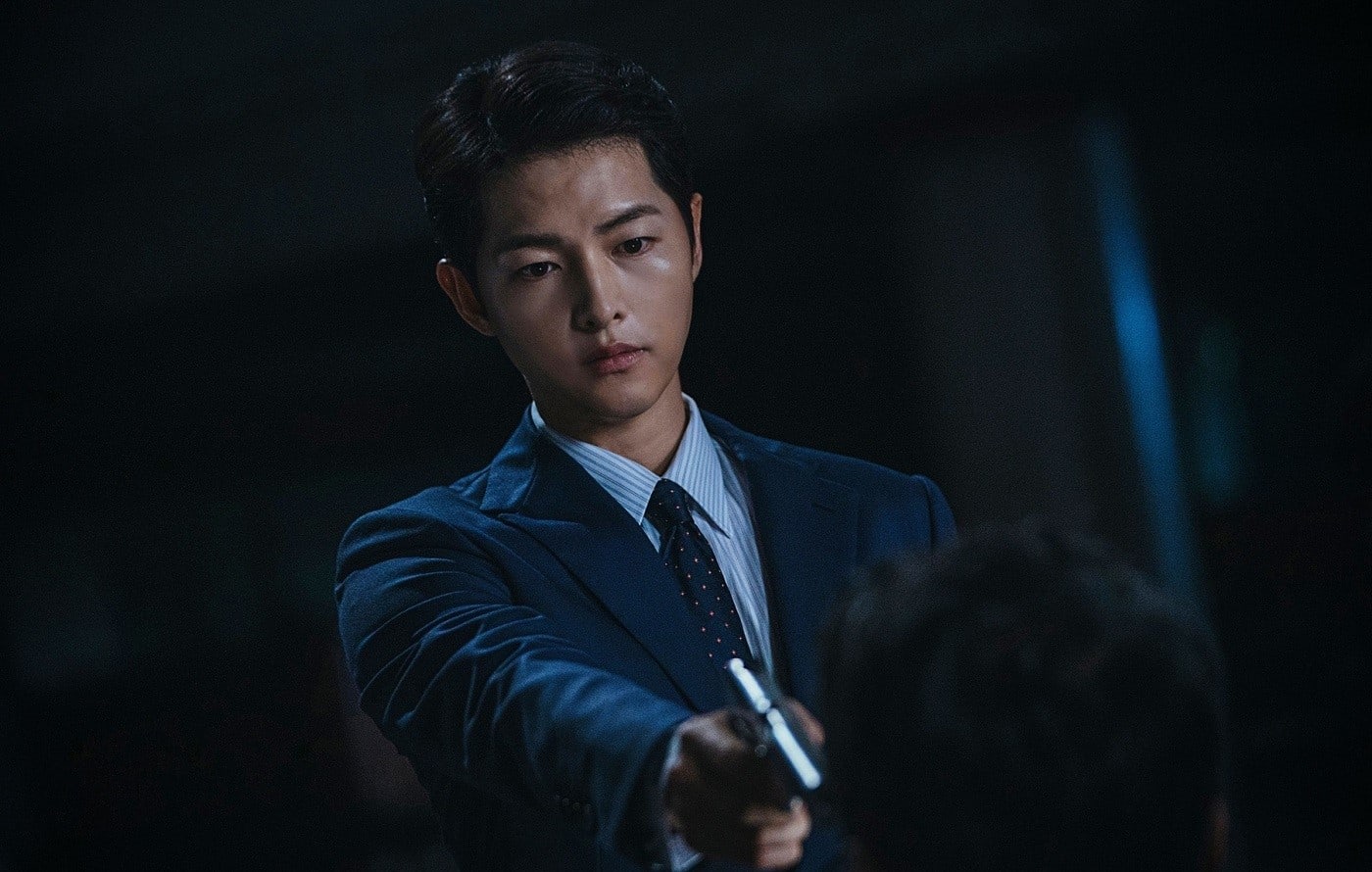 Song Joong Ki shared, “I felt thrilled after coming across the script for the first time. It wasn’t a predictable story about good overcoming evil, and the method of punishing evil felt very new and refreshing. I think viewers will be able to feel the same thrill and catharsis.”

The actor added, “Although Vincenzo looks to be Korean on the outside, he’s Italian to the bone. Since he has always lived as a foreigner in the darkness, he’s a lonely figure who can’t even open up to people who are close to him. An interesting point in the drama will be Vincenzo’s change.” 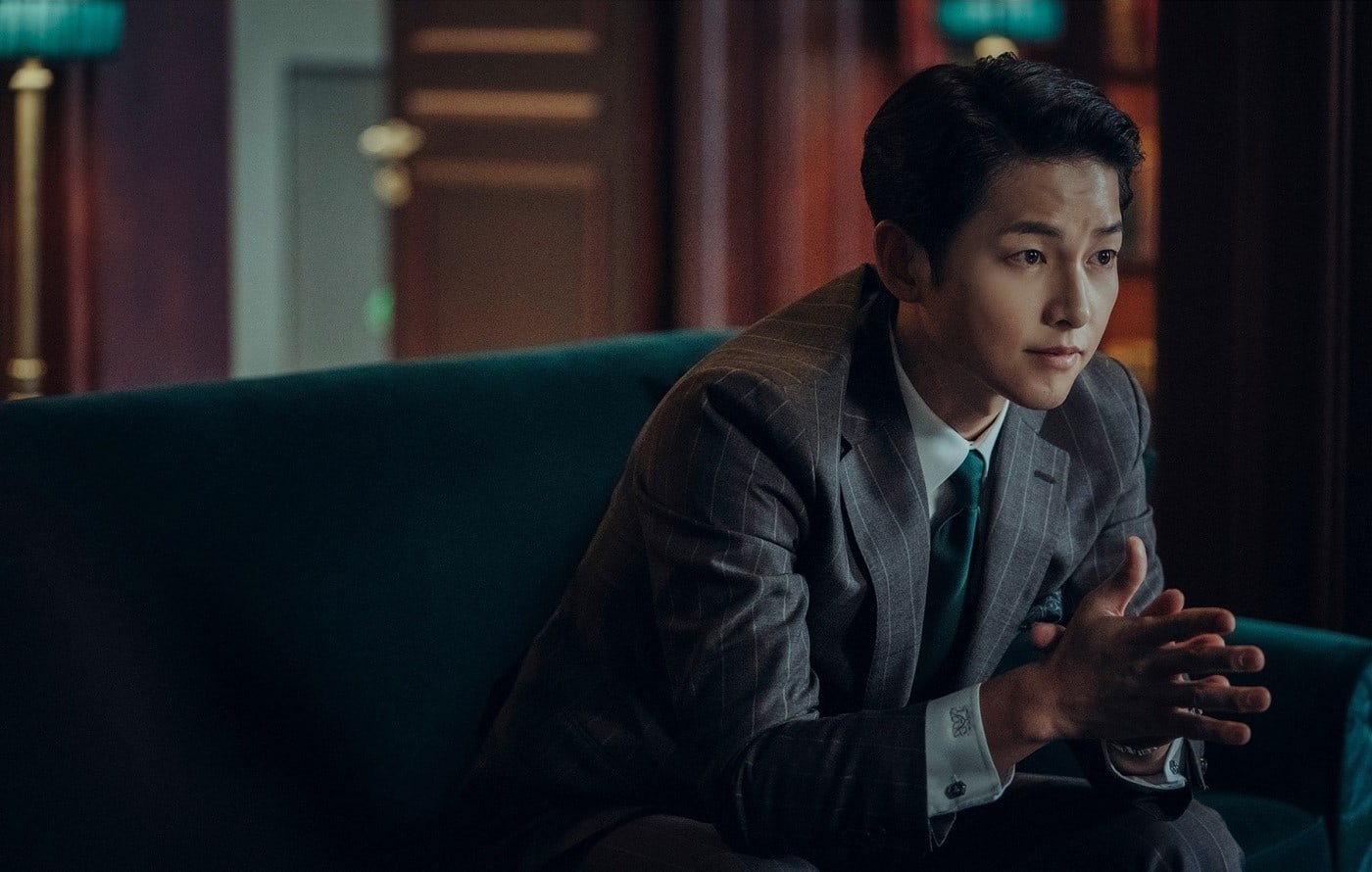 “Vincenzo” will premiere on February 20, following the conclusion of “Mr. Queen.” Check out the first teaser here!

… and Song Joong Ki in “Tree With Deep Roots” here!