Netflix Korea’s “Busted!” has one more agenda to celebrate other than its successful season premiere!

In the January 14 issue of America’s Variety, a 1.712 centimeter by 2.529 centimeter advertisement for “Busted!” was featured on page 64. On January 17, it was registered as the newest Guinness World Record for smallest printed advertisement in a magazine, beating out the previous record by 0.3 square centimeters.

In order to be registered, the ad had to be perfectly recognizable with a magnifying glass and without any other hints regarding the content of the ad provided in the rest of the magazine.

The act of having to utilize a magnifying glass to identify the ad fits in well with the premise of the mystery variety show. The leader of the pack of detectives, Yoo Jae Suk, took a photo with the certificate of the Guinness World Record. 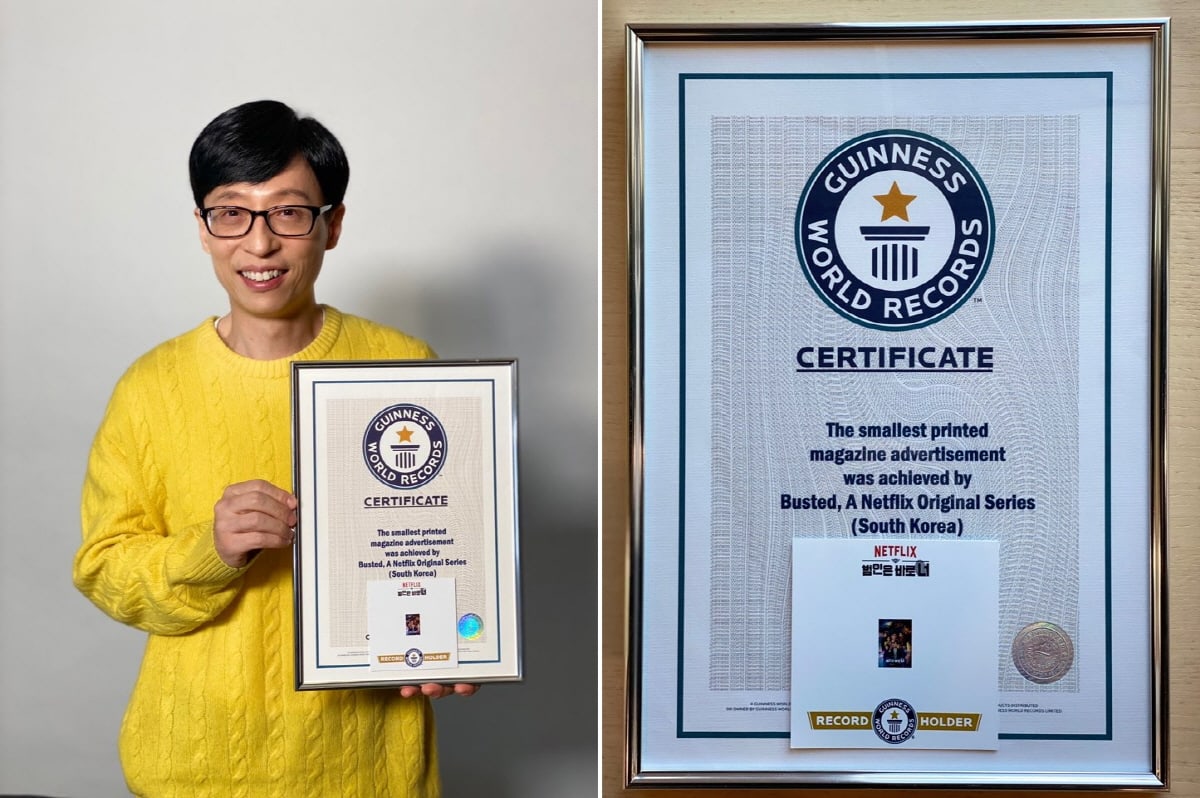