“Hello, Me!” is a fantasy romantic comedy about a 37-year-old woman named Ban Ha Ni (Choi Kang Hee), who is disappointed with all aspects of her life, including dating, work, and her dreams. One day, she is visited by her 17-year-old self (Lee Re), who is passionate and unafraid of everything.

In one poster, Ban Ha Ni’s 37-year-old self is dressed in a squid costume as she shoots a disgruntled look at Han Yoo Hyun (Kim Young Kwang), who hangs on her arm and flashes a cute and innocent smile. Ban Ha Ni has experienced the weight of the world, but as a free-spirited second-generation chaebol, Han Yoo Hyun has never grown up. The poster evokes a comedic yet romantic atmosphere between the two individuals with opposite backgrounds who are certain to influence each other’s lives. 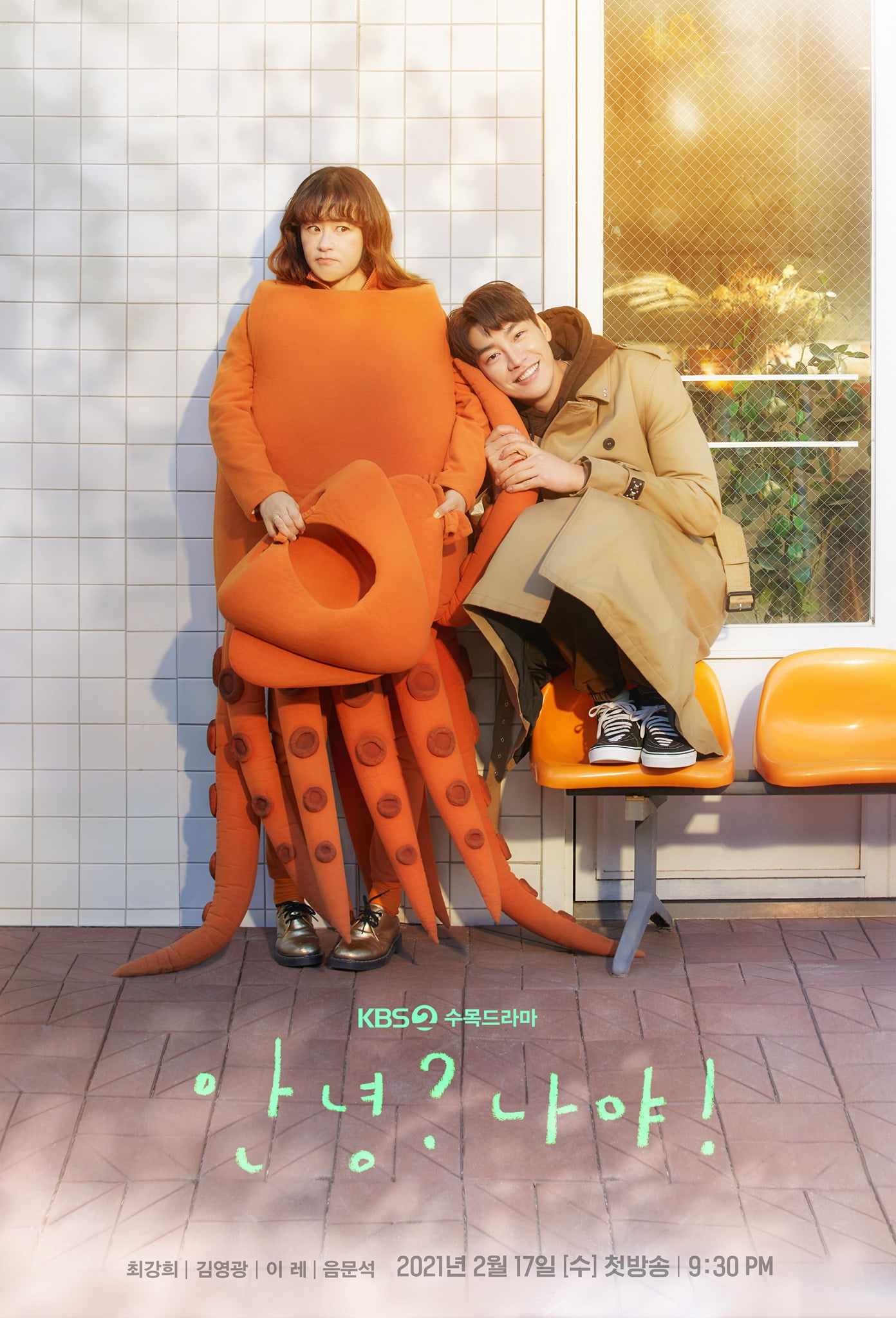 Another poster features a collage of various Polaroids that show off the pair’s youthful aura. One of the photos depicts 17-year-old Ban Ha Ni in her school uniform, while the face of her 37-year-old self tilts her head up with a smile. Next to her is Han Yoo Hyun, who grins as he hands over a keychain to both versions of Ban Ha Ni. Drama fans are left wondering about what kind of significance the keychain could hold. 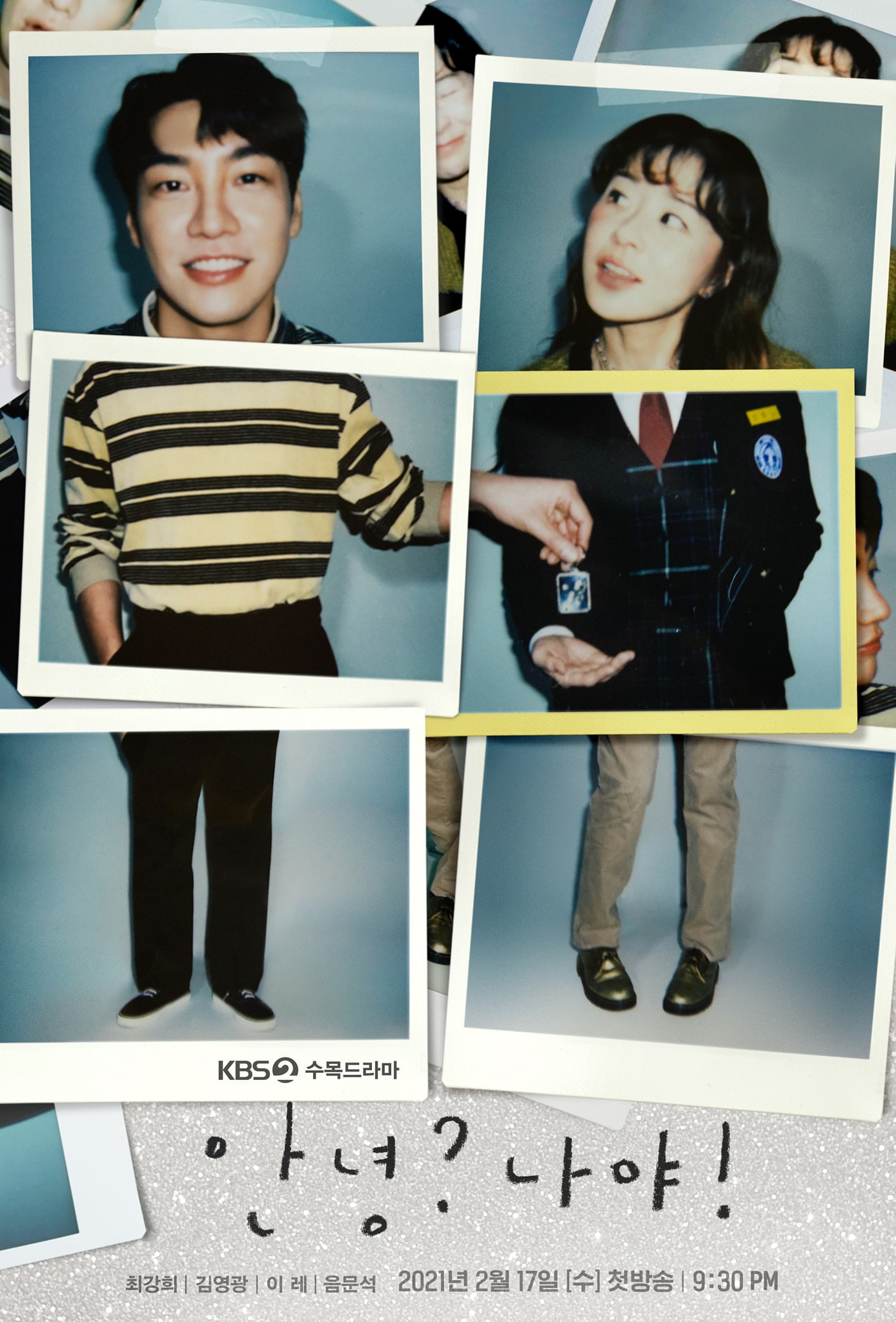 The drama’s production team commented, “Seeing Ban Ha Ni in her squid costume and Han Yoo Hyun leaning on her might make you think that they’re just an ordinary woman in her 30s going through the off season of her life and a man who is forever childish like Peter Pan. However, we actually wanted to show that Ban Ha Ni possesses an inner strength so tough that someone can rely on her completely, that Han Yoo Hyun has a heart that is pure and warm enough to melt someone else’s heart, and that one day he will grow up to become an adult.”

They continued, “Look forward to finding out how Ban Ha Ni and Han Yoo Hyun will be connected despite having completely opposite backgrounds and lifestyles, as well as how they will become each other’s sources of comfort and strength.”

Also check out Kim Young Kwang in “The Secret Life of My Secretary” below!

Choi Kang Hee
Kim Young Kwang
Hello Me!
How does this article make you feel?