“Beyond Evil” is a psychological thriller starring Yeo Jin Goo and Shin Ha Kyun as two men who are willing to break the rules and the law in their pursuit of a serial killer. The drama asks, “Who is the monster? Is it you? Is it me? Is it us?” The drama is helmed by director Shim Na Yeon, who worked on “Moments of 18” and “Han Yeo Reum’s Memory,” and written by scriptwriter Kim Soo Jin, who penned “Mad Dog.”

Shin Ha Kyun plays Lee Dong Shik, a former detective in the violent crimes division who has been demoted to a sergeant at a local police station. He is in charge of doing odd jobs at the station, but his life is turned upside down again when he reencounters an old serial killer case that shook up his world 20 years ago. Yeo Jin Goo plays elite detective Han Joo Won, who comes down to the local police station in Manyang with a secret. He gets caught up in a whirlwind of events when he meets his partner Lee Dong Shik, who is more monstrous than any monster.

The newly released main poster gives further insight into the psychological thriller. Lee Dong Shik and Han Joo Won sit back to back while handcuffed to each other. The two share parallels in their pursuit for the unknown monster. Along with their dark silhouettes, Lee Dong Shik’s and Han Joo Won’s mysterious gazes also add to the suspenseful atmosphere. Furthermore, the handcuffs connecting the two raise questions as to who handcuffed who or if it’s hinting at something else that is suffocating them. Furthermore, the text on the poster reads, “Who is the monster?” drawing anticipation about the truth they’re chasing and what will be awaiting them behind the truth of the case. 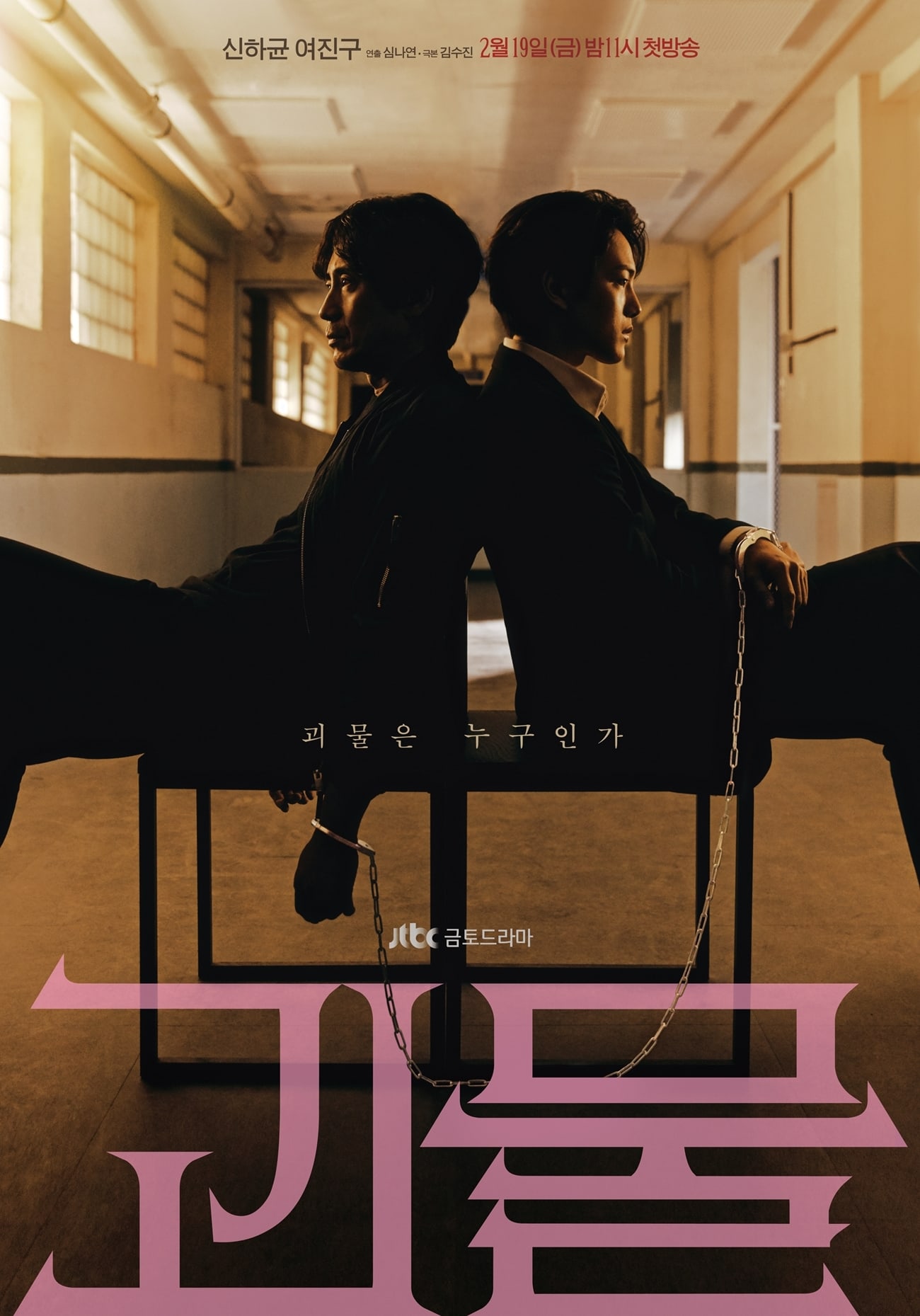 Lee Dong Shik and Han Joo Won will intently chase after the truth in Manyang, which is full of secrets, and they will capture the complicated psychology of humans in the process. The production team shared, “The two men’s fierce chase for the monster will unfold in an exciting manner. The detailed and powerful acting from Shin Ha Kyun and Yeo Jin Goo, who will portray the deepest parts of humans, will showcase the essence of a psychological chase thriller.”

“Beyond Evil” will premiere on February 19 at 11 p.m. KST. In the meantime, watch a teaser for the drama here!

While waiting, watch Shin Ha Kyun in “Fix You“: