A reinterpretation of a classic Goguryeo folk tale, “River Where the Moon Rises” will tell the famous love story of Princess Pyeonggang (played by Kim So Hyun) and On Dal (played by Ji Soo). In the drama, Lee Ji Hoon plays Go Geon, the top elite general of Goguryeo.

On January 25, the drama’s production team gave a peek at Go Geon. The general looks relaxed and confident, and his aura shines with dignity and grace. The first thing that stands out is his handsome appearance. His facial features are both soft and manly, and his smile exudes sweet gentleness. It is understandable why the women of Goguryeo are captivated by him.

Go Geon also remains prominent with his charisma as he walks with his fellow soldiers. He is from a wealthy family, and he excels in martial arts, making him the best general of Goguryeo. It was as if he was born to be at the top of the ladder.

However, he will suffer from unrequited love when he meets Pyeonggang. Despite his wealth and status, he is unable to win her heart, and as a result, he will undergo changes that will also affect the princess. 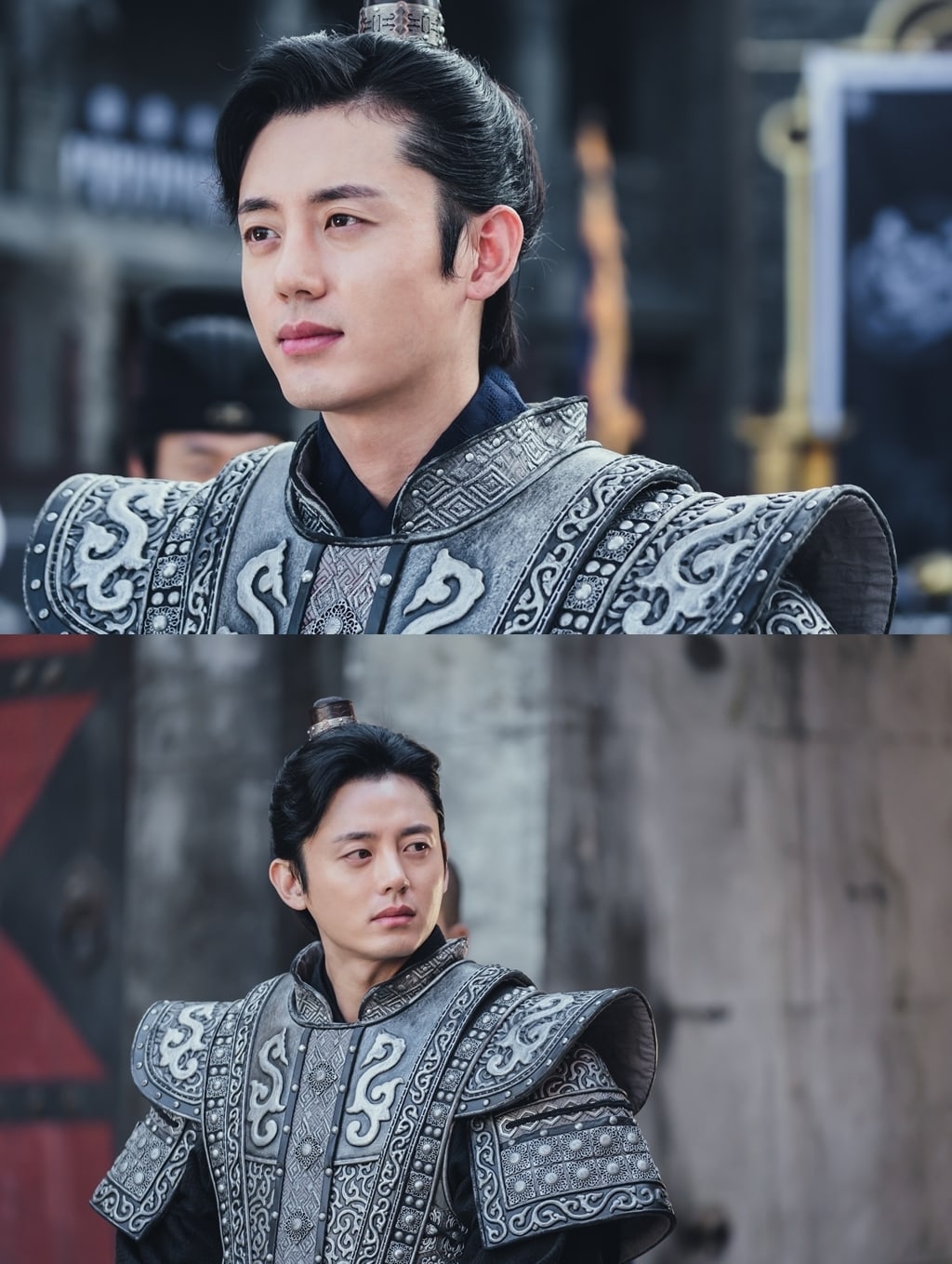 The production team shared, “Lee Ji Hoon was perfect for the role of Go Geon, a flawless man who has everything. In addition, the actor himself is showing extraordinary passion for the character, making Go Geon even more appealing. Please look forward to the performances of charming actor Lee Ji Hoon as he plays Go Geun, the most attractive man of Goguryeo.”

“River Where the Moon Rises” premieres on February 15 at 9:30 p.m. KST and will be available with subtitles on Viki.

Lee Ji Hoon
River Where the Moon Rises
How does this article make you feel?