In the new stills, Cha Min Ho sports a casual and comfortable look. His friendly smile and stunning visuals make the campus shine even brighter. 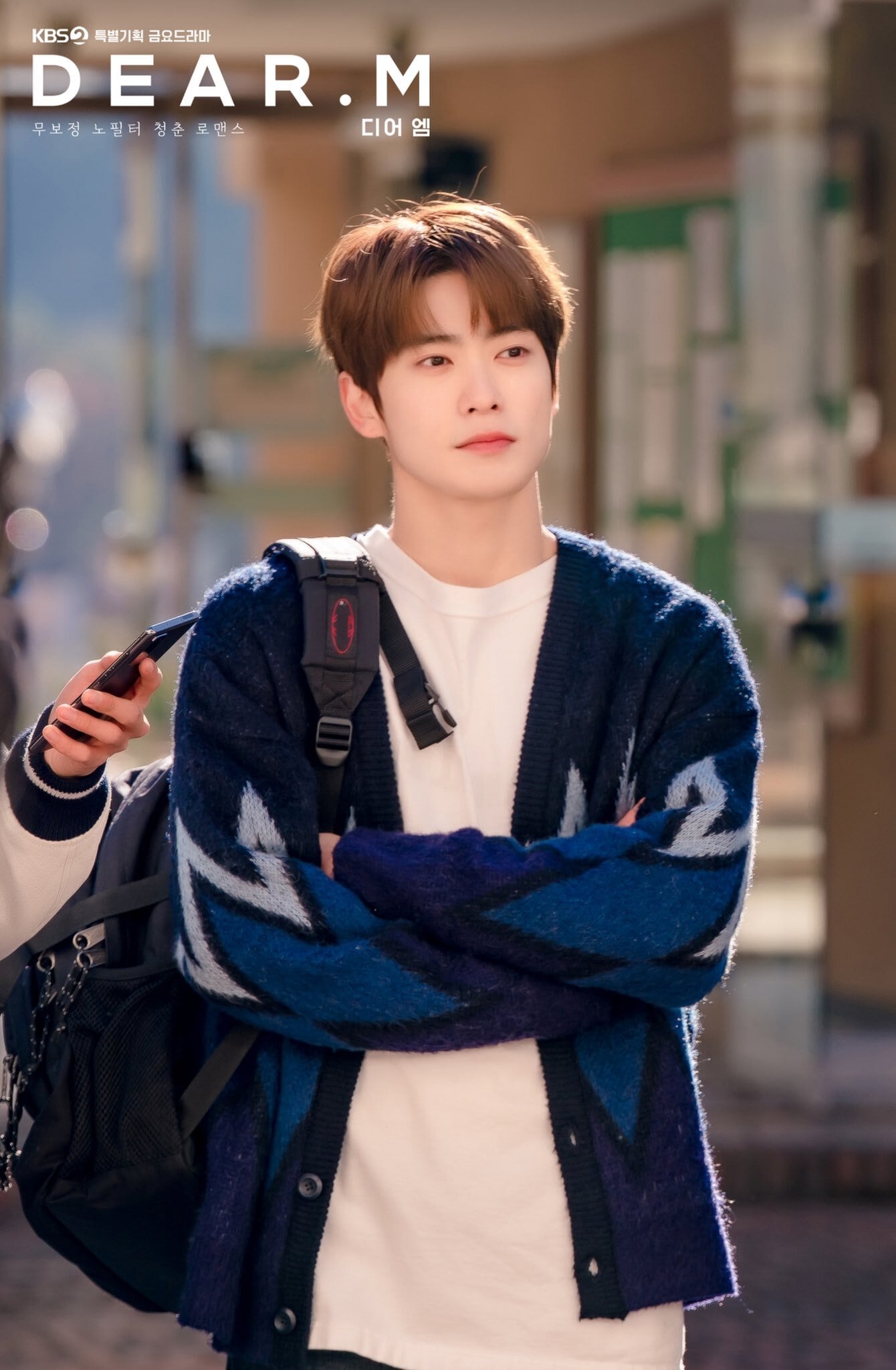 Cha Min Ho is a cheeky and playful character who seems clumsy on the outside but becomes serious when he is obsessed with something. He’s known for having a brilliant mind in his department, and he has exceptional skills in app development. Although he’s developed an app for dating, Cha Min Ho’s relationships have never lasted for more than one month. 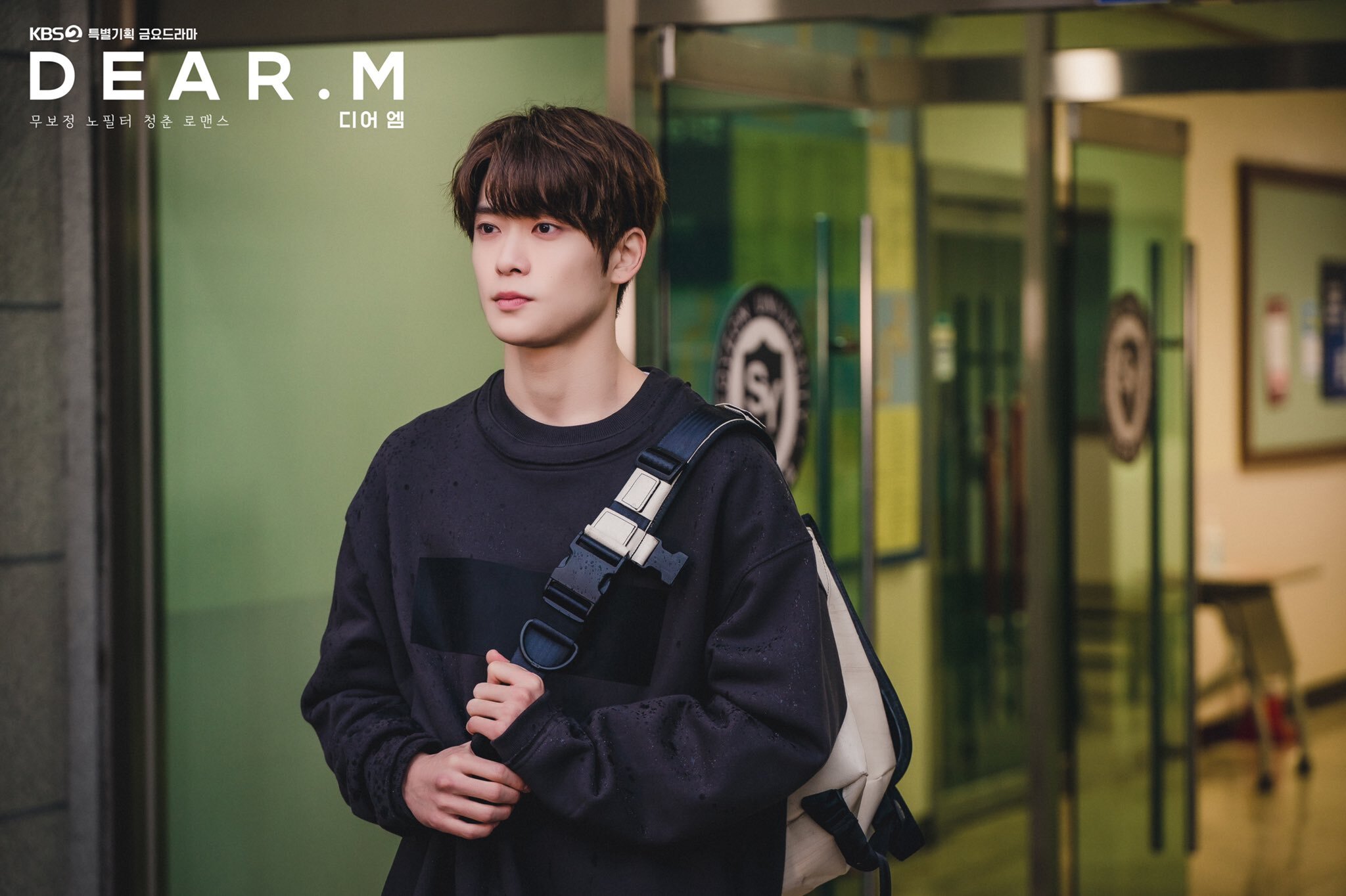 Furthermore, Cha Min Ho is called a pushover by Ma Joo Ah. The two have been best friends for 12 years, and they’re close like siblings. An interesting point to look out for in the upcoming drama will be Cha Min Ho and Ma Joo Ah’s chemistry as they constantly bicker. 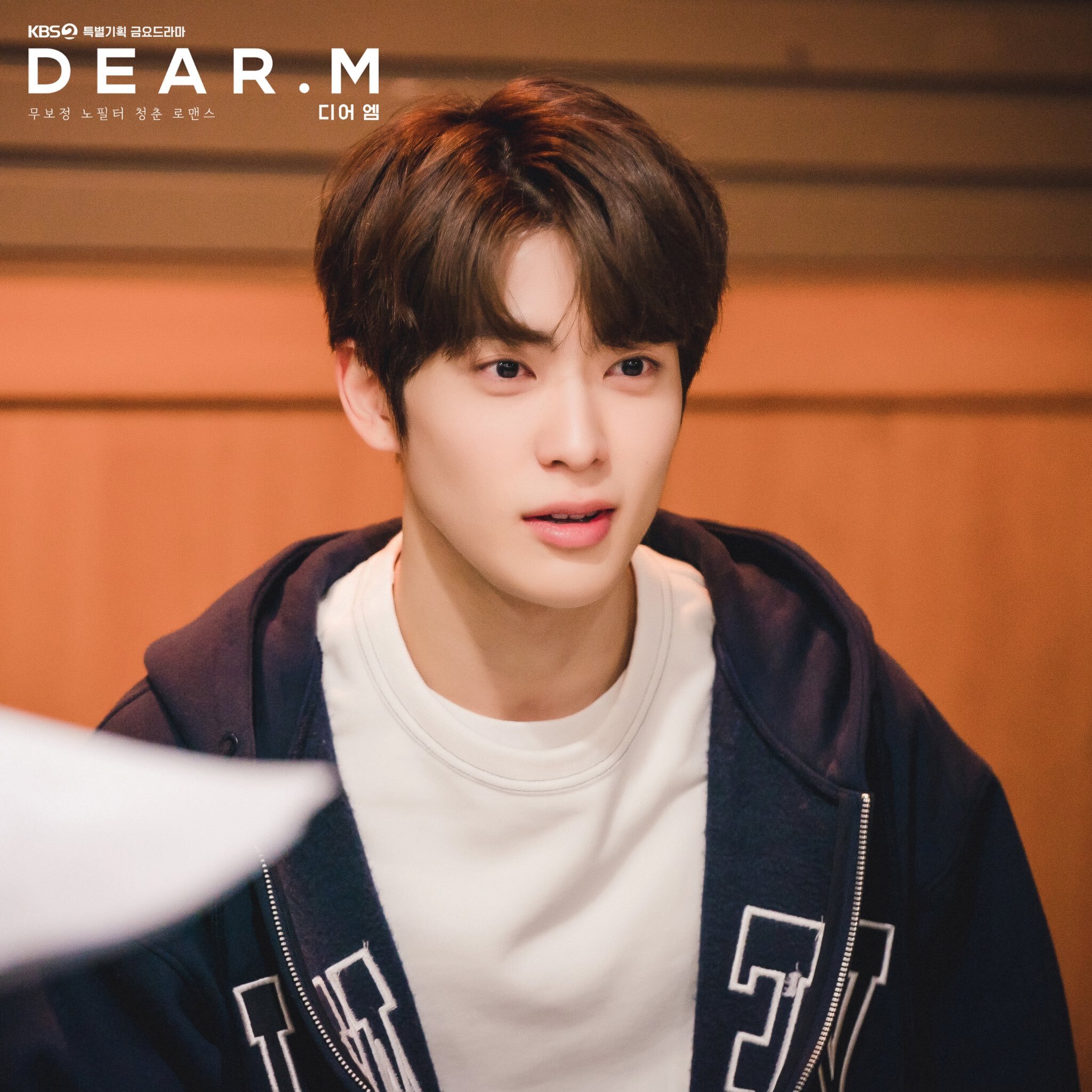 The production team shared, “Cha Min Ho is a character who will depict the reality and dream that anyone has had about having a friend of a different gender. Please look forward to Cha Min Ho’s diverse charms as he sometimes acts as a mischievous younger brother and sometimes as a reliable older brother to Ma Joo Ah.”

“Dear.M” will premiere on February 26 at 11:10 p.m. KST and will be available on Viki with English subtitles!