In the drama, Choi Yoo Hwa will be Hae Mo Yong, who is determined to control Goguryeo and play with it as she wants. She is a woman with a beautiful face, a meticulous personality, a special power to foresee the future, and a big secret of her own.

In the new stills, Hae Mo Yong exudes a mystical aura, which is further enhanced by her enchanting appearance. Her eyes are intense with a hint of mischievousness, and they seem to penetrate through everything and everyone. Her outfit is also eye-catching. As the adopted daughter of Hae Ji Wol (Jung In Kyum), one of the most powerful men of Goguryeo, she owns unique clothing and jewelry that shows the dignity of the Hae family. She will be able to pursue her ambitions with the help of her adoptive father’s power, and she will dominate Goguryeo with her mysterious, manipulative ways. 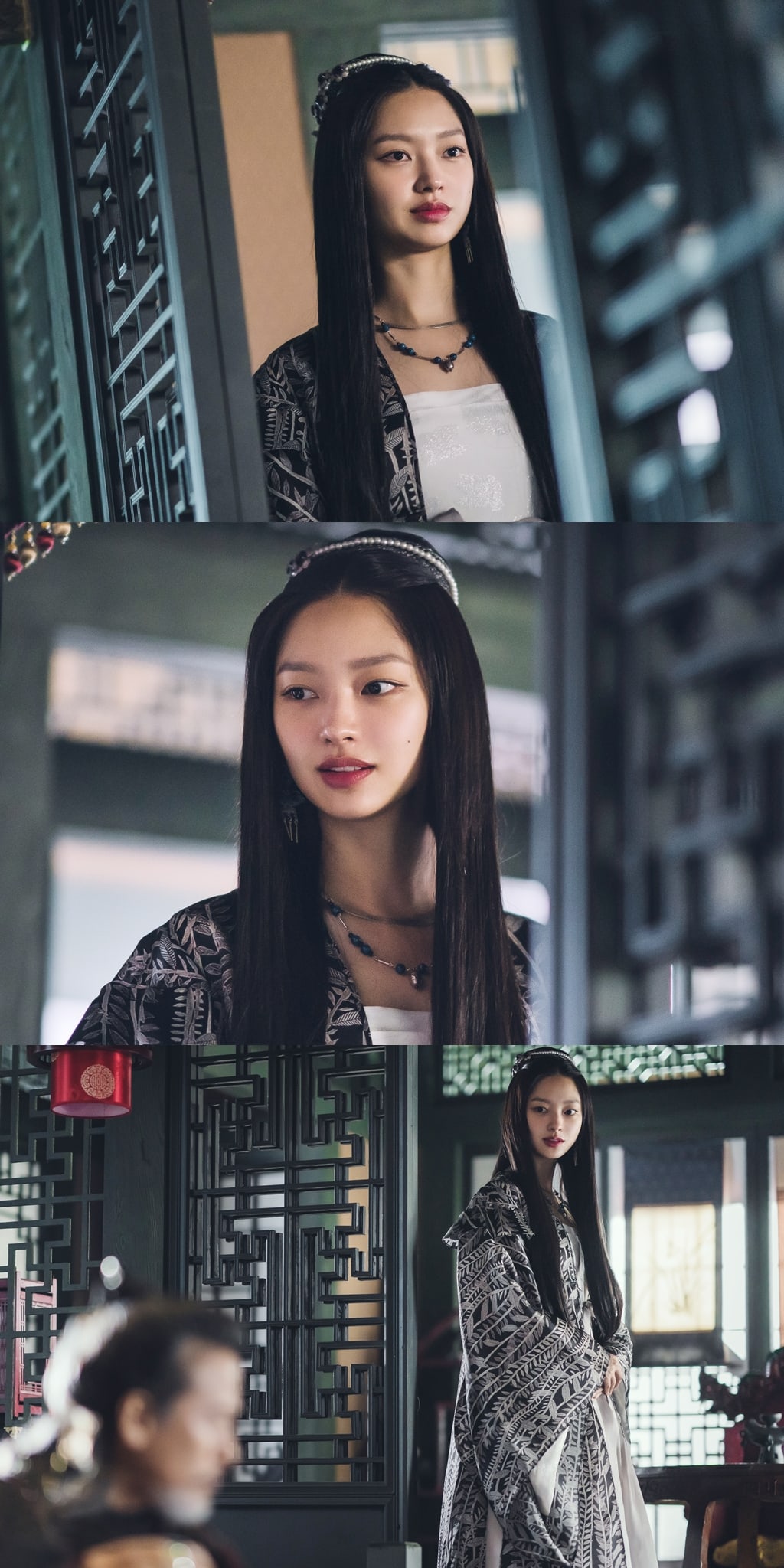 The production team shared, “Hae Mo Yong’s secret will greatly affect the development of the drama. As it is such an important role, Choi Yoo Hwa and the production team are creating Hae Mo Young with extraordinary passion. Please look forward to Hae Mo Young’s strong impact in the drama, and we ask you to wait for the premiere of ‘River Where the Moon Rises.'”

“River Where the Moon Rises” premieres on February 15 at 9:30 p.m. KST and will be available with subtitles on Viki.

Choi Yu Hwa
River Where the Moon Rises
How does this article make you feel?