An interesting episode of JTBC’s “Run On” awaits!

Previously, Oh Mi Joo broke up with Ki Sun Kyum due to the interference of his father Ki Jung Do (Park Young Gyu), while Seo Dan Ah confessed to Lee Young Hwa and the pair started to date.

In new stills, the four young men and women are gathered together to celebrate Seo Dan Ah’s birthday. Ki Sun Kyum and Oh Mi Joo have most likely been summoned to help out with the event. 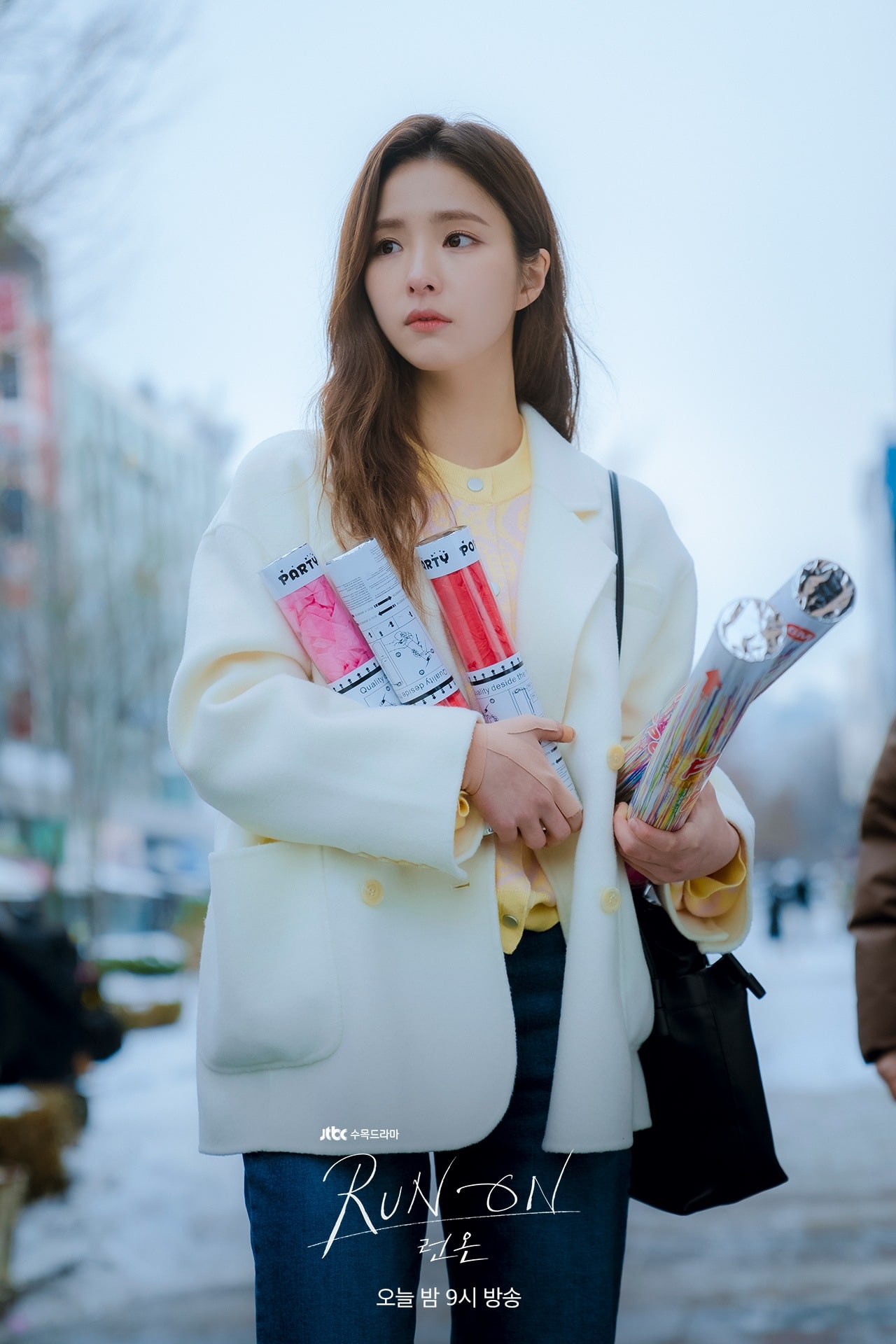 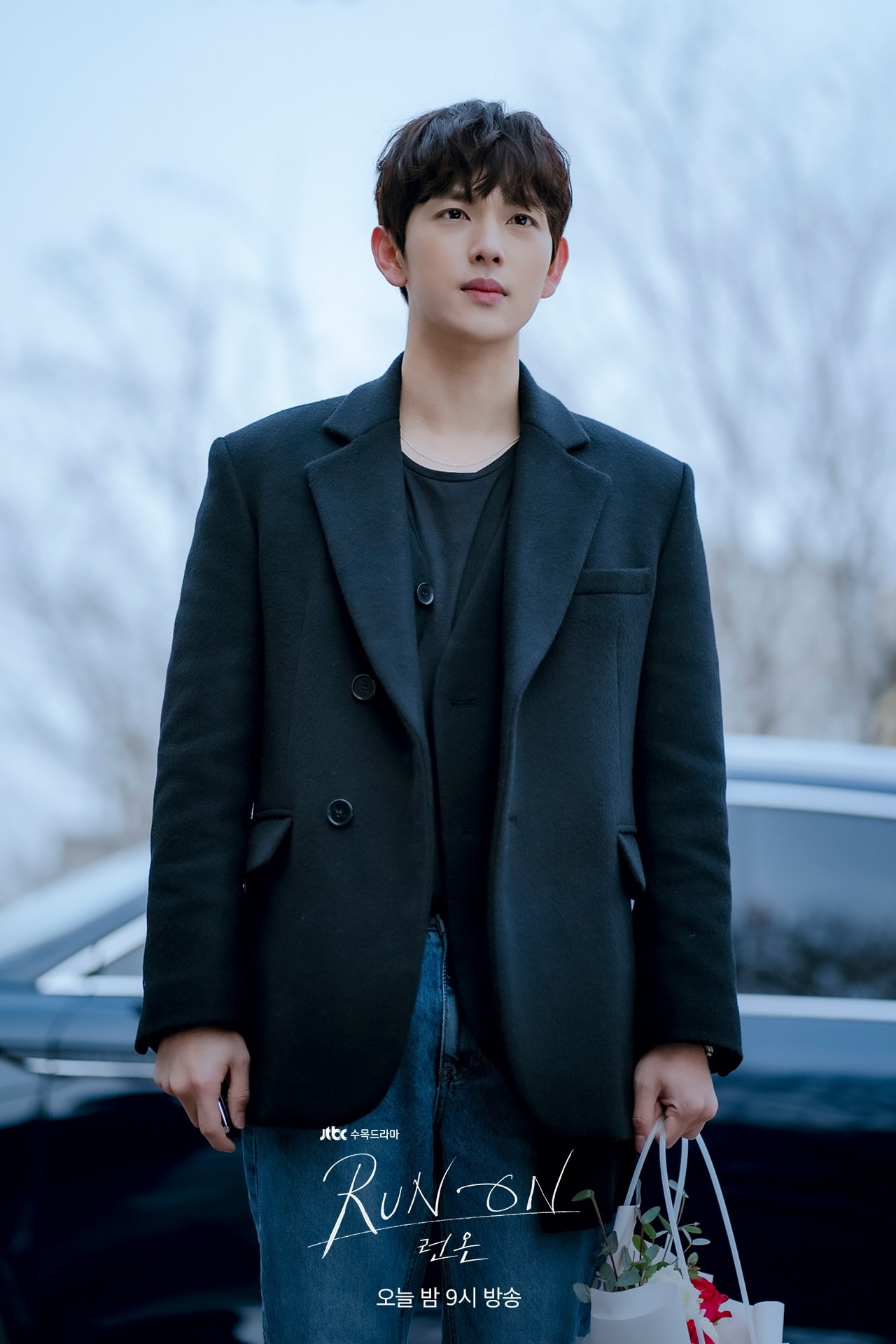 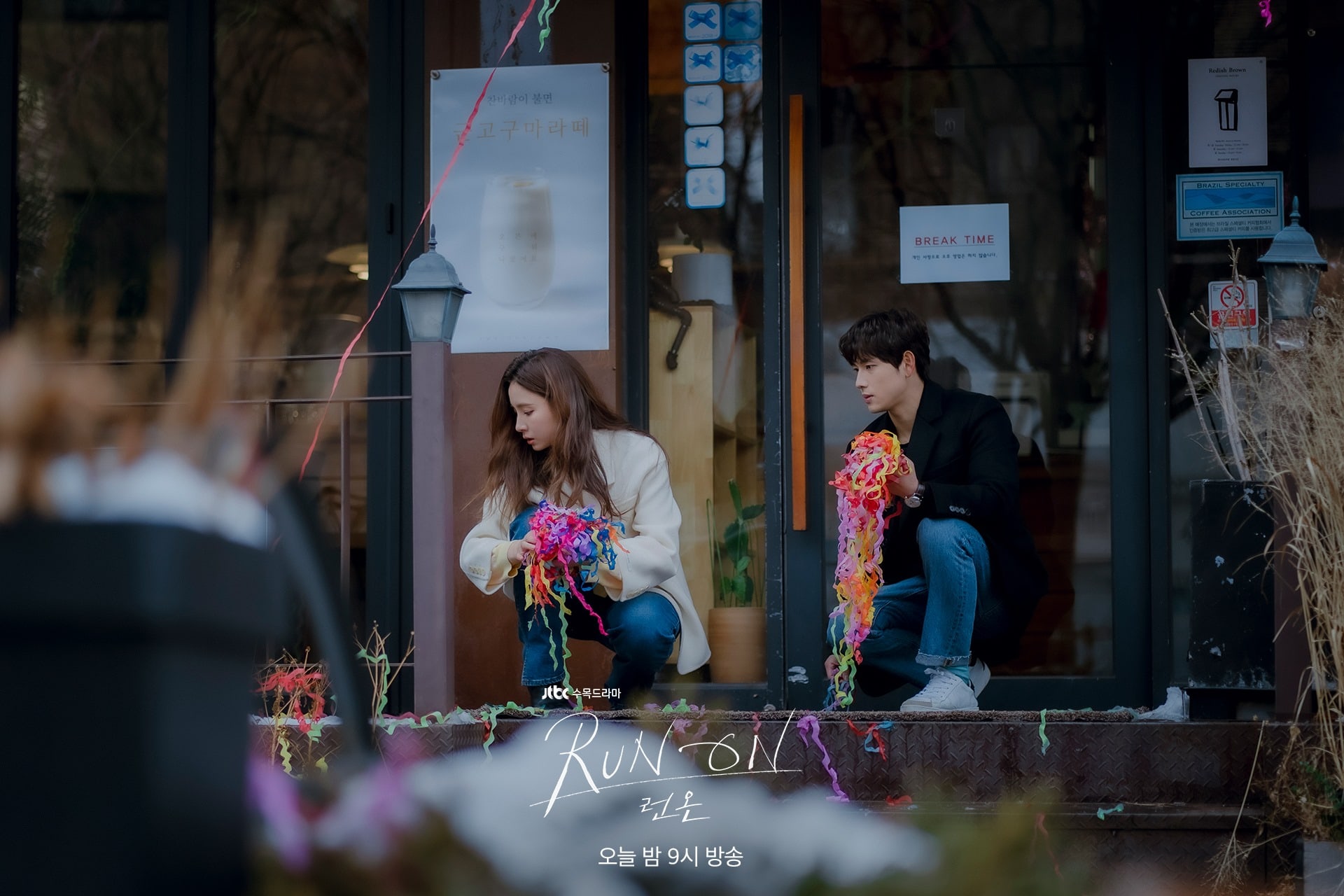 However, the party appears to be a mess, as Go Ye Joon (Kim Dong Young), Seo Tae Woong (Choi Jae Hyun), and Jung Ji Hyun (Yun Je Wook) have gotten into a fight and Seo Dan Ah looks on with a serious face. The embarrassed expression Lee Young Hwa makes suggests that the event is not going as planned. Moreover, it remains to be seen whether the mess of a party will have any kind of effect on Ki Sun Kyum and Oh Mi Joo’s relationship. 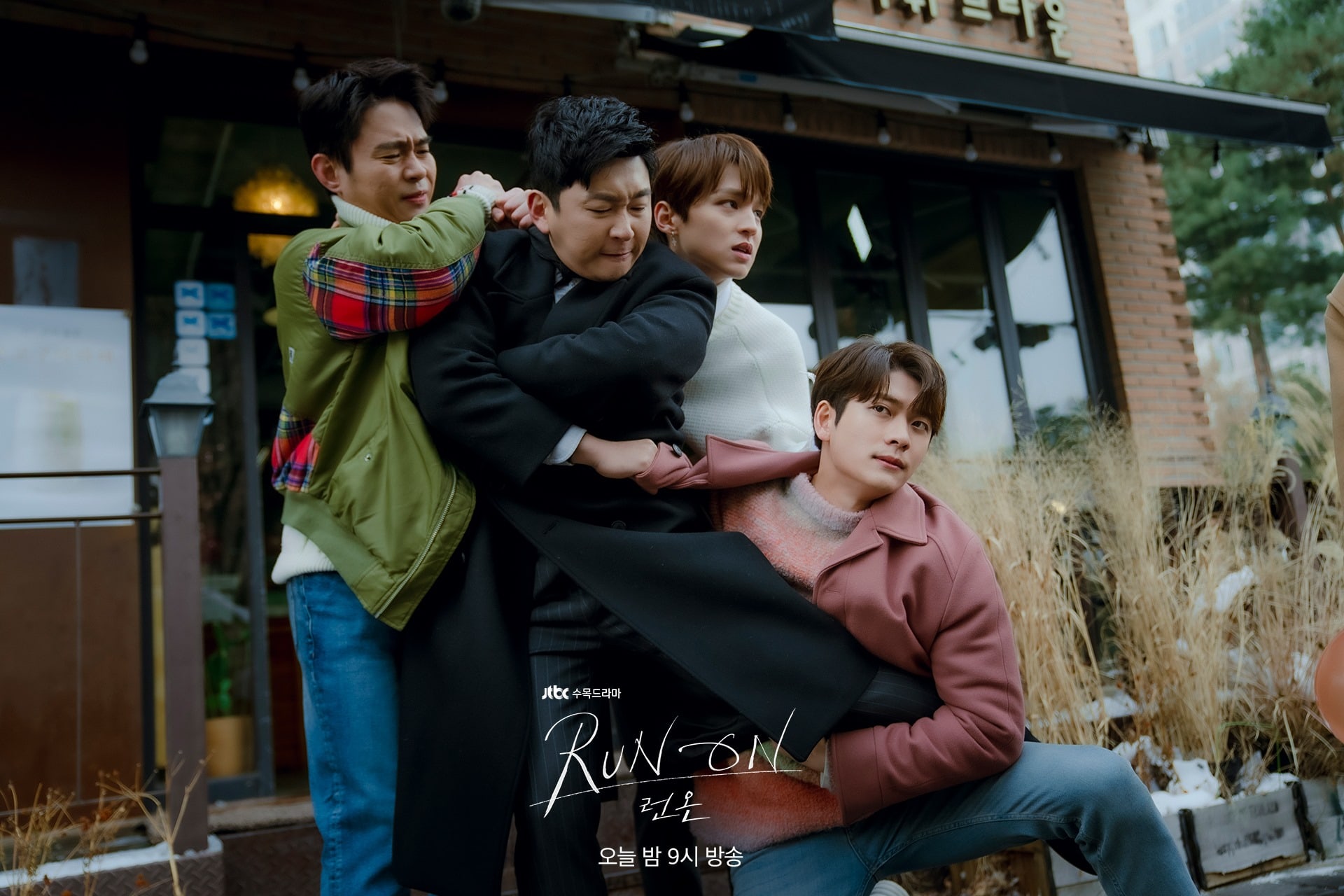 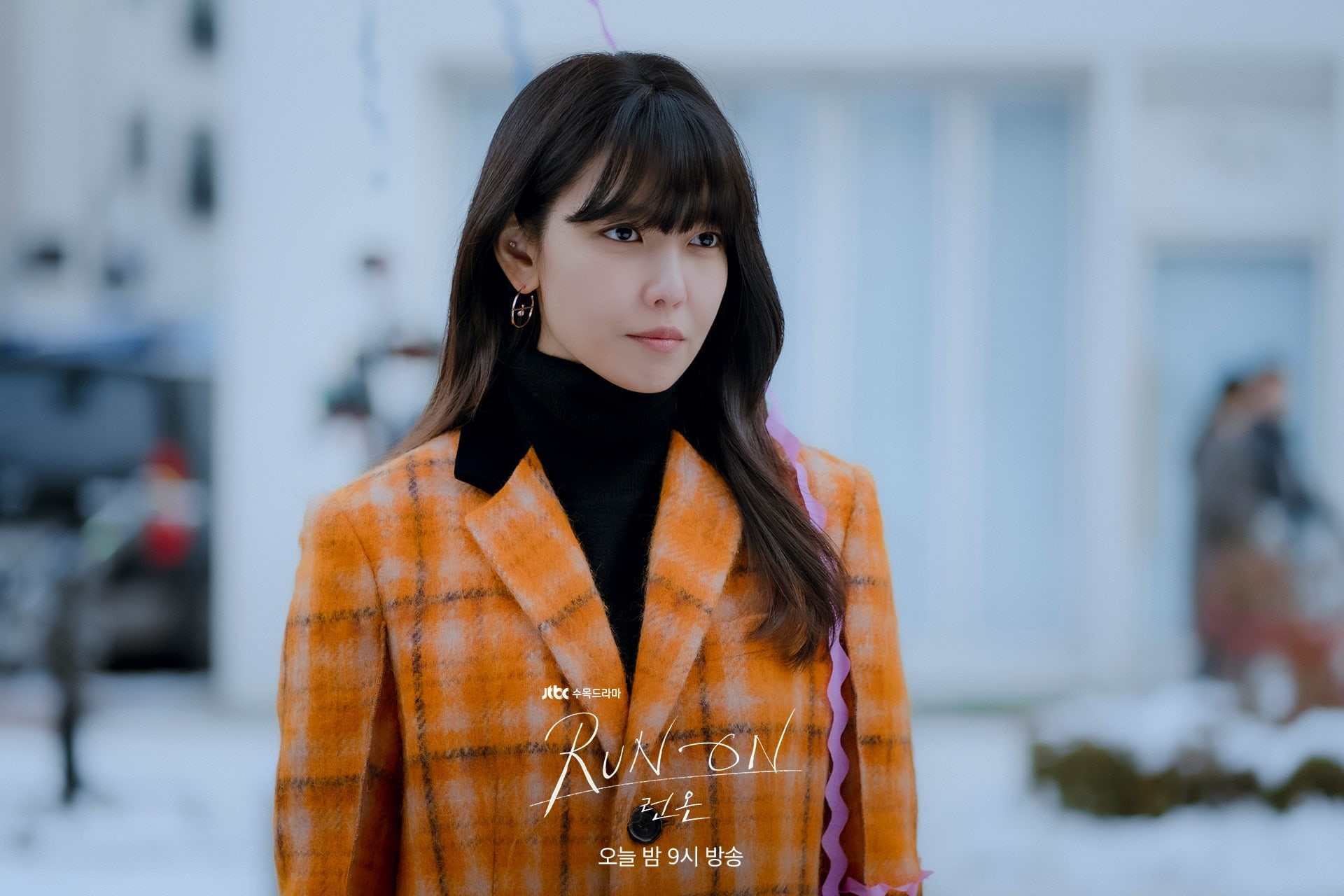 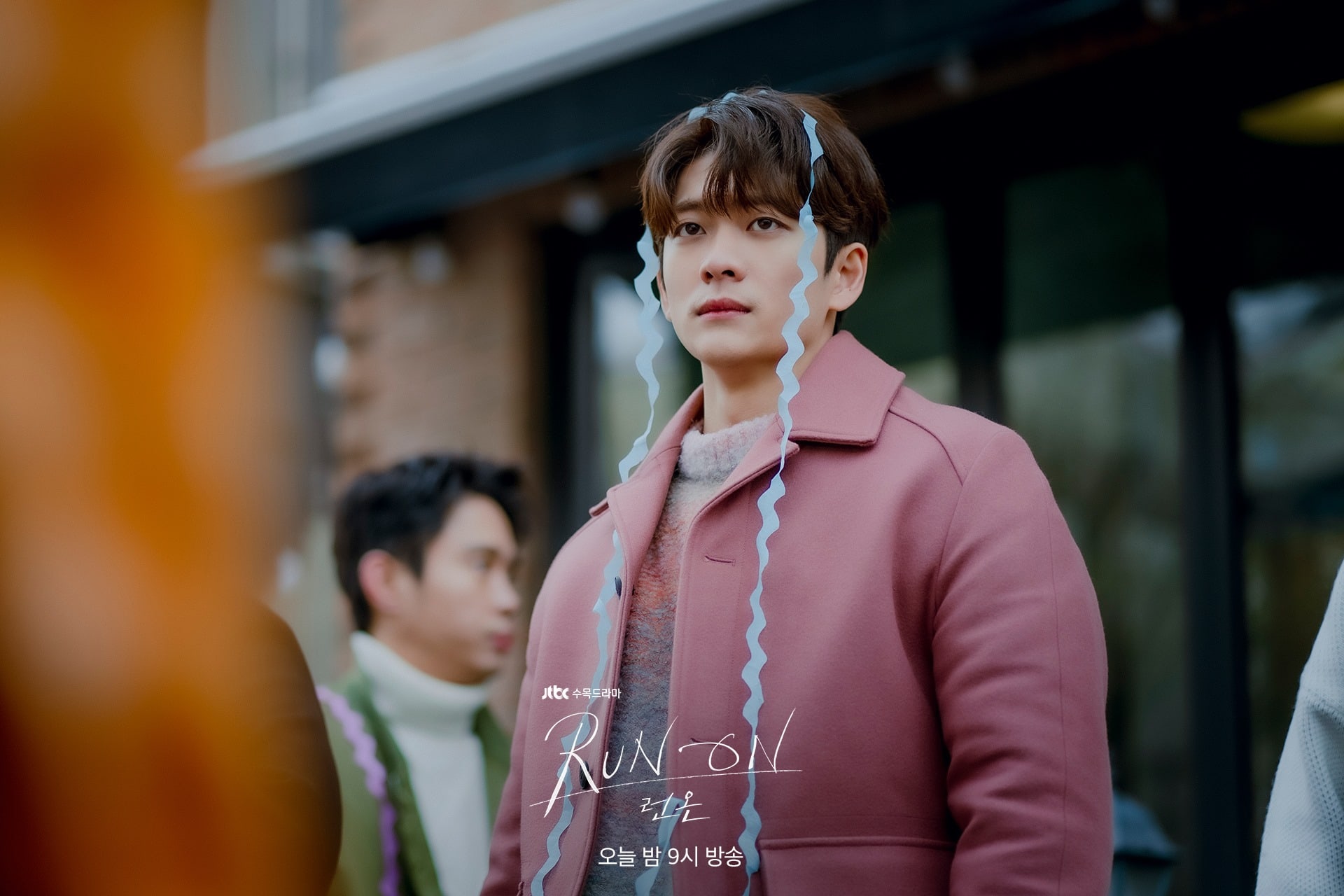 The production team shared, “The Kyum-Mi (Ki Sun Kyum and Oh Mi Joo) couple who broke up during a tearful night come across each other once more at Seo Dan Ah’s party when they’re called by Lee Young Hwa. The pair expresses how long they’ve missed each other through their gazes. The Dan-Hwa (Seo Dan Ah and Lee Young Hwa) couple that has just begun their relationship and are getting to know each other will grow closer as a result of the birthday party. Please keep a close eye on the different progresses of the two couples.”

In other stills of a different moment, Ki Sun Kyum hugs Oh Mi Joo from the back with a tearful expression. He holds on to her as if he’ll never let her go. 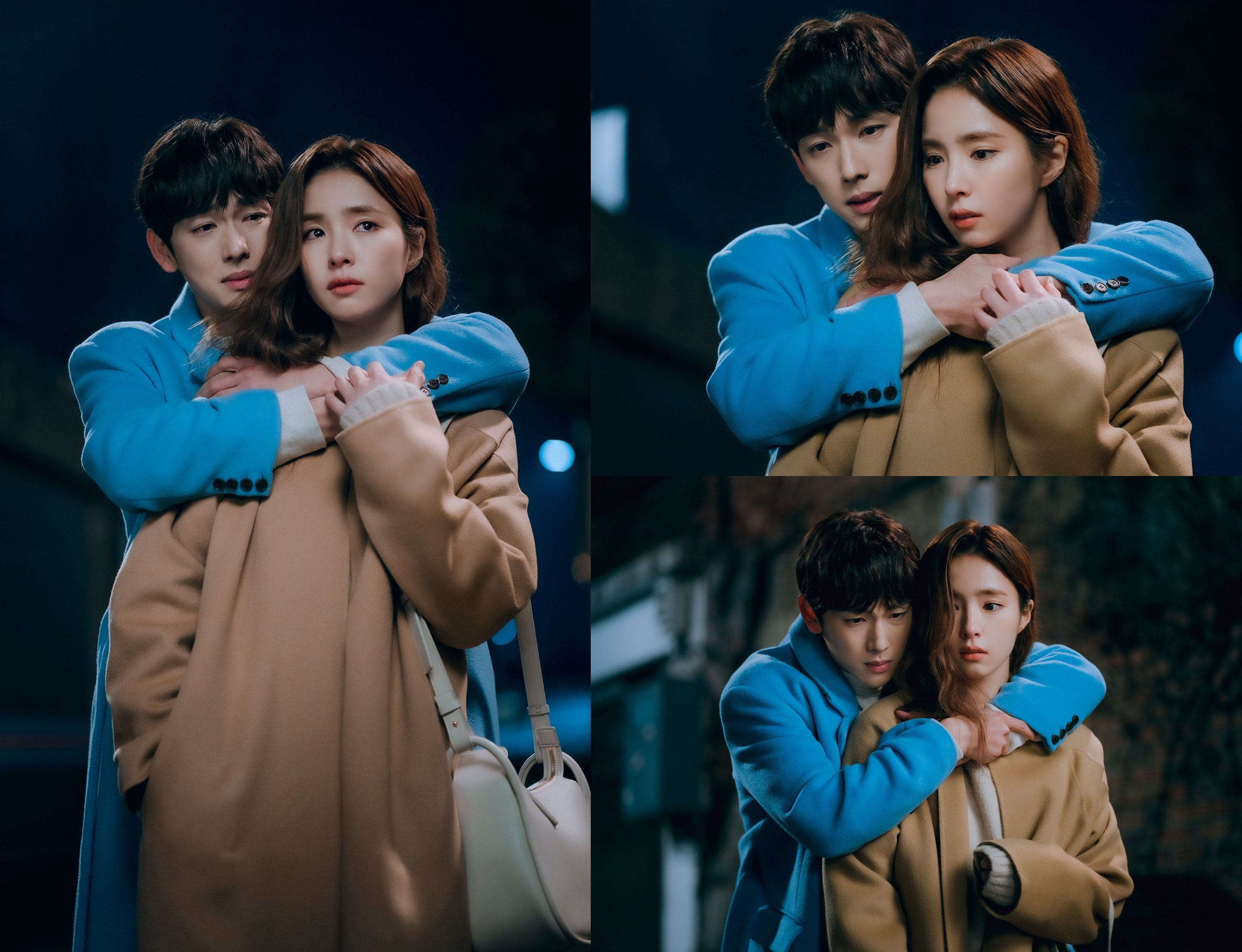 The producers added, “Ki Sun Kyum and Oh Mi Joo, who come to realize their uncontrollable feelings due to a sudden crisis, will hold on to those overflowing emotions and carefully reflect on how they feel.”