Jo Yeo Jeong, Go Joon, And Kim Young Dae Get Closer To The Truth In Climactic Finale Of “Cheat On Me If You Can”

KBS 2TV’s “Cheat on Me If You Can” has only one more episode to go!

In episode 15, it was revealed that Baek Soo Jung’s (Hong Soo Hyun‘s) death was connected to the president nine years ago. It was also suggested that her father Park Jae Geun (Choi Jung Woo), who is currently a presidential candidate, was also deeply related to the case. Kang Yeo Joo suspected Baek Soo Jung’s agency CEO Yoon Hyung Sook (Jun Soo Kyung) to be the culprit, but someone else showed up at the police station to turn themselves in as the culprit.

With the truth far from reach again, KBS 2TV shared stills of Kang Yeo Joo concentrating on writing her new novel “Cheat on Me If You Can,” which may be the final key to the truth. Her face shows a mixture of various emotions, including both determination and fear about figuring out the secret behind her work “Secret Prayer Room,” which had previously put her in danger. 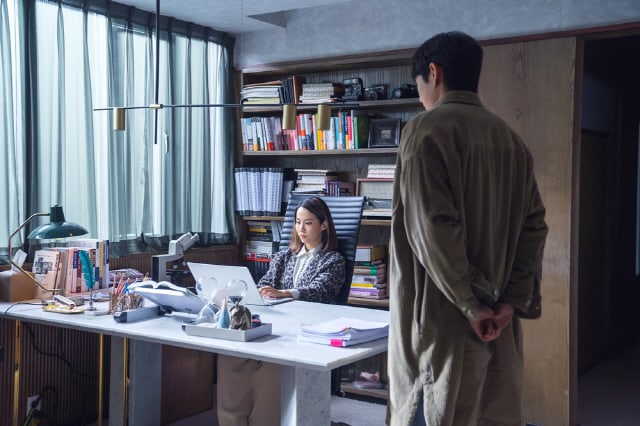 Appearing to have made a decision, she heads out holding a paper envelope, and Cha Soo Ho (Kim Young Dae) stops her in her tracks. He is aware that Ma Dong Kyun (Oh Min Suk) of the National Intelligence Service has approached Kang Yeo Joo while disguised as the CEO of a publishing house, and it remains to be seen what kind of choices Cha Soo Ho will make between Kang Yeo Joo and Ma Dong Kyun. 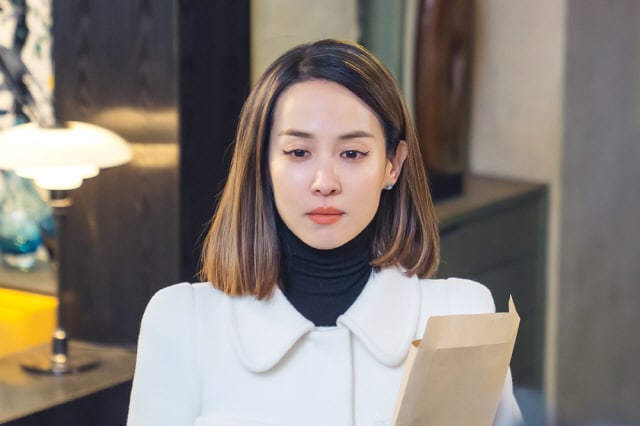 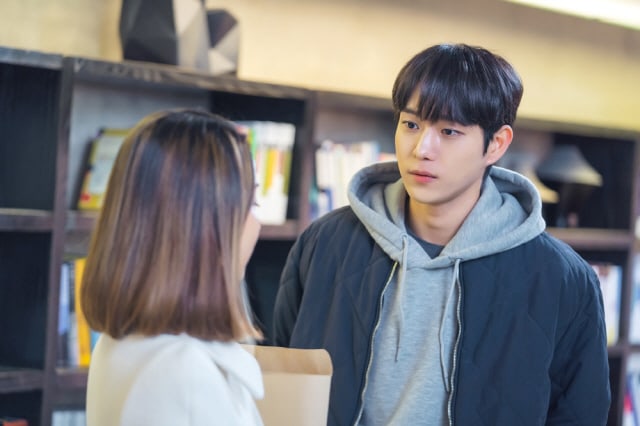 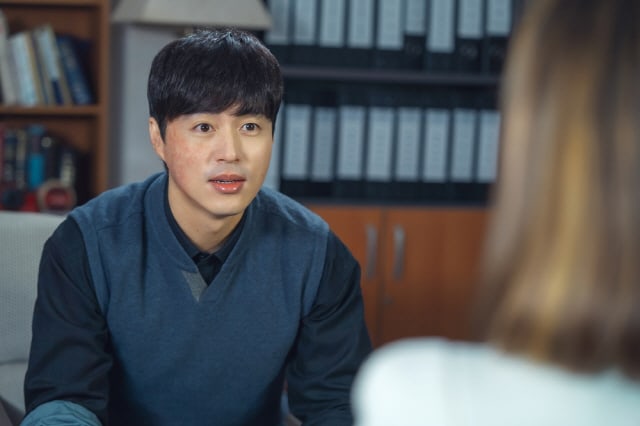 In the preview of episode 16, Kang Yeo Joo was shown handing over the envelope to Ma Dong Kyun. Will her new book be published and shed light on the truth behind Baek Soo Jung’s murder as well as the “secret prayer room”?

In another set of stills, Han Woo Sung has been kidnapped by unidentified assailants. While he is covered in blood and losing consciousness, Cha Soo Ho makes a surprising appearance. When he discovers Han Woo Sung, he approaches him with a sharp knife, giving off a cold-blooded aura.

The drama’s production team explained, “Han Woo Sung, who cheated on his wife Kang Yeo Joo, will face the brink of death.” With just one more episode to go, viewers should be able to find out who these kidnappers are and whether Han Woo Sung will survive the dangerous situation.

Watch “Cheat on Me If You Can” with English subtitles here!

Jo Yeo Jeong
Oh Min Suk
Go Joon
Kim Young Dae
Cheat on Me If You Can
How does this article make you feel?