Golden Child Members Talk About Filming Their Action-Packed New MV, How Leader Daeyeol Gets The Group To Focus, And More

Golden Child members shared some stories about preparing for their latest comeback!

Just a few days prior, Golden Child released their fifth mini album “YES.” which features the title track “Burn It.” This new era includes a more mature look for the group and they were asked what the atmosphere was like on set when they were taking their album jacket photos. Daeyeol revealed, “We could not contain our laughter to the point where our smiles show in our teasers.”

TAG added, “The scenes where we would look at each other were so funny that I had to pause and laugh.” Jangjun continued, “When other members are filming, we intentionally leave the area so that we can finish faster.” 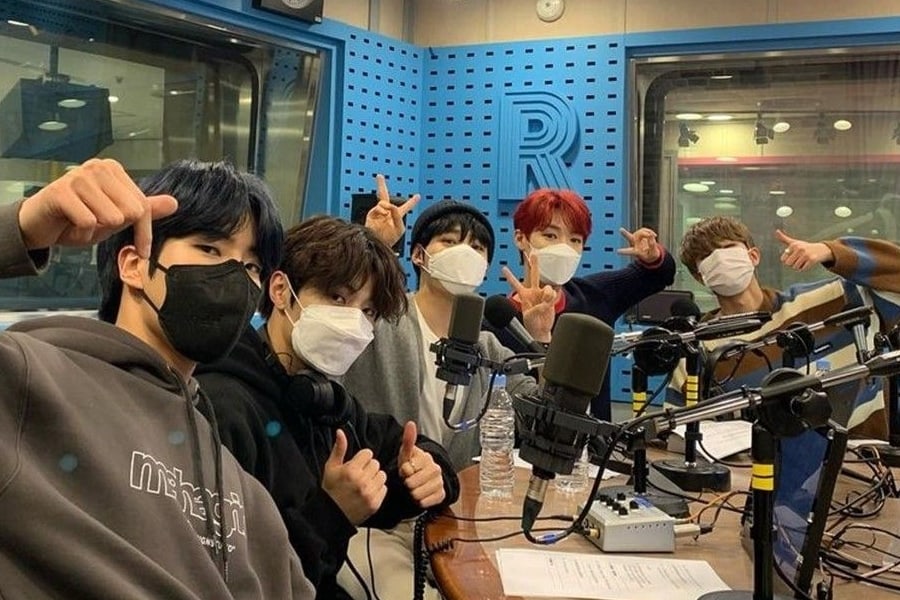 Their cinematic music video for “Burn It” captures each member’s unique mode of survival during a zombie apocalypse. When asked whether they were afraid of the zombies, Donghyun answered, “I tend to get scared easily, so I was scared. When we were actually filming, the actors were so realistic that it was particularly more scary.”

TAG made everyone laugh by sharing, “I had to act but I was worried because I haven’t had a lot of experience acting. However, the zombie actors were so scary that I didn’t have to act. I was able to do it naturally.”

The group also picked Y as the member who showcased the best acting and Jangjun praised him as he shared, “There’s a scene where Y is on top of a bus and he lights a flame with his bare hands. His movements were of someone who knew what they were doing.”

DJ Lee Joon also asked Golden Child’s leader Daeyeol what he does to get his members to focus when they practice. Daeyeol replied, “As the leader, I kind of have to take charge before practice starts. If I give them the feeling that I’ll get mad if they don’t focus, then they focus well. That’s how we complete things that should take 4-5 hours in 1-2 hours. Although I feel sorry to my members, I act strictly.”

Jangjun chimed in, “Even if one person slightly messes up, he addresses the entire group.” Daeyeol explained, “If I address the whole group, the group’s synergy improves.” TAG responded, “I don’t know who he’s talking to so I end up working even harder thinking, ‘Is it me?'”