“Summer Guys” is said to be like a Korean version of “Coyote Ugly” and “Cocktail,” with the key themes of youth, dancing, and music. It follows the story of five young people who get together to revive an old cocktail bar at the beach.

The poster features the five main cast members at their cocktail bar. It reads, “The dreams and passion of youth get shaken up with love!” 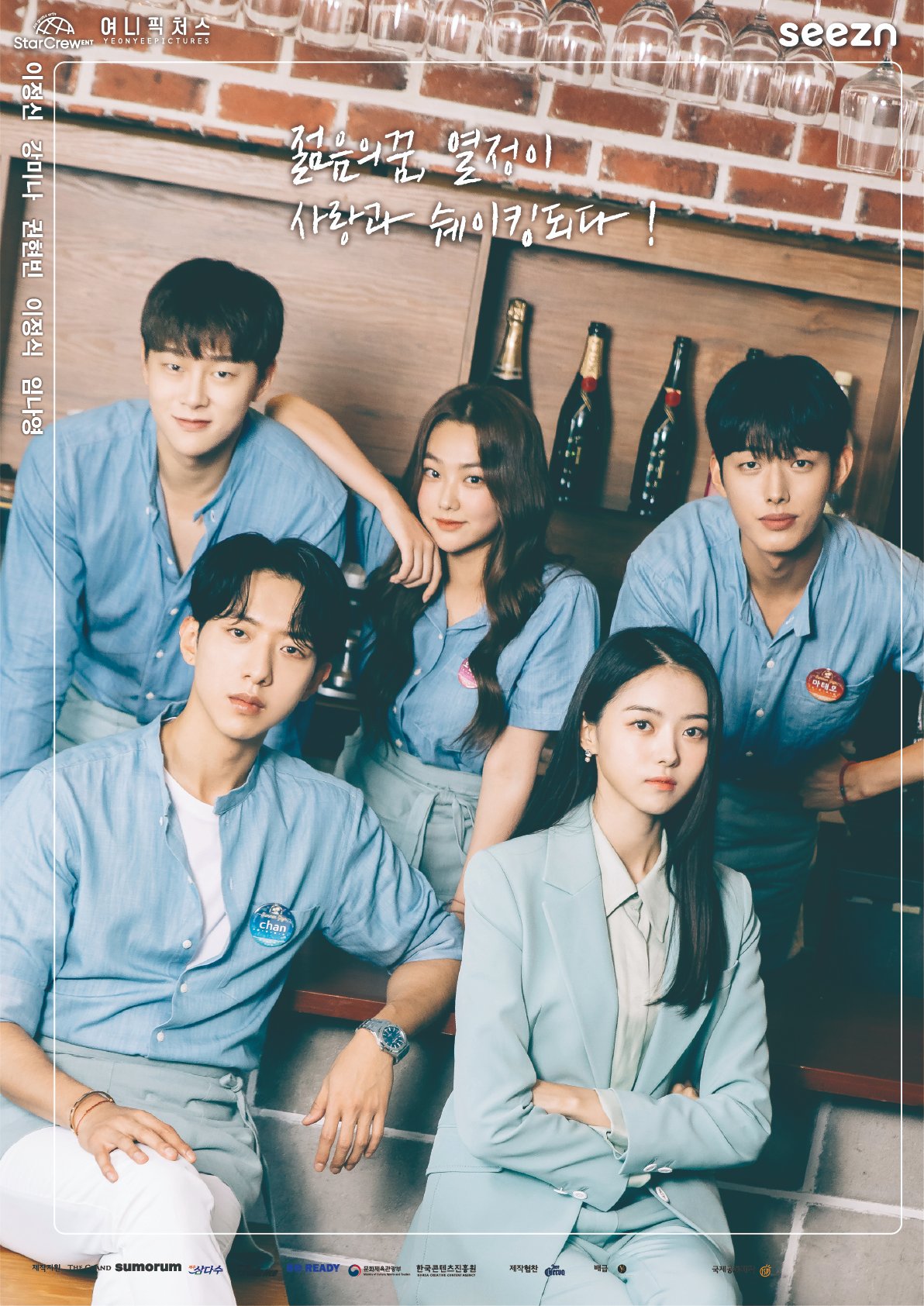 “Summer Guys” premieres on March 30 through KT Seezn and will air 30-minute episodes every Tuesday and Wednesday for a total of 10 episodes. In Japan, the drama will be streamed through the platform ABEMA. Globally, “Summer Guys” will be available in over 100 countries via OTT (over-the-top) streaming platforms.

In the meantime, check out Mina in “Hotel Del Luna” here!