Shin Hye Sun And Kim Jung Hyun Forge An Alliance To Fight Back On “Mr. Queen”

Get ready for Shin Hye Sun to start fighting back on tvN’s “Mr. Queen”!

On the previous episode of the hit drama, Kim So Yong (played by Shin Hye Sun) found her life in danger after Kim Jwa Geun played by Kim Tae Woo) plotted to use her death to hurt King Cheoljong (played by Kim Jung Hyun) and bring him down. While dining with the Grand Queen Dowager (played by Bae Jong Ok), Kim So Yong nearly consumed a drink containing ice that had been laced with poison, but was saved at the last second by Dam Hyang (played by Kang Chae Won).

Armed with the knowledge that she is now a target within the palace walls, Kim So Yong makes up her mind to fight back after her brush with death. In newly released stills from the drama’s next episode, Kim So Yong is lost in thought as she desperately ponders her next move. She ultimately winds up meeting with her father Kim Moo Geun (played by Jeon Bae Soo) alone, raising the question of what she hopes to achieve through the meeting. 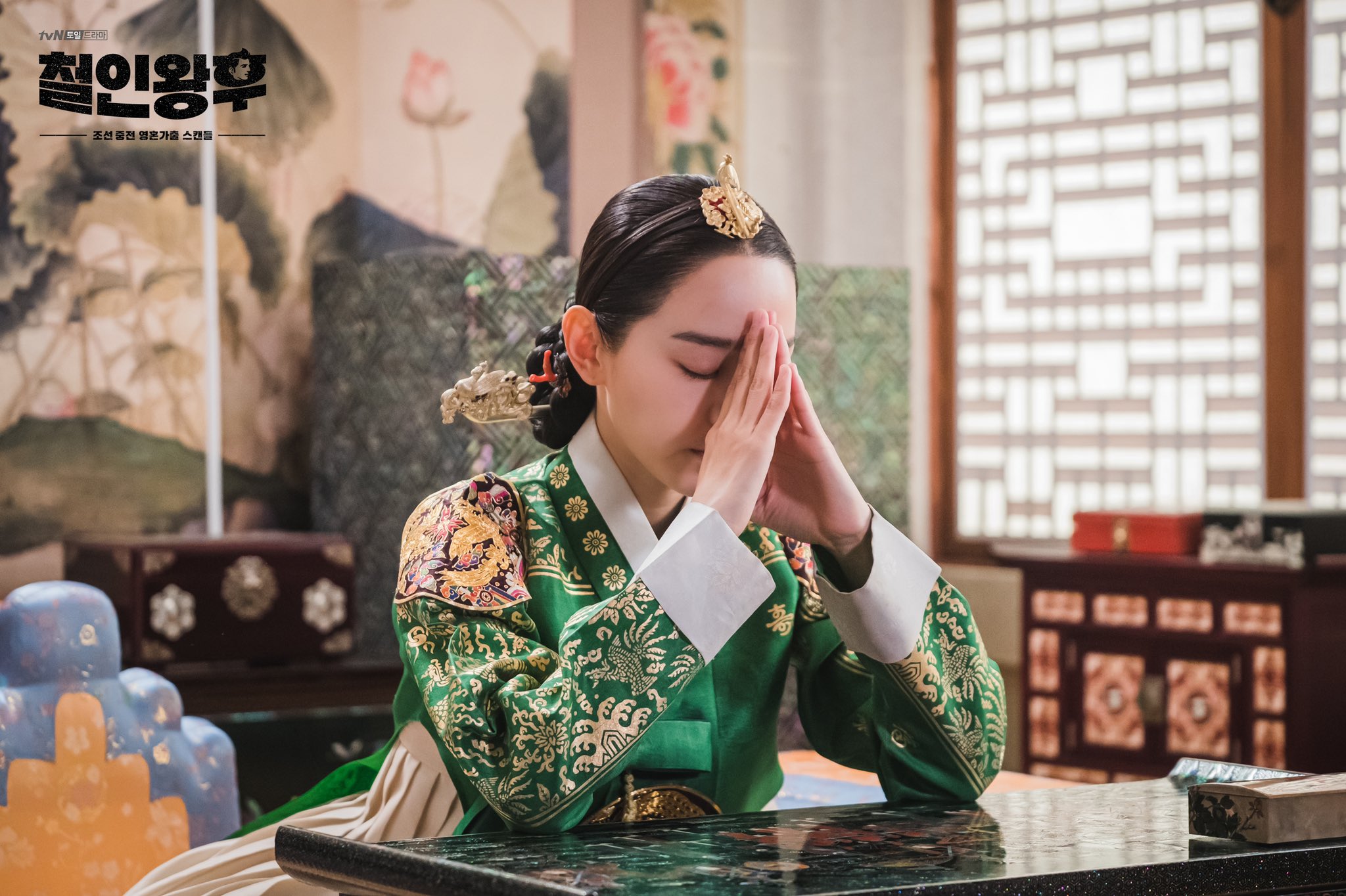 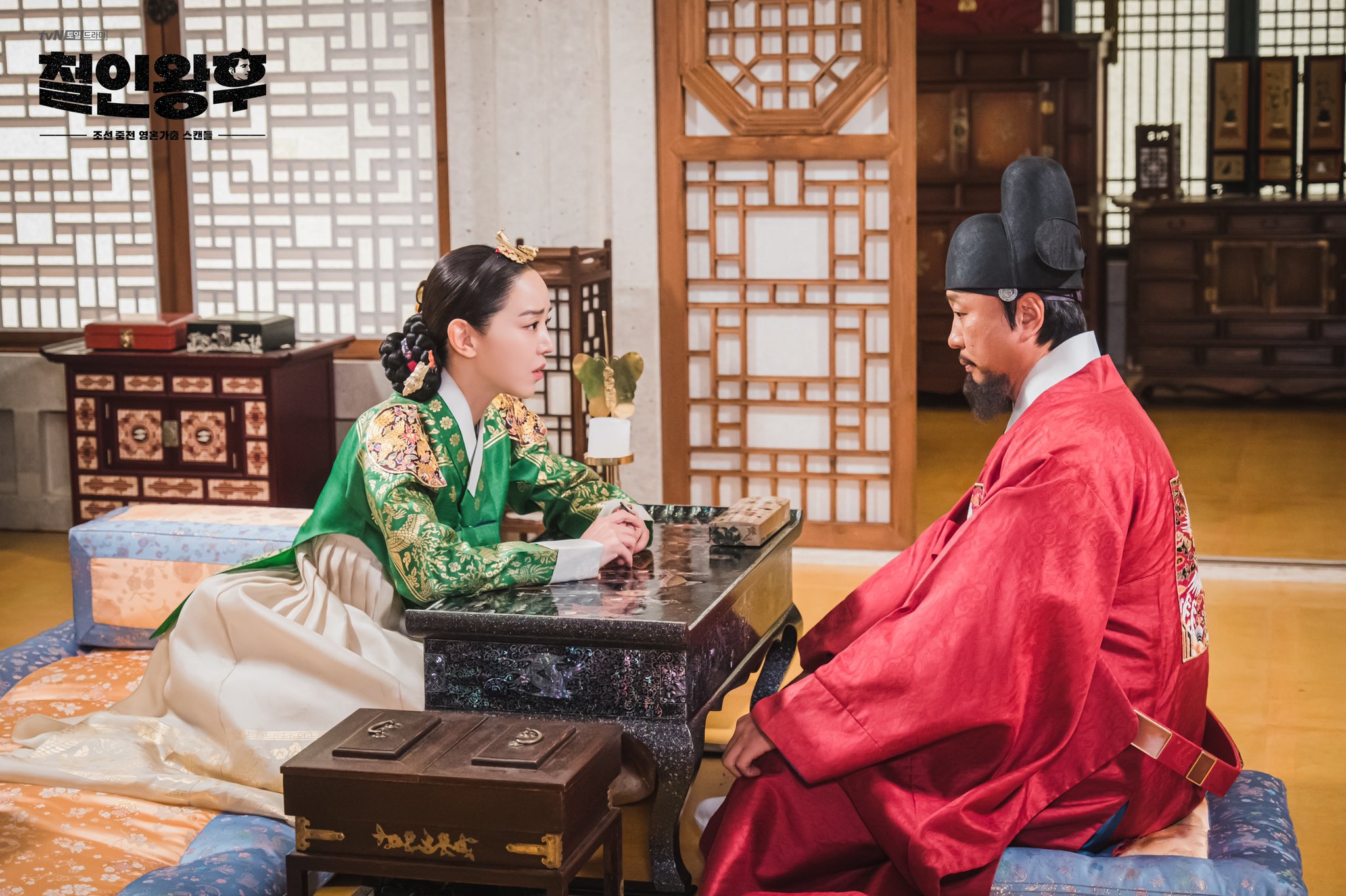 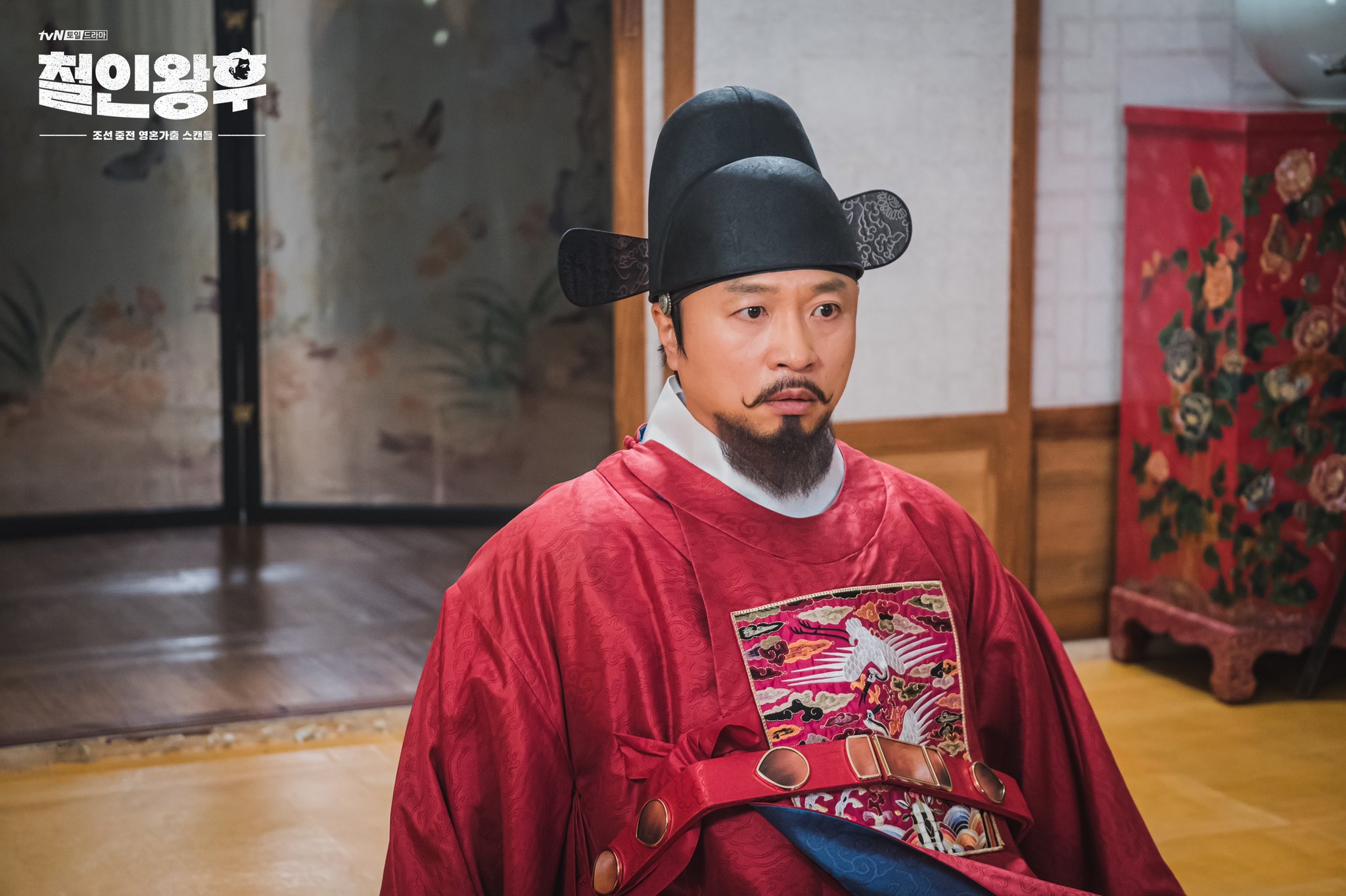 Other photos from the upcoming episode capture Kim So Yong and Cheoljong officially striking up an alliance to fight back against those out for their blood. In contrast to how she usually acts around Cheoljong, Kim So Yong looks serious and somewhat conflicted as she meets her husband over drinks to talk about the situation.

After agreeing to join forces, the couple seals the deal with a love shot—and the look in Cheoljong’s eye as he carefully observes Kim So Yong reveals that he is surprised by the change in her demeanor. 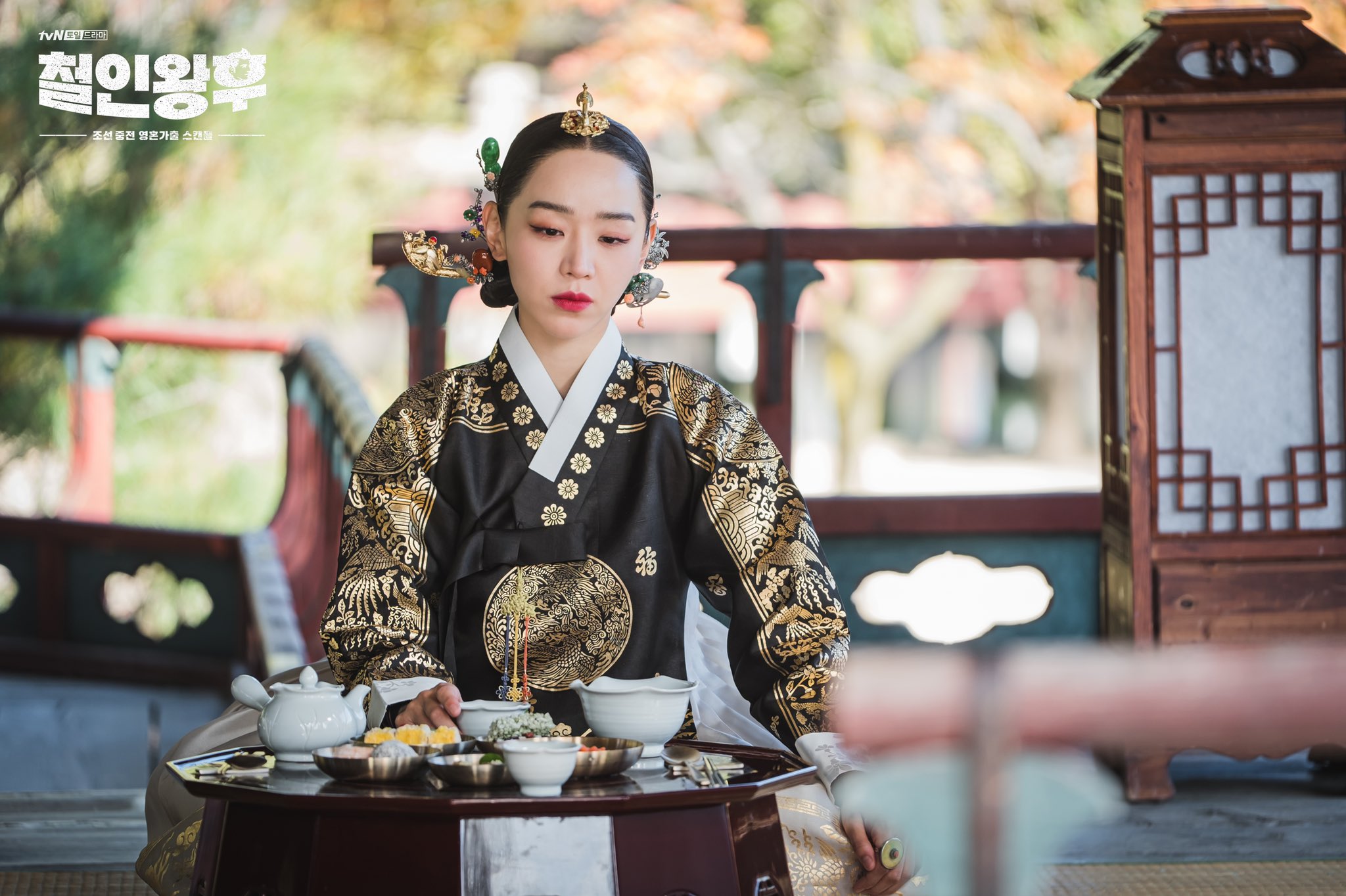 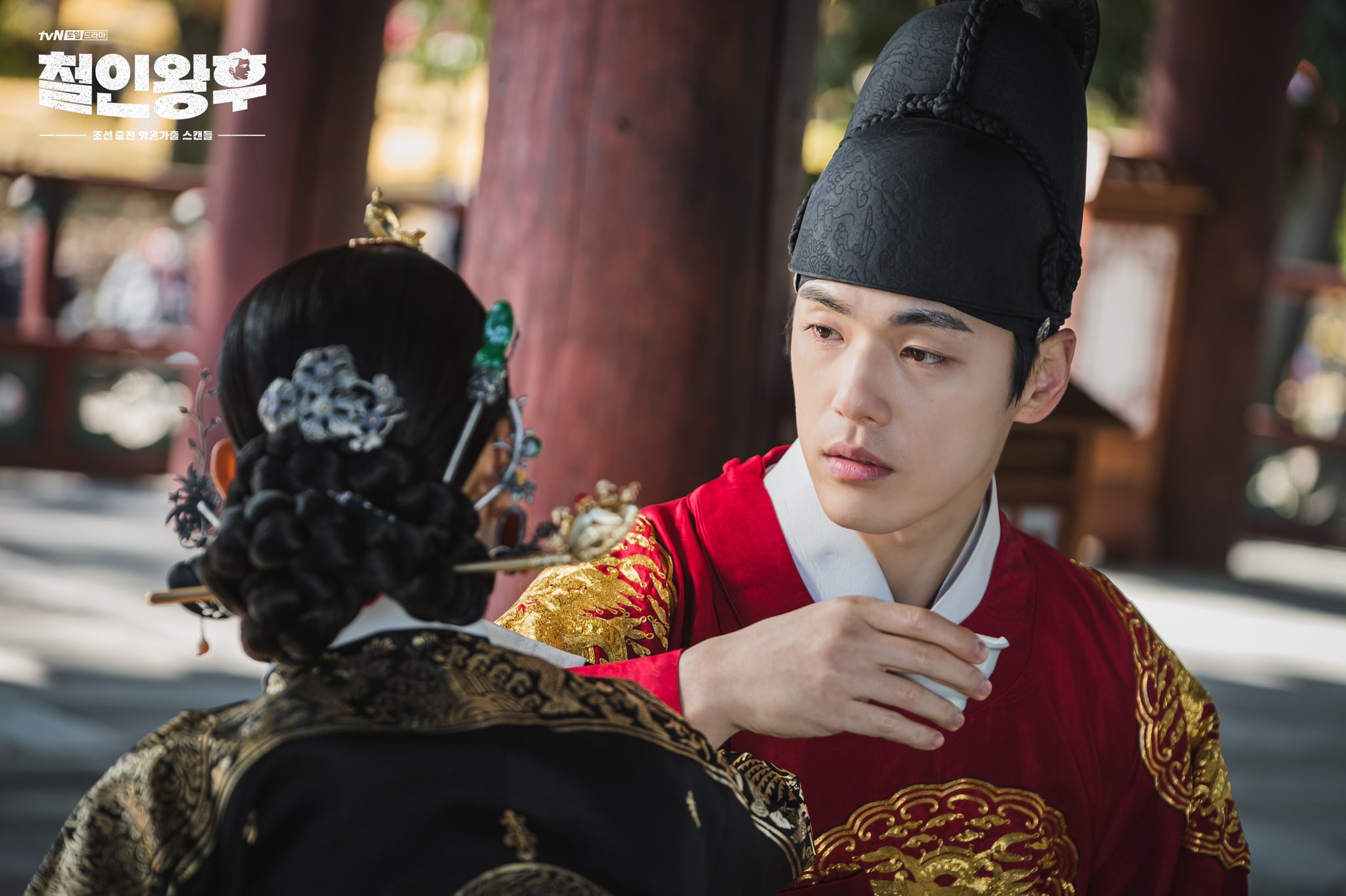 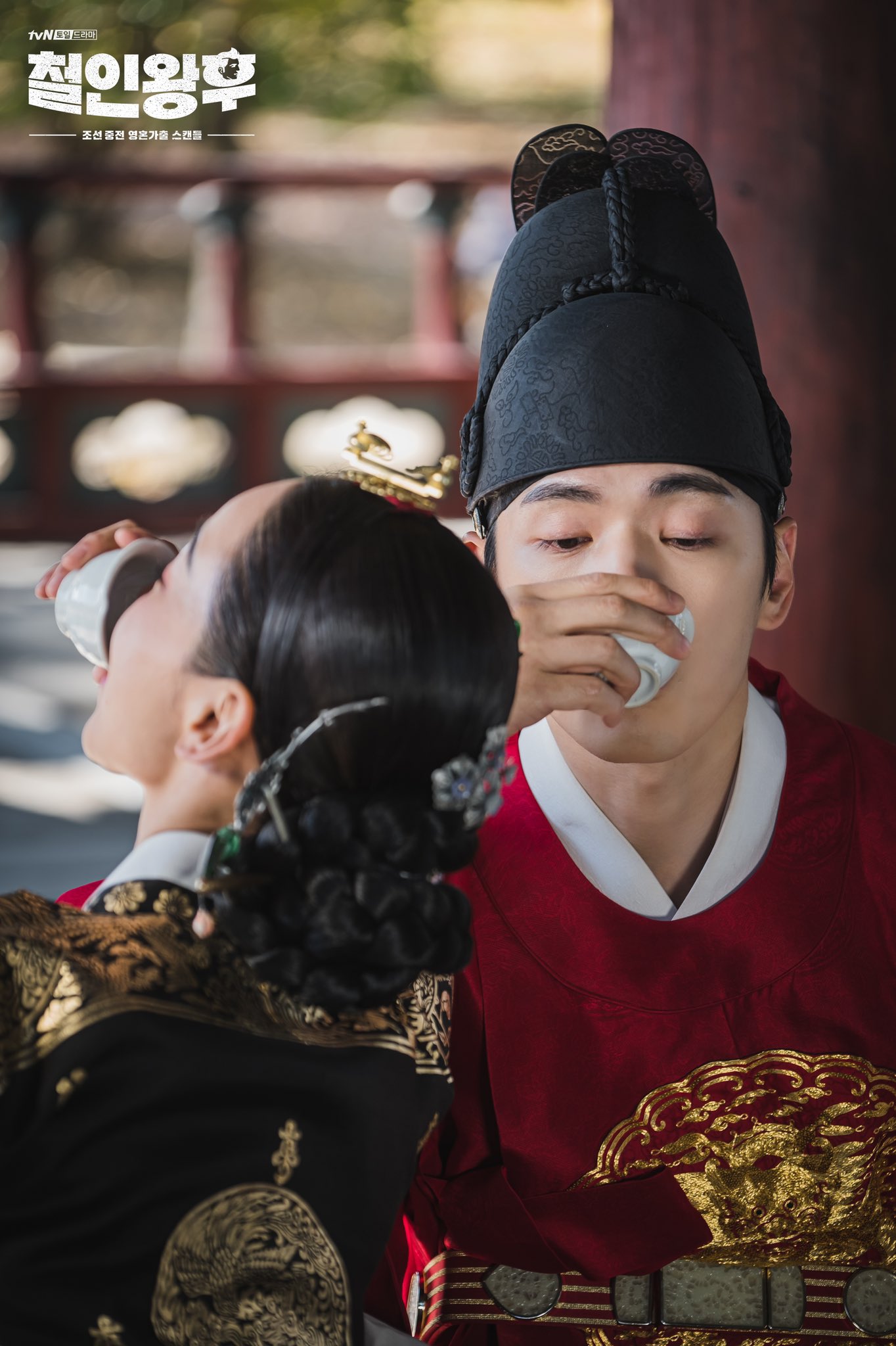 The producers of “Mr. Queen” teased, “Kim So Yong’s vicious battle for revenge against those who have thrown her into danger will give viewers a refreshing vicarious thrill. It will also be fun to watch how the passionate alliance between Kim So Yong and Cheoljong, who have reached a turning point in their relationship, plays out.”