JTBC has shared another behind-the-scenes look at Won Jin Ah and SF9’s Rowoon on the set of “She Would Never Know”!

The making-of clip shows the brilliant chemistry between the two lead actors.

First off, Rowoon and Won Jin Ah go over their lines and discuss the most effective way to portray them. The director steps in with advice, and Rowoon says his line in a childish tone, making everyone laugh. Off camera, Rowoon and Won Jin Ah joke around, but once they go into filming, they immerse into their characters. 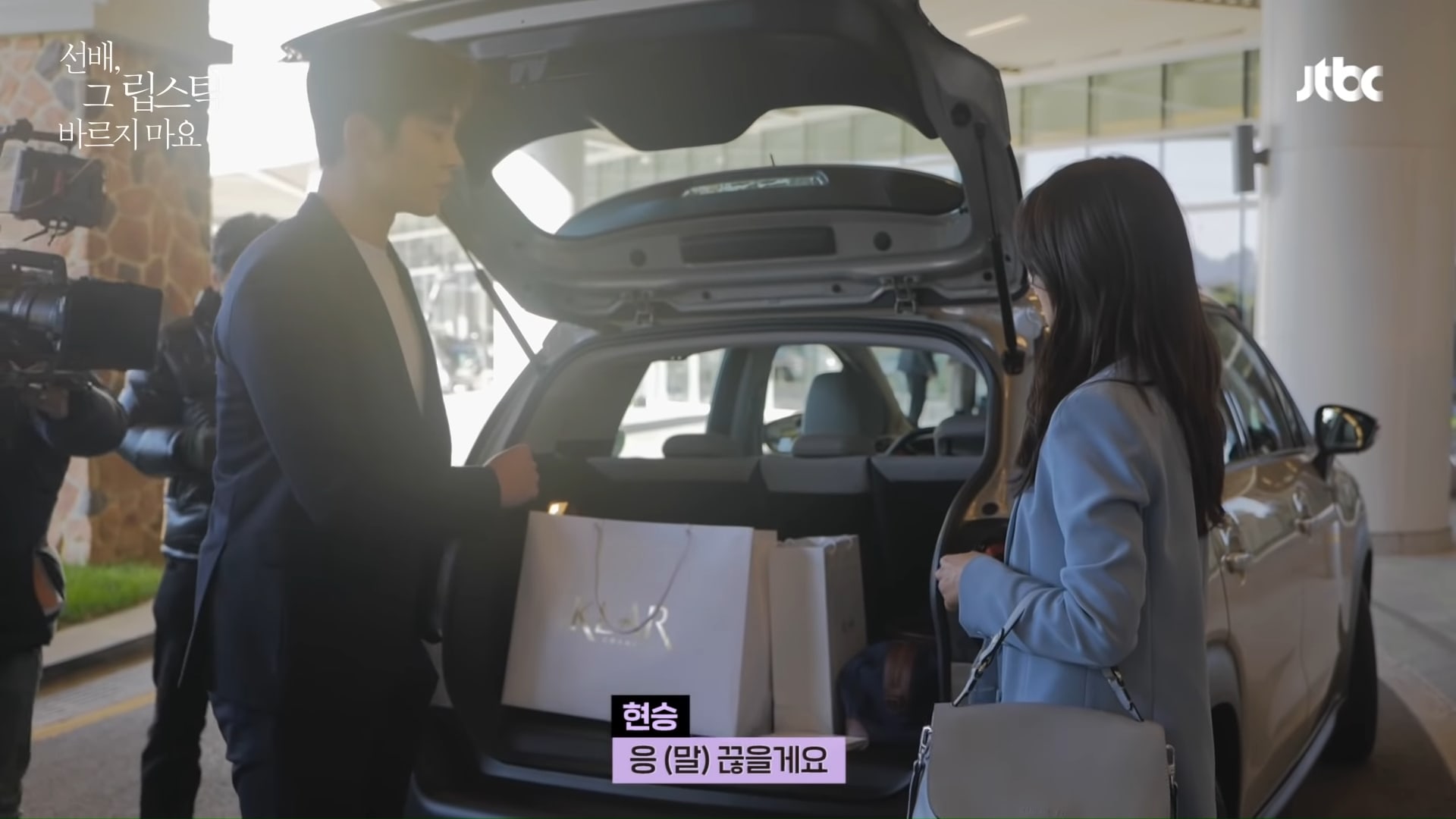 Next, Rowoon prepares for the scene where he has to give a presentation. His playful side comes out though, and he jokes around with the staff. He’s given a device, and he says, “This air conditioner… Oh, it’s a laser…” He looks a bit confused by everything, and he comments, “I don’t like presentations.” He talks in a funny voice, causing the staff to burst into laughter. One crew member even asks, “What’s wrong with him?”

Rowoon playfully asks Yang Jo Ah, who plays the general manager in the drama, if she has a question. She can’t seem to come up with a question, and when she stalls, Rowoon jokes, “Please talk quickly.” Yang Jo Ah asks who Klar belongs to, and taken aback, Rowoon answers it’s the online platform Naver. Disappointed, she says, “You don’t even know who your boss is.” 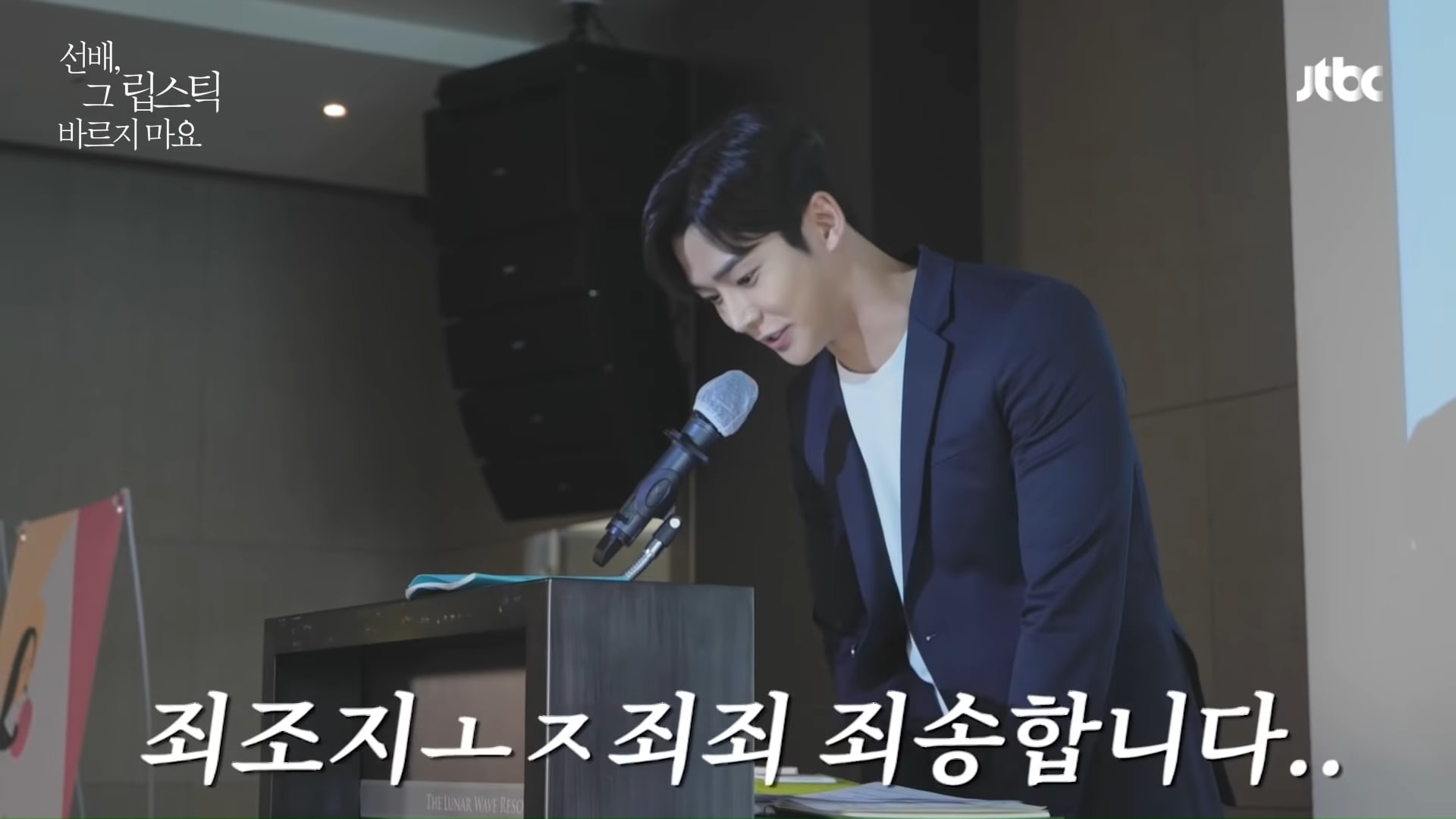 Won Jin Ah and Rowoon reunite again for a scene where they eat dinner with their co-workers. They practice their lines that revolve around Yang Jo Ah pointing out that they look like they fought. Won Jin Ah jokes, “Follow me. Come with me, you little punk.” Rowoon asks if they really look like they fought, and when the answer is yes, he chortles and says to Won Jin Ah, “They said we look like we fought!” Won Jin Ah playfully glares at him and comments, “You think you’re a match for me? How dare you!” 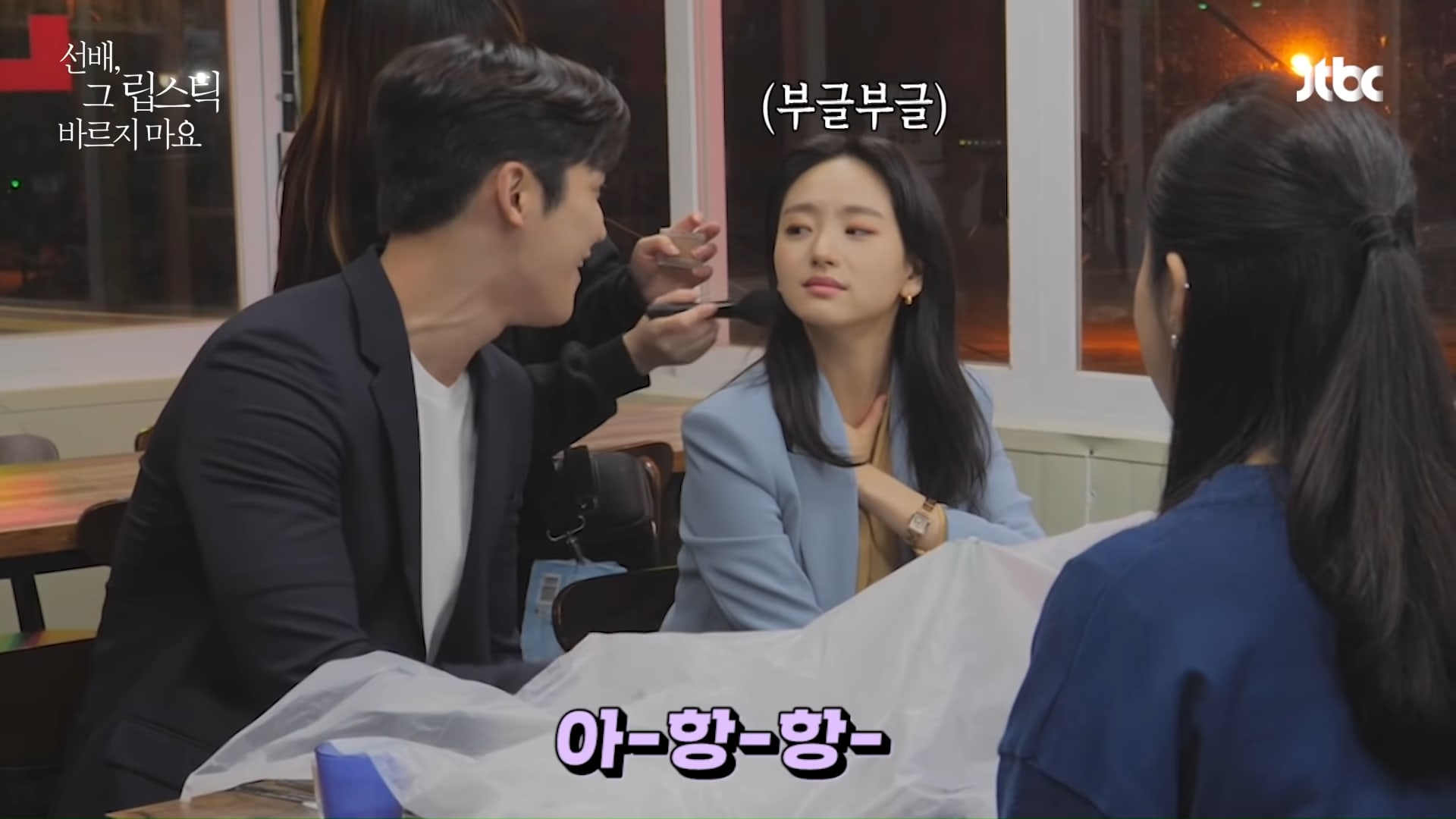