THE BOYZ’s Sunwoo, Hyunjae, And Younghoon Open Up About The Members’ Bond: “We Don’t Get Jealous About Who’s More Famous”

In a recent interview and pictorial for Cosmopolitan magazine, THE BOYZ’s Younghoon, Hyunjae, and Sunwoo got honest about the relationship between the members and their long-term goals.

Praising each other’s strengths, Hyunjae remarked, “Younghoon is really handsome, but he doesn’t make a big deal out of it. Even if he did, it would be cute, because he’s just that impossible to hate. Handsome people sometimes face jealousy from others, but Younghoon is unexpectedly easygoing, and he also shows off his clumsy side a lot, which I think makes the other members and the fans adore him even more.”

Meanwhile, Younghoon shared, “Hyunjae is someone who is the same on all sides: the opposite of two-faced. No matter who he’s dealing with, he treats everyone exactly the same, with kindness and respect. I think that attitude is really beautiful.” 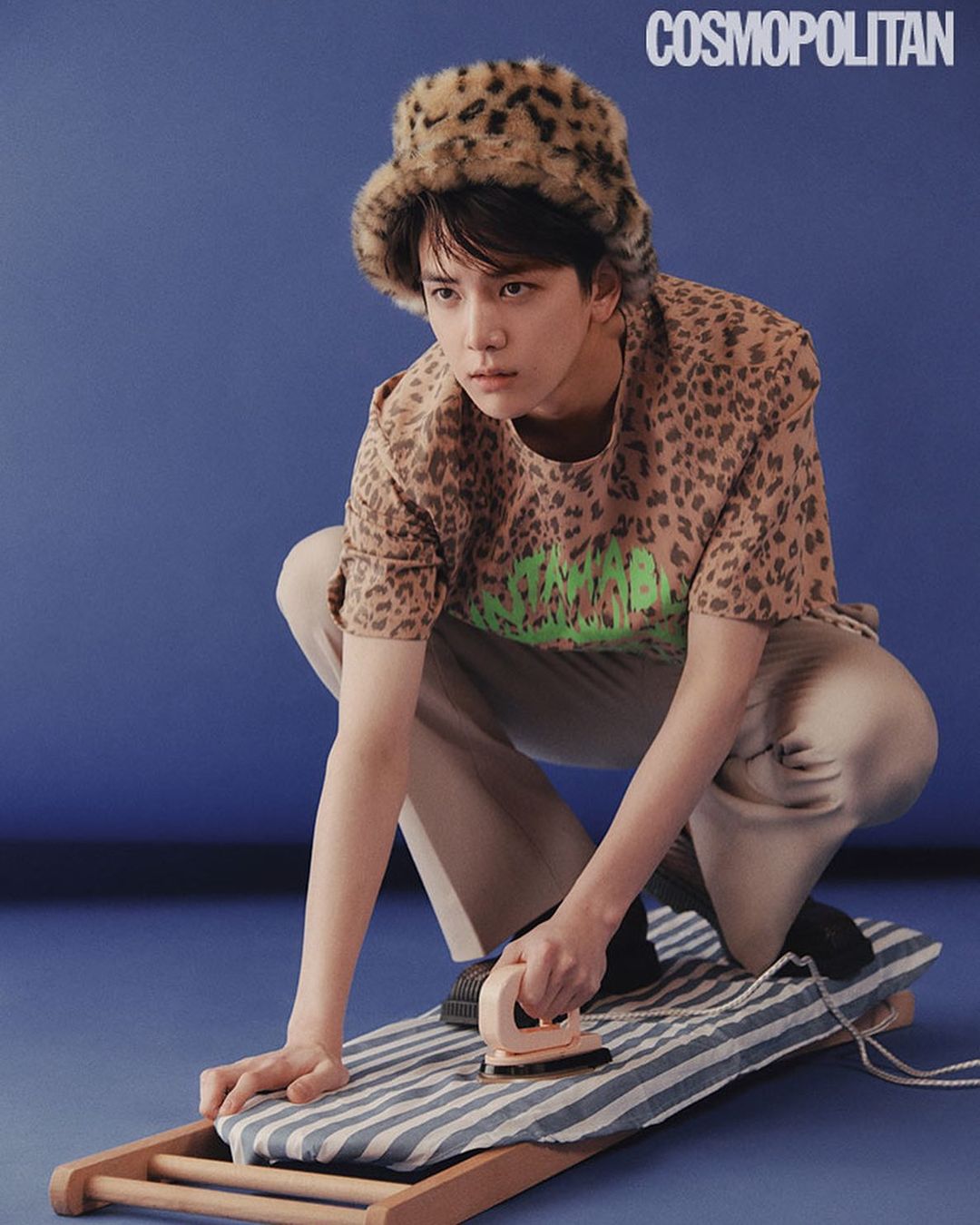 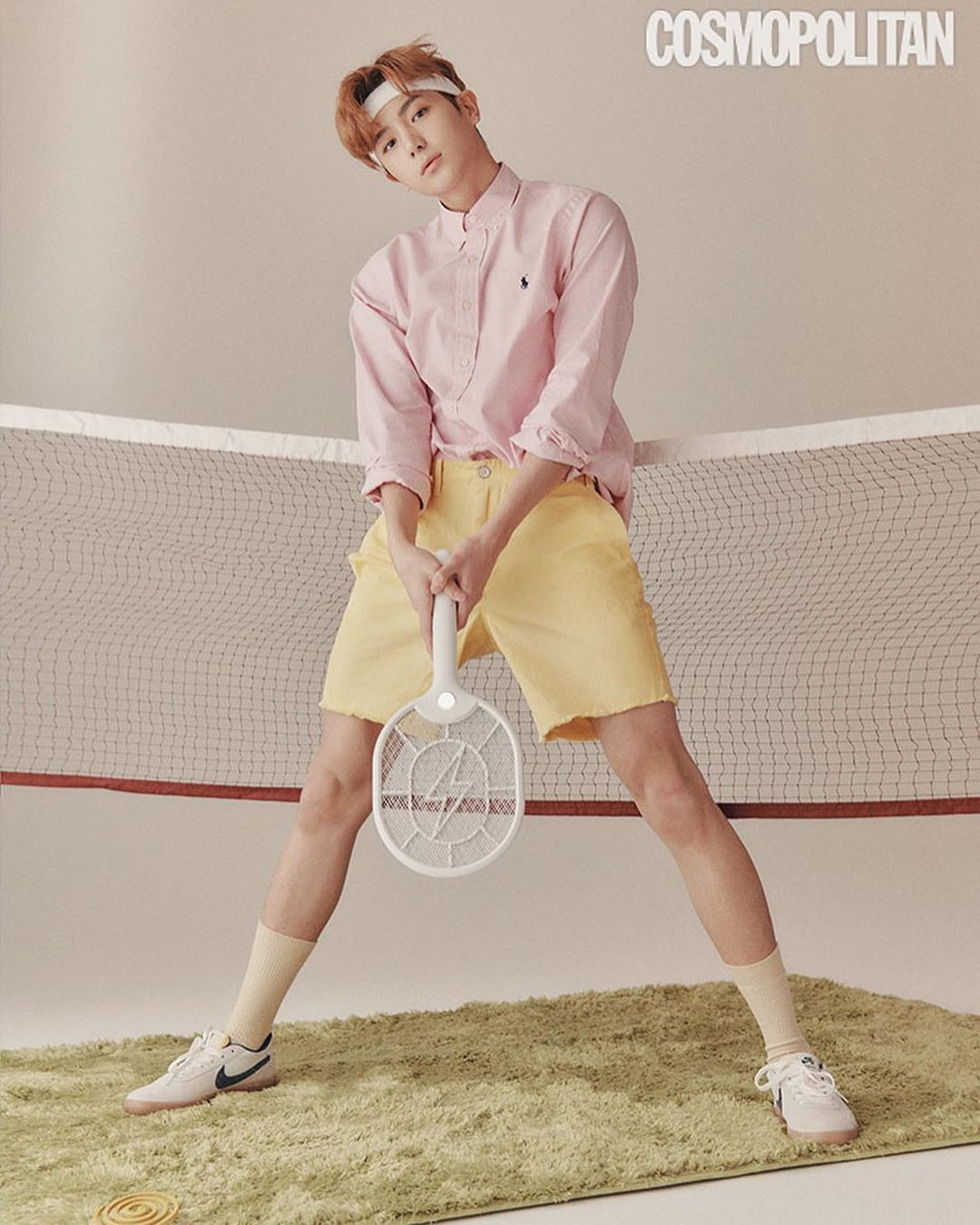 As for Sunwoo, Younghoon commented, “Sunwoo is sharp and quick-witted. Because he’s fast on his feet, he’s able to react wittily to any situation.”

“Sunwoo is good at writing lyrics, and he’s very thoughtful,” added Hyunjae. “He’s quick at reading situations and good at responding to them. I think he’s an astute guy who’s good at seeing the flow of things.” 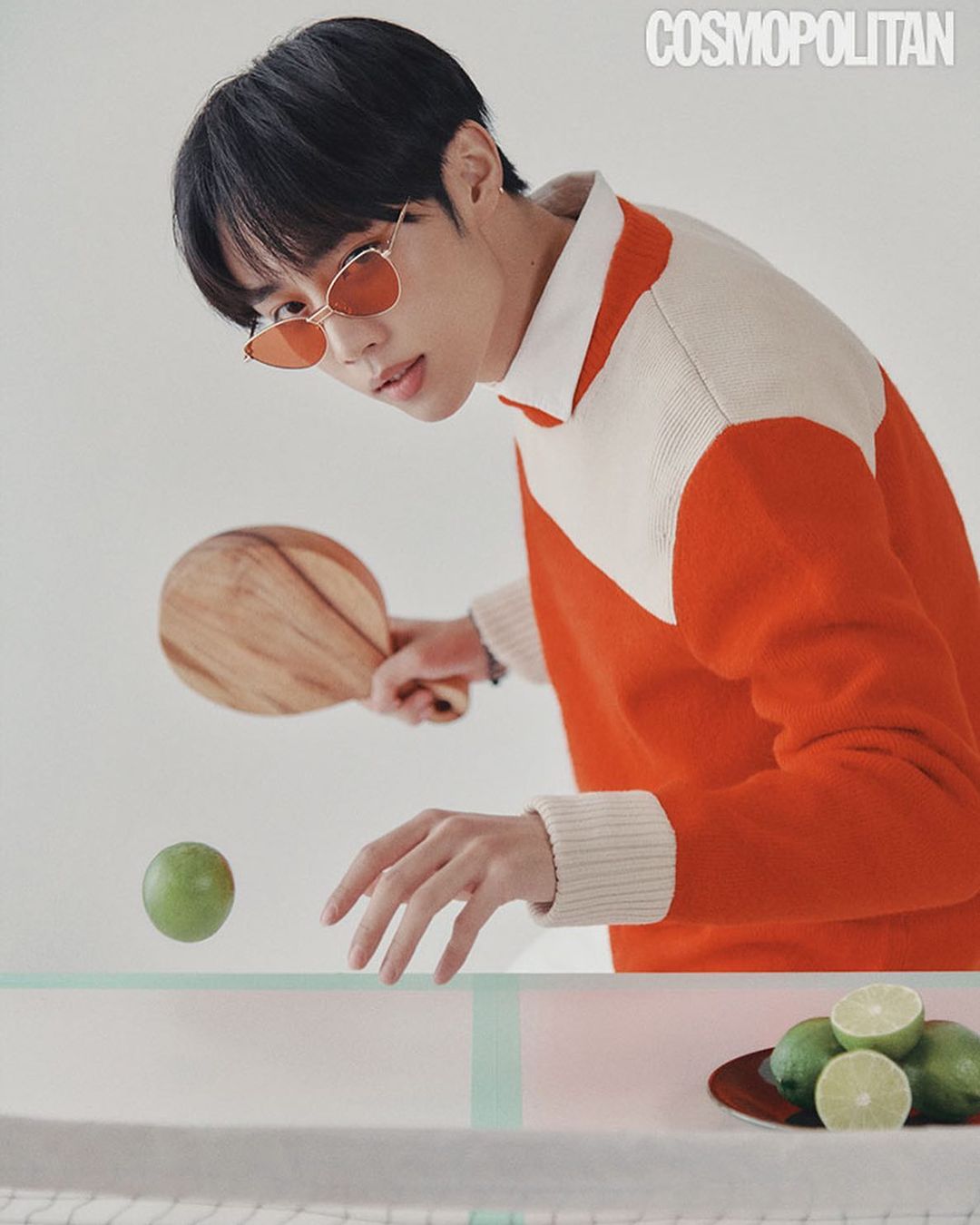 “If we keep working hard like this,” he continued, “I think that eventually there will come a day when even more people know and love THE BOYZ.” 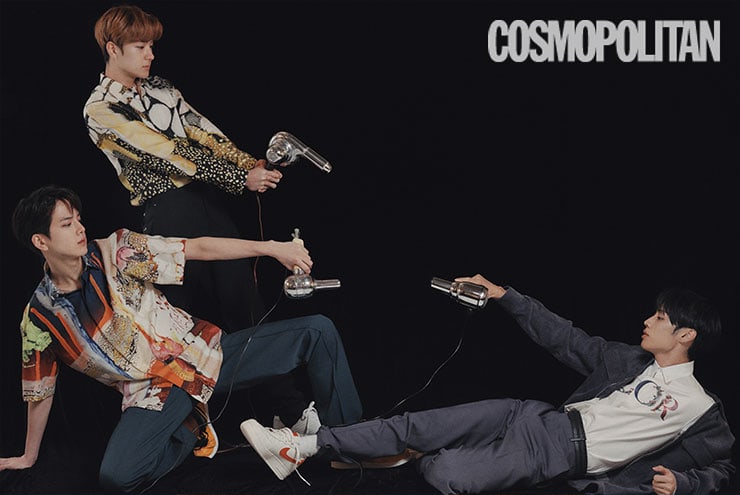 When asked how they handled the universal issue of some members of the group rising to relative fame earlier than others, all three idols emphatically agreed that THE BOYZ had no problem in that regard.

“No matter what we do, the members support and cheer each other on,” said Younghoon. “We don’t get jealous or resentful about who’s doing more of something or who has a better opportunity. Rather, we actually root for each other, almost to a surprising extent.”

Sunwoo agreed, “Actually, we’re grateful to the members who became comparatively more famous first. Because they’re working hard as members of THE BOYZ to get the name of our group out there. We don’t feel greedy or think, ‘I should grab that opportunity.'”

Hyunjae chimed in, “Even if no one says it out loud, it’s something obvious that’s always in our hearts. We know that every member of the group will have his own turn, and we have faith that even if we don’t get greedy, an opportunity will come our way eventually.” 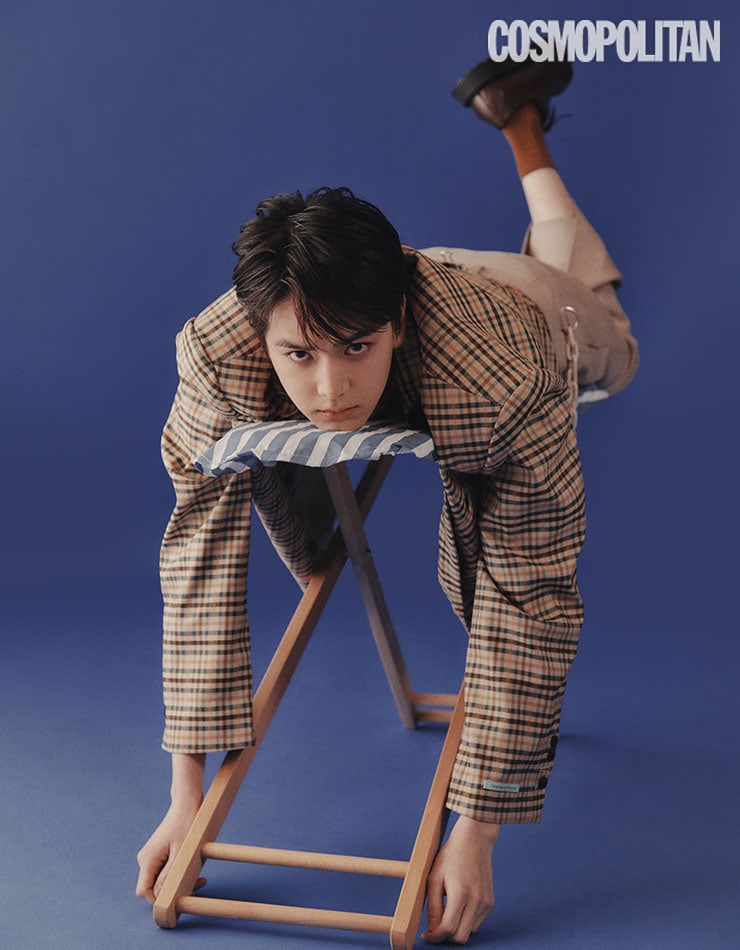 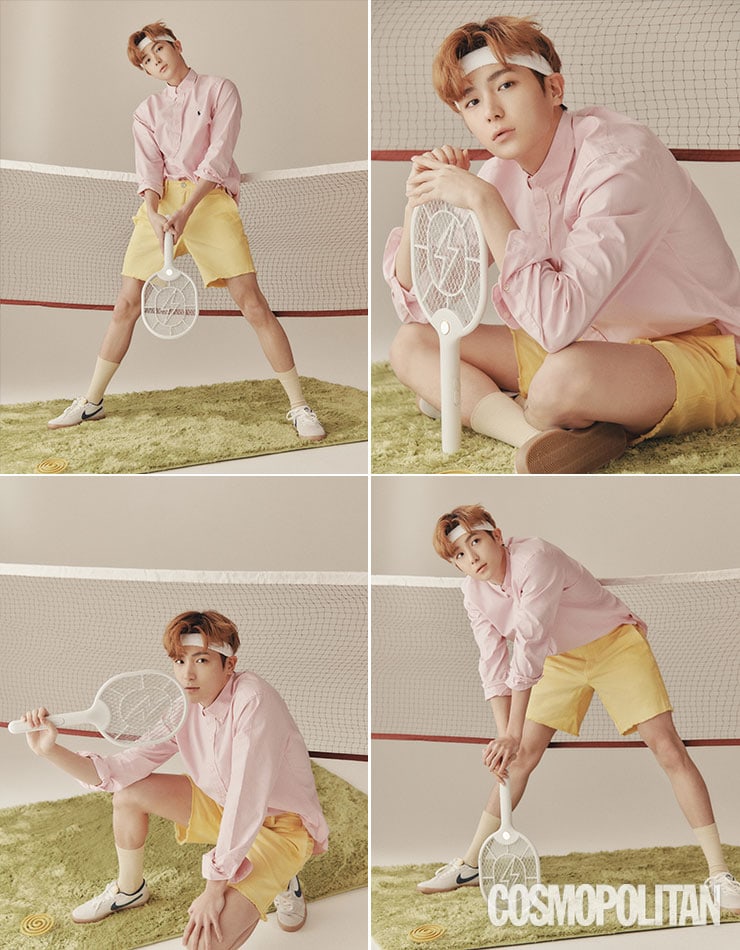 Finally, the interviewer asked THE BOYZ how they wanted to be remembered in the distant future—and what each of them hoped to achieve in their individual careers outside of the group.

Sunwoo responded, “I want to remembered as someone who makes cool music. For example, like Jay Park.” However, he added that he wanted to achieve that goal as a member of THE BOYZ, explaining, “I’m confident that being a member of THE BOYZ will in itself become a career that I can become proud of as a musician, so I plan to make even cooler music as THE BOYZ’s Sunwoo.”

Hyunjae similarly expressed his desire to pursue music both as a member of THE BOYZ and as a soloist. “These days, I feel even more strongly than I did before about wanting to sing,” he said. “I really want to sing well. I now have a dream of working hard to also become a solo singer.”

Finally, Younghoon remarked, “Above all else, I hope that even after time passes, THE BOYZ will be a group that stays together for a long time, like Shinhwa. I personally want to keep acting, and I also want to keep moving forward with THE BOYZ.” 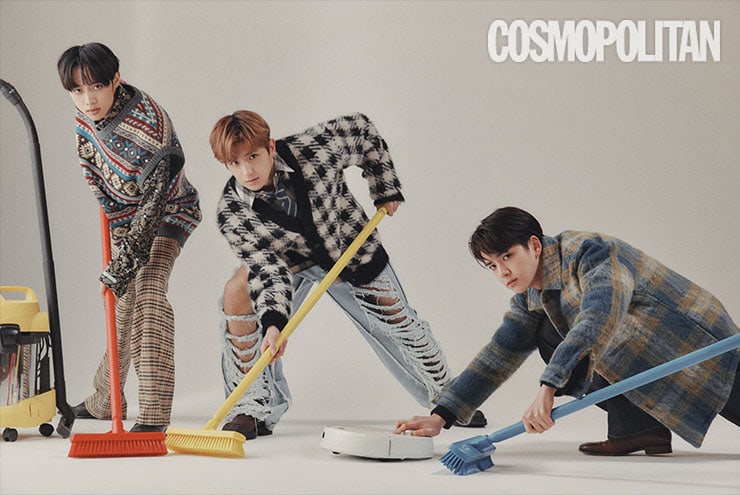 Watch Younghoon in his drama “Love Revolution” with subtitles below!

Sunwoo
THE BOYZ
Younghoon
Hyunjae
How does this article make you feel?