JTBC’s “She Would Never Know” has released new stills of the leads ahead of the upcoming episode!

In the new stills, the Klar marketing team attends the Klar makeup show, and Chae Hyun Seung takes center stage as he transforms into a beauty model for the day. He closes and sits with perfect posture as he gets his makeup done, and viewers are left wondering why he has suddenly taken on the role. Yoon Song Ah looks on at the scene with interest, as if she might be beginning to look at her junior colleague in a different light following the beginning of their fake dating scheme. 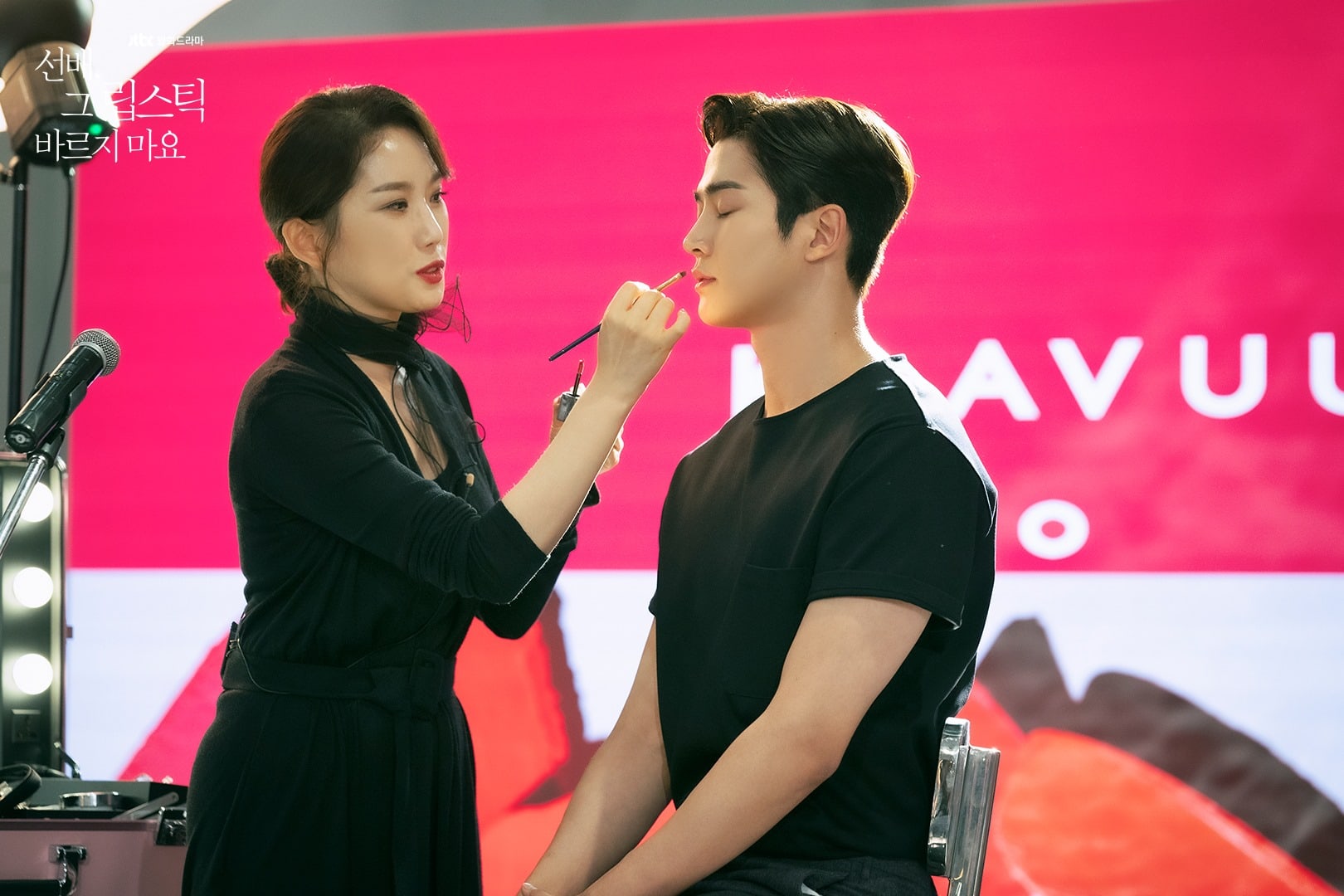 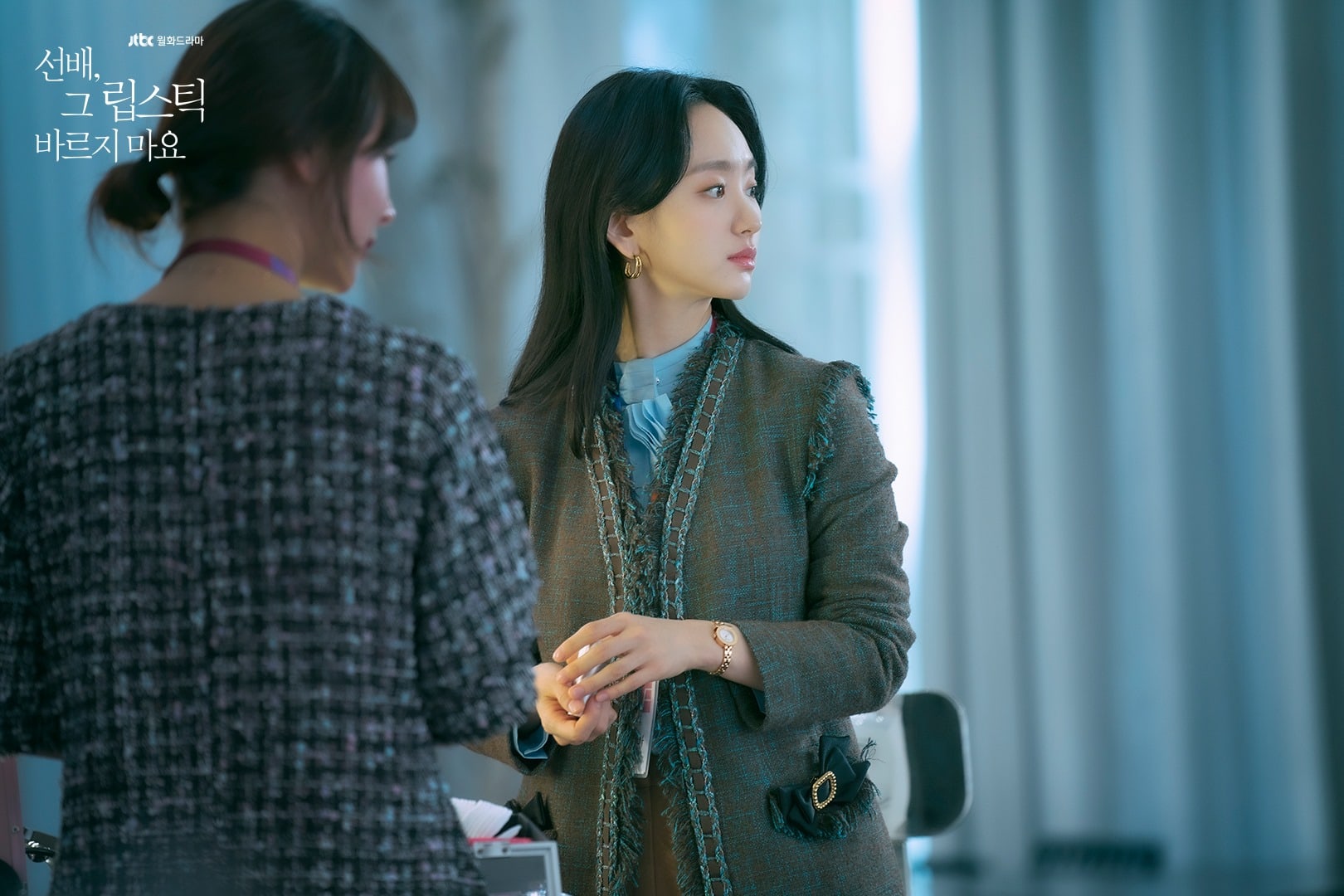 Meanwhile, team leader Lee Jae Shin (Lee Hyun Wook) appears displeased as he observes the situation with stiffly crossed arms. Although he had been in a relationship with Yoon Song Ah, she recently found out that he had been preparing to marry the company founder’s granddaughter Lee Hyo Joo (Lee Joo Bin), leading her to announce that she wanted to break up with him.

Amidst all of this, Lee Hyo Joo also makes an appearance, adding another layer of tension to the scene. Although she was still unaware of Lee Jae Shin’s secret relationship with Yoon Song Ah, Lee Hyo Joo’s gaze as she brushes past Yoon Song Ah grows distant as if she had realized something. 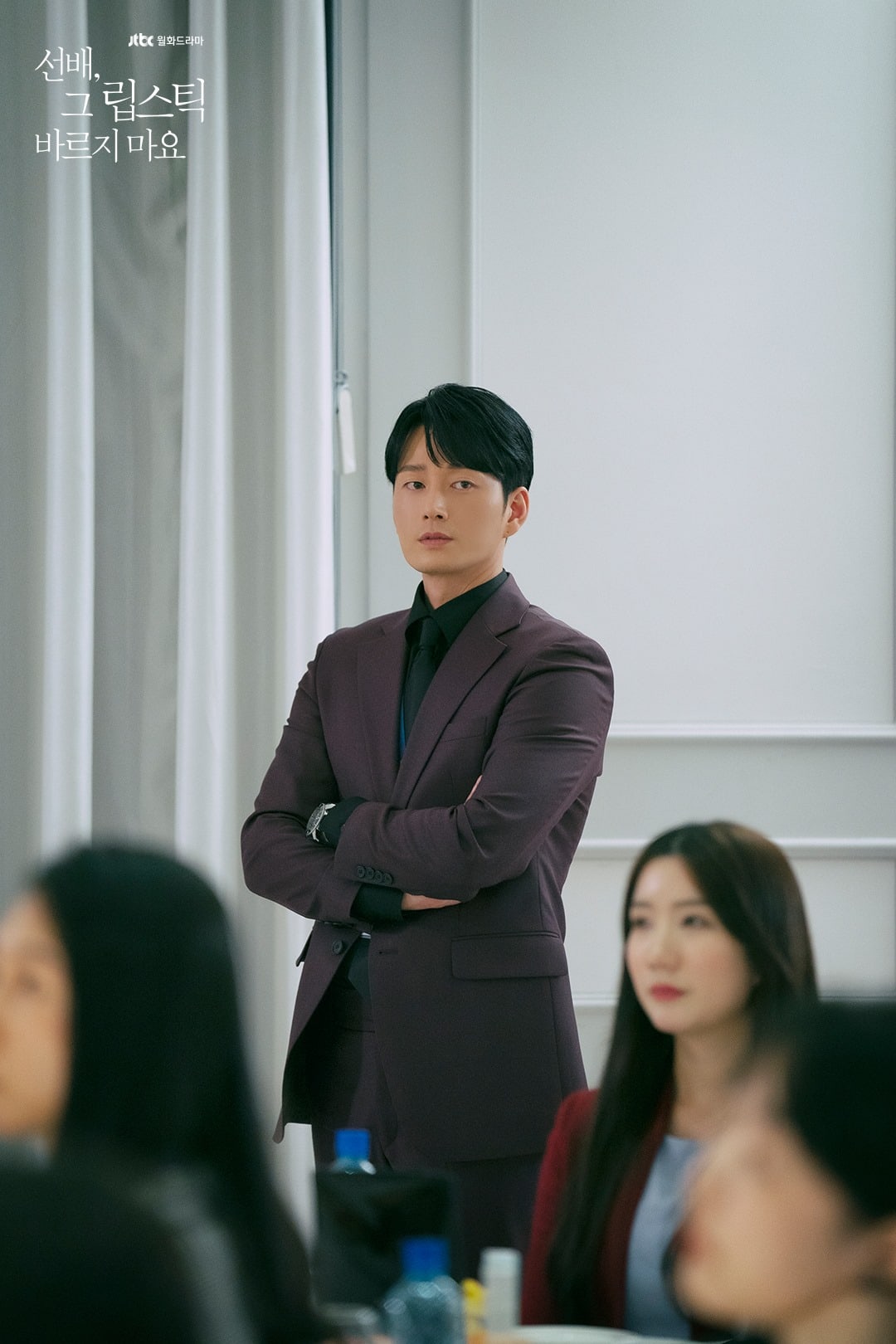 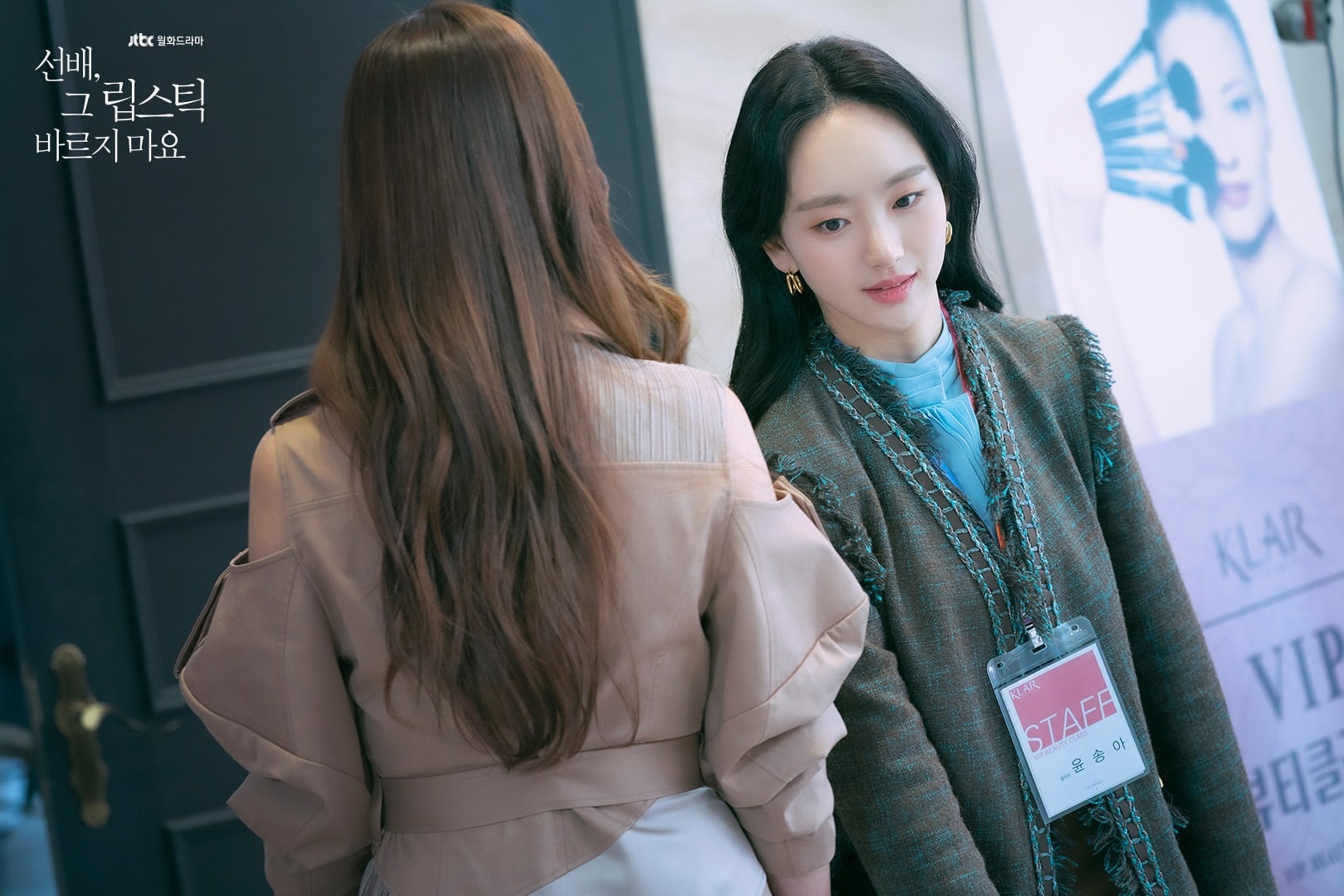 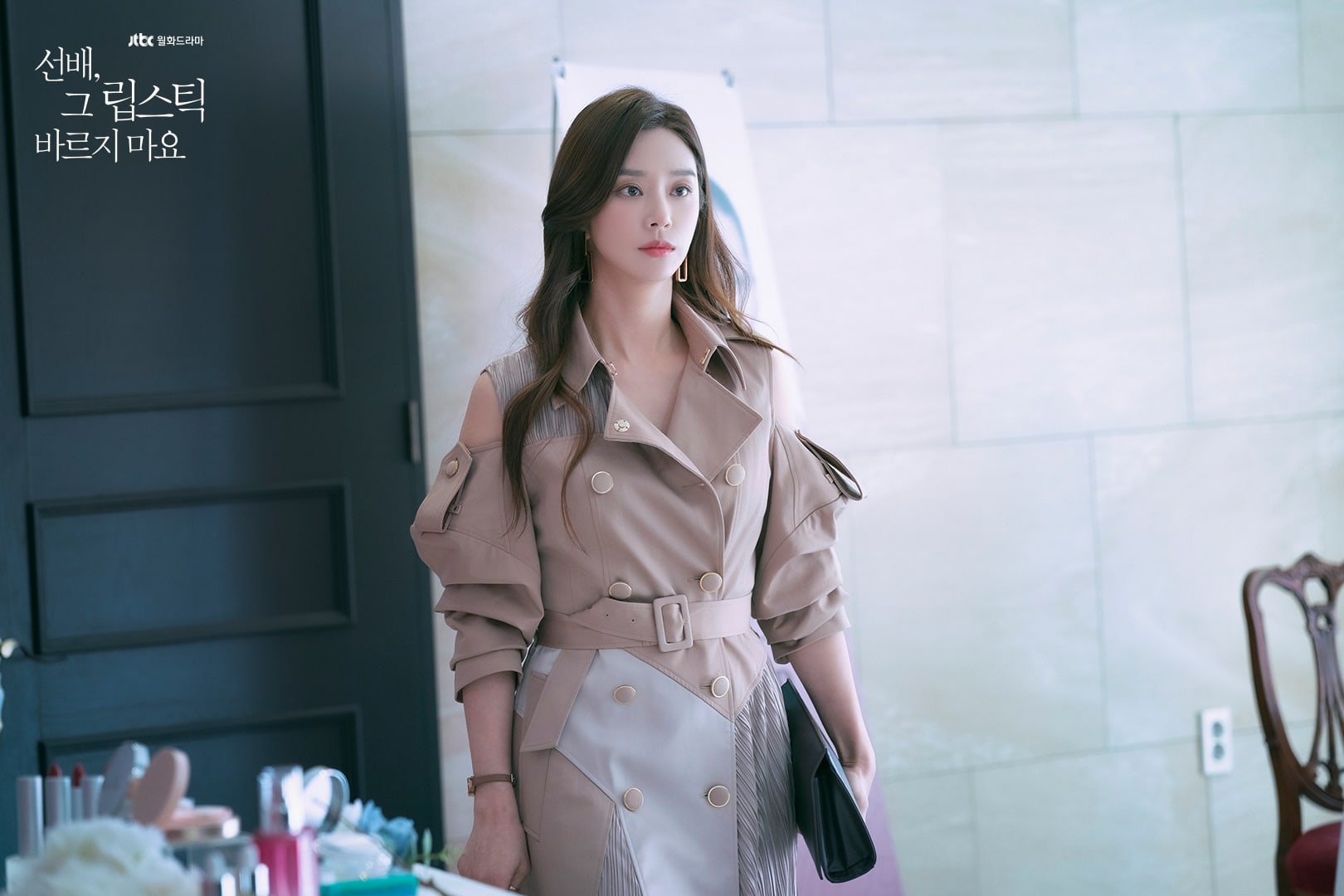 The next episode of “She Would Never Know” airs on February 1 at 9 p.m. KST.