On the January 31 episode of SBS’s “Running Man,” the cast talked about the coffee trucks sent to them by fans.

In the opening of the episode, the cast showed up with drinks that had come from a coffee truck sent by Indonesian fans of the show. Yoo Jae Suk said, “Our fans in Indonesia have sent us a coffee truck. At heart, we’re truly grateful, but I feel too apologetic to accept these anymore.”

Ji Suk Jin said, “We have to be grateful for what we’ve been given,” and Yoo Jae Suk said, “That’s right, but if we keep accepting these gifts, then other fans might feel pressured to send them as well. We are supposed to be treating the fans, and I feel apologetic that we’re only receiving things like this.”

Lee Kwang Soo joked, “You were the first person in line at the coffee truck.”

Yoo Jae Suk also asked the cast if they had checked their new profiles on the “Running Man” website. In a previous episode, Yoo Jae Suk won the right to rewrite the show’s description and the descriptions and profile photos of the cast. 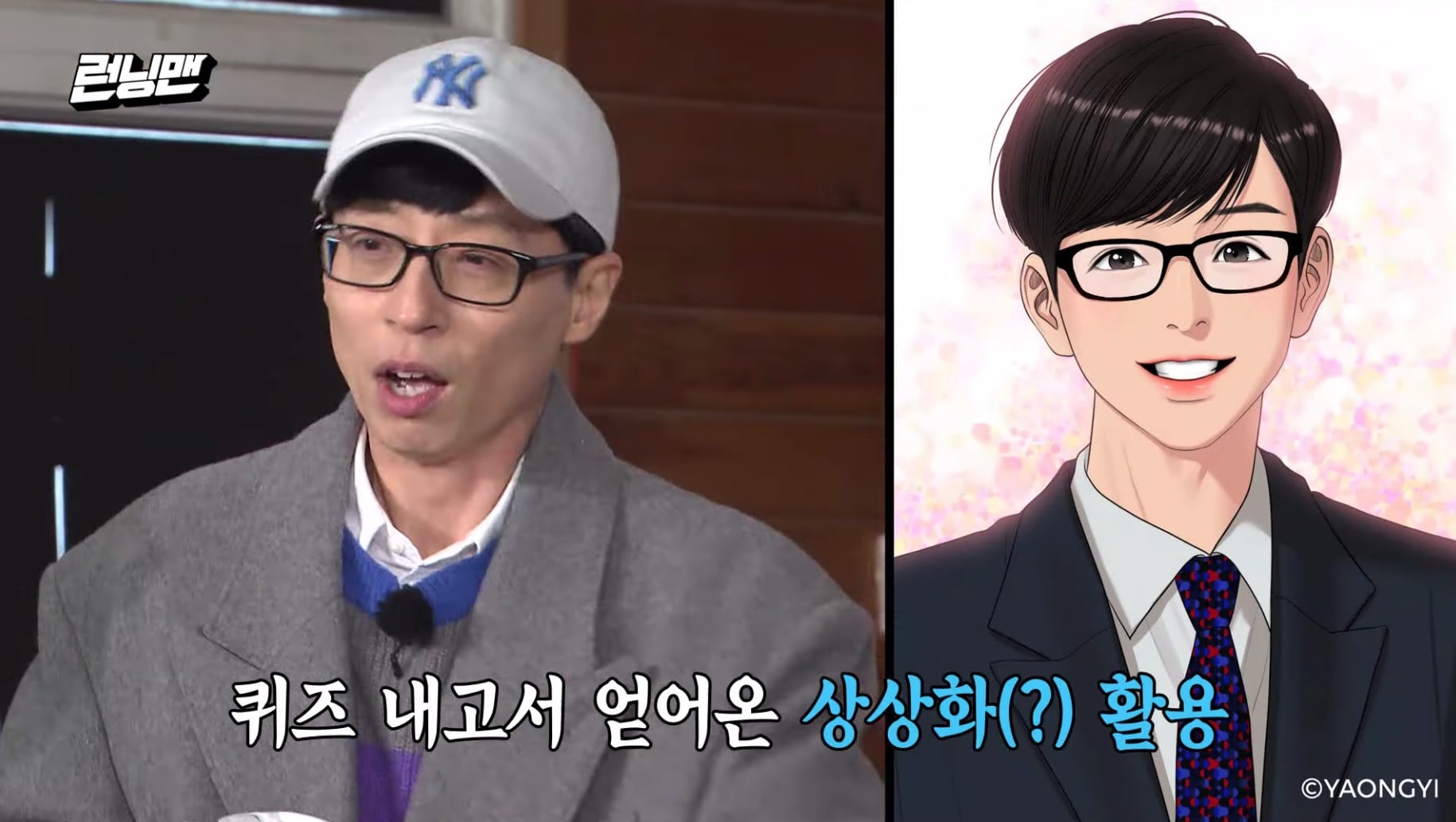 The production staff said, “The number of people checking the website increased to the point that the server malfunctioned.” However, the members complained that Yoo Jae Suk had given himself a special drawn version of his profile photo while the others had funny photos from the show.

Yoo Jae Suk said, ‘YAONGYI [the writer of the webtoon ‘True Beauty‘] drew it for me.” Ji Suk Jin said, “Why didn’t she draw the rest of us? YAONGYI noona, please draw us too.” But Yoo Jae Suk said, “What are you talking about? YAONGYI is way younger than you,” to Ji Suk Jin’s embarrassment. (Noona is a form of address that a younger man would use to an older woman.) 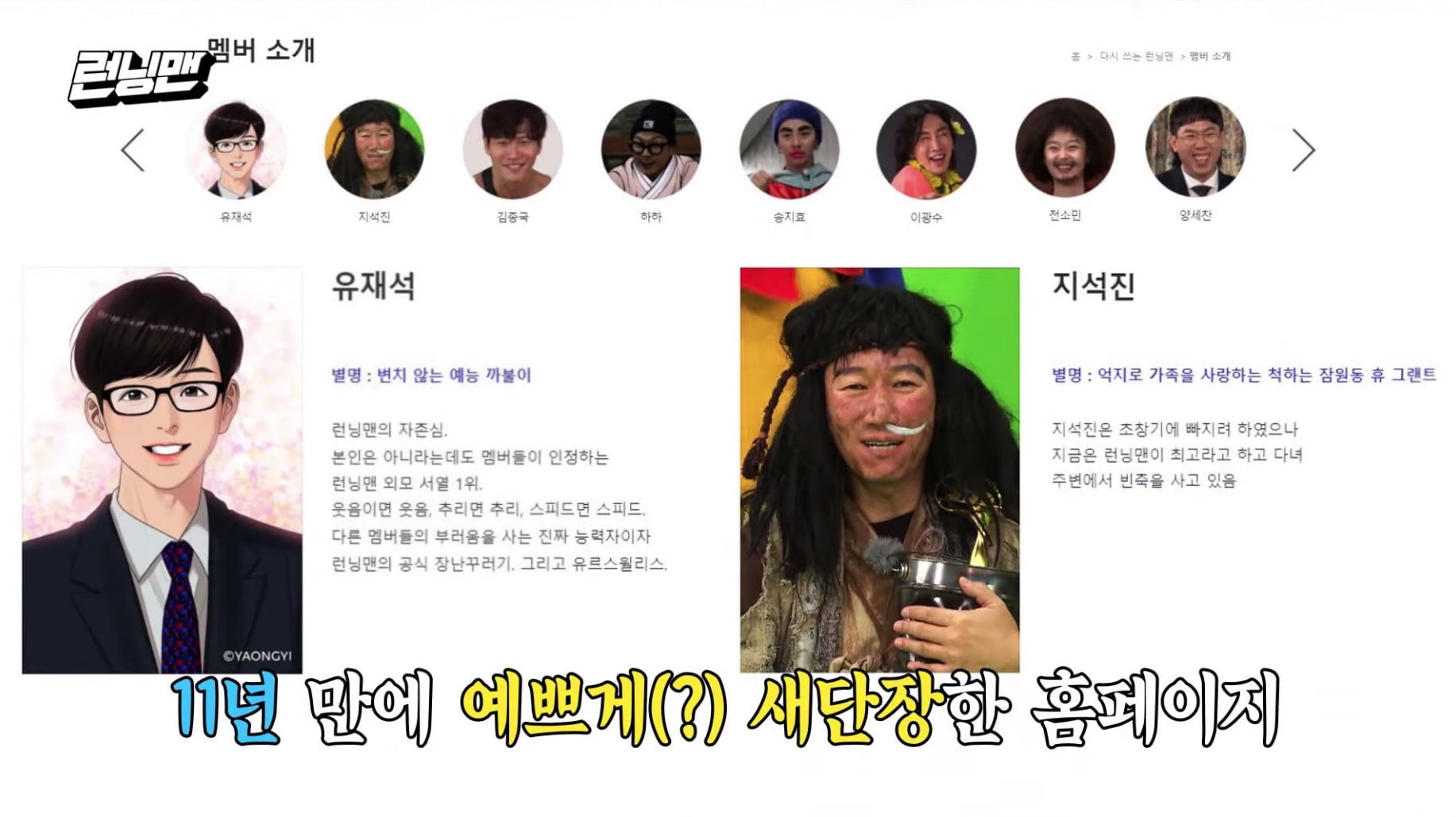 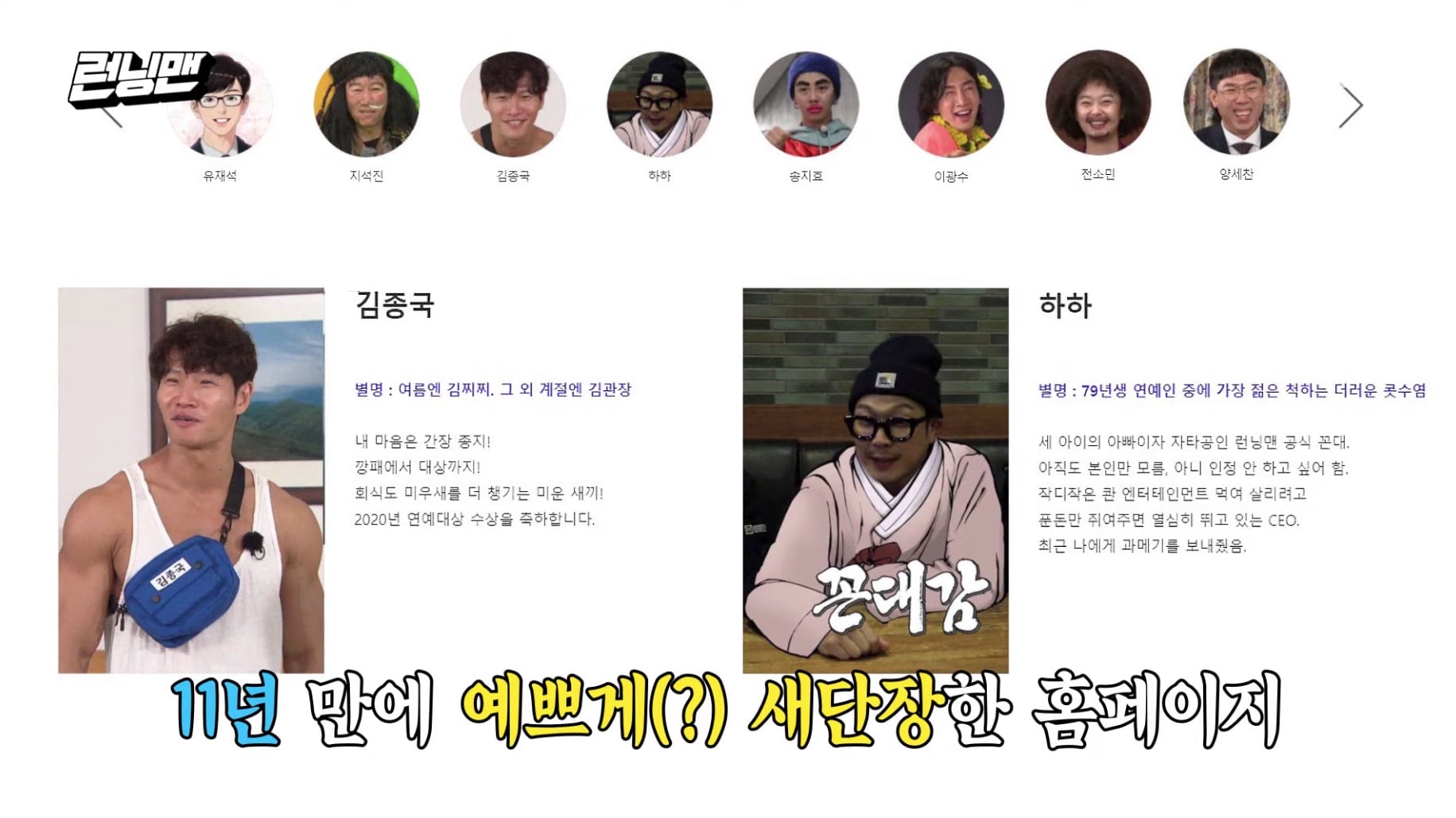 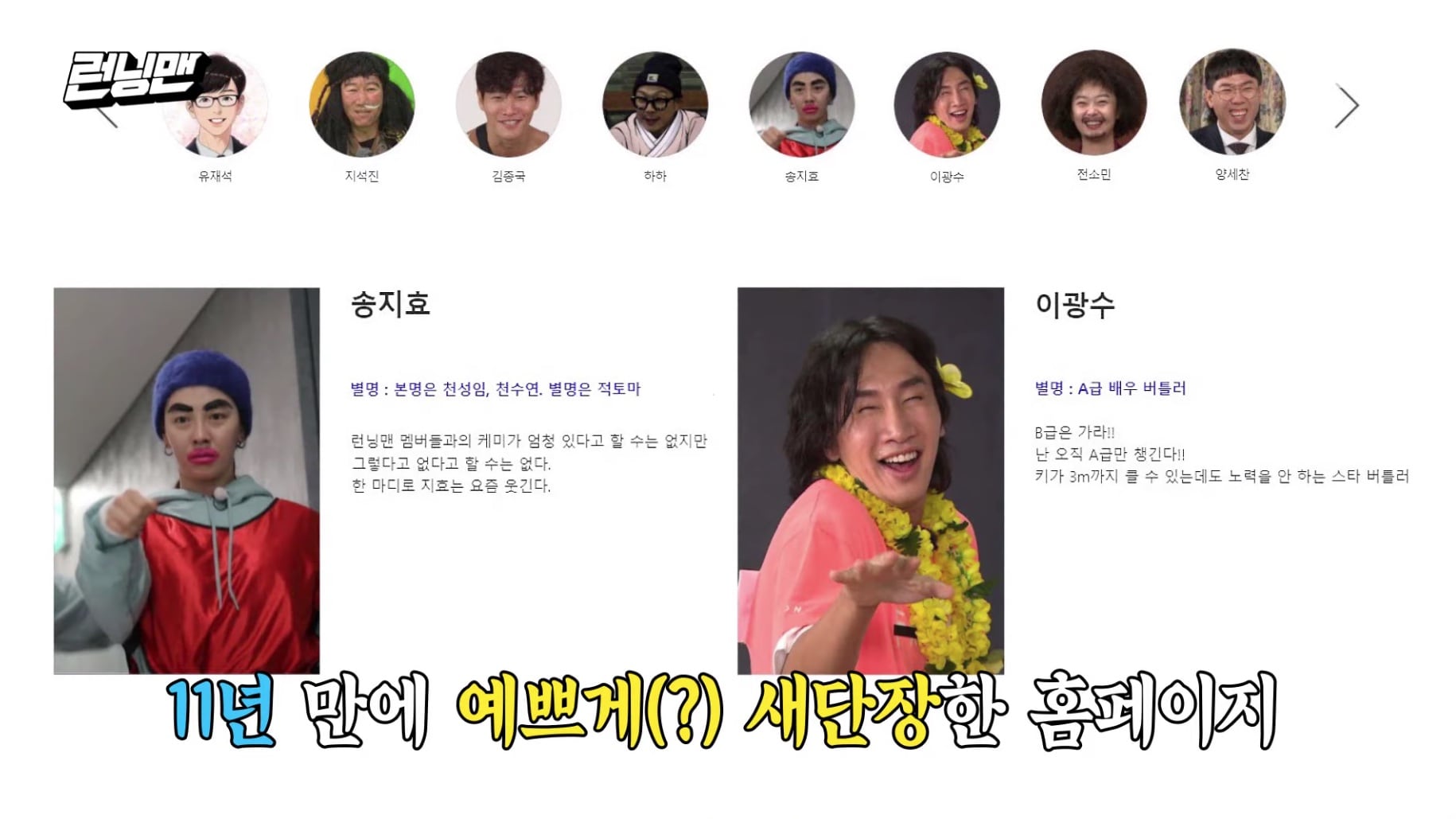 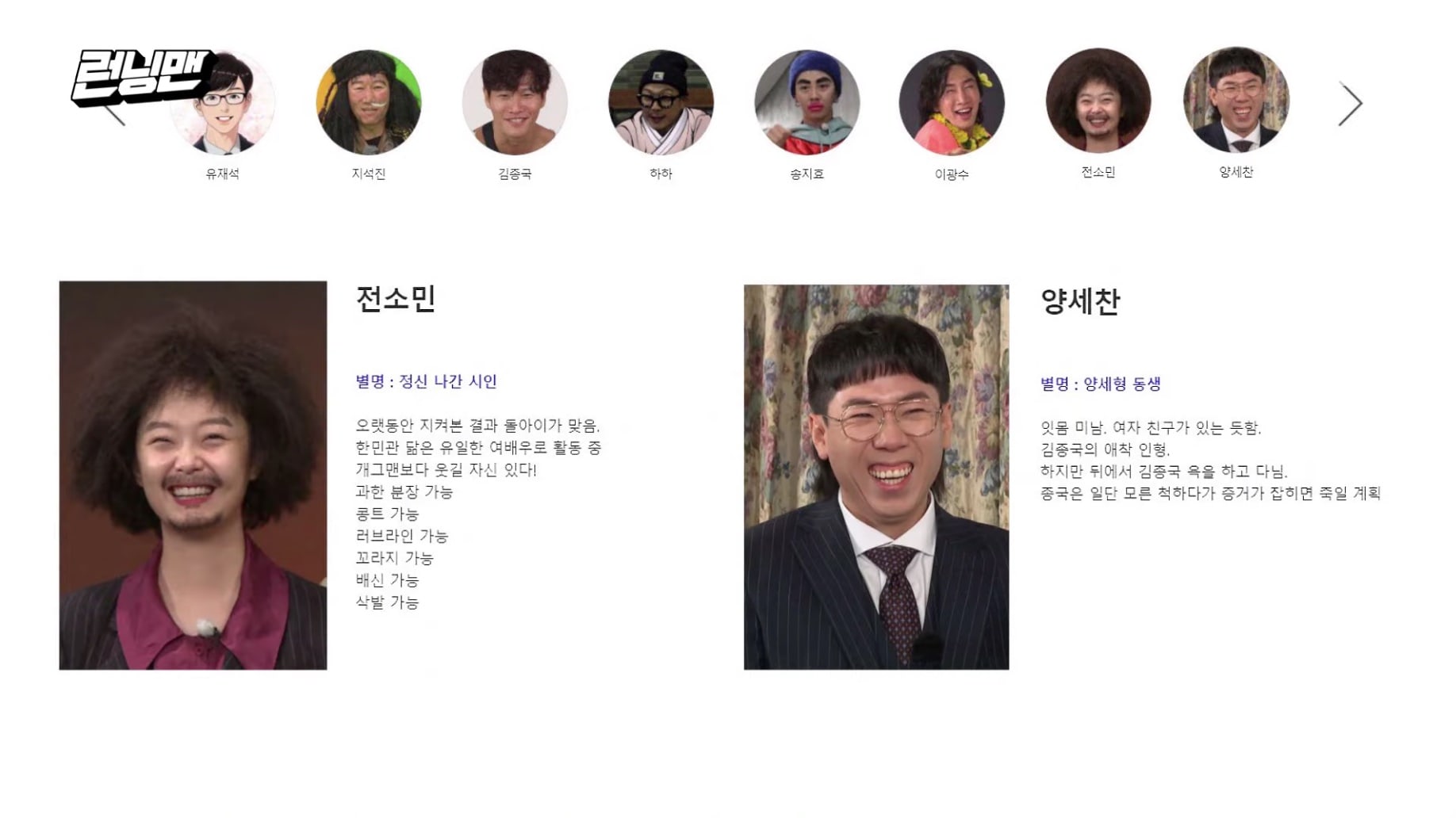