The star-studded cast of the film “New Year Blues” shared some insights into their filming, characters, and more!

Kim Kang Woo plays the detective Ji Ho while Yoo In Na takes the role of Hyo Young, a perfectionist rehabilitation trainer who seeks his protection as she wraps up her divorce. The pair talked about how they transformed to portray their characters.

Kim Kang Woo said, “I wanted Ji Ho to seem like the kind of middle-aged man you’d commonly see in real life.” He explained that his character might seem scary since he’s a detective from the violent crimes squad, but he’s just a regular guy who has been divorced for four years. “I thought about how to portray him and ended up getting a perm,” he said.

Yoo In Na shared, “Hyo Young doesn’t express herself a lot. She looks strong on the outside but she’s soft-hearted, and she doesn’t want to show that to other people. I tried to portray that subtle disconnect in a realistic way.”

“Since she’s a rehabilitation trainer, I worked hard at training in exercise like climbing,” she continue. “When the director suggested to me that I cut my hair short, I got it cut right away that day into a bob.” 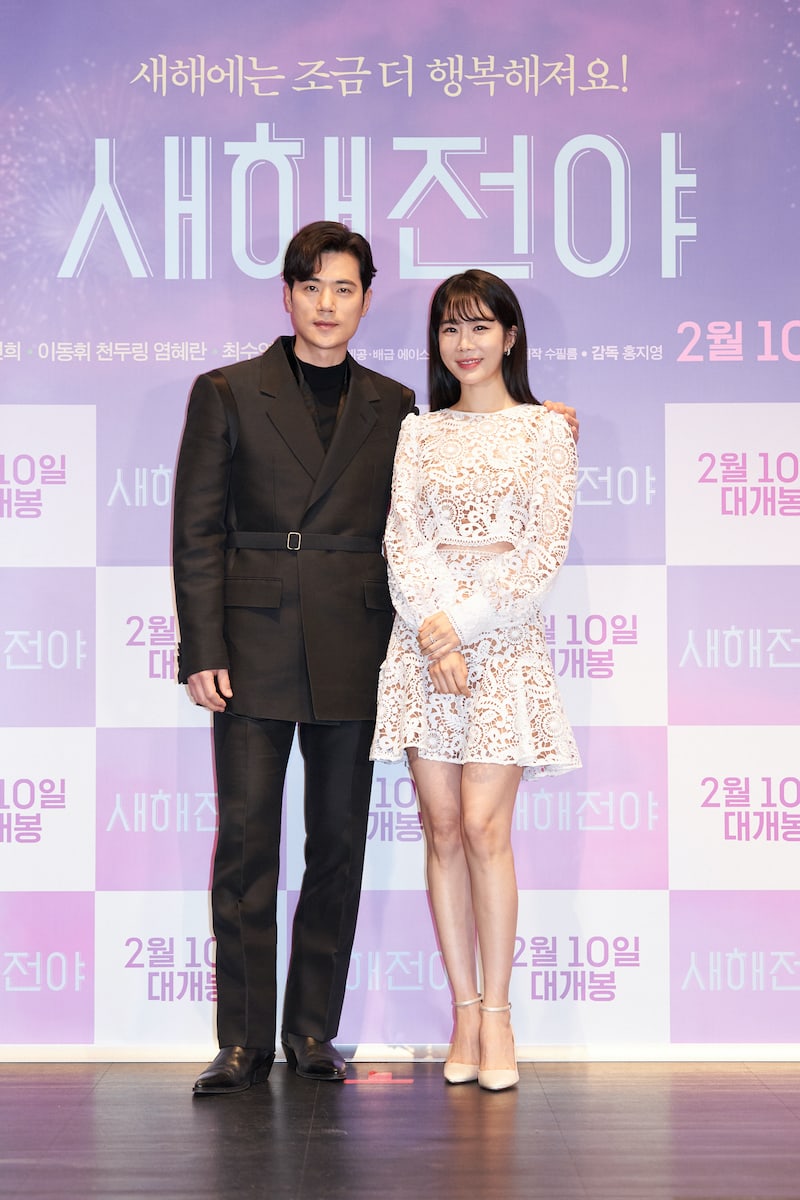 Yoo Yeon Seok and Lee Yeon Hee play Jae Heon and Jin Ah, two young people who are struggling in life and meet in Argentina. Their scenes in Argentina were filmed in August and September 2019.

Yoo Yeon Seok said, “When I saw the film for the first time in a while, I felt grateful for the Argentina scenes. We filmed before COVID-19, so I didn’t know how precious it was then, and I miss it. All my memories from Argentina, like eating beef and drinking wine with the locals, feel like stories to me now.”

Lee Yeon Hee shared, “I had the opportunity to look back on my 20s while we were filming. I had lived a busy life but I think I didn’t know how to appreciate it and had many negative thoughts. There was a time when I thought negatively of myself and wasn’t able to love myself. Situations just felt difficult.”

“People in their 20s always feel a lot of things like that,” she continued. “There’s a lot of anxiety about the future and concerns about your career and how you’ll make a living, so I wanted to express that in a relatable way.”

Lee Yeon Hee also said, “I couldn’t even have imagined the COVID-19 situation while we were filming, but when I watched the movie, the refreshing Iguazu Falls gave off a sense of freedom. I hope you can feel vicarious satisfaction when you watch the movie.” 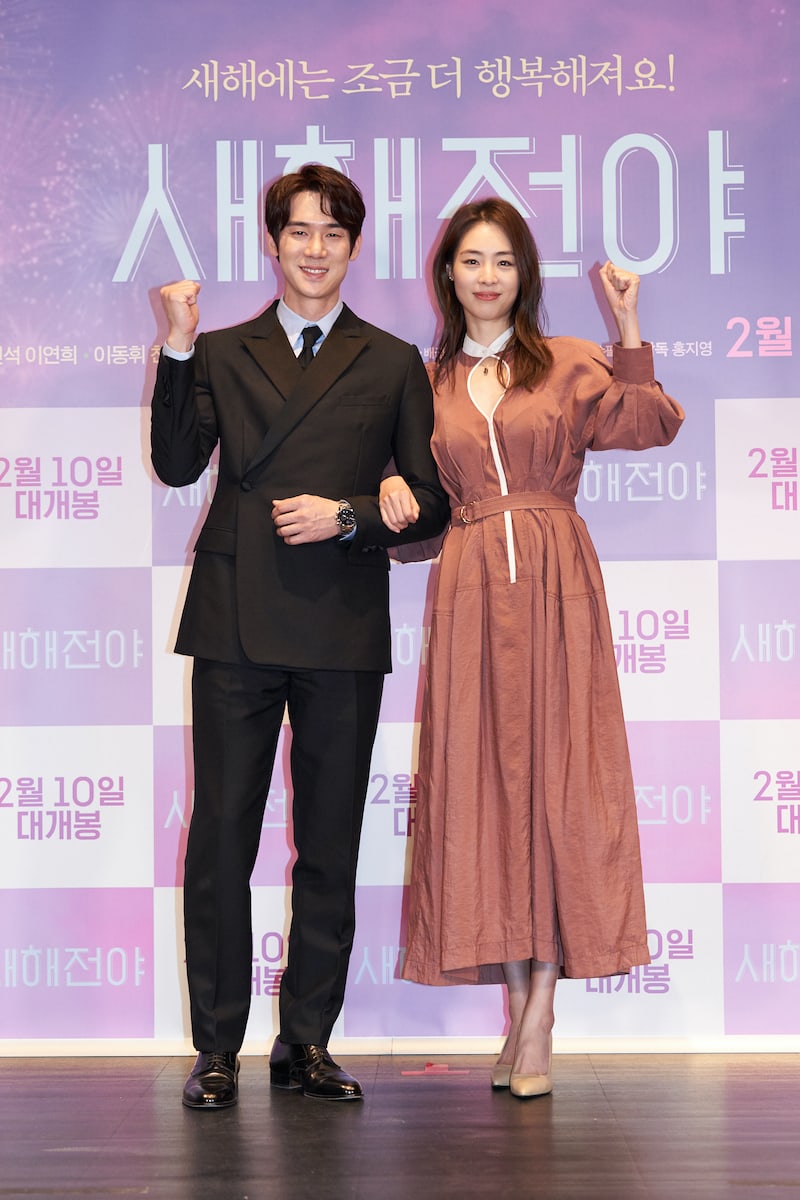 Lee Dong Hwi plays travel agency CEO Yong Chan, who tries to hide the fact that he has been robbed of his entire fortune ahead of his marriage to his fiancée Yao Lin (played by Chen Du Ling). Yeom Hye Ran takes the role of Yong Chan’s anxious and devoted older sister.

Lee Dong Hwi commented, “[Chinese] was hard but many teachers helped me.” He added with a laugh, “I wonder if I wasn’t helped by my mother too, since she enjoys watching Chinese dramas.”

The actor also said, ‘It was great to work with Chen Du Ling. I hope the COVID-19 situation will improve quickly so we can meet again soon.”

Yeom Hye Ran joked, “To be honest, I thought I’d be acting out a romance, but there wasn’t any for me, so that was disappointing.” She continued, “My favorite actors are all in the movie. They all look lovely and happy in the film.” 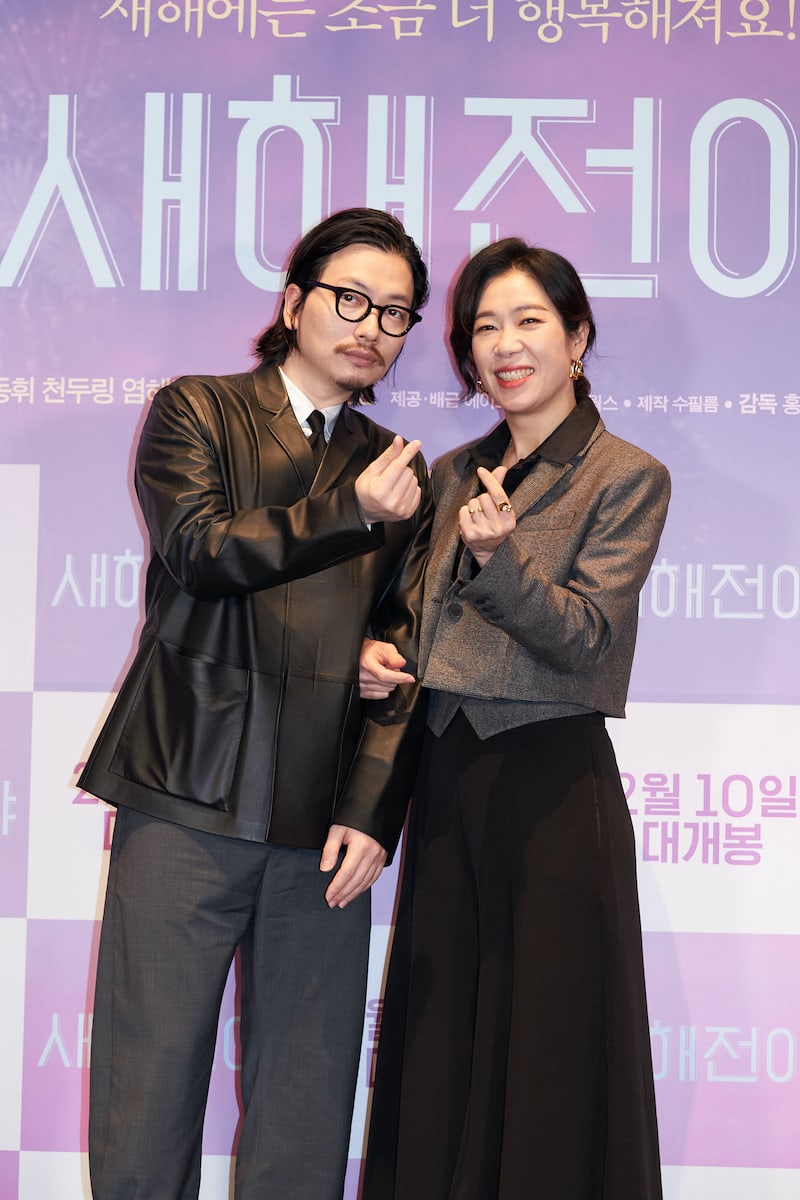 Girls’ Generation’s Sooyoung performs as the optimistic gardener Oh Wol alongside Yoo Teo as her longtime boyfriend Rae Hwan, a snowboarder on the Paralympic national team. The couple experiences difficulties in their relationship because of the prejudice of those around them.

“I think I was drawn to the movie because I haven’t often seen films with a story that involves a Paralympic athlete,” Yoo Teo shared. “It felt like a classic film in the way that it combined many love stories into one movie. Like ‘Love Actually.’ I wanted to be in a classic romance film, so I chose to be in ‘New Year Blues.'”

Sooyoung shared that it was a new challenge for her, saying, “I think this is my first time playing such an upbeat and lovable character. I was filming a genre work at the same time so I’d be on a set that was covered in blood and then go film ‘New Year Blues,’ and I remember it being healing.”

She continued, “The couples’ stories are all different, and they all have their own interesting elements so it’s like a gift set with a combination of items.” Sooyoung said with a laugh, “No matter what [the audience] wants, it’s all been prepared for you.” 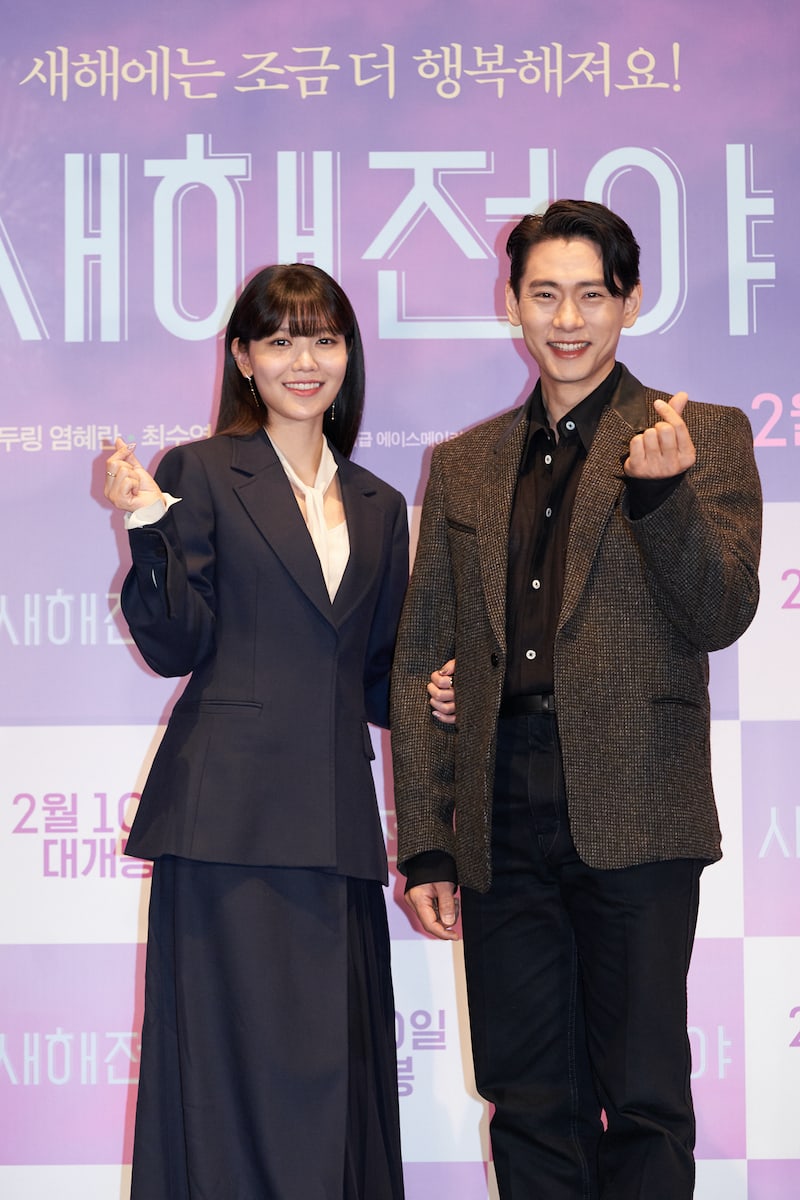 Watch Yoo In Na in “Touch Your Heart” below!