The upcoming tvN show is about Vincenzo Cassano (Song Joong Ki), a lawyer and Italian Mafia consigliere who moves back to Korea after a conflict within his organization. He joins forces with Hong Cha Young (Jeon Yeo Bin), a tough veteran lawyer, to take down villains by using villainous methods. It is a story of dark heroes who achieve catharsis by getting rid of villains who cannot be touched by the law.

Newly released stills give a look at three of the villains who appear in the story. Kim Yeo Jin takes the role of lawyer Choi Myung Hee, whose overwhelming presence is conveyed even through just the look in her eyes as she sits behind her desk. In contrast to her plain-looking outfit, her sharp and chilling gaze gives a hint of why she’s known as a viper. The heartless Choi Myung Hee used to be a prosecuter, and she’s talented in scheming and plotting. On the outside, she’s a good-natured person who enjoys Zumba dancing, but she hides the side of her that’s a vicious and determined villainess who completely destroys the opponents she sets her eyes on. 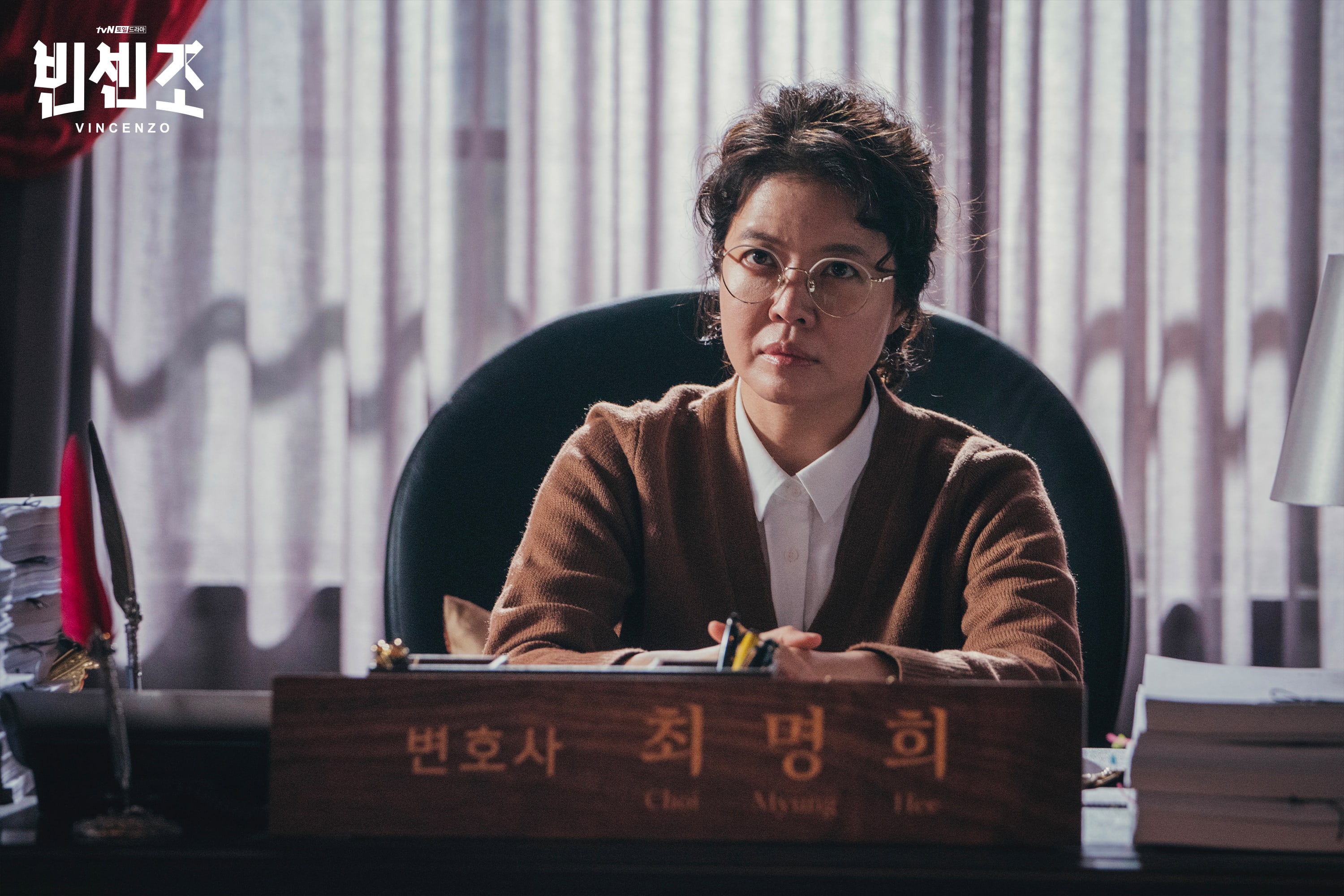 Kwak Dong Yeon plays Jang Han Seo, who’s the president of Babel Group and another charismatic character. As he stands in the dark, the malice inside him can be read through the look on his face. Jang Han Seo has completely lost all traces of a guilty conscience, and he’s a natural villain who seized riches and power at a young age and doesn’t hesitate to wield his authority against those subordinate to him. Yet he conceals a fear inside him that no one else knows about. 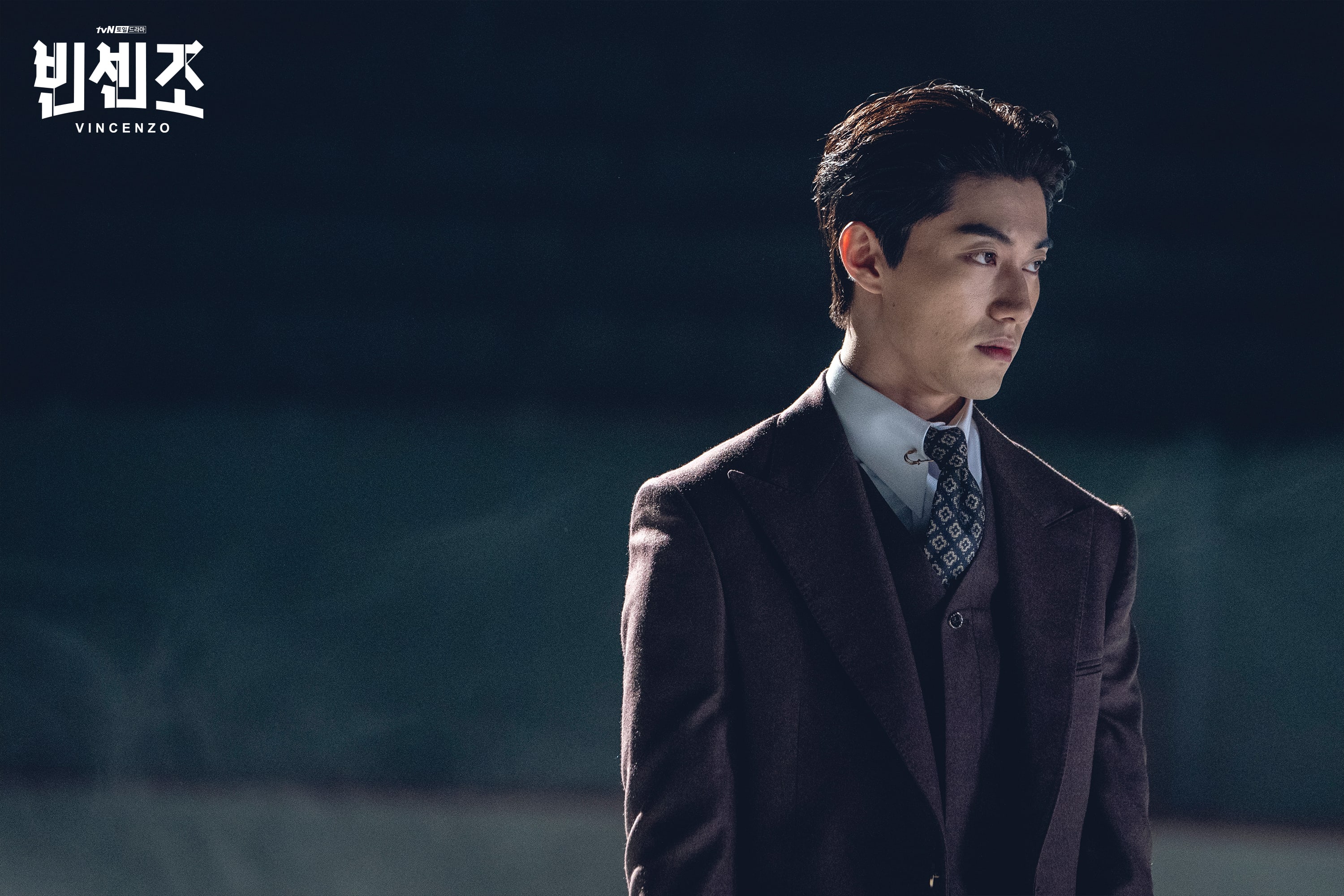 Jo Han Chul plays Han Seung Hyuk, the head of the nation’s top law firm Woo Sang, which cleans up Jang Han Seo’s messes. In his photo, he smiles slyly in his office. He’s a two-faced character who appears weak in front of those who are strong while putting on a strong persona in front of those who are weak, and he’s known as the person in charge of dealing with Babel Group’s trash. Drama fans will have to wait to see what secret designs hide behind his grin. 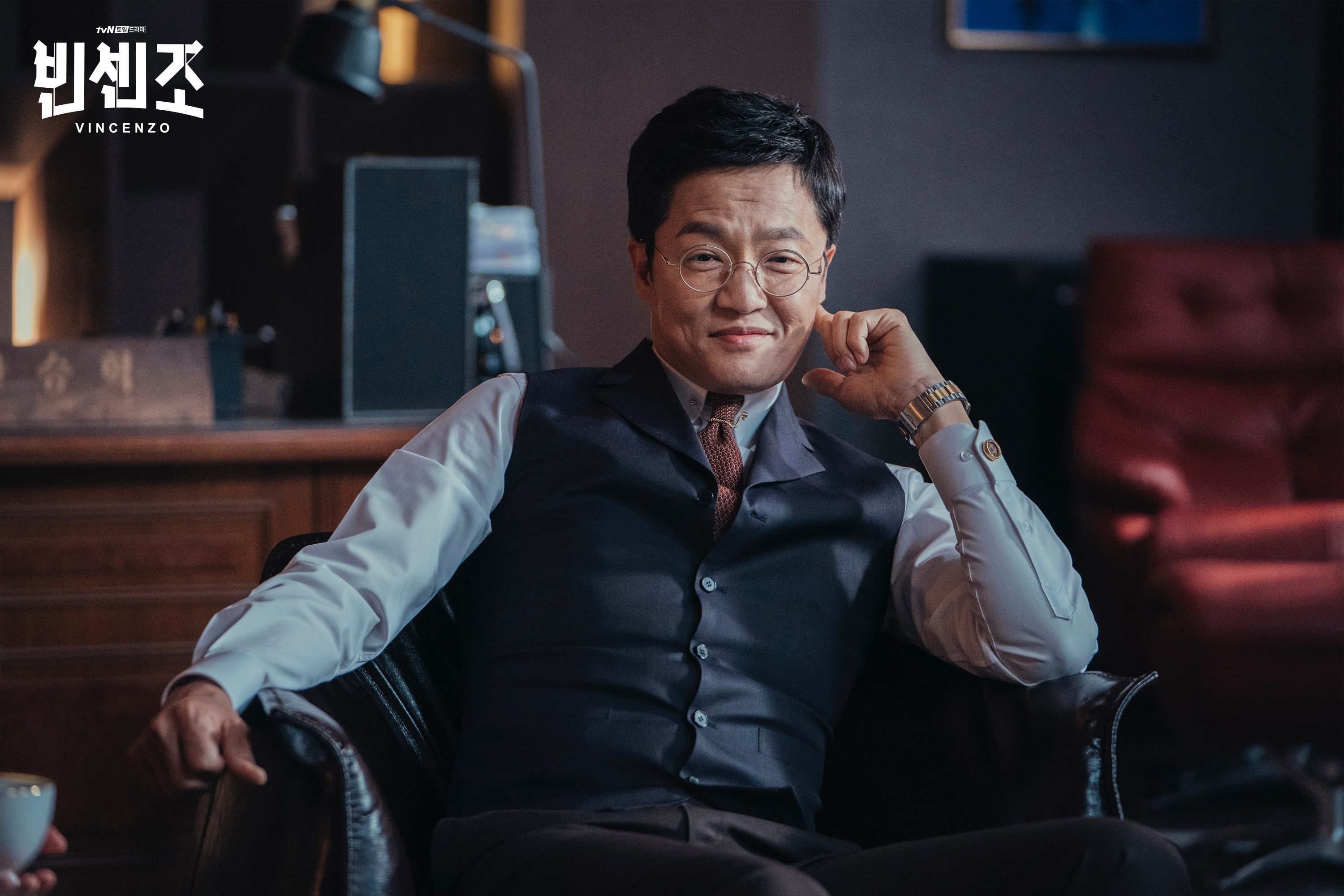 The production team shared, “The thrilling story of punishing evil through evil’s methods is at the core of ‘Vincenzo,’ and so the actions of these different villainous characters are as important as the ‘dark hero’ Vincenzo himself.”

“Kim Yeo Jin, Kwak Dong Yeon, and Jo Han Chul have transformed into ‘villains among villains’ to a degree that has never been seen before,” they continued. “Their counterattacks are formidable as they face off against Vincenzo. You’ll be able to see powerful villains who one wants to fight even more because they cannot be easily brought down.”