“Vincenzo” stars Song Joong Ki as Vincenzo Cassano, a lawyer and Italian Mafia consigliere who moves back to Korea after a conflict within his organization. He joins forces with Hong Cha Young (Jeon Yeo Bin), a tough veteran lawyer, and uses villainous methods to take down villains who cannot be touched by the law.

On February 3, tvN released individual character posters for five of the main cast members. The black-and-white posters represent the ambiguous morals of the drama, where heroes act like villains in order to take down the real villains. The actors’ charismatic gazes and poses also reinforce the vibe of classic crime films.

Song Joong Ki’s caption reads, “A man who is even tougher than villains! The cold-hearted Mafia consigliere.” 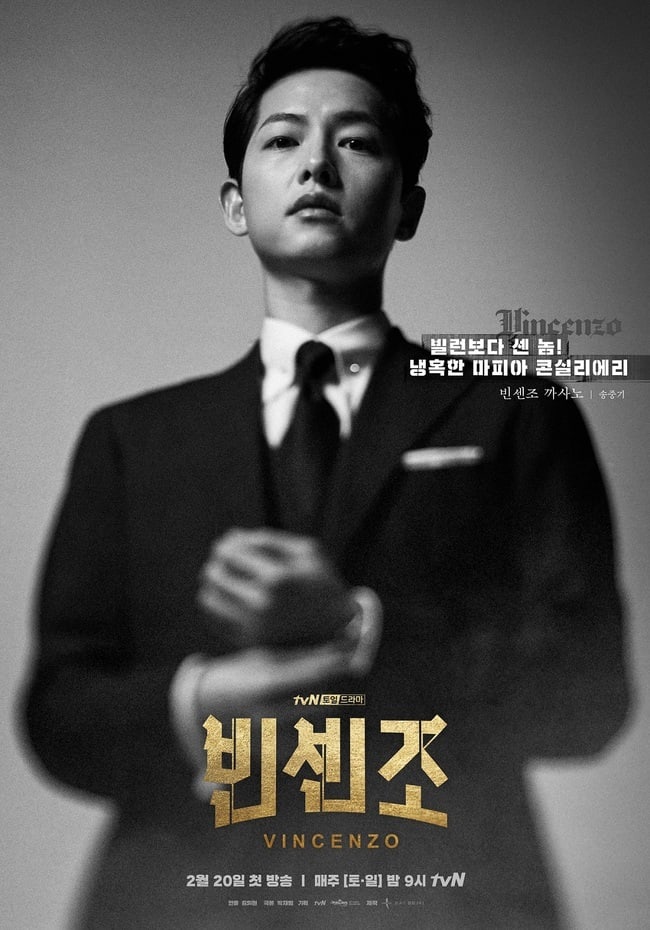 Jeon Yeo Bin’s caption reads, “The tongue of a devil and the obsession of a witch! The tenacious lawyer who wants to win at all costs.” 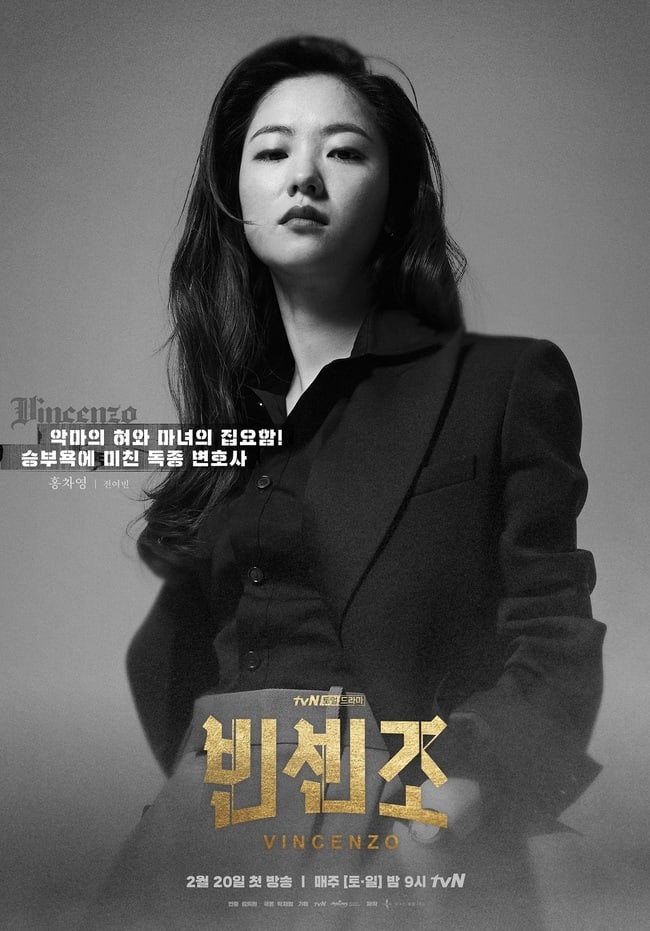 Taecyeon’s caption reads, “Straight ahead in work and love! The innocent and handsome intern.” 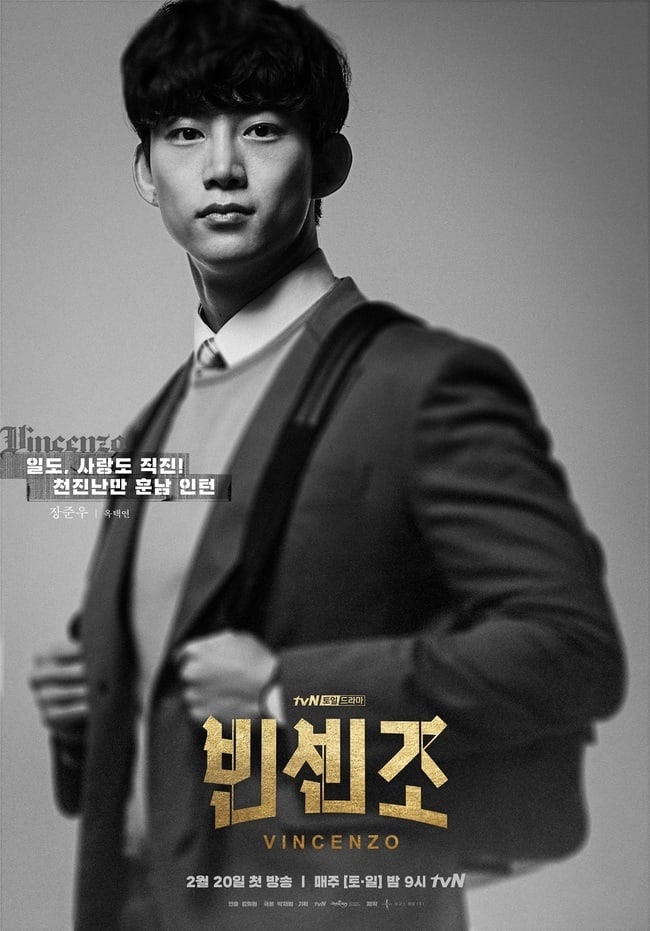 Kim Yeo Jin’s caption reads, “The real master of this place! A viper without blood or tears.” 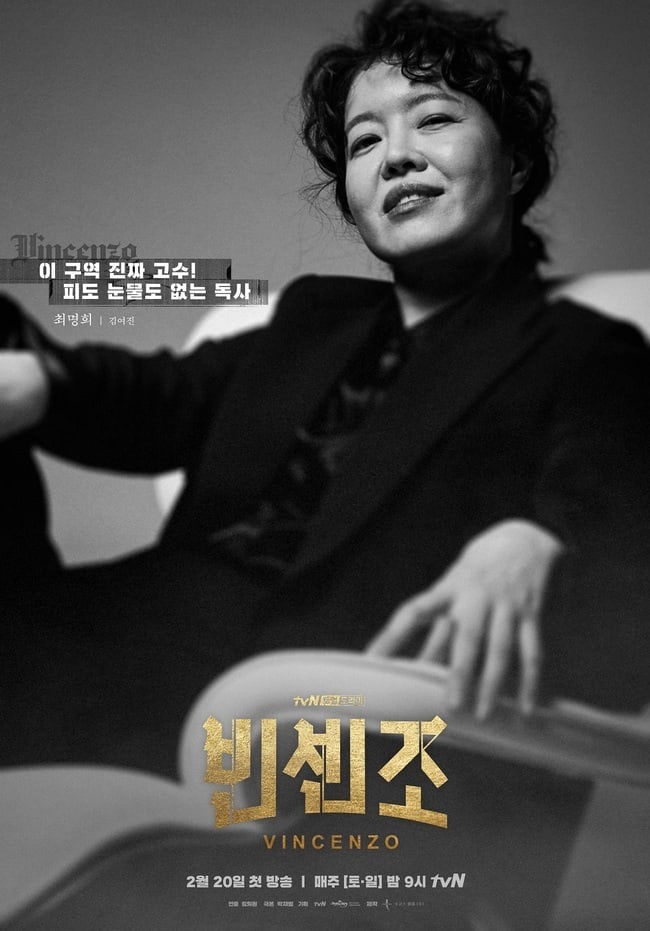 Kwak Dong Yeon’s caption reads, “The leader of [Babel] Group with a crazy side! A villain with an obsession with winning.” 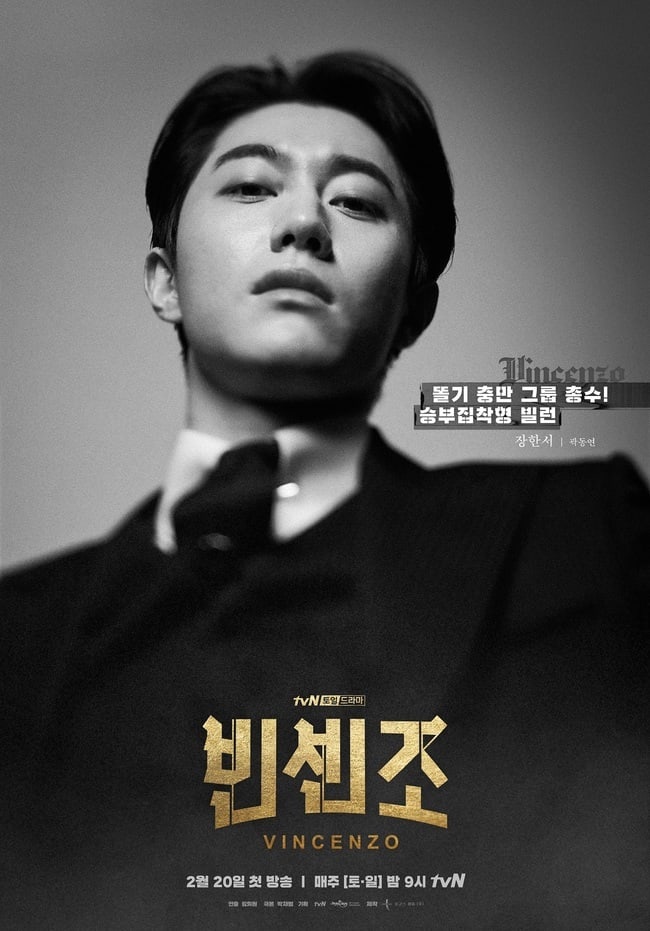 Check out Kwak Dong Yeon in “My Strange Hero” below!