“Mouse” is a mystery thriller set in a world where humans can identify psychopaths through a DNA test on a fetus in a mother’s womb. The drama centers around the question, “Would you give birth to a child knowing they were a psychopath?” Lee Seung Gi stars as Jung Ba Reum, an upstanding rookie police officer who passionately believes in justice. Lee Hee Joon takes the role of Go Moo Chi, a hardened detective whose parents were murdered when he was young and who is willing to resort to any means to avenge their deaths.

In the newly released poster, the two leads pose charismatically as they fix their gazes on something in the distance. Jung Ba Reum is wearing a spotless police uniform, and although he is known for his good-naturedness, the determined look on his face proves he is ready to get down to business. Go Moo Chi stands near him in a weathered bomber jacket, anger clouding his hardened features.

Drama fans are left wondering if the unusual aura between Jung Ba Reum and Go Moo Chi is foreshadowing a bitter rivalry or a powerful alliance formed to solve the case. The characters are on the trail of an evil predator who is described as the “top 1 percent” of psychopaths, and a chilling tagline on the poster reads, “He is hunting people.” 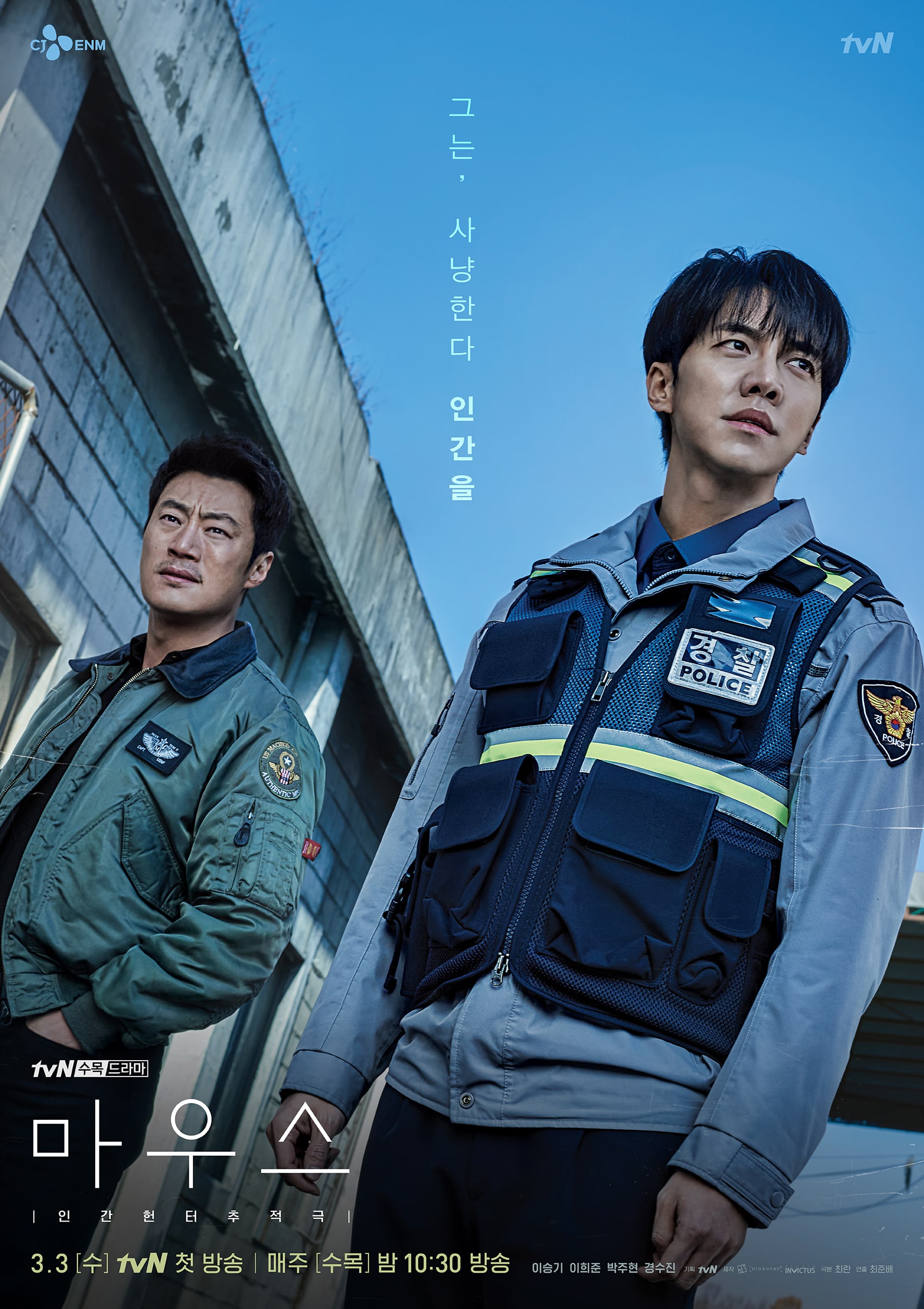 The drama’s production team commented, “We were left in awe as the two veteran actors exhibited an outstanding understanding of their respective characters by conveying an entire story through their gazes in just a single poster. We ask that you look forward to ‘Mouse’ to find out how Lee Seung Gi’s and Lee Hee Joon’s characters end up meeting despite their completely opposite dispositions and circumstances.”

In the meantime, watch Lee Seung Gi in “Hwayugi” here:

Also check out Lee Hee Joon in “Miss Baek” below!