Cho Seung Woo And Park Shin Hye Trust Each Other As They Aim To Save The World In “Sisyphus: The Myth”

Cho Seung Woo and Park Shin Hye’s characters are a formidable team because of their trust in each other in JTBC’s upcoming special 10th anniversary drama “Sisyphus: The Myth.”

The new show is a fantasy-mystery drama starring Cho Seung Woo as Han Tae Sool, a genius engineer who embarks on a perilous journey to bring to light hidden beings that are secretly residing in our world, and Park Shin Hye as his savior Kang Seo Hae, who has walked a long and dangerous path for him.

Han Tae Sool is celebrated as the nation’s hero after making his company Quantum and Time the best in the world. Yet he’s a selfish genius who feels no attachment to anything, not even the company he created with his own two hands or his friend who sacrifices himself for him. His life is turned upside down when Kang Seo Hae appears in front of him one day, saying that she will protect him and therefore save the world. One of the points that viewers should look forward to in the drama is the chemistry between the two lead characters as Kang Seo Hae comes from the future to find Han Tae Sool and they become strong partners.

On February 4, “Sisyphus: The Myth” shared a photo of the pair that highlights the trust they have in each other. One look at the shot can make one believe that they’ll definitely be able to save the world, because their faith in each other is evident as they stand firmly and look in each other’s eyes. After all, they’ve gone through many life-or-death situations together. It looks like this mutual trust will be the strongest foundation for them as they aim to achieve their shared goal of saving the world and changing the ruined future. 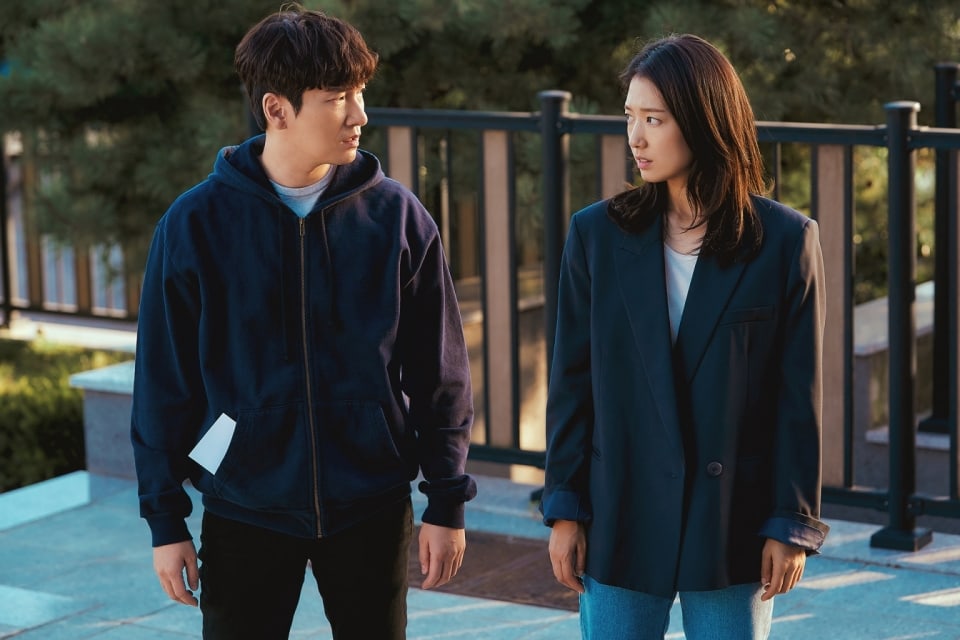 The production team stated that Han Tae Sool and Kang Seo Hae’s relationship will grow stronger bit by bit as they are united by a shared destiny. “One of the key points will be to watch out for how their relationship transforms,” they shared. “Sisyphus: The Myth” premieres on February 17.

Watch Park Shin Hye in “Little House in the Forest” below!