Ahn So Hee shared what her daily life is like on the latest episode of “Home Alone” (“I Live Alone”)!

On the February 5 broadcast of the show, former Wonder Girls member and current actress Ahn So Hee appeared as a guest and gave viewers a glimpse of her new home. “I’ve lived on my own for seven years,” she shared. “This is my new home that I’ve lived in for two months. I’m still getting used to it.”

“I used to use blackout curtains in the living room too so it was dark, but people told me to live in a brighter place,” she explained with a smile. She went on to describe how she feels like she’s in a cafe when she’s at home, adding, “I’m really satisfied with it.” 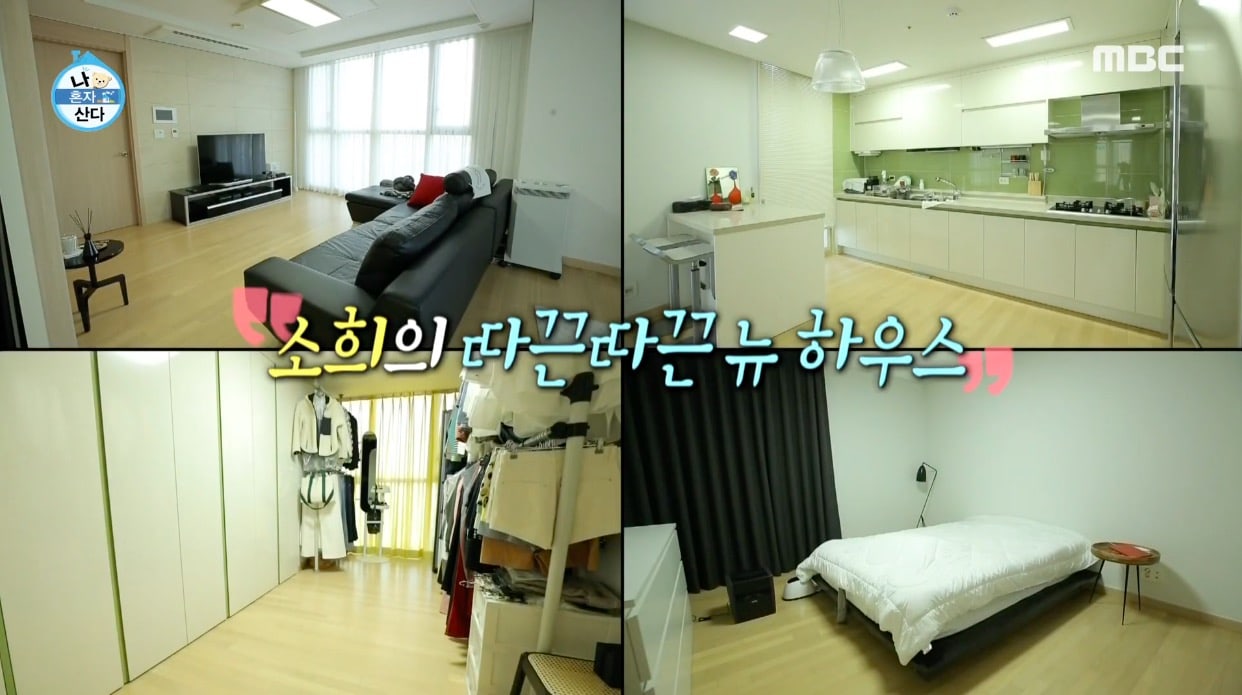 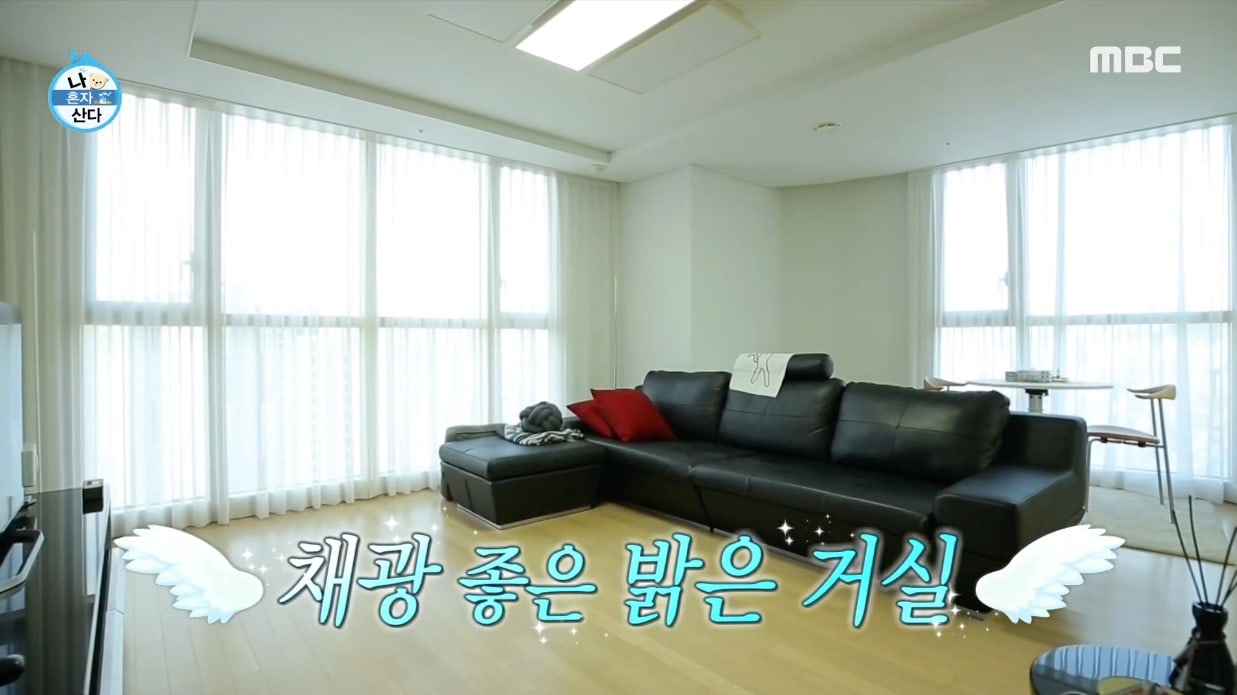 Her home is very simply decorated, and she shared that she likes things to be tidy and clean. The program also showed her neatly organized dressing room, which even has its drawers labeled. “I feel happy when I go in my clean dressing room,” she said with a laugh. 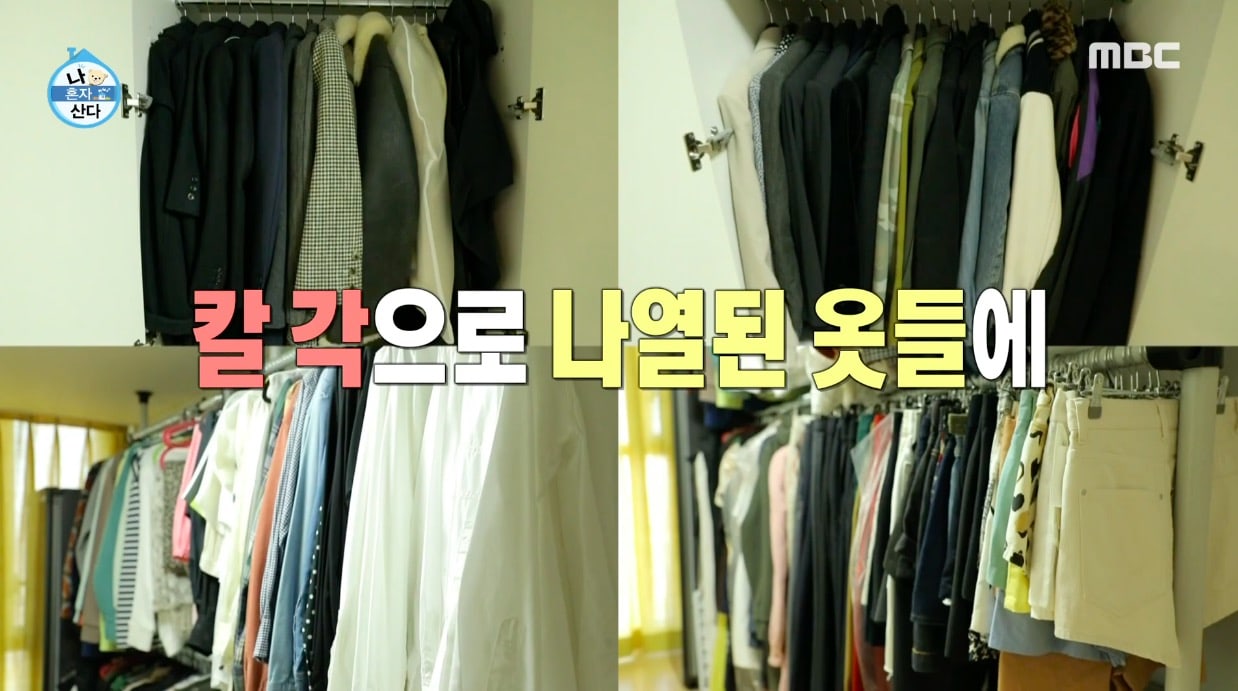 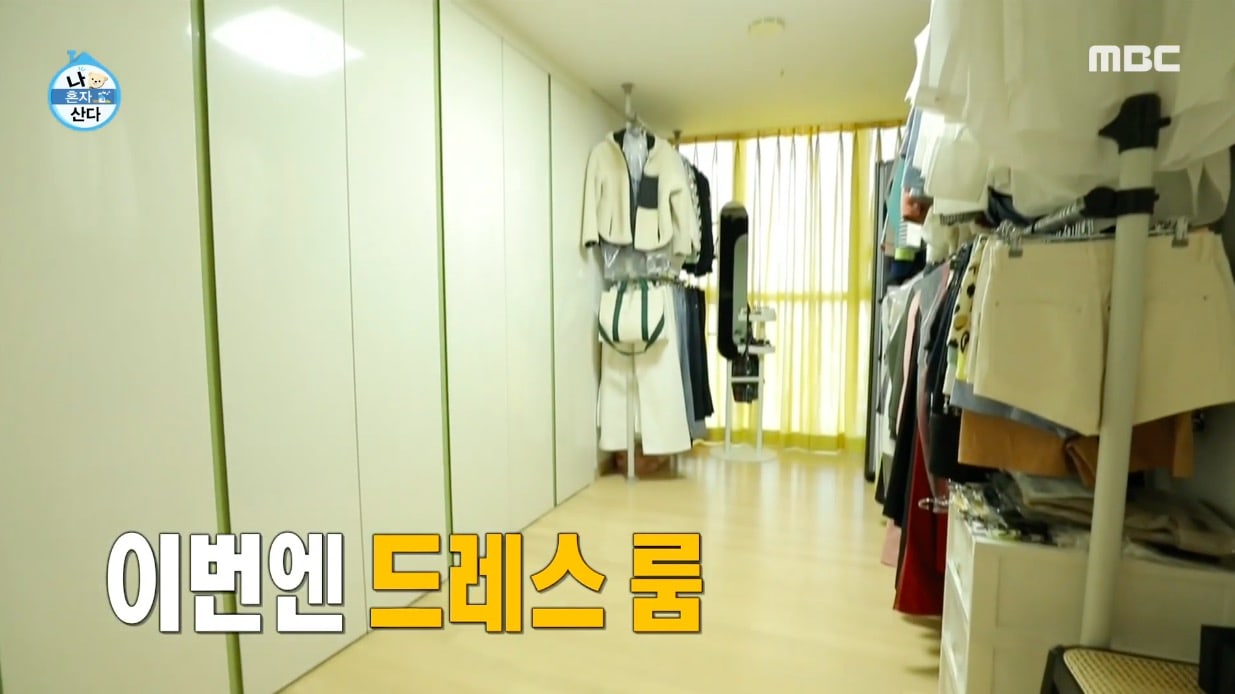 Ahn So Hee got up in the morning and stretched as soon as she woke up. After she made tea, she had bread and a salad for breakfast, spending a long time eating it. The actress explained, “I’m very slow at eating. I enjoy taking my time in the morning.” 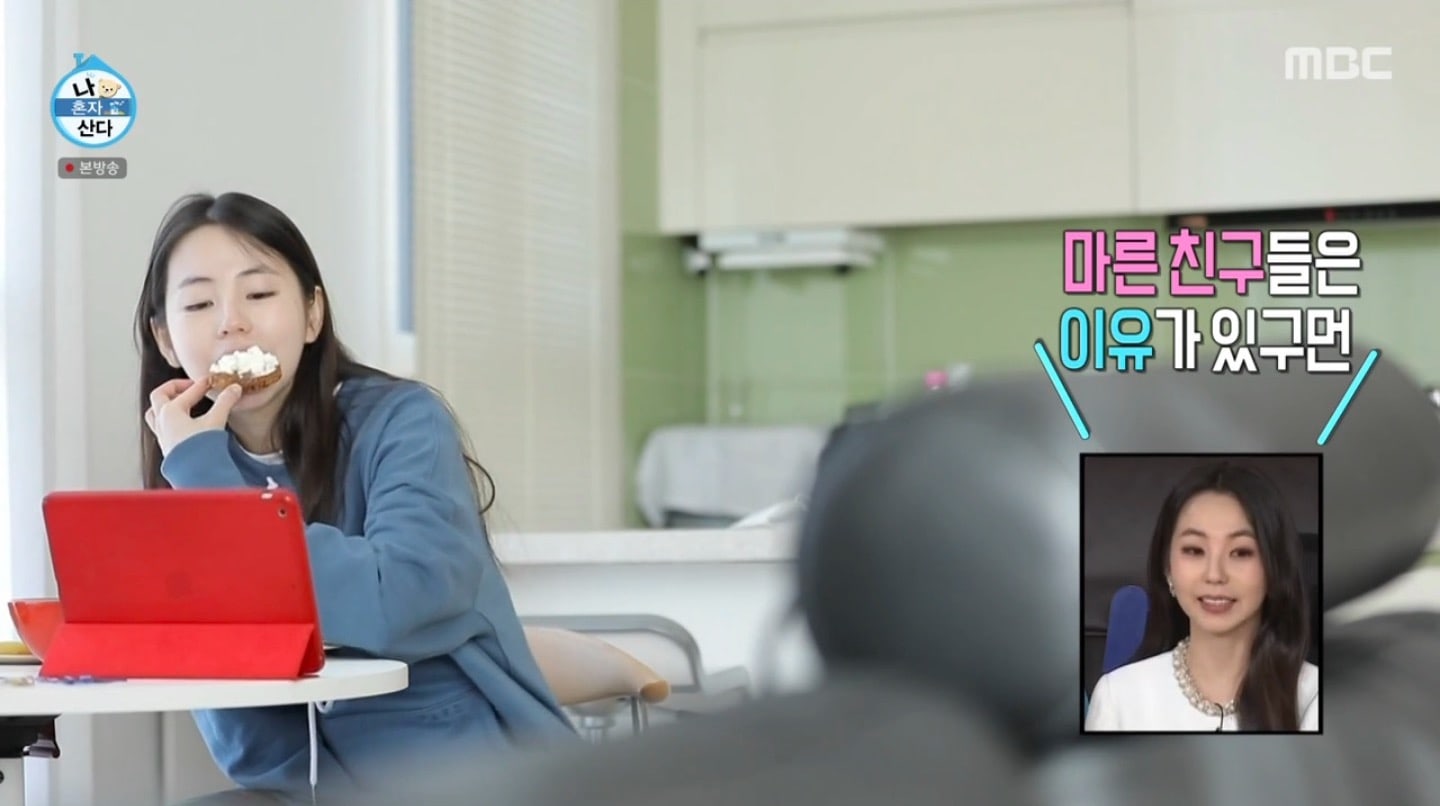 Ahn So Hee shared that she’s very into beading lately and she also talked about how her favorite snack is yakgwa (a traditional Korean sweet cookie). She enjoys trying different brands of the snack.

She headed out to go exercise, where she ran, cycled, and even ran on a treadmill that was underwater in a pool. Talking about her exercise routine, she shared, “I try to do it every day if I can, and I’ll do it twice a day when I have the time.” 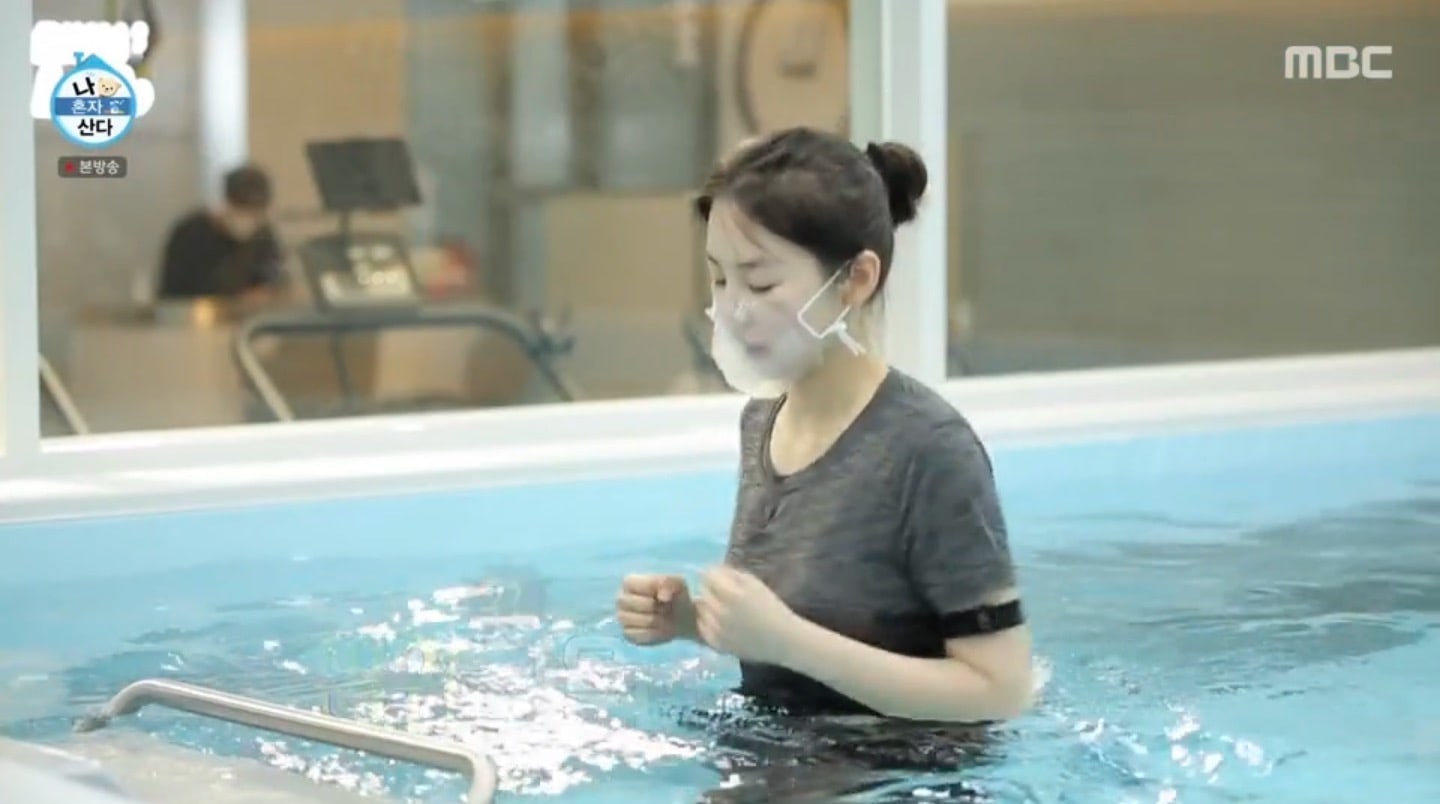 Ahn So Hee also shared, “Since I began my career as a singer at an early age, I haven’t had a lot of experiences outside of my work.” She commented that she tries to experience as much as she can so that she can portray people living ordinary everyday lives in her acting projects. “I travel and I also learn everything I’m interested in,” she said.

She then came home with groceries, and Ahn So Hee shared, “I like cooking. People say it’s delicious.” Her older sister came over and they had dinner and makgeolli (rice wine) together. Ahn So Hee’s sister, who is six years older than her, gave her some warm slippers, saying, “I went to your music video filming set when you were a singer, and it was so cold. I was worried because you have to do that kind of filming again.” Her sister became tearful. 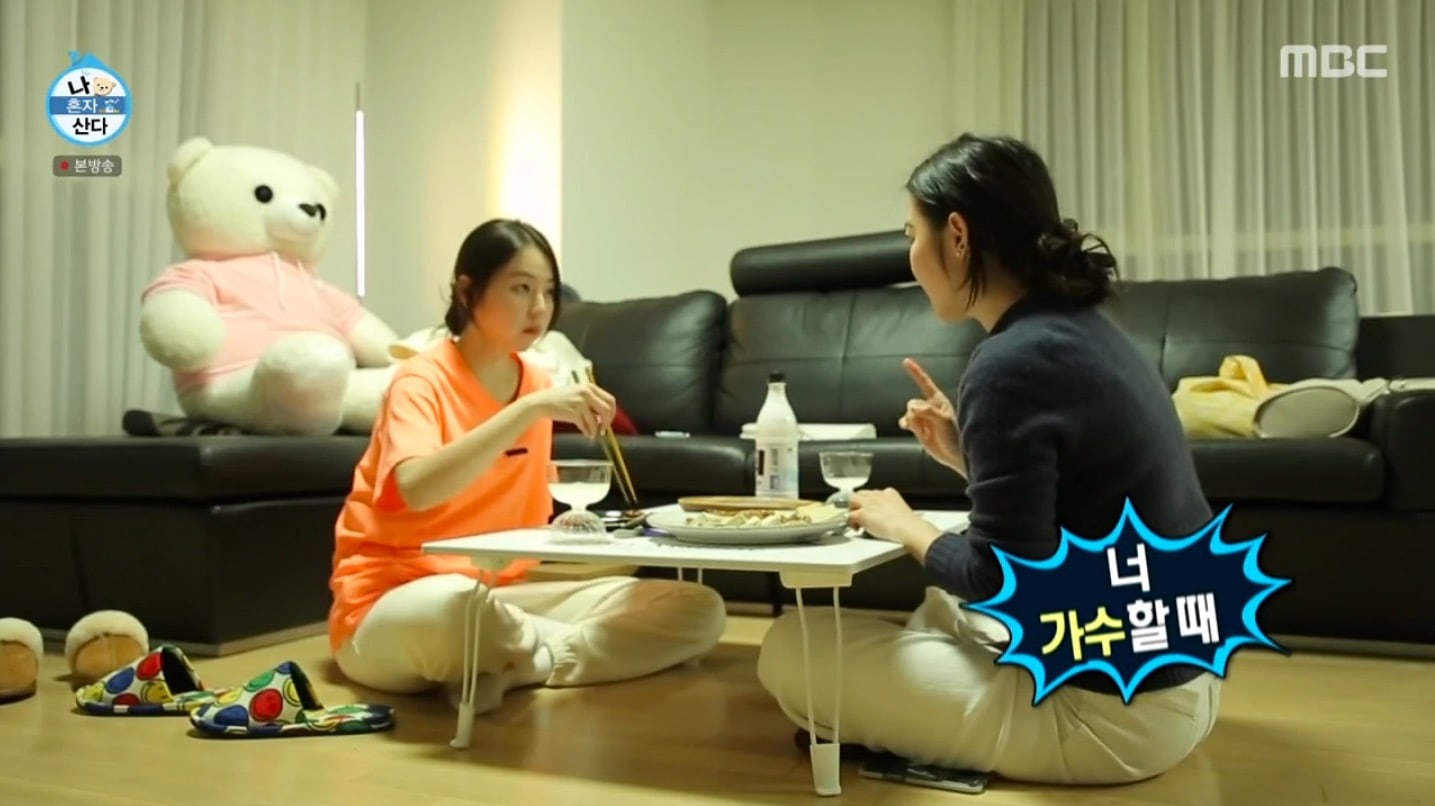 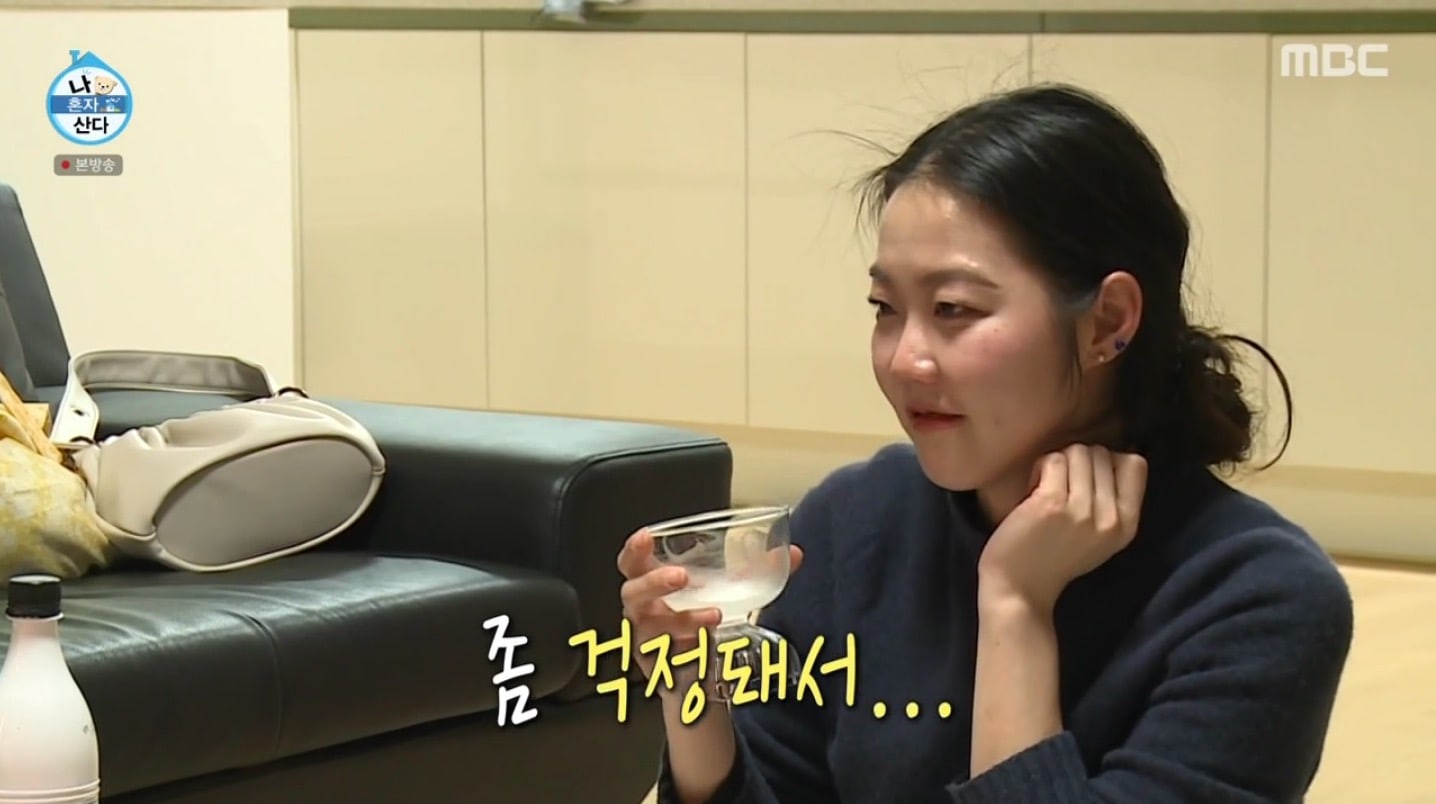 Ahn So Hee said in her interview, “My mother and father were both working when I was young, so I spent a lot of time with my sister. My sister is like my sister, my friend, and my mom. She takes care of me a lot. She’s a huge source of strength for me.” Ahn So Hee also began to cry. 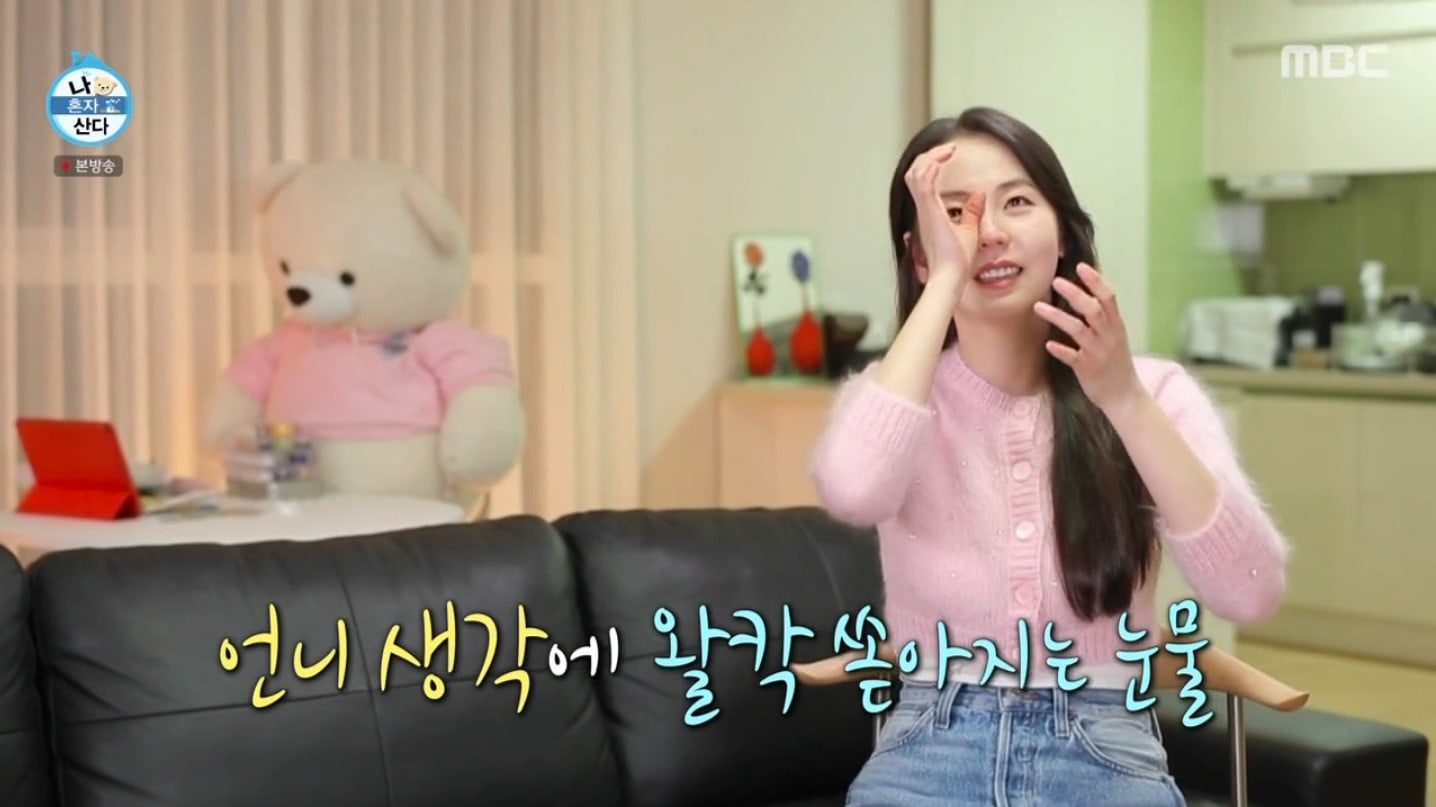 The actress went on to show how much she appreciates her father. “Our dad became a total ‘fool for his daughters’ after raising his two daughters on his own from early on,” she said in her interview. “My dad seems like a mom to me and my sister does too. When I think of the two of them, my eyes get red.” As Ahn So Hee spoke with her sister, she shared that her father would always cut up kiwis and apples for her in the morning and tell her to take them with her. She said, “Dad is working hard at exercising but why are his arms and legs getting thinner?”

Before her sister went home, Ahn So Hee gave her a beaded mask strap she’d made and packed food for her.

Ahn So Hee shared, “I was really busy with work when I was a teenager and I didn’t have any official breaks when I was a singer. In my 20s when I changed careers, my schedule was emptier. I didn’t know how to use my remaining time so sometimes I felt depressed and lethargic. Now I try to do a lot. I think my 20s were a process of practise for learning how to spend my time well. In my 30s, I want both my work and my daily life to be productive and busy, and I want to spend my time doing many memorable things.”

Ahn So Hee
Home Alone
How does this article make you feel?