Kim Jung Won (Hwang Shin Hye) became the CEO of LX Fashion with her blood, sweat, and tears. Her company has made unprecedented remarkable progress and has gained an unrivaled position in the field. However, some malicious board members are waiting for her downfall, and they attempted to use the “rumor” of Lee Bit Chae Woon being her daughter to take her down.

Although Kim Jung Won really treasures the daughter she found again, she’s not ready to expose the truth. As the representative of a successful company, she always had to put Lee Bit Chae Woon last. She denied Lee Bit Chae Woon was her daughter and was even careful about making decisions surrounding her so that people wouldn’t suspect anything.

However, it seems like Kim Jung Won will change her mind about keeping Lee Bit Chae Woon a secret in the next episode.

In the new stills, Kim Jung Won is ready to make an announcement. Lee Bit Chae Woon stares at her in shock, but Kim Jung Won continues with firm resolve. Jang Seo Ah (Han Bo Reum) and Hwang Na Ro (Jeon Sung Woo) watch them with nervous eyes. The two were actually pleased with the way things were going, since their goal was for Lee Bit Chae Woon not to be acknowledged as Kim Jung Won’s daughter. However, it looks like they’re about to get a taste of their own medicine in the upcoming episode. 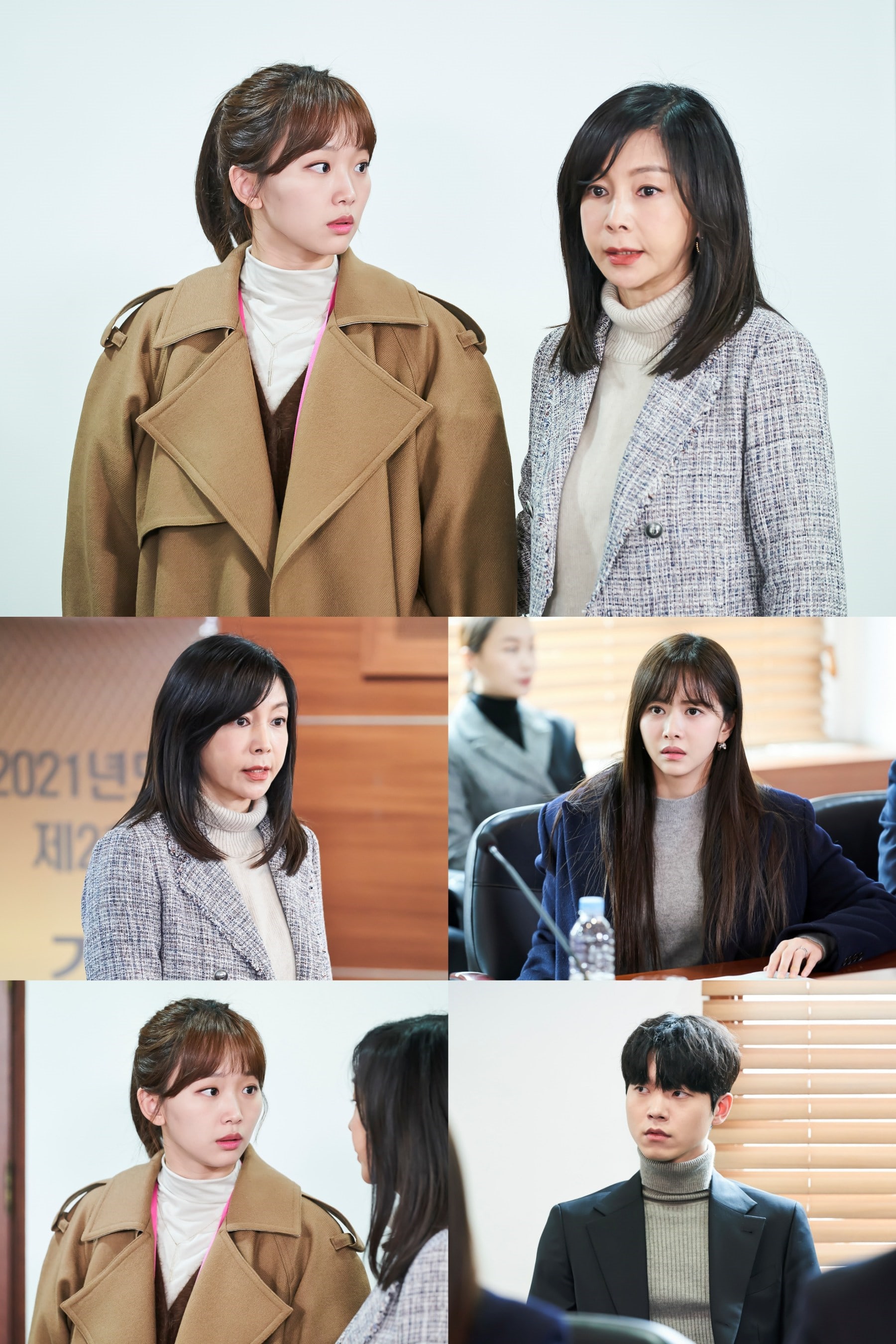