Watch: SF9’s Rowoon And Won Jin Ah Enjoy Teasing Each Other Behind The Scenes Of “She Would Never Know”

JTBC’s “She Would Never Know” shared another behind-the-scenes look at the drama!

The new making-of video begins outside as Rowoon and Won Jin Ah rehearse their beatboxing and dancing skills for the scene. When they begin filming, Rowoon does his best to tease Won Jin Ah’s character by imitating different dance moves before getting close to her and attempting to beatbox, which makes her jump in surprise. The pair dissolve into laughter when they finish, and Rowoon yells, “I’m embarrassed!” as he walks away from the camera with hunched shoulders. Won Jin Ah continues to mimic his earlier beatboxing sounds while Rowoon points her out to the camera and says, “She keeps teasing me.” 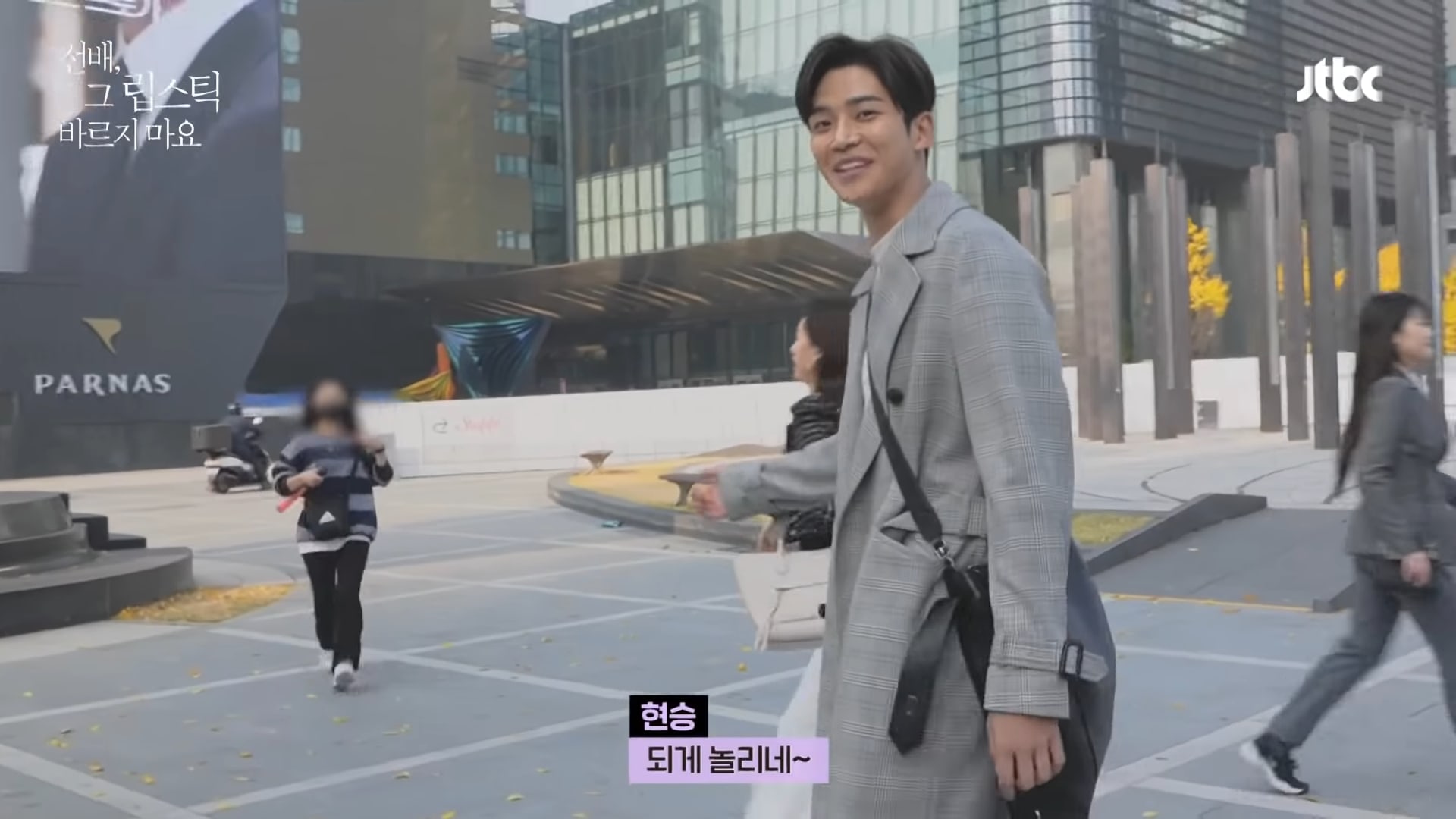 Rowoon and Won Jin Ah then move inside, where they stand in front of the elevator to film an awkward scene with Lee Hyun Wook and Lee Kyu Han. Although Rowoon attempts to hide in a corner, his deception is short-lived as the staff announce his arrival.

The set soon turns into a dance floor, however, as Won Jin Ah orders him to dance for her. The director joins in as well, and soon Lee Hyun Wook, Rowoon, and Won Jin Ah start to show off their own moves as they dance to an imaginary beat. After shaking the dancing bug out of their systems, Rowoon and Won Jin Ah revert back to the task at hand and film their scene in a professional manner.

Rowoon keeps the lighthearted atmosphere on set alive as he plays around with a robot ahead of the next scene. Seeing Rowoon hanging a bag of sandwiches on the robot’s arm, Won Jin Ah comments dryly, “It’s so romantic.” She pretends to be touched by the gesture, and the director plays along. Right before the cameras begin to roll, Won Jin Ah pumps her fist in encouragement for Rowoon, who cutely mimes eating a sandwich. The scene takes its toll on Rowoon, who mentally braces himself after the first take. 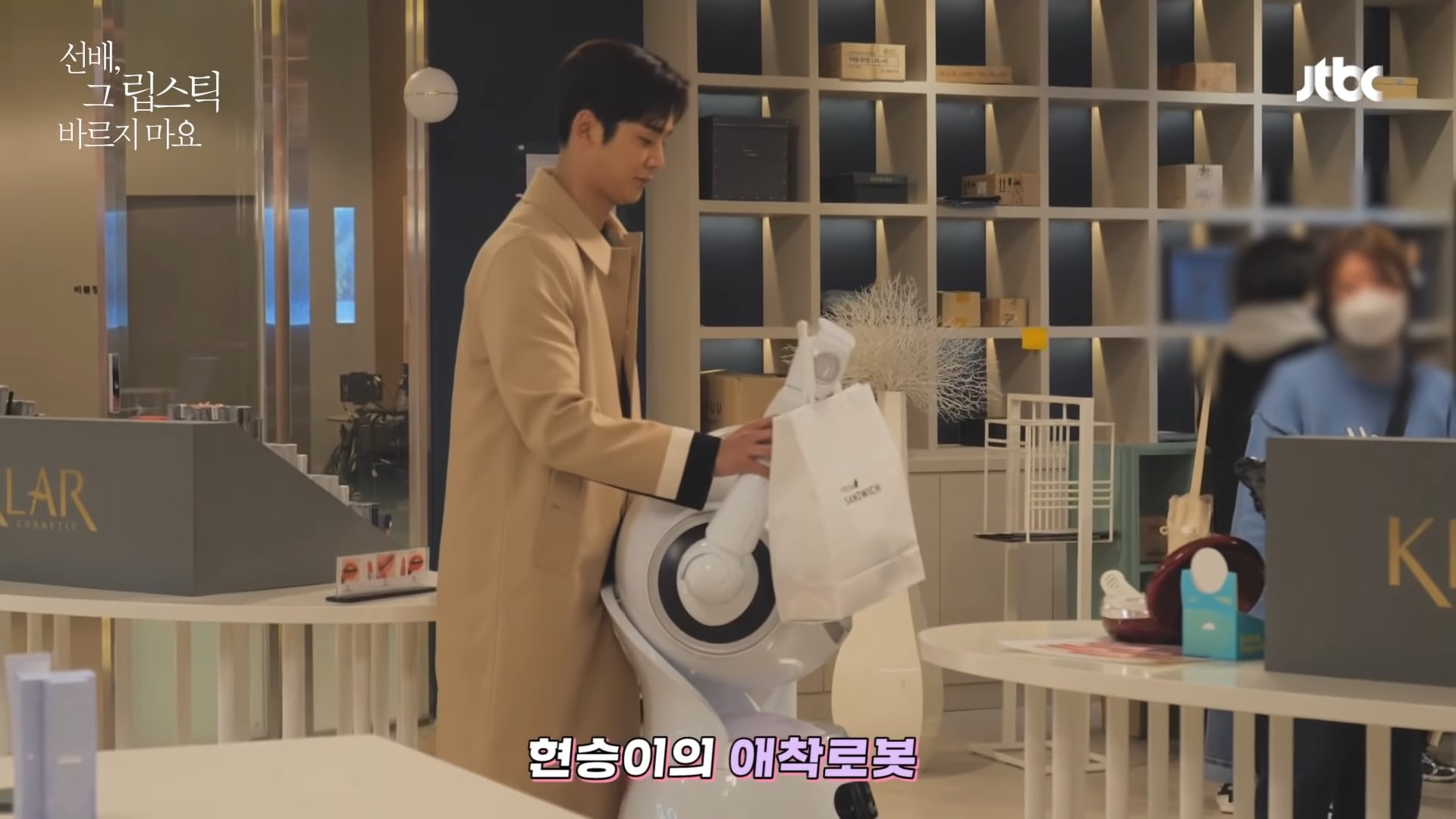 After Rowoon and Won Jin Ah film a scene where they sit down to eat the sandwiches, Lee Hyun Wook appears for his scene where he comes across Rowoon. Lee Hyun Wook plays around as he hides at his desk, typing away at the keys even though his computer screen is black. When he peers around the edge of the monitor, Rowoon reacts by letting out a laugh as he says, “You’re scary.”

Suddenly, Kim Han Na runs across the set to retrieve her phone, making Lee Hyun Wook look up in surprise. He teases her by saying, “Pull yourself together,” and the other cast members call out in chorus, “Goodbye,” as she runs off the set. Rowoon and Lee Hyun Wook then finish up their scene by striking some odd poses at each other.

“She Would Never Know” airs on Mondays and Tuesday at 9 p.m. KST.

Rowoon
Won Jin Ah
Lee Hyun Wook
She Would Never Know
How does this article make you feel?