The storm clouds hanging over Woo Jae Hee and Lee Bit Chae Woon’s relationship have finally passed. Woo Jae Hee made up with his father Woo Jung Hoo (Jung Bo Suk) after conflict that stemmed from a misunderstanding that tore them apart. After finally resolving their differences, a huge burden was taken off of Woo Jae Hee’s shoulders, and he was able to freely let out his emotions.

Meanwhile, Lee Bit Chae Woon regained her smile after reuniting with Woo Jae Hee and as her resentment for her biological mother Kim Jung Won (Hwang Shin Hye) began to fade. Kim Jung Won announced the truth about Lee Bit Chae Woon in front of the board members at her company LX Fashion, proving that her daughter was more important than her position as CEO of the company.

All that remains for the couple is to find happiness together. New stills show Woo Jae Hee and Lee Bit Chae Woon preparing for their wedding day by shopping for the perfect wedding dress. As Lee Bit Chae Woon stands elatedly beaming before him in a pure white dress, Woo Jae Hee looks up at her in pure awe. He stands up to take her hand, smiling at his soon-to-be bride with warmth and affection. 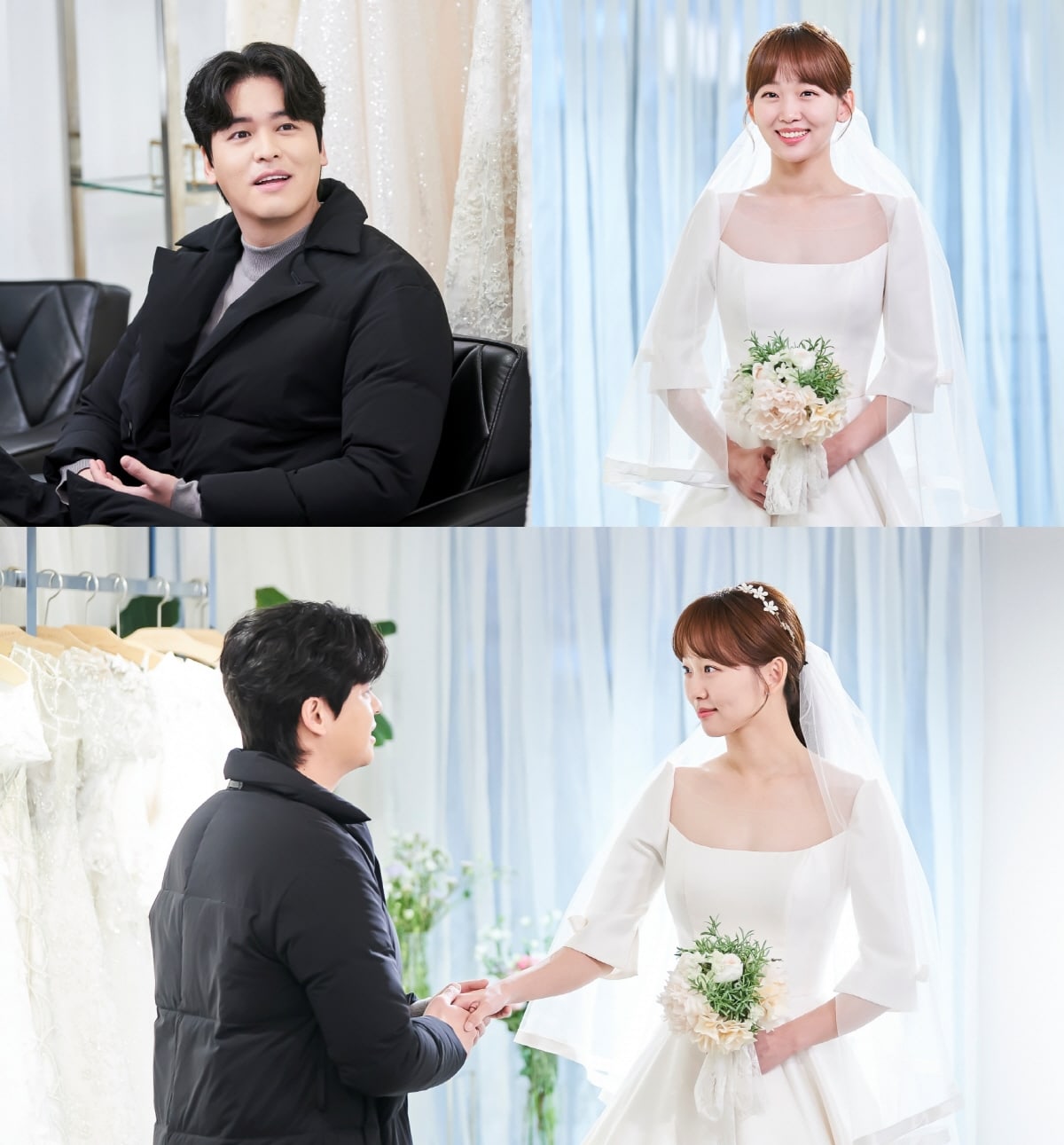 The drama’s production team commented, “A battle of nerves between the three mothers Lee Soon Jung, Kim Jung Won, and Jung Min Jae (Jin Kyung) will take place as they prepare for the wedding. Look forward to the story of the Koala-Moongi couple, who are adrift on the sea of happiness despite all of this.”