On the February 7 episode of KBS’s “2 Days & 1 Night Season 4,” the cast continued their “Sunday Movie Tour.”

The “Sunday Movie Tour” involves the members going around and dressing up as characters from famous movies to make a new poster for the show. This week, the fourth film on their tour was the romance film “Love Story.” As the mission for choosing their characters, the members were told to call someone they knew and hear the words “I’m sorry” back.

DinDin called his father and brought up a time which his father had taken his makgeolli (rice wine) without asking him. Instead of hearing “I’m sorry,” his father scolded him. Moon Se Yoon called his colleague Hwang Je Sung, who caught on that this was a mission and absolutely refused to say the required phrase. Kim Jong Min called Koyote member Baekga, who hung up on him. Kim Seon Ho called the director of the play that he is currently working on and succeeded in the mission. 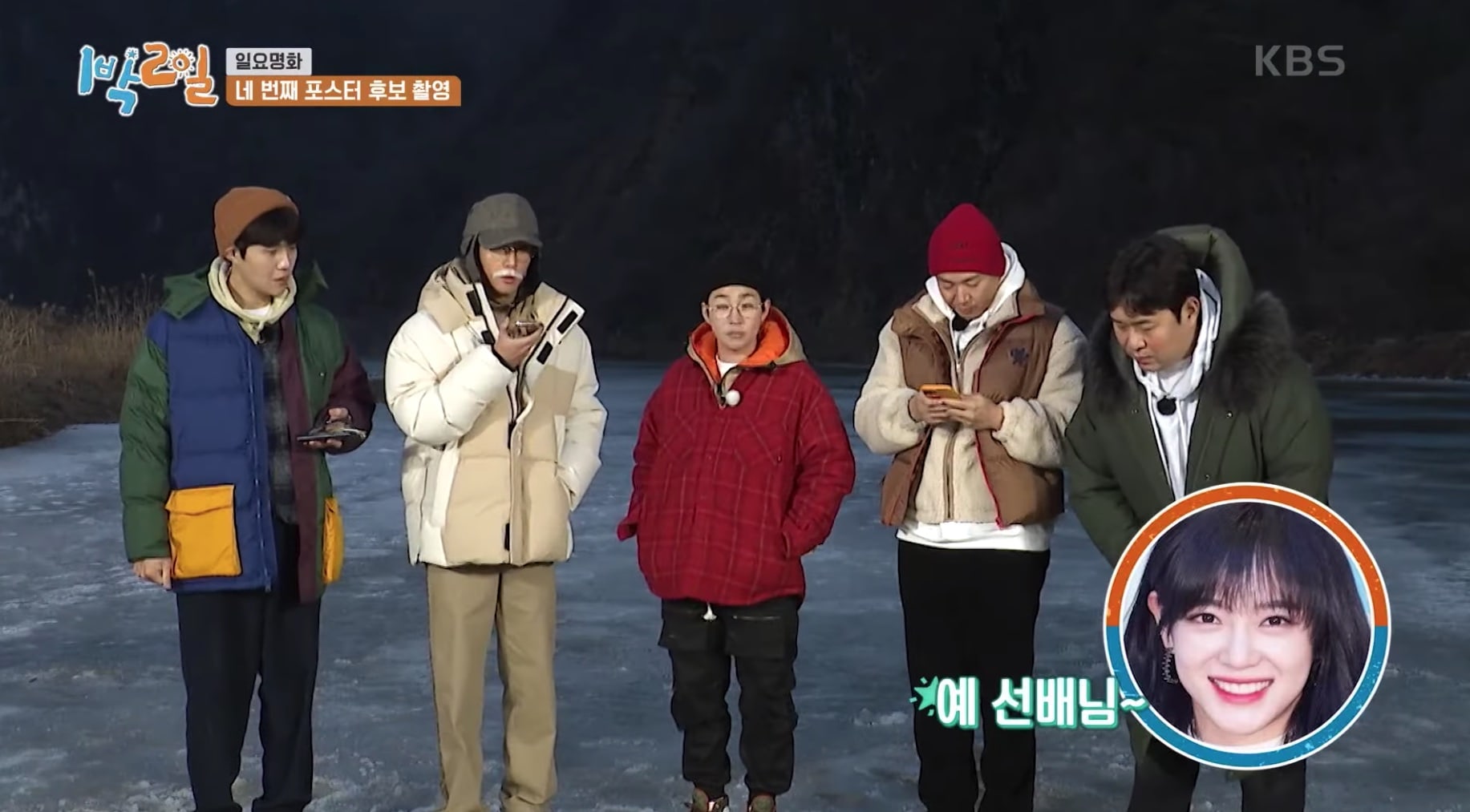 Ravi called Kim Sejeong, who had been his junior when both were signed under Jellyfish Entertainment. The phone rang for some time before Kim Sejeong picked up, prompting Ravi to ask, “Why did you pick up so late?” She replied, “I’m sorry,” meaning that Ravi succeeded in his mission in about two seconds. 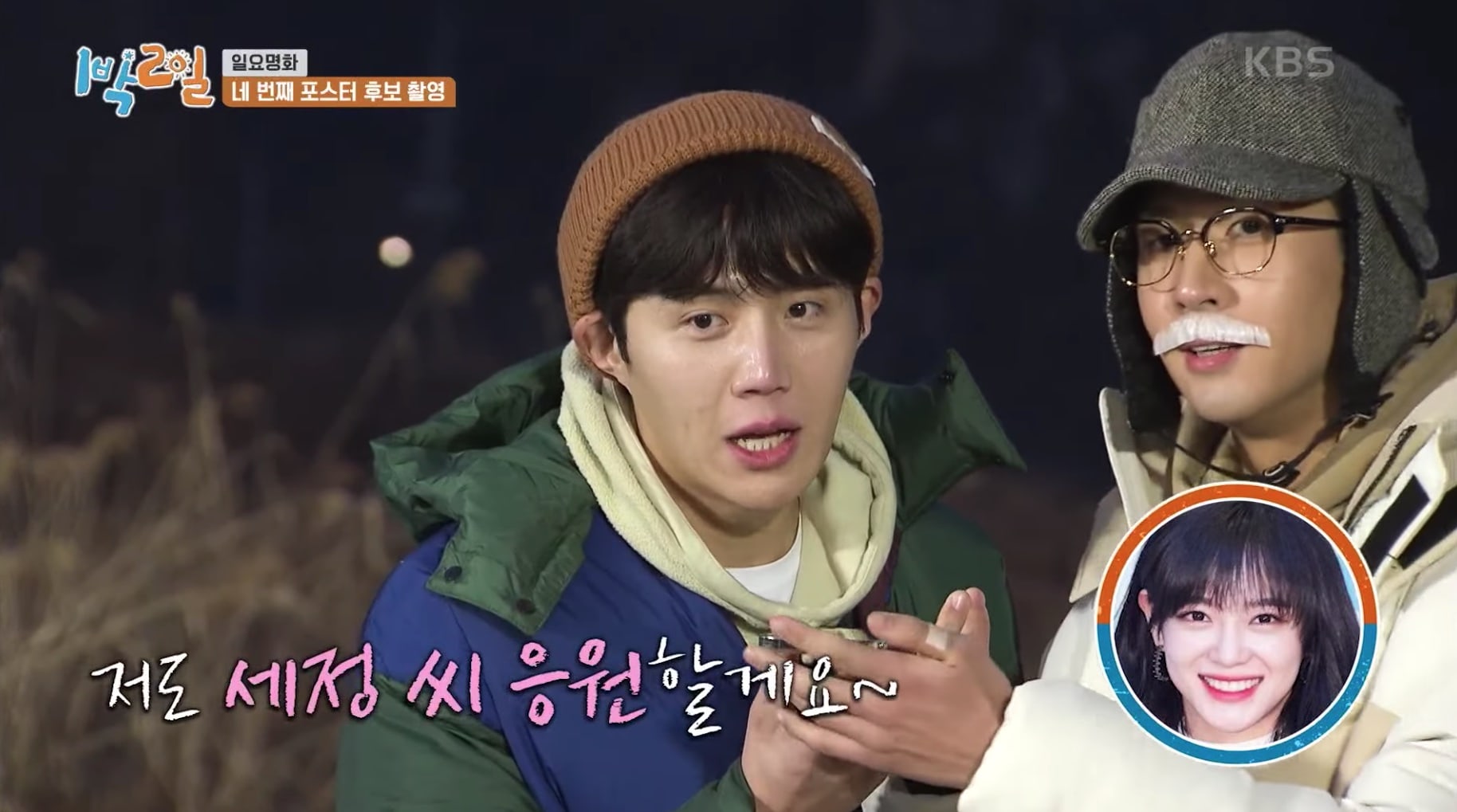 After explaining the mission to her, Ravi shared that Kim Sejeong is a fan of “2 Days & 1 Night.” He asked her who her favorite member is and she said without hesitation, “Kim Seon Ho.” Kim Seon Ho took the phone and said that he had enjoyed her latest drama, “The Uncanny Counter.” At the end, Kim Sejeong said, “Please invite me on the show!” and Kim Seon Ho said, “This is a promise.” 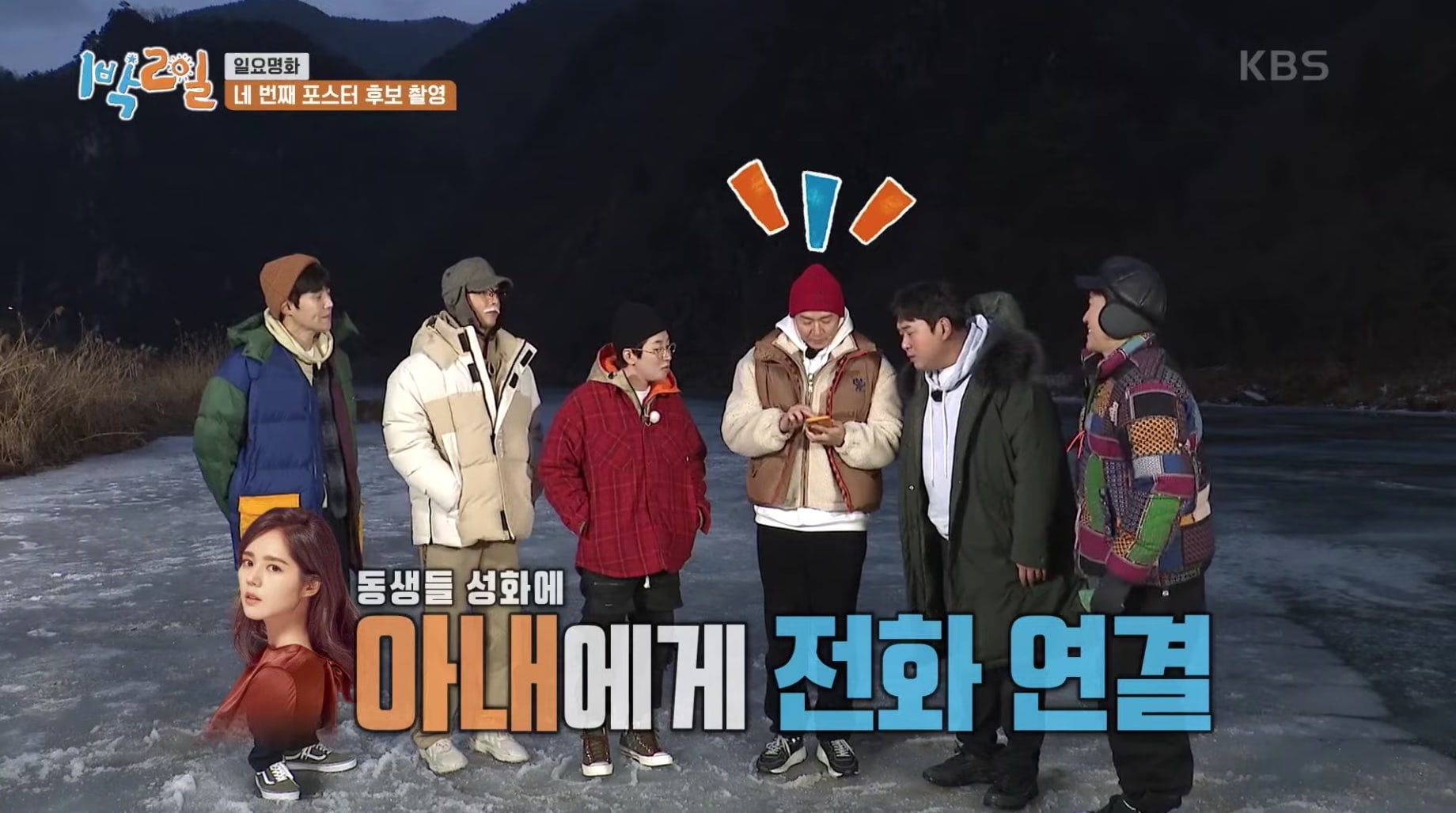 Yeon Jung Hoon said that he had no one to call and ended up calling his wife, actress Han Ga In. Before he made the call, he joked, “I don’t think I’ve ever heard the words ‘I’m sorry’ from her in my life. I’ve said it a lot though.” It was revealed that he had his wife saved in his phone’s contact list as “Toggaengi” (“Bunny” in English) and that he called her “Mimi” as a term of endearment.

The first question he put to Han Ga In was, “What is something that you’ve never said to be more,” but she responded with, “Hey!” He tried again with, “What do I say when I come home after drinking out?” and she said, “I’m sorry?” Although he succeeded in the mission, Yeon Jung Hoon was unable to beat Ravi’s record. 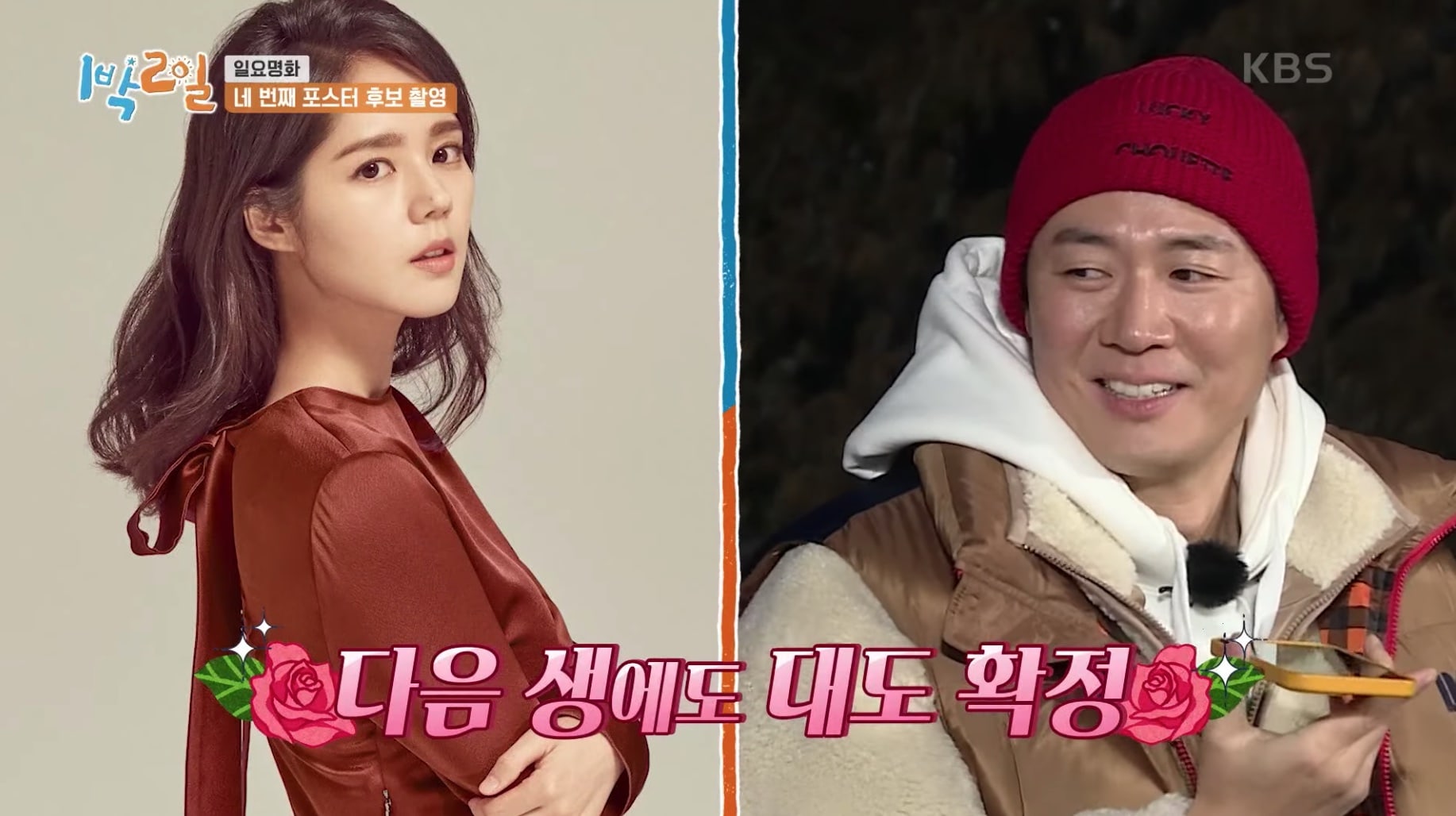 The members were excited to be on the same phone call with Han Ga In and asked her how she would rate his work on “2 Days & 1 Night Season 4.” She said, “About 90 points,” giving him a high score, but added jokingly, “Because I had no expectations at all.”

Moon Se Yoon asked her about the reason she had chosen Yeon Jung Hoon as her husband and she said, “I really liked his personality. I’m sure that you know this by now, but he is a very warmhearted person.” Asked if she would marry him again in another life, she said humorously, “Do I have to get married at all?” but added, “If I were to get married again, I would marry him again.”

The phone call ended with the cast asking her if she would ever appear on the show. She said, “I’d love to, but the kids…” Moon Se Yoon quipped, “Yeon Jung Hoon can watch the kids and you can come instead.”