Yoo Jae Suk introduced Lee Sang Yi and said, “This is good news for Kim Jong Kook. Lee Sang Yi is from Anyang.” Anyang is Kim Jong Kook’s hometown and he is famous on “Running Man” for showing affection to anyone else who is also from there. 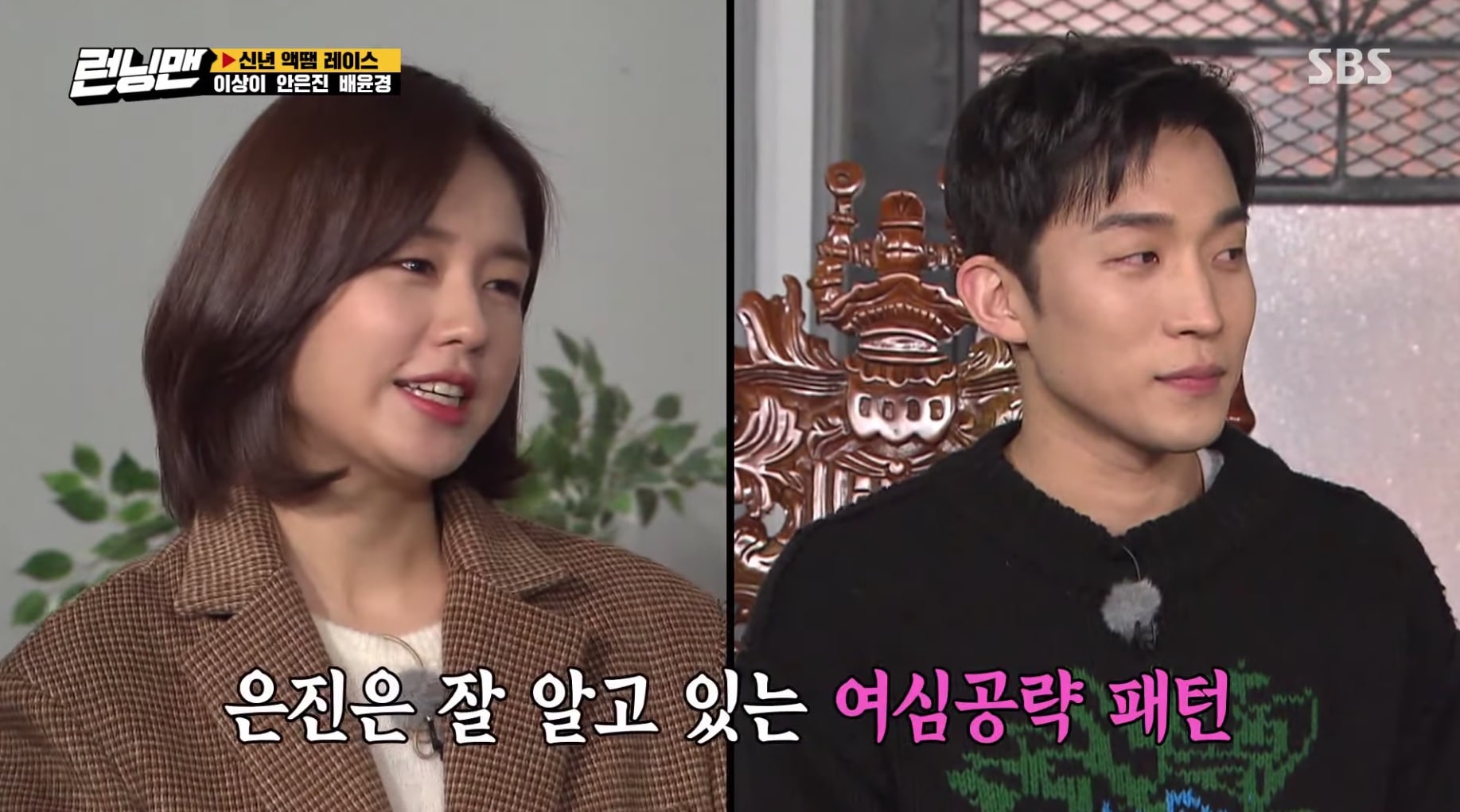 During Lee Sang Yi’s introduction, Ahn Eun Jin kept breaking in to add some new detail, prompting amused suspicions from the cast that they had been in a romantic relationship. The two actors explained that they had been in the same class in university together. When Ahn Eun Jin proved how much she knew about Lee Sang Yi, HaHa asked, “Are you his ex-girlfriend?” Ahn Eun Jin said, “We went to the same university. We were in the same class and we did performances together, so we saw each other to the point that we were sick of it.” 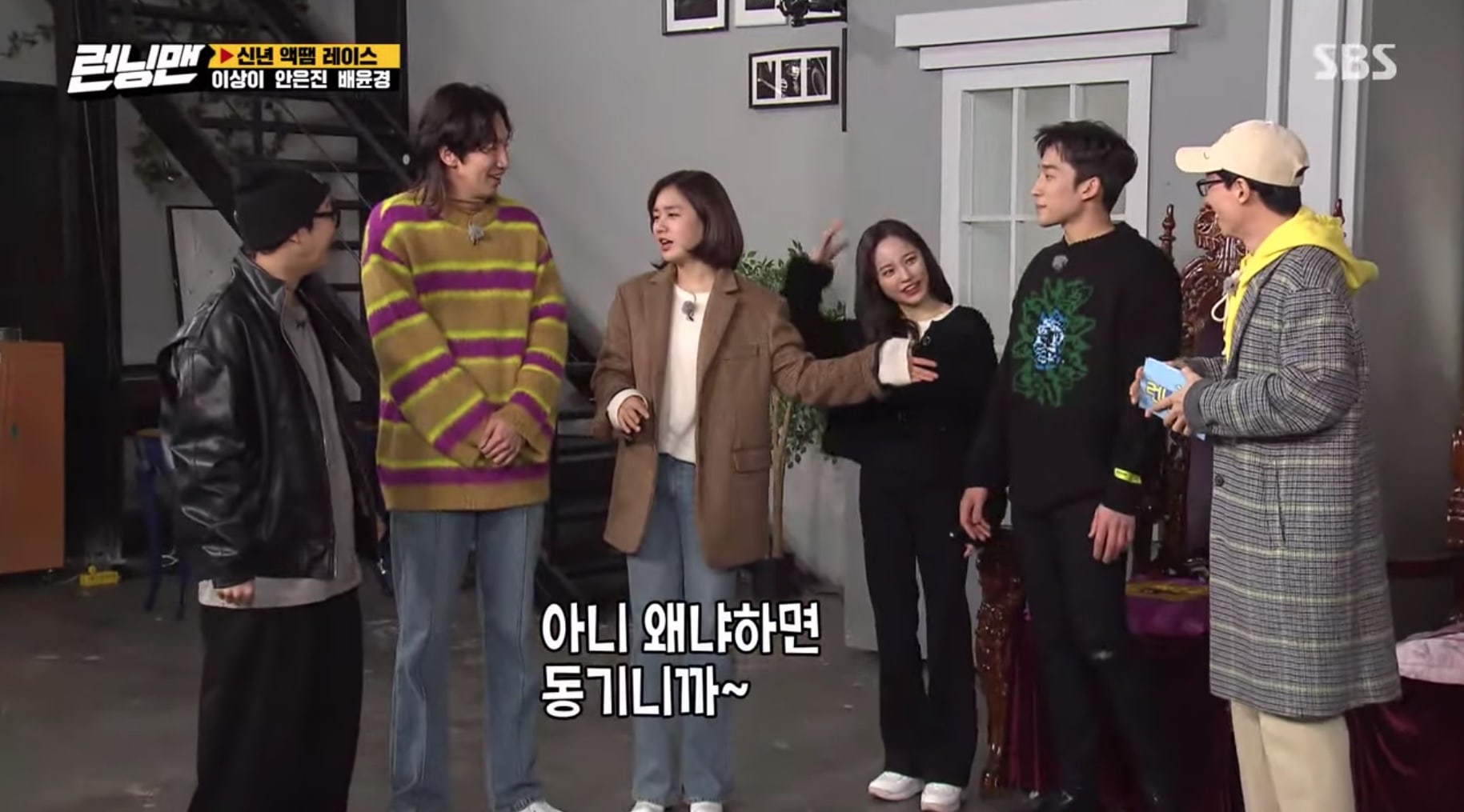 Yang Se Chan joked, “If it’s like that, then it’s 100 percent real,” and even Song Ji Hyo chimed in, “You guys dated, right?” Yoo Jae Suk, who had shut down HaHa earlier for trying to force a “love line,” said, “I didn’t think it was real but it sounds like you’re trying to make your ex-boyfriend into a star.” Ahn Eun Jin humorously gave up the fight and said, “Somehow it’s become like that.” 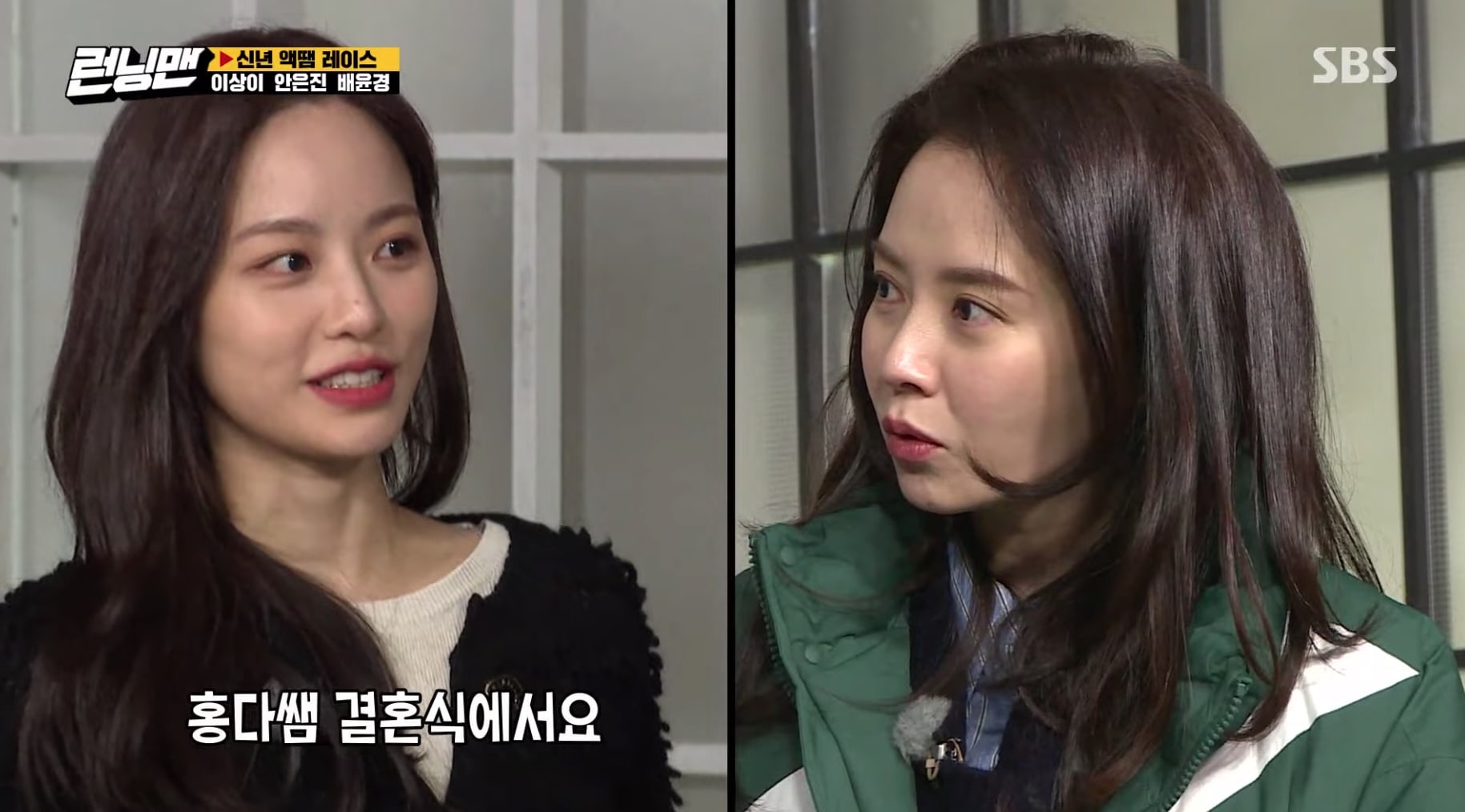 During Bae Yoon Kyung’s introduction, she mentioned that she had seen Song Ji Hyo in Jeonju before. “There’s a stylist who does my hair,” she said, “and Song Ji Hyo officiated her wedding.” The members were shocked to hear that Song Ji Hyo, who is famous for being a homebody, did something as extroverted as officiating someone’s wedding. Song Ji Hyo said proudly, “I did a good job too.” 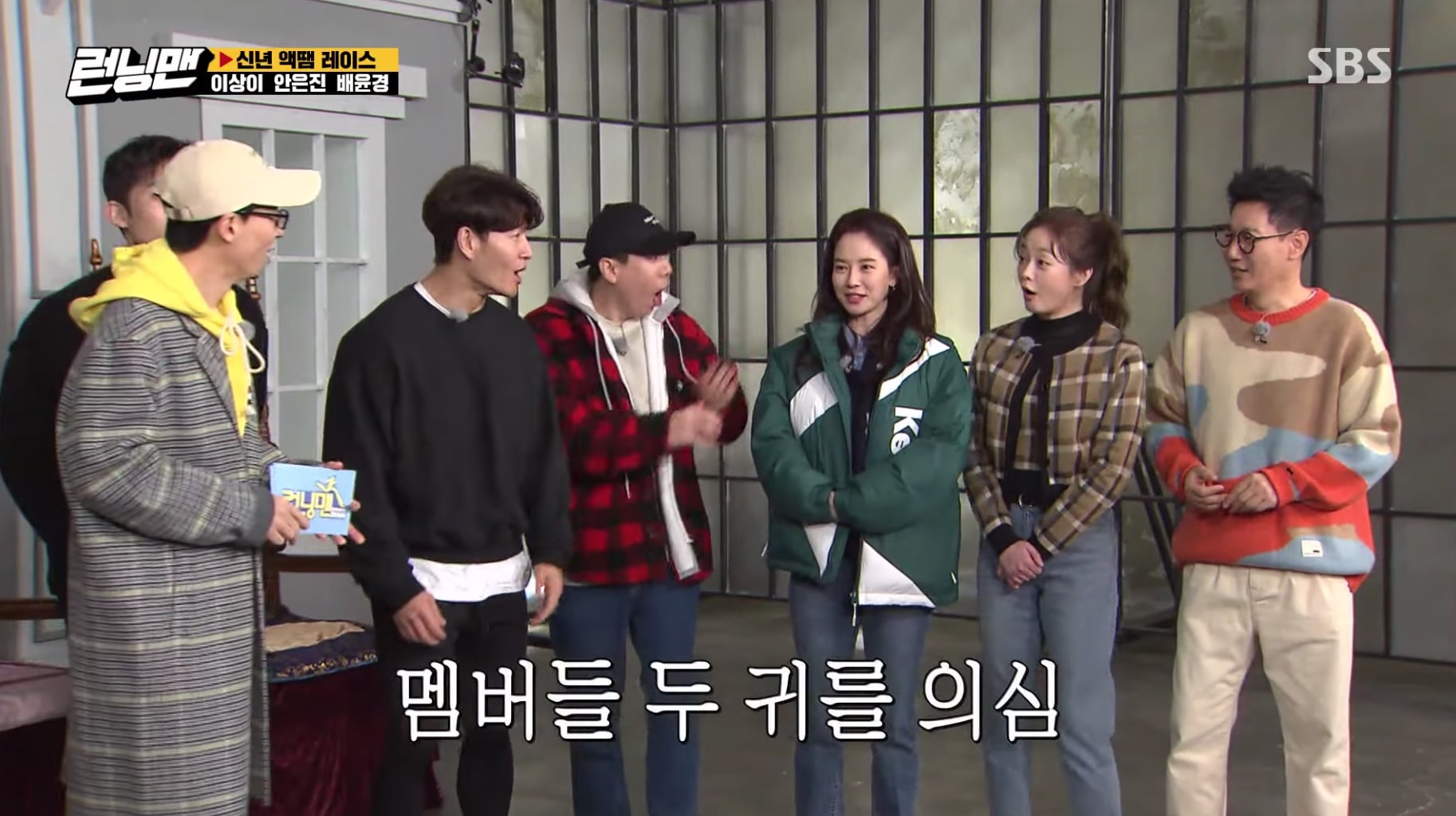