JTBC’s “She Would Never Know” has shared a glimpse of a romantic moment from its upcoming episode!

An adaptation of a popular web novel, “She Would Never Know” tells the complicated office love story of two co-workers on the marketing team for cosmetics brand Klar. Won Jin Ah stars as perfectionist Yoon Song Ah, while SF9’s Rowoon plays her smitten younger colleague Chae Hyun Seung, who only has eyes for her.

In newly released stills from the drama’s next episode, Yoon Song Ah and Chae Hyun Seung return to the college campus where they met for the very first time a year ago. The two co-workers find themselves alone in a lecture hall as campus recruiters looking to scout new employees for the Klar marketing team.

As the place where Chae Hyun Seung fell in love with Yoon Song Ah at first sight, the location holds special meaning for the pair—and reliving their first meeting makes them realize just how far they’ve come in the time since. Chae Hyun Seung now stands beside Yoon Song Ah as not only a fellow co-worker but her fake boyfriend, and Yoon Song Ah finds herself increasingly seeing Chae Hyun Seung in a different, more romantic light.

According to the producers of “She Would Never Know,” there will also be an unexpected incident at the duo’s recruiting session that will leave both of them in shock. 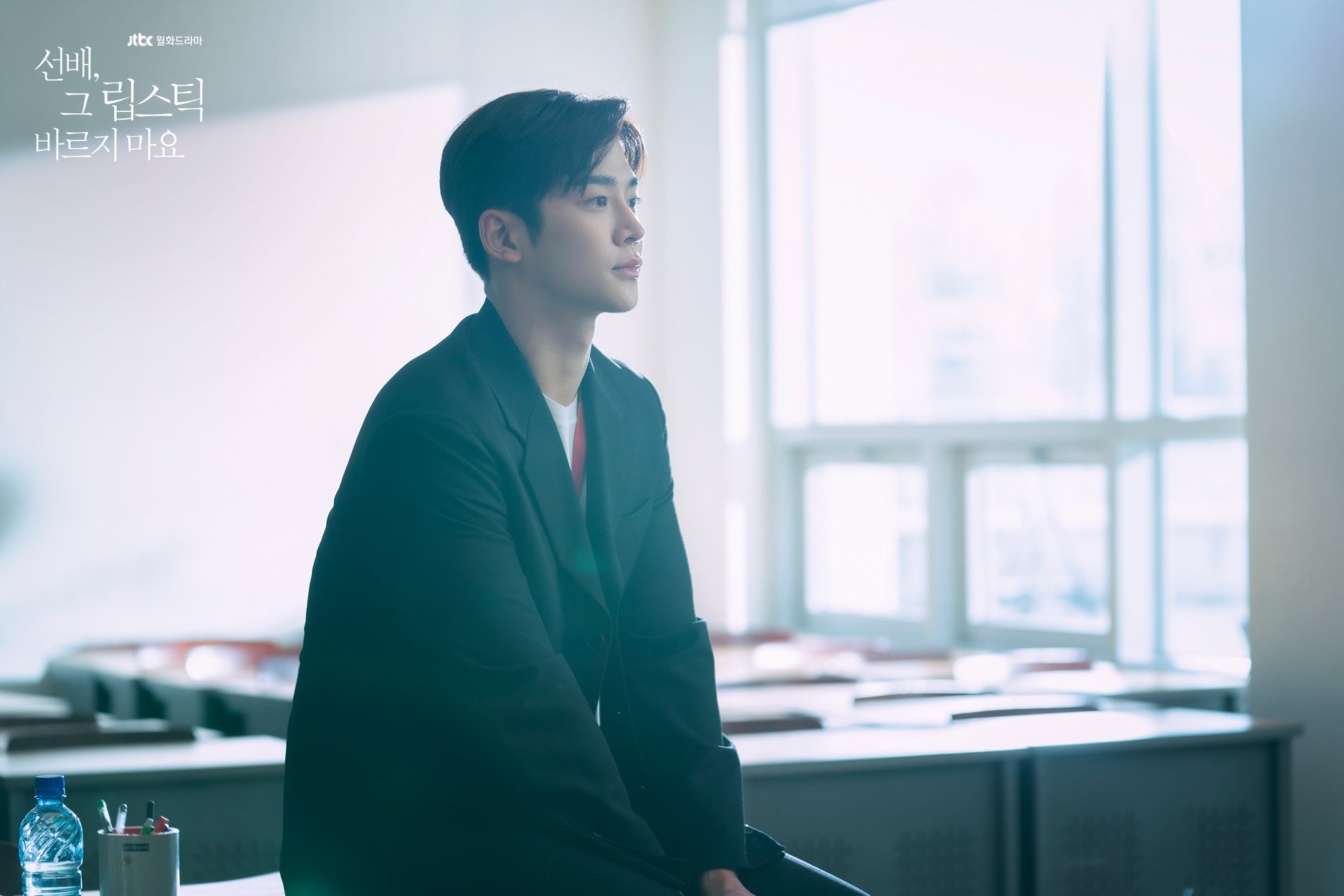 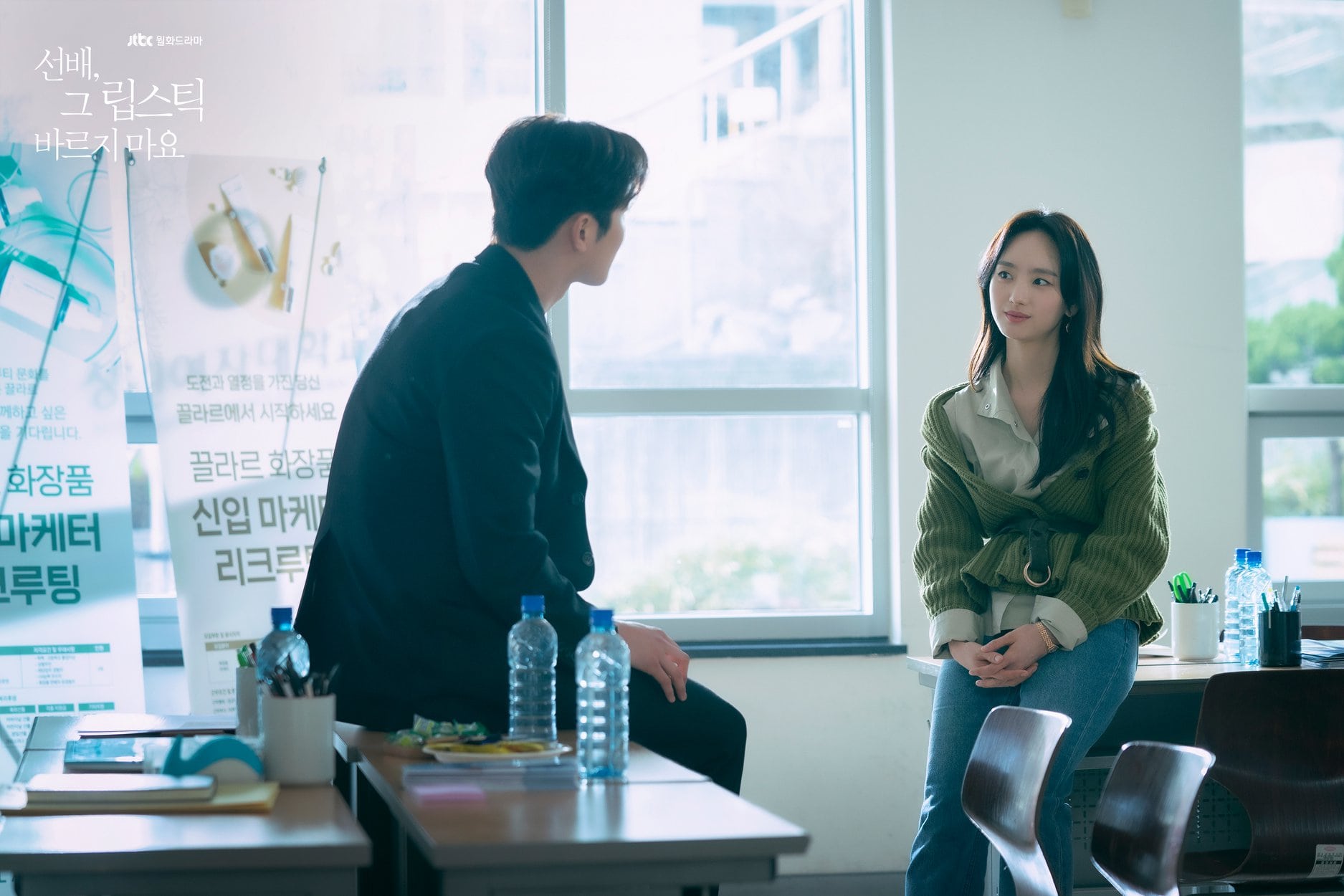 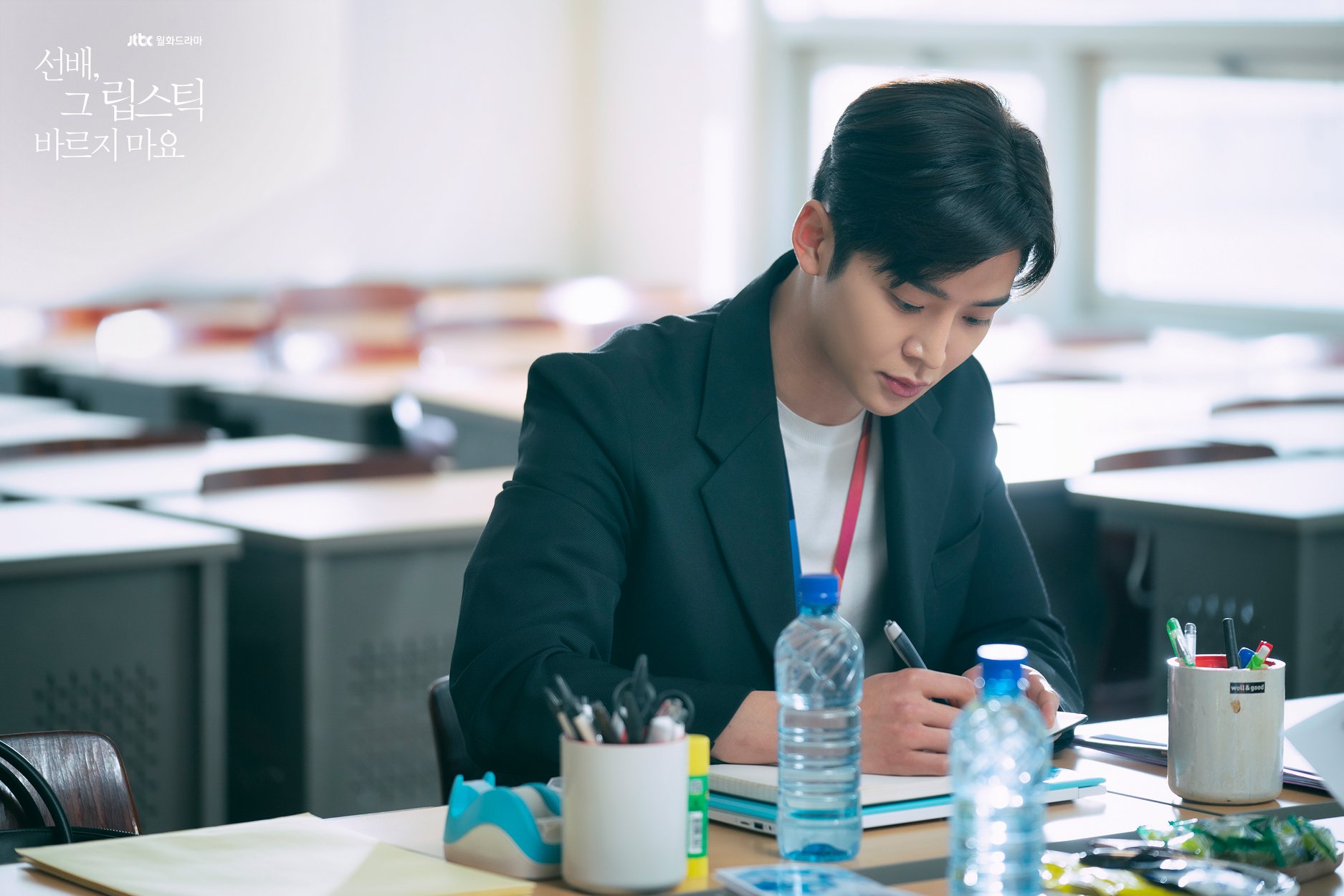 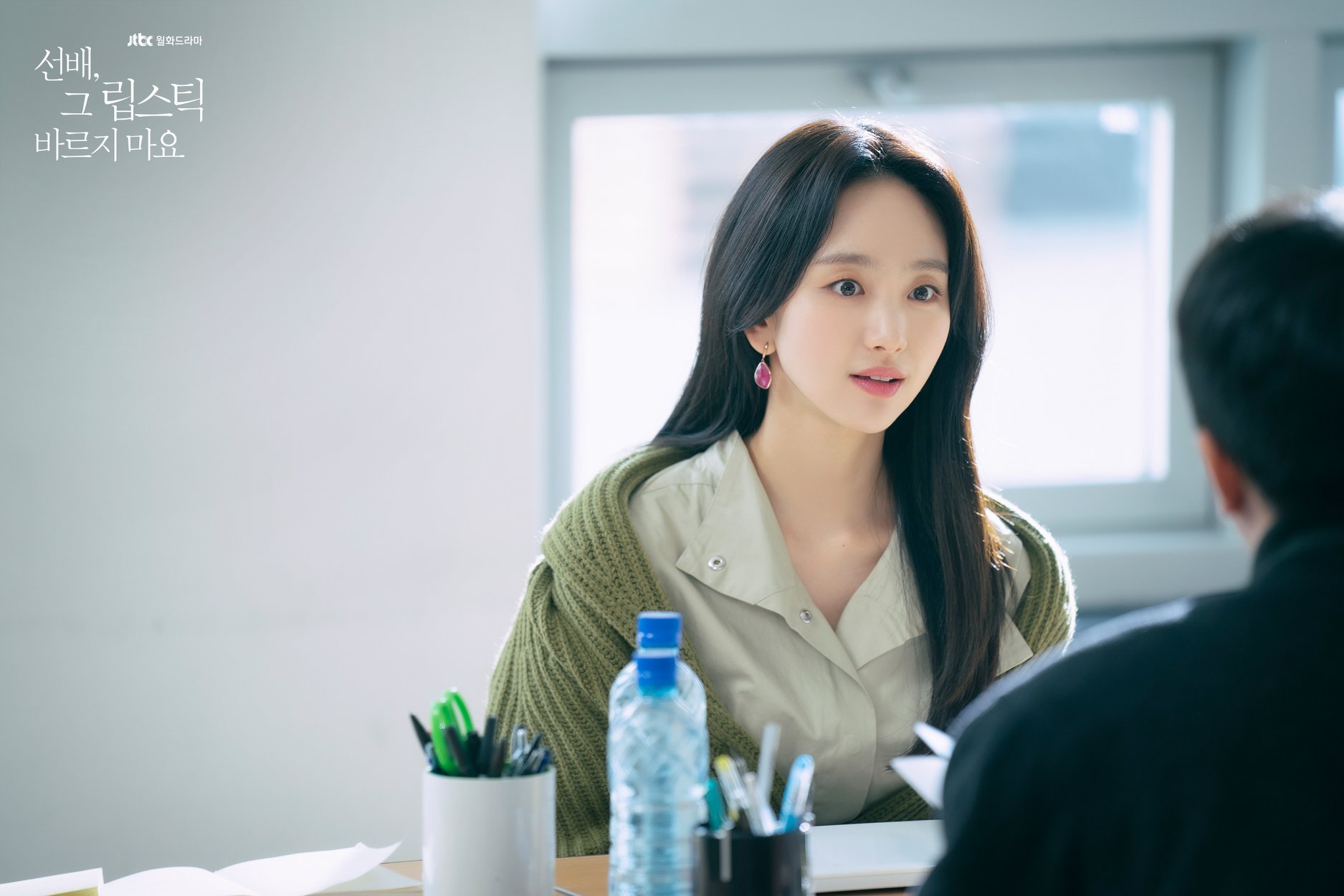 To find out what will transpire during the pair’s campus visit, tune in to the next episode of “She Would Never Know” on February 8 at 9 p.m. KST!

In the meantime, watch Rowoon in his drama “Extraordinary You” with subtitles here…

…and Won Jin Ah in “Melting Me Softly” here!