It’s 2021 — and while we’re not yet flying in our daily commutes, going to aerospace homes, or living a life like the Jetsons, it cannot be denied that with today’s advancements in science and technology, we can see that the future is here. Or at least we’re getting a glimpse of it through K-dramas.

We’ve seen romance dramas that often tackle themes of opposites: rich and poor, somebody famous and an ordinary person, or simply different personalities. But have you ever thought about the possibility of love between humans and AI (or any other man/technology-made non-human form)? If you’re a fan of the sci-fi genre, romance fantasy, stories about love in a dystopian world, or just simply looking for a quick escape, here are some K-drama recommendations that can keep you company as you stay at home:

Seoyeon (Go Sung Hee) is a lonely woman who has a problem recognizing faces. Because she doesn’t want people to know about her secret, she keeps a tough exterior and presents herself as someone who doesn’t care about forming close relationships. She becomes a beta tester for AI Holo, who she sees whenever she puts on her glasses. Holo is programmed to act and think like he has feelings, but those are not supposed to be “actual feelings.” The two become close as Holo becomes a source of comfort and companion for Seoyeon, but without her knowing, Holo looks exactly like his creator (both played by Yoon Hyun Min), who gets attracted to her. But will she choose the real person behind the AI — when Holo himself starts developing human-like emotions and feelings for her? The drama asks, “Can a human and AI fall in an imperfect love?” 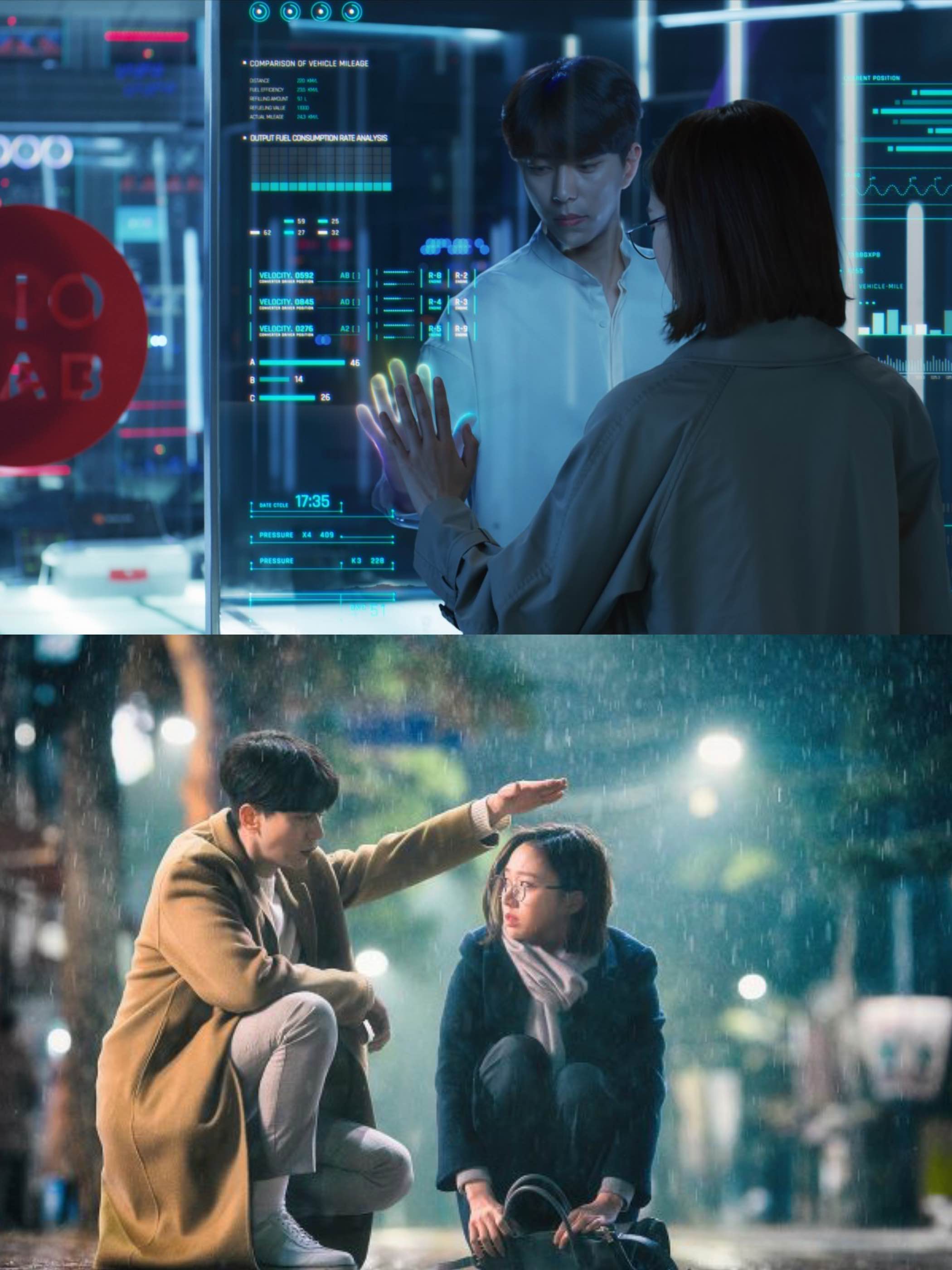 In “Are You Human Too?” a renowned scientist and artificial intelligence expert copes with her son falling into a coma by building an AI robot modeled after him (both played by Seo Kang Joon). The scientist is a member of a rich family and her purpose in creating an android son is to maintain his position in business and claim an inheritance. A female bodyguard (Gong Seung Yeon) gets suspicious of the android while trying to protect him from the people who attempted to murder the real heir, but will she be able to resist his charm? With robots being made with more realistic appearances and precision these days, it can be possible that we’re entering an era where it’s going to be hard to tell if we’re interacting with humans or with human-like AI! 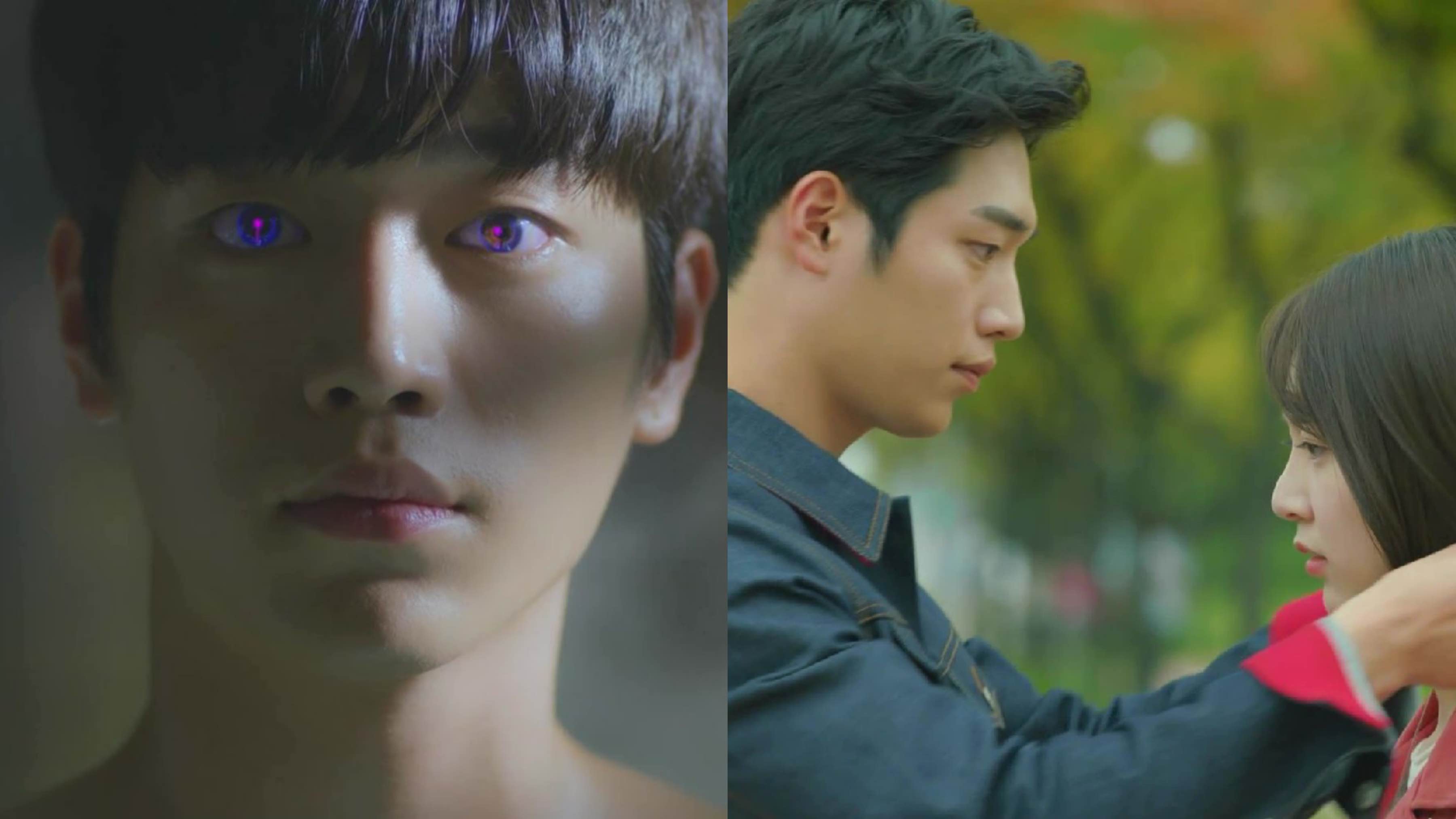 In “Absolute Boyfriend,” Dada (Minah) is a professional makeup artist who has been secretly dating a celebrity (Hong Jong Hyun) for several years until he decides to break up with her because he chooses fame over love. Jaded by her unrequited efforts in love, she vows never to get interested in being in a relationship, that is, until she meets a humanoid called “Zero Nine” (Yeo Jin Goo). The story tells about the possibilities of love between a human who’s jaded and a robot that is humane, while also dabbling on the issue of robotics assimilating with humans. It’s a chaotic ride, but one that perhaps shows us a glimpse of how dating in the future will be like. 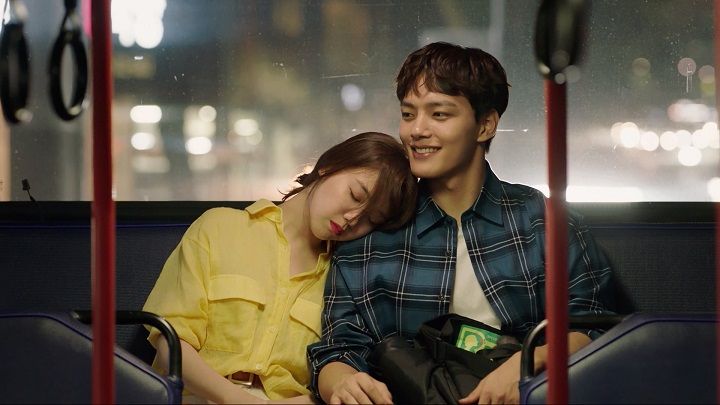 “Bong Soon: A Cyborg in Love”

This 12-episode web drama is about a computer programmer named Joo Sung (Kyuhyun) and a cyborg woman named Bong Soon (Yoon So Hee) who is programmed to shut down the minute she feels emotions of love. She thinks, looks, and acts like a real human, which is why Joo Sung can’t help but fall in love with her. It has several sweet moments as well as sad ones, as the characters try to overcome the hurdle of the impossibility of this situation. 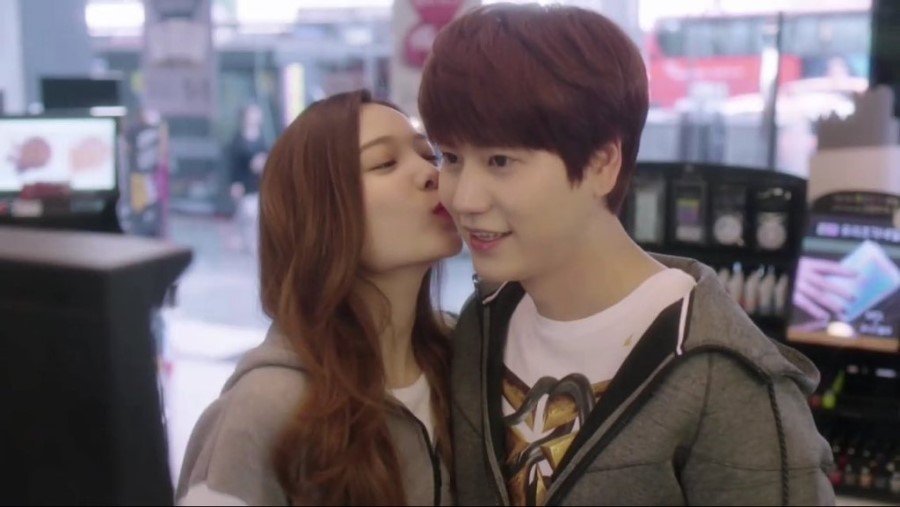 In “Borg Mom,” a man who works in the artificial intelligence field (Yang Dong Geun) develops a cyborg mom (Park Han Byul) to help him take care of his family after his wife dies. She’s the “perfect” wife who has top AI abilities and does everything with 100 percent efficiency. But beyond doing chores, she’s the best at protecting and taking care of her “son” Choi Yool (Jo Yeon Ho) and making him feel loved. She meets the elite and high maintenance moms from the kid’s school, where her challenges begin. It’s a different kind of love where a cyborg falls for a family! 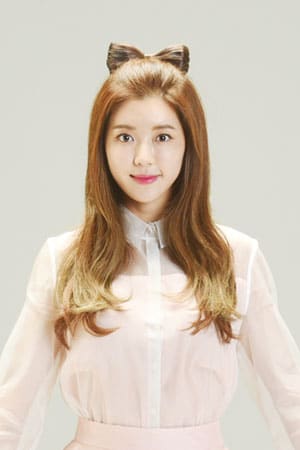 Dating and all its intricacies have all but changed over the years. Coupled with technology and more open-minded perspectives, finding your partner is now possible with just one click (or swipe)! Mobile apps have made the dating scene much easier or harder depending on how you look at it, and this drama aims to tackle that with an upgraded app that notifies you when someone nearby likes/loves you. That skips the whole dating process tenfold and you’re quite sure that the person within close proximity has feelings for you! But plot twist: the app doesn’t show specific details about the person who harbors longing feelings for you.

Indifferent to this app, a high schooler named Kim Jojo (Kim So Hyun) gets entangled with two promising young men, Lee Hye Young (Jung Ga Ram) and Hwang Sun Oh (Song Kang) who both fall in love with her. Is the app accurate or is it playing tricks on her? 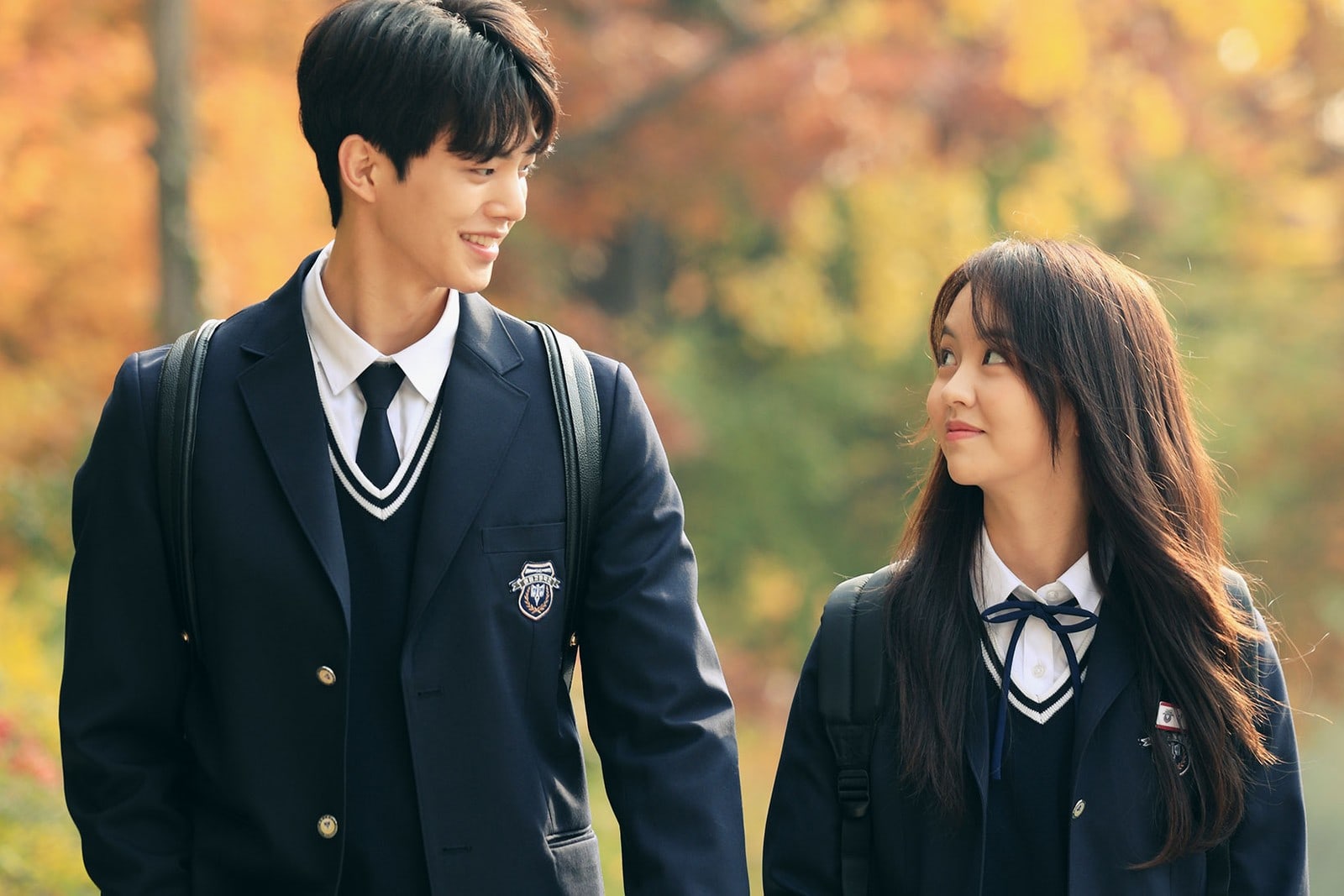 “W” may not exactly be about androids falling in love with humans, but it’s about a webtoon character from an alternate universe that develops feelings for a person living in the real, modern world. It has all the elements of a thrilling sci-fi/fantasy drama that will keep you on the edge of your seat. The webtoon entitled “W” and its world and characters start to have a life of their own, including its main character Kang Chul, (Lee Jong Suk) who seeks justice for his family. His fate crosses with the webtoon illustrator’s daughter Oh Yeon Joo (Han Hyo Joo) when she mysteriously enters the comic world. This scenario might be hard to imagine, but some theorists say that an alternate or parallel universe actually exists, and that science fiction stories may not be so unreal after all. One big question with this theory is: are we the only universe out there?

“Memories of the Alhambra”

Speaking of jumping into alternate worlds, this drama has something that’s quite similar: switching back and forth between an augmented reality game and the real world. CEO Yoo Jin Woo (Hyun Bin) travels to Spain to nab the infamous and elusive creator of an AR game about medieval battles in Alhambra. There he meets Jung Hee Joo (Park Shin Hye), a former guitarist-turned-hostel owner. Jin Woo tests the game with clashing swords and duels with rivals, but a glitch in the program results in mysterious incidents that will bring him and Hee Joo together. Will they come out of it alive? There’s gaming, technology, love story, adventure, and magic all wrapped up in one drama! 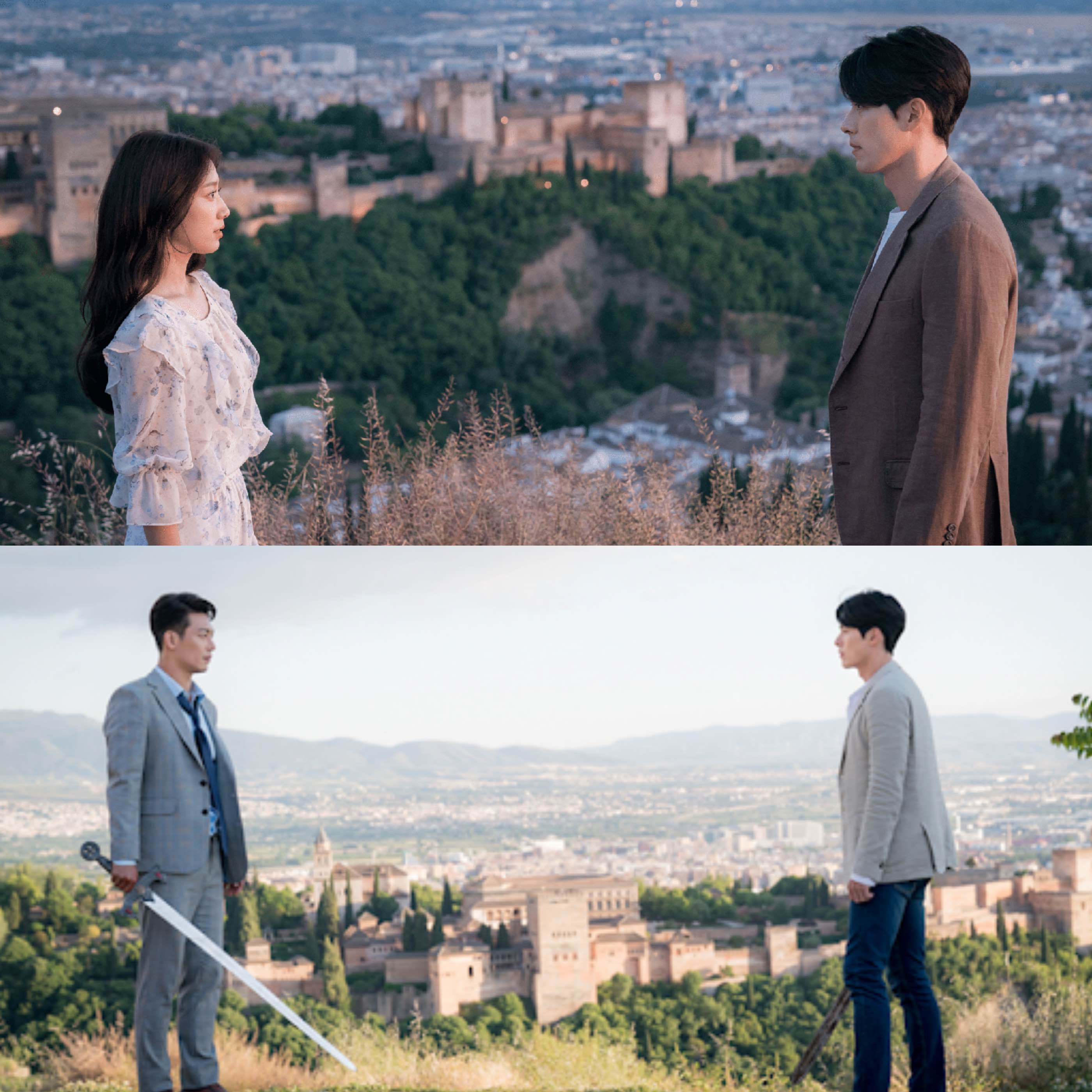 BONUS: “My Love from the Star”

This drama is definitely a “classic” take on futuristic dramas but with an unexpected twist: the romance between an alien or another life form (Kim Soo Hyun) and a famous celebrity (Jun Ji Hyun). It’s a hodgepodge of plot points we can’t help but fall in love with: a back story of both characters dating back from the Joseon Dynasty with hints of reincarnation, a case of clashing personalities that often results in bickering, the rise and fall from grace, among other things. But one thing’s for sure: this drama tells the story of a love that surpasses time and quite literally — space!

Hey Soompiers! Which one of these K-dramas is your favorite? Let us know in the comments below!

Soompi Spotlight
My Love From the Star
W
Are You Human Too
Borg Mom
Memories of the Alhambra
Absolute Boyfriend
Love Alarm
My Holo Love
Bong Soon: A Cyborg in Love
How does this article make you feel?