tvN’s new Saturday-Sunday drama “Vincenzo” stars Song Joong Ki as Vincenzo Cassano, an Italian lawyer and Mafia consigliere who is of Korean descent, but was adopted by an Italian family at a young age. When he moves back to Korea due to a conflict within his organization, he crosses paths with experienced lawyer Hong Cha Young (Jeon Yeo Bin) and her intern Jang Joon Woo (2PM’s Taecyeon). Together, they join forces in using villainous methods to serve justice to villains who otherwise cannot be punished by the court of law.

A big reason behind the growing anticipation for “Vincenzo” is the collaboration of not only established actors like Song Joong Ki, Jeon Yeo Bin, and Taecyeon, but also skilled screenwriter Park Jae Bum and director Kim Hee Won. Park Jae Bum’s works include “The Fiery Priest” and “Good Manager,” while Kim Hee Won is recognized for “The Crowned Clown” and “Money Flower.” Together, they plan to deliver a large-scale refresher to the audience. 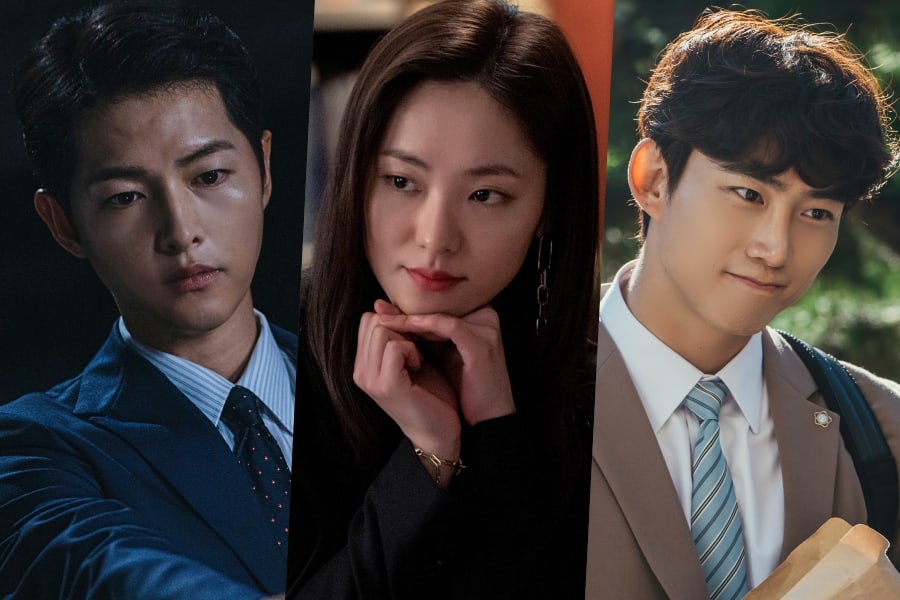 “Vincenzo” depicts the process of how Vincenzo grows into being a dark hero. His approach in taking down villains with a greater evil is expected to bring a unique enjoyment to the audience. Kim Hee Won stated, “This is a piece where Park Jae Bum’s sharp message for society is blended into refreshing comedy and intense action. The hero sweeps away the wicked, for whom atonement or penance is useless, as if he’s cleaning up.” Park Jae Bum added, “Vincenzo is completely a villain, not a stereotypical main character that follows the status quo. The drama’s greatest selling points are the process and results of this villain unintentionally bringing justice.”

Park Jae Bum has dealt with dark comedy as a genre in his previous works. He explained, “The three actually share similarities. ‘The Fiery Priest’ shows justice performed by a religious person, ‘Good Manager’ shows justice performed by the small bourgeoisie, and ‘Vincenzo’ shows the ironic justice executed by a villain. This is what sets ‘Vincenzo’ apart. On what grounds and context a brutal Mafia lawyer turns to serve justice will be an interesting point.” He then added, “In contrast to ‘The Fiery Priest’ and ‘Good Manger,’ where I tried to serve refreshment through laughter, ‘Vincenzo’ is of a more complex genre and will give refreshment in more diverse aspects.” 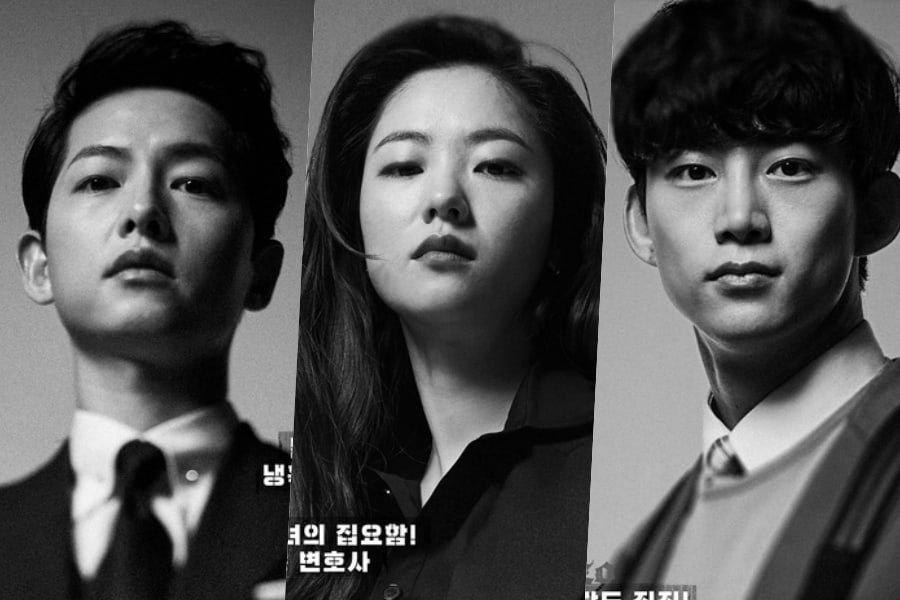 Park Jae Bum placed his utmost confidence in the cast, who carried out his vision with no faults. He shared, “The actor Song Joong Ki accurately understands the highlights of my sense of humor and executes it easily. Of course, his hard-boiled acting brings joy to this writer’s eyes and heart. As for actress Jeon Yeo Bin, I was a huge fan of the movie ‘After My Death’ so I always wanted to meet her. Working with her, I still think, ‘This person is crazy, and she is a born to be actress.’ I also decided on Taecyeon with ease. Working with Junho on ‘Good Manager’ brought good results, and Taecyeon has become something like a totem to me as was Junho.”

Director Kim Hee Won wrapped up with the warm words, “It is a project where a group of amazing actors and the best staff got together with a refreshing and dynamic script. I tried to make it a piece that allows viewers going through tough times to end the day with a smile while applauding.” Writer Park Jae Bum added, “The key points to ‘Vincenzo’ are the process of a villain named Vincenzo eradicating the real villains and the thrilling pleasure you get by watching this process play out. The various comedic elements that decorate the brutal plot like toppings are also important points.” Lastly, he asked viewers to stay on the lookout as the entire production team worked extremely hard on the drama.

While you wait, watch Song Joong Ki in “Descendants of the Sun” here!