“Beyond Evil” is a psychological thriller about two men who are willing to break rules and the law in their pursuit of a serial killer. As they attempt to track down the murderer, they must repeatedly ask themselves, “Who is the monster? Is it you? Is it me? Is it us?”

Yeo Jin Goo will star in the drama as Han Joo Won, a highly capable detective who seems to have everything going for him but harbors a hidden secret. He ends up transferring to the local police station in the quiet village of Manyang. Meanwhile, former violent crimes detective Lee Dong Shik (played by Shin Ha Kyun) has been demoted to doing menial work. His life changes when he reencounters an old serial killer case that shook up his world 20 years ago.

In newly released behind-the-scenes photos from the set of the drama, the two lead actors showcase their passion and energy for their roles.

Both Shin Ha Kyun and Yeo Jin Goo diligently study their scripts. They dive into full concentration mode, and their eyes are sharp with determination. Their rehearsal scenes are intense with emotions, and they do whatever they can to stay immersed in their characters.

Their passion continues even after they finish filming. They keenly study the monitor and carefully review their acting. Expectations are high for what kind of psychologically thriller will be created by their passionate performances. 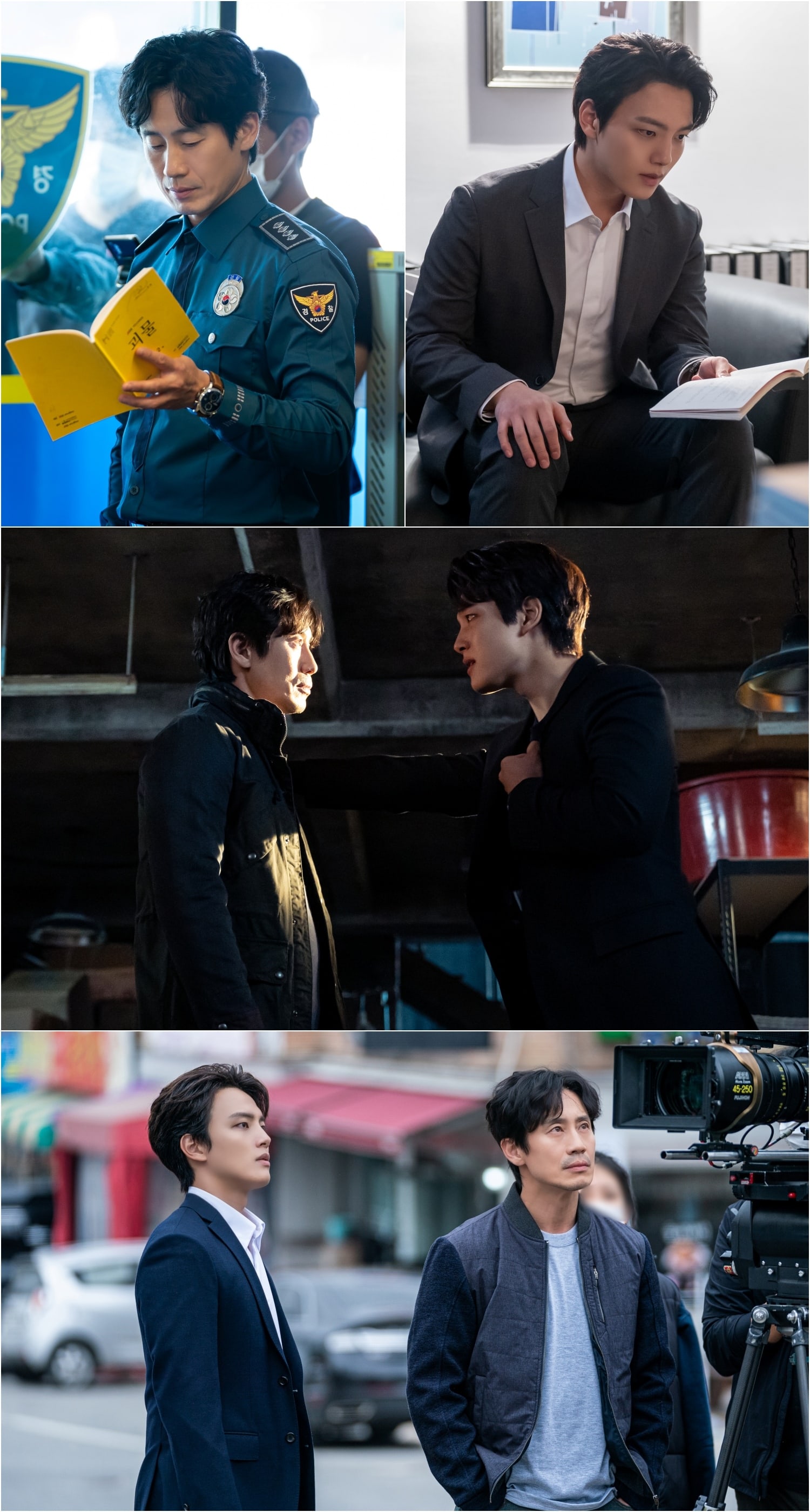 The actors praised the drama’s writer Kim Soo Jin. Shin Ha Kyun said, “‘Beyond Evil’ is a psychological thriller that delves into human psychology. Kim Soo Jin accurately identified the power and differentiation of the genre, and she perfectly dug into the harmony between the characters and their emotions.”

Yeo Jin Goo added, “Kim Soo Jin is a writer who can see through the inner thoughts of human beings, and her writing is amazing. The script contains the details of the characters’ facial expressions and feelings. We are working hard to bring those to life. The atmosphere of the drama set is great, so we’re able to immerse into our roles even more.”