In the poster, the members surround Kim Soo Mi as she opens up a large pot of rice. Each member’s individual role is highlighted, with Park Myung Soo as the highest in hierarchy among the rest of the cast, Jun Jin as the talented worker, Jung Eun Ji as the organizer, and Hani as the reservation genius. Behind them hangs dried fermented soybeans, corn, and a sign that reads, “Clear your mind and fill your heart.” 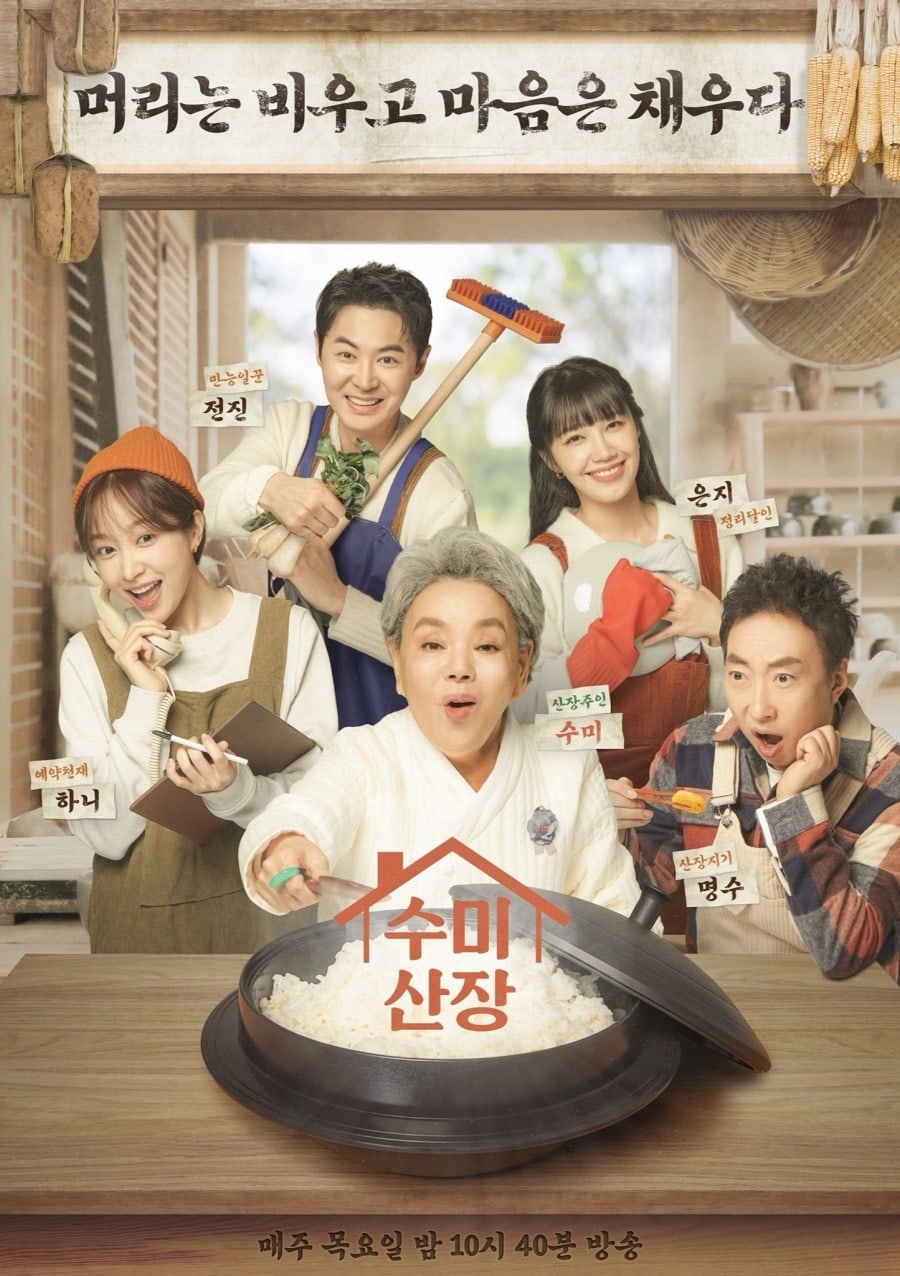 “Soo Mi’s Mountain Cabin” is a joint project between SKY and KBS2 and will premiere on both channels on Thursday, February 18 at 10:40 p.m. KST.

In the meantime, watch Jung Eun Ji in “Untouchable” below!