Song Joong Ki spoke about his new movie “Space Sweepers” and more in an interview on February 9!

The movie is set in the year 2092 and follows the crew of a space junk collector ship called The Victory. When they find a humanoid robot named Dorothy that’s also a weapon of mass destruction, they get involved in a dangerous business deal. Song Joong Ki stars in the film as the pilot Tae Ho, alongside Kim Tae Ri, Jin Sun Kyu, and Yoo Hae Jin.

On the enthusiastic reaction to the film from around the world, Song Joong Ki said, “I heard that it was No. 1 in 26 countries, and I wondered, ‘Are they talking about our movie?’ I’ve also been contacted by a lot of people I know. I saw a photo of a family who’d gone to a camping site and were watching ‘Space Sweepers’ together, and seeing that kind of photo makes me really happy.”

Song Joong Ki has made his return to the film world through “Space Sweepers,” four years after his 2017 movie “The Battleship Island.” On his return, Song Joong Ki said, “I don’t put any special personal meaning on the fact that I’ve made my return to films, but I find it very meaningful that I worked with Director Jo Sung Hee.” Song Joong Ki previously also starred alongside Park Bo Young in Jo Sung Hee’s 2012 film “A Werewolf Boy.”

“When we did ‘A Werewolf Boy,’ Director Jo Sung Hee, myself, and even Park Bo Young too were all rookies,” he said. “It feels like I made my start together with Director Jo Sung Hee. That’s why he’s someone that I feel greatly attached to and who’s very meaningful to me.” He shared that it’s been an honor to work with him on two of his films. 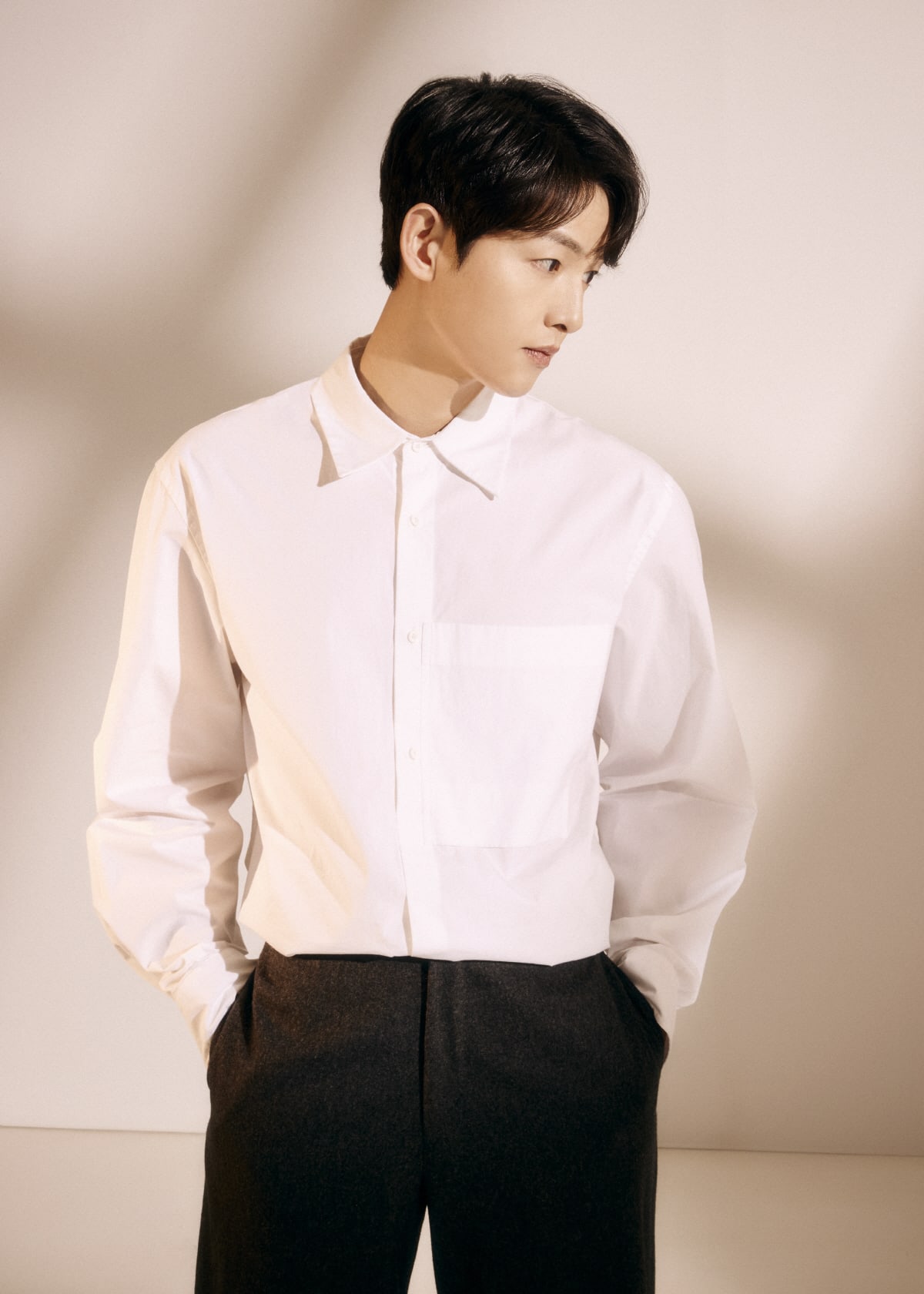 “Space Sweepers” is described as Korea’s “first sci-fi blockbuster,” and Song Joong Ki was asked if he felt pressure because of the genre. “I don’t tend to feel any pressure at all about genres,” he said. “When I’m choosing a project, I don’t get scared because of a genre. I still want to try many different genres.”

“So rather than feeling pressure, I more so felt a sense of ‘That’s great’ since it was a genre I hadn’t tried before,” he continued. “People around me tell me that I’m daring when I choose projects, but I tend to do whatever I’m drawn to. I was even happier to do it because it was a new genre.”

Song Joong Ki added, “However, as it was gearing up for a premiere, it hit me that this was the first time the genre’s been tried in a Korean film.” He said with a laugh, “I felt like I was a representative of the country.”

“Space Sweepers” was originally scheduled to premiere in the summer of 2020, but the release was postponed multiple times due to the COVID-19 pandemic. It ended up premiering in 190 countries simultaneously via Netflix on February 5.

Song Joong Ki was asked if he felt disappointed over the film not being able to premiere in theaters, especially as it features so many impressive effects. He replied, “I’ve watched it on a big screen and I’ve watched it on a laptop too. But I don’t think there was a big difference. I also tend to watch Netflix on my days off.”

The actor shared that he thinks there are pros and cons to the online release. “I try to focus on the pros,” he said. “I think I focus more on the pros since there’s nothing I feel regret about in terms of the film. I’ve also received a lot of messages from foreign friends. They said that they watched it in England or watched it in Hong Kong, and that made me happy. Also, I feel very grateful just over the fact that the film was able to be released to the public during such a chaotic time.”

Song Joong Ki played a father for the first time in the movie. “I didn’t feel any pressure or have concerns at all about playing a father,” he said. “On the contrary, I was excited because it was a new role that I hadn’t tried before. However, I did become unsure about how to portray him. But I got a handle on it while I talked to the director and the other actors. I think I’d felt unsure because Tae Ho was always the same person but I thought that I needed to show a change.”

“To be honest, I didn’t feel any pressure about playing a father but I did wonder, ‘How will the public react?'” he said. “But while we filmed, those worries disappeared. I trusted in Director Jo Sung Hee’s script, so I tried to find a solution within that and I focused more on the script.” 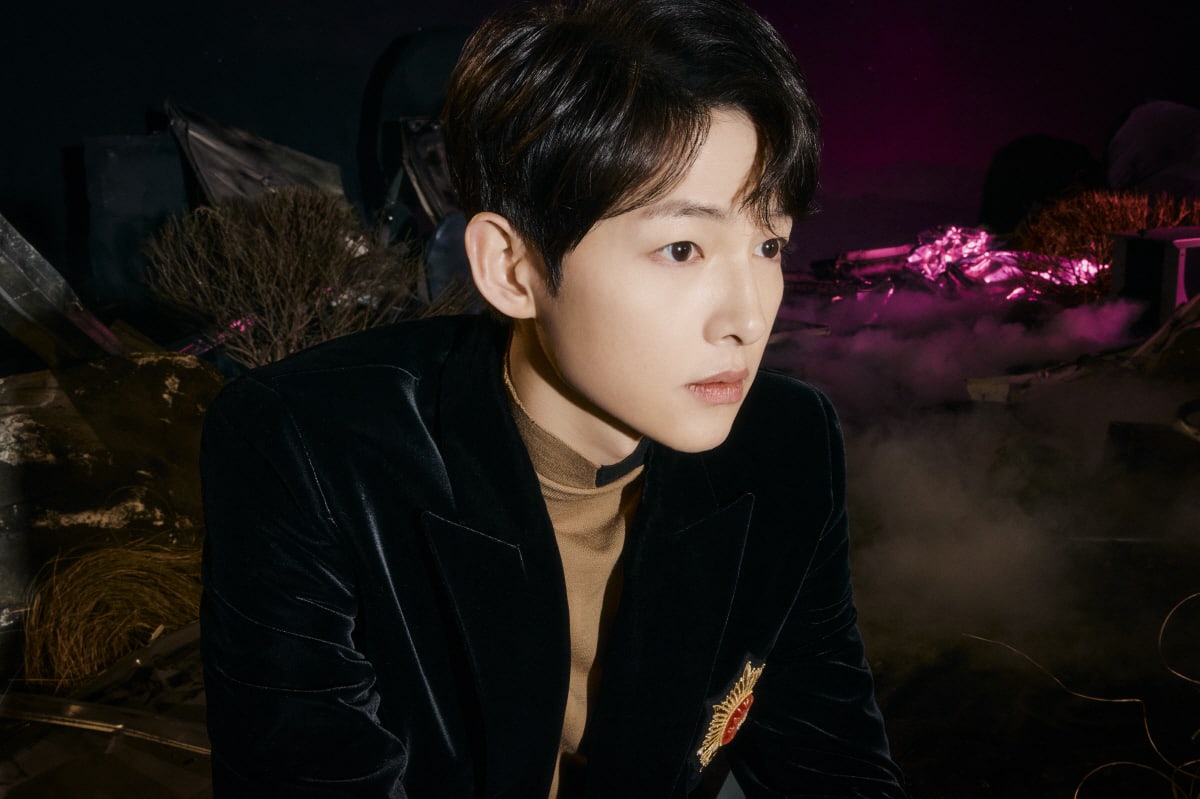 Song Joong Ki also spoke about working with his co-stars on the film. “It was my first time working with Yoo Hae Jin, Jin Sun Kyu, and Kim Tae Ri, but it didn’t feel like it was the first,” he shared. “It was like that from our first meeting. I think that out of all the projects I’ve done so far, it was the one where I acted without reserve the most with the other cast. I trusted that if there was something I lacked, then the other actors would make up for that.”

The actor shared that Yoo Hae Jin had been the center of all that, adding that he’d expected that he’d only be acting alongside Jin Sun Kyu and Kim Tae Ri on set since Yoo Hae Jin played the ship’s robot. “However, Yoo Hae Jin came on set and did the motion capture performance himself while he even did all the lines for us too,” he said. “Thanks to him, we created a lot of really great, new scenes.”

In a recent interview, Jo Sung Hee described Song Joong Ki as someone who’s remained constant and hasn’t changed. “I do consciously try not to change,” said Song Joong Ki. “My job involves being evaluated by other people, but despite that I think that if I’m different on the inside and the outside, then I become troubled on the inside.” He added with a laugh, “That’s why I think that I haven’t changed, but of course I don’t know what other people might think.”

Watch “A Werewolf Boy” below!