The new stills preview the unexpected hurdles Vincenzo will encounter in Korea, his birth country. In one photo, he aims his gun at someone with cold, merciless eyes. In another photo, he is at the airport while dressed in a flawless suit. He looks ready for whatever he is about to face in Korea, but the last still hints that things will go south. He looks exhausted and frustrated, and his once-perfect suit is now soiled with dirt. 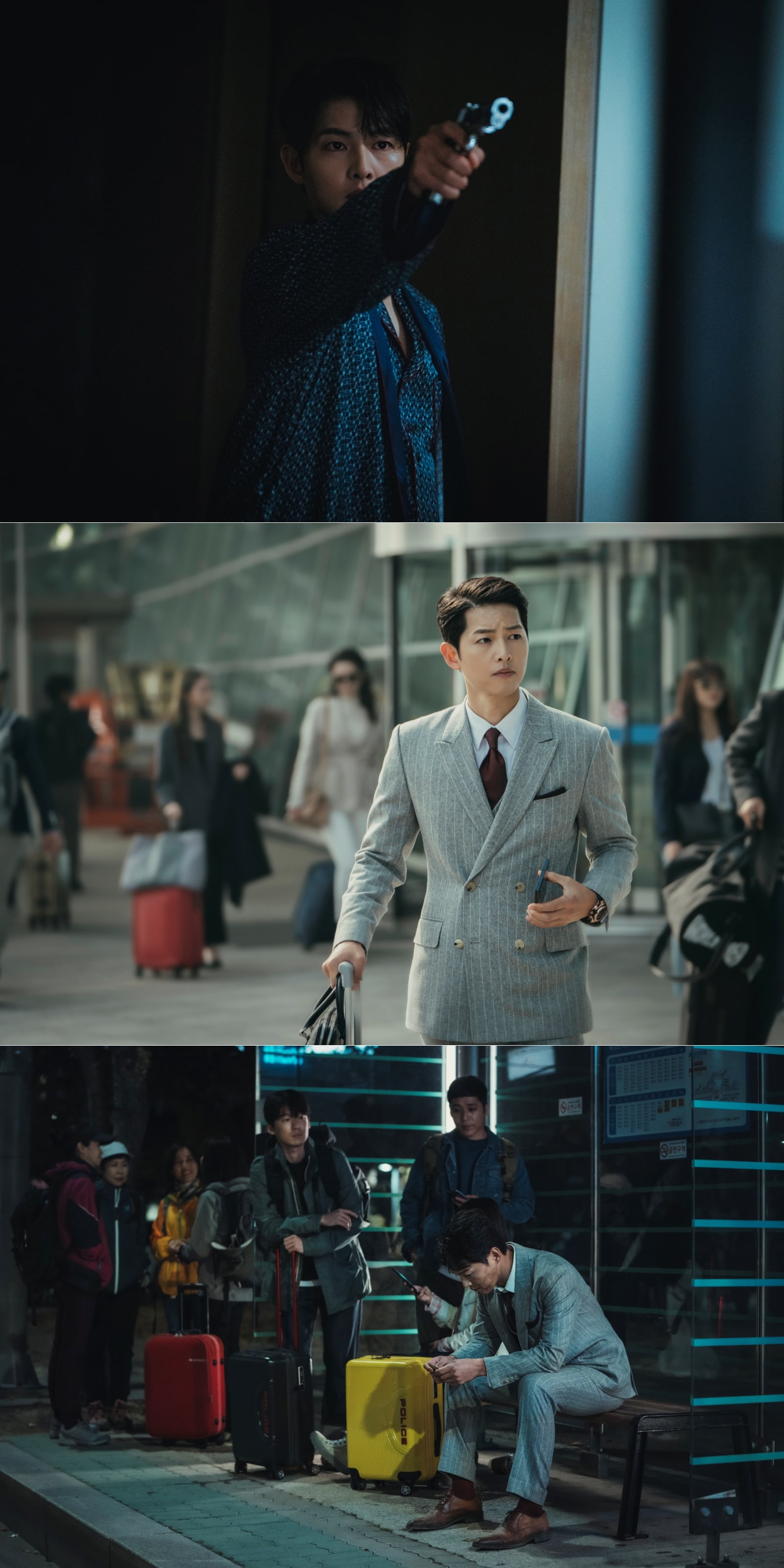 The production crew shared, “Foreigner Vincenzo’s entry into Korea will be exciting from the beginning. The events that are about to unfold will be beyond your imagination. Please look forward to a new side of Song Joong Ki you’ve never seen before.”

While you wait, watch Song Joong Ki in “Descendants of the Sun” below: