Lee Sung Kyung Talks About Her Hopes For 2021, Filming “Dr. Romantic 2,” And More

Lee Sung Kyung sat down for an interview with Star News in which she talked about her recent award win, her experience filming “Dr. Romantic 2,” and more!

At the 2020 Asia Artist Awards, Lee Sung Kyung won the Best Actor award along with her “Dr. Romantic 2” co-star Ahn Hyo Seop. The actress was congratulated on the win and she said, “Thank you so much. I think the ‘Best Actor’ award may be the best award to receive as an actress. Since you’ve given me such a great award, I will repay everyone with better performances.”

She was also asked to share how it felt to reunite with Ahn Hyo Seop through the ceremony. “I think I was even happier because of the fact that I was receiving a great award with Hyo Seop, who was my partner in ‘Dr. Romantic 2,'” she replied. “I want to improve in order to repay the viewers, who shared their love.” Lee Sung Kyung went on to say, “I feel very grateful and happy because I learned a lot and received so much love through ‘Dr. Romantic 2.'”

The actress was asked about working with Ahn Hyo Seop, and it was mentioned that he had previously said they’d been awkward together at first but it had been helpful for their acting early on.

Lee Sung Kyung described the experience as fun, adding, “Hyo Seop acted in a sincere way, so as his co-star, I was also able to act more comfortably. It was great because although it was awkward and difficult at first, as time went on, working with Hyo Seop also became more comfortable, just like Eun Jae and Woo Jin naturally coming to fit in at Doldam [Hospital].”

Lee Sung Kyung also said that she’d asked Han Suk Kyu a lot of questions and received many pieces of advice. “I think that even just acting with Master Kim [Han Suk Kyu’s character] while holding eye contact with him was a huge honor and I was very lucky,” she said. “The things I learned while watching him act and the warm advice and teachings he gave me are such a treasure to me.”

“I think I received a lot of great things from not only Master Kim but also many other senior actors, so I was very lucky to have been in the project,” she said. “On top of the acting-related aspects, I experienced the senior actors’ relaxed manner and laughter and I could follow them in that way too. I think that’s why the set felt more relaxed.” Lee Sung Kyung also described “Dr. Romantic 2” as a great project that she misses and hated to part with.

The actress had previously appeared as a doctor in the drama “Doctors,” and she was asked if she’d done anything in particular to prepare for her role in “Dr. Romantic 2.”

“If ‘Doctors’ portrayed the struggles of its characters, then in this work I think we showed a more vivid appearance of the inside of a hospital,” she said. “On top of the external aspect, I asked real doctors for advice and did practical training too in order to more realistically portray emergency situations and surgeries. Also, it was an honor to be able to feel and portray the emotions that that they go through in reality, beyond just their appearance as a doctor.” 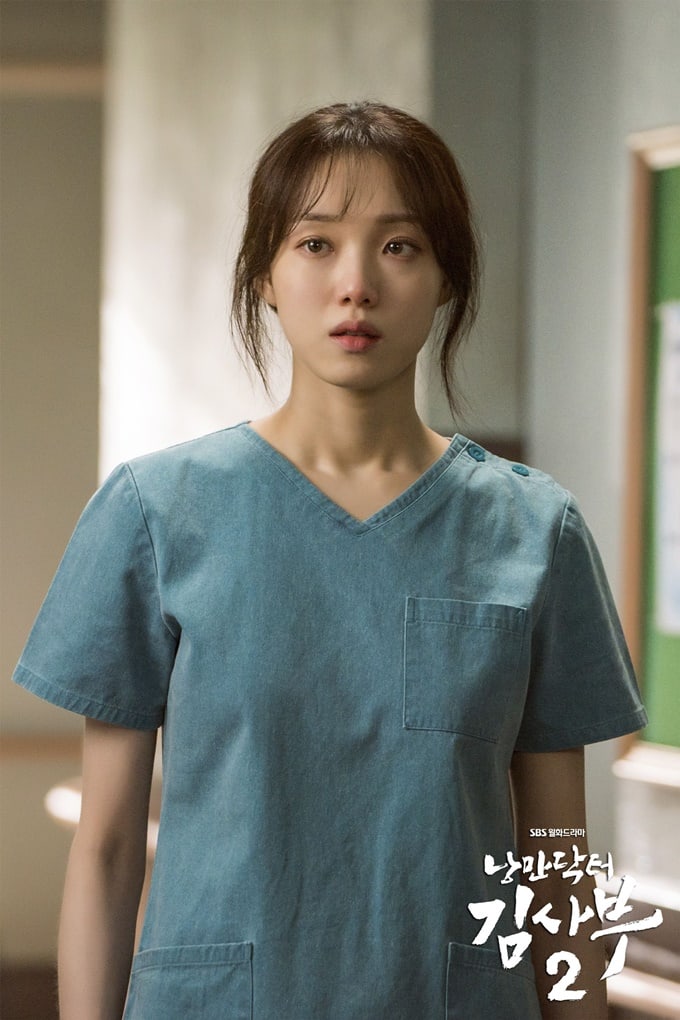 Lee Sung Kyung’s character Cha Eun Jae dealt with trauma over surgery, and she was asked if she’s personally experienced any trauma or nervousness and about overcoming that.

“I’ve also experienced both big and small traumas or difficulties, but now I’m overcoming that sort of thing well,” she said. “Rather than feeling impatient or trying to overcome it with my own strength, I take a step back and put it down, accept it, and choose the direction of my thoughts in a comfortable way, and I think I’ve been able to overcome while doing that. I’ve been very lucky. I think it’s all because the people around me, my situations, and my own energy has matched well.”

Lee Sung Kyung was also asked about her plans for 2021. “I want to become a really great actress and a great person,” she said. “And my goal and hope is always to be sincerely happy and have that happiness spread to the people around me. In 2021, I want to communicate with my fans a bit more. I want to express my feelings to my fans who always wait for me and love me, and I want to make it up to them.” She added with a smile, “Of course, I’m trying to be able to greet them through a great project too.” She ended the interview by sharing her love and gratitude to her fans.

Lee Sung Kyung
XPN
Dr. Romantic 2
How does this article make you feel?