ITZY Expresses Love And Thanks To Fans On 2nd Debut Anniversary

ITZY shared messages for their fans as they celebrated their second debut anniversary!

The five-member JYP Entertainment group debuted on February 12 of 2019 with the track “DALLA DALLA,” and they most recently made a comeback in August with “NOT SHY.” On their anniversary this year, the members took to Instagram to express their gratitude to their fans MIDZY! 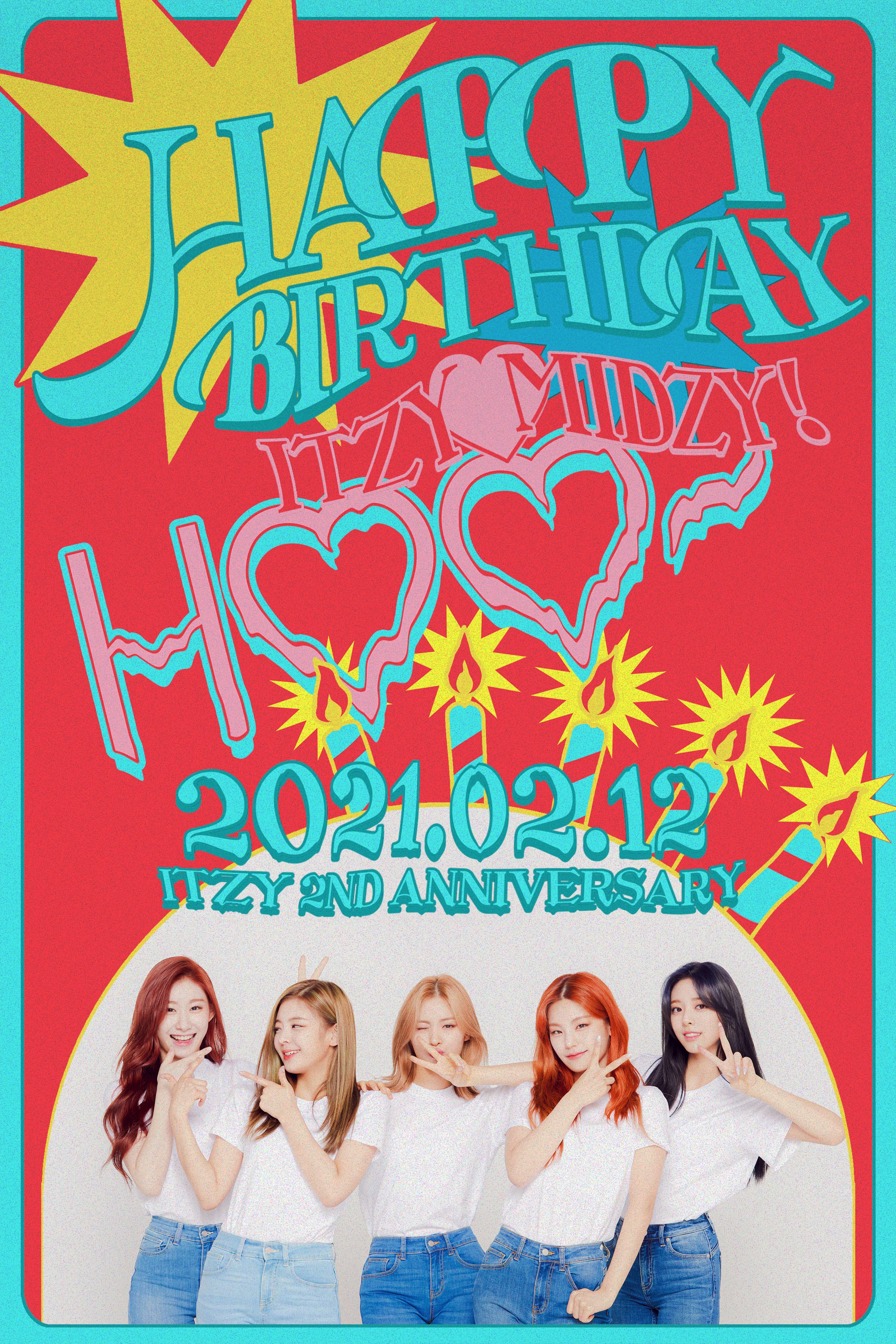 Ryujin posted photos of the group having fun together in a hotel room. She wrote, “Second anniversary. 2TZY [heart] MIDZY. The five of us have already been together for three years, and it’s been two years as ITZY….! It feels like although it’s been really short, we’ve done so much together, so maybe that’s why both the members and MIDZY feel so, so precious to me now. Thank you for being like that for me and let’s keep being precious people to each other for a long, long time. Love you mwah. -RJ-.”

Another message that was shared with photos taken by Yuna of herself and Ryujin reads, “MIDZY! We’re already celebrating our second debut anniversary. It really feels like it was just a couple days ago that I was doing our debut promotions with red hair, but it’s been two years now… During that time, MIDZY became more precious to me than anyone, and we became so close that I can’t even imagine ITZY without MIDZY.. It’s amazing and I want to be by your side with a different feeling from family and friends!! I hope that these times we spend together will neatly pile up and remain as my precious memories. A second debut anniversary where I look forward to the future even more, I hope you have a good day. Happy New Year, MIDZY. You know I love you a lot, right? I love you.”

Chaeryeong also shared many photos she’d taken of her fellow members. She wrote, “ITZY second debut anniversary. It’s already been two years since we debuted. Our 100th day writing contest, our 300th day, our first debut anniversary, our 500th day… it all feels like a couple days ago… I think it’s also thanks to MIDZY that it always felt like the time was going by quickly. Thank you so much for always loving and supporting us, MIDZY. I learned a lot during the past two years and I’m still learning now.”

“It would have been better on a day like today to have met MIDZY in person and been together, so it’s a bit sad,” she continued. “I want to see you soon. ITZY’s motivator, MIDZY!! I’m always grateful and I love you. We’ll be ITZY who always does our best to show you a better version of ourselves and tries hard!! Let’s stay together. MIDZY, until the day we meet again, I hope everyone will be well and be healthy and happy! Happy New Year, my loves.”

Another post was not signed but features several shots of the group’s adventures, including a photo taken by member Lia. It reads, “MIDZY, hello. It looks like we’ve already spent two years together. Time really flies, right? It seems like it was just recently that we were celebrating our first anniversary, but now we’re already celebrating our second, so I think if I’m together with MIDZY and our ITZY members then both hard times and happy times fly by so fast! So I always feel sad once they go by and reminisce about and remember those times.

“I’m so excited to celebrate with MIDZY and our members when we reach our 10th anniversary. By that time, we’ll really have so many memories. Thank you for always being together with us over the two years and for always encouraging me by saying good things like ‘It’s okay, you’re doing well, don’t worry, you’re beautiful, and you’re amazing.’ Happy second anniversary.”

A fifth post, which may have been written by Yeji, features group photos and reads, “MIDZY, it’s already ITZY’s second debut anniversary. From our promotions for ‘DALLA DALLA’ to ‘ICY,’ ‘WANNABE,’ and ‘NOT SHY,’ I performed on so many stages, saw fans, and felt new things every time. I think I’ve done what I wanted to do and what I wanted to achieve, ITZY has received more love that I’d ever expected, and it feels like I’ve achieved my dream, so I worry that no matter how I express my gratitude, it won’t be enough. It’s thanks to MIDZY that we were always able to go where MIDZY is, and I think everything we’ve achieved has been possible because of MIDZY.

“Since there are so many people next to us to be grateful for, I want to show a better version of myself, and I want to make you as happy as you’ve made me. It’s beyond what I can say in words, thank you for always supporting us. I really want to gift MIDZY with even more good days like the past two years, and I’m excited about it. Please look forward a lot to our promotions this year and in the future, and show love. I will become someone who can repay you for that love. I also love my members so, so much and I think it’s because I’ve had my members by my side that I’ve felt confident and we’ve been able to go forward together. Let’s stay healthy and make a lot of great memories. Finally, Happy New Year everyone. In 2021 too, ITZY MIDZY let’s fly. #ITZY #MIDZY #2ndAnniversary #ILoveYou.”