“The Uncanny Counter” stars Jo Byeong Gyu and Kim Sejeong were the guests on the February 13 episode of tvN’s “Amazing Saturday”!

Jo Byeong Gyu and Kim Sejeong are the same age, both being born in 1996. The two of them became friends on the set of their OCN drama and showed a playful chemistry like bickering classmates on “Amazing Saturday.”

Asked about how she felt on the end of “The Uncanny Counter,” Kim Sejeong joked, “Everything ended on a good note, but instead of getting to feel that it’s over, Jo Byeong Gyu keeps appearing next to me, so I feel like I’m still filming. I want to stop seeing him already.”

Jo Byeong Gyu quipped right back, “I’m not that happy about it either. I asked them to seat us far apart but they put us right next to each other.” 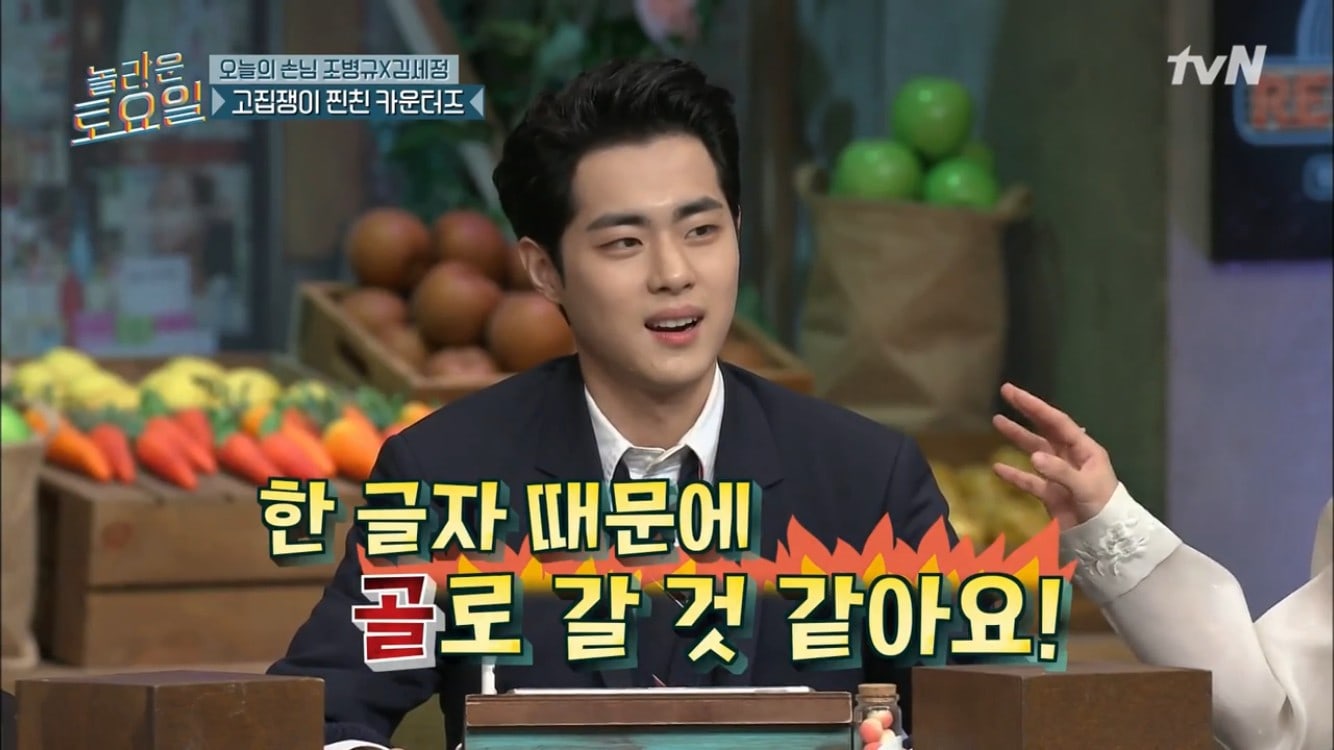 Kim Sejeong warned the cast, “Both of us are really stubborn. Once we get hold of something, we don’t let it go easily.” She added, “Jo Byeong Gyu is smart. But that’s why I think he’ll get obsessed with a single word.” 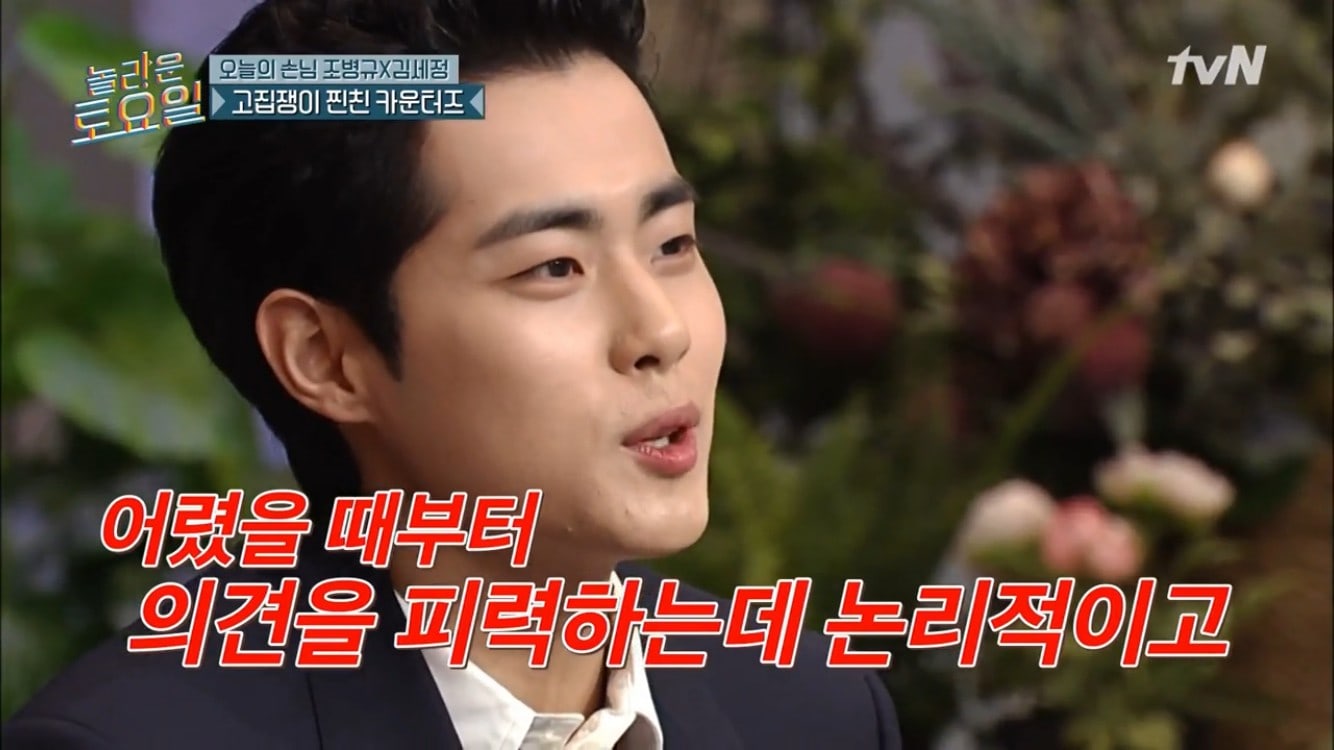 Jo Byeong Gyu shared that his stubbornness was also infamous in his own family. He said, “My mom once told me I should become a prosecutor. I like to honestly express my own opinion, but I’m also very logical.” Kim Sejeong said, “Did she mean you should get [psychologically] examined?” (The word for “prosecutor” and “examination” are both geom-sa in Korean.) Jo Byeong Gyu complained, “She’s a friend who twists the meaning of a compliment.” 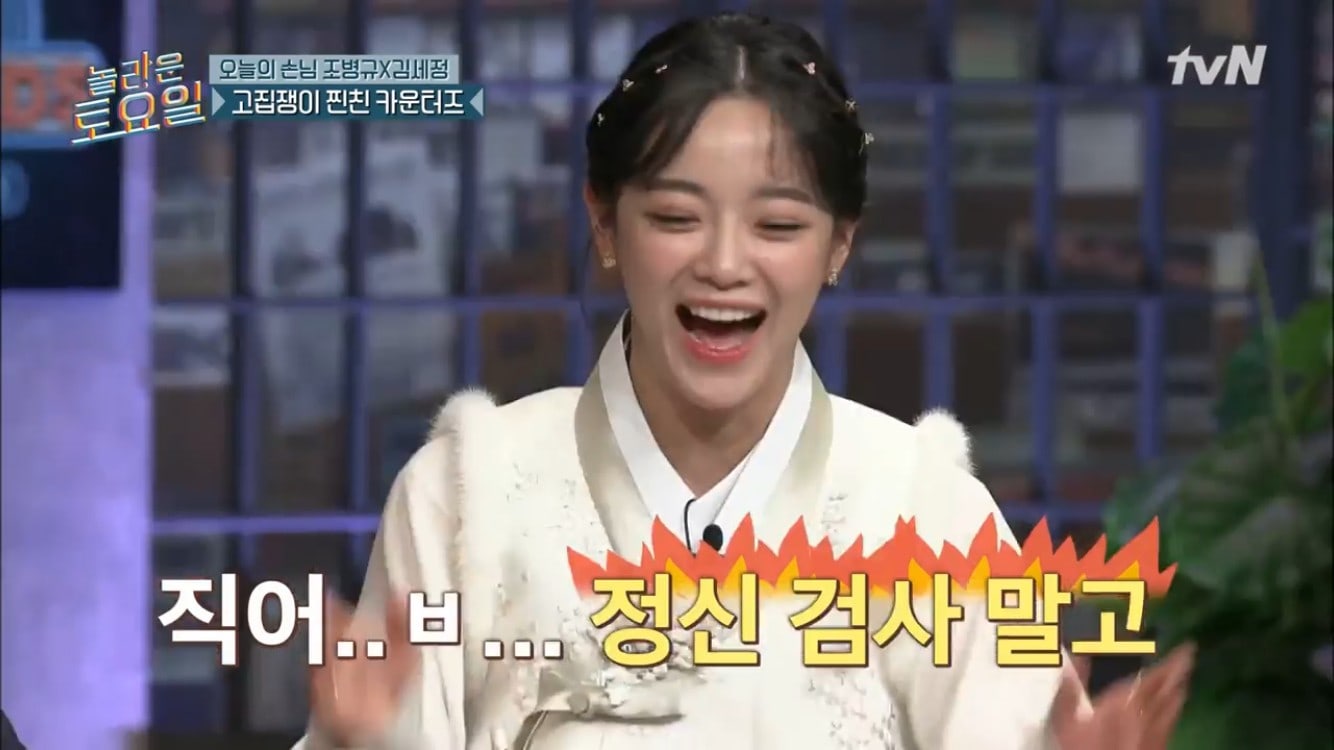 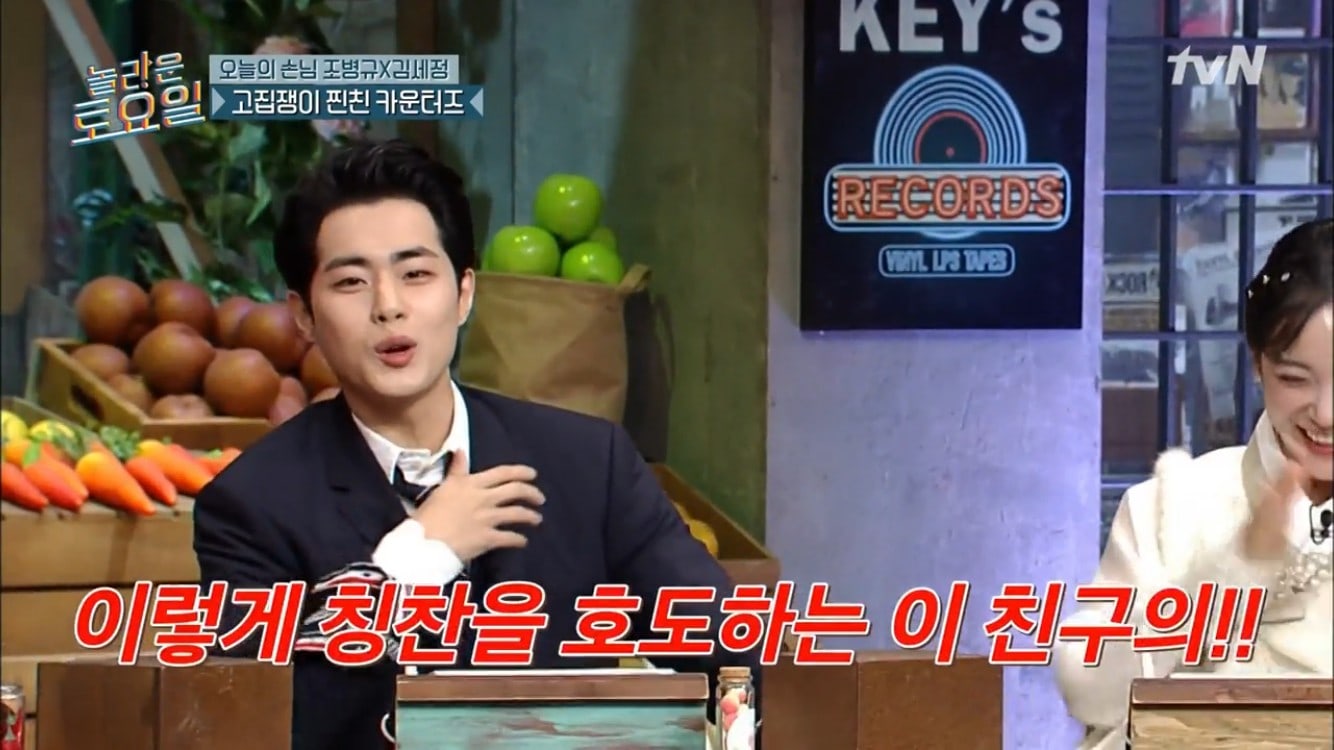 Kim Dong Hyun was impressed that Jo Byeong Gyu knew words like pi-ryeok (to honestly express) and ho-do (to twist the meaning, to mislead), but Jo Byeong Gyu said, “I know the vibe of the words, but not their exact dictionary definition.” 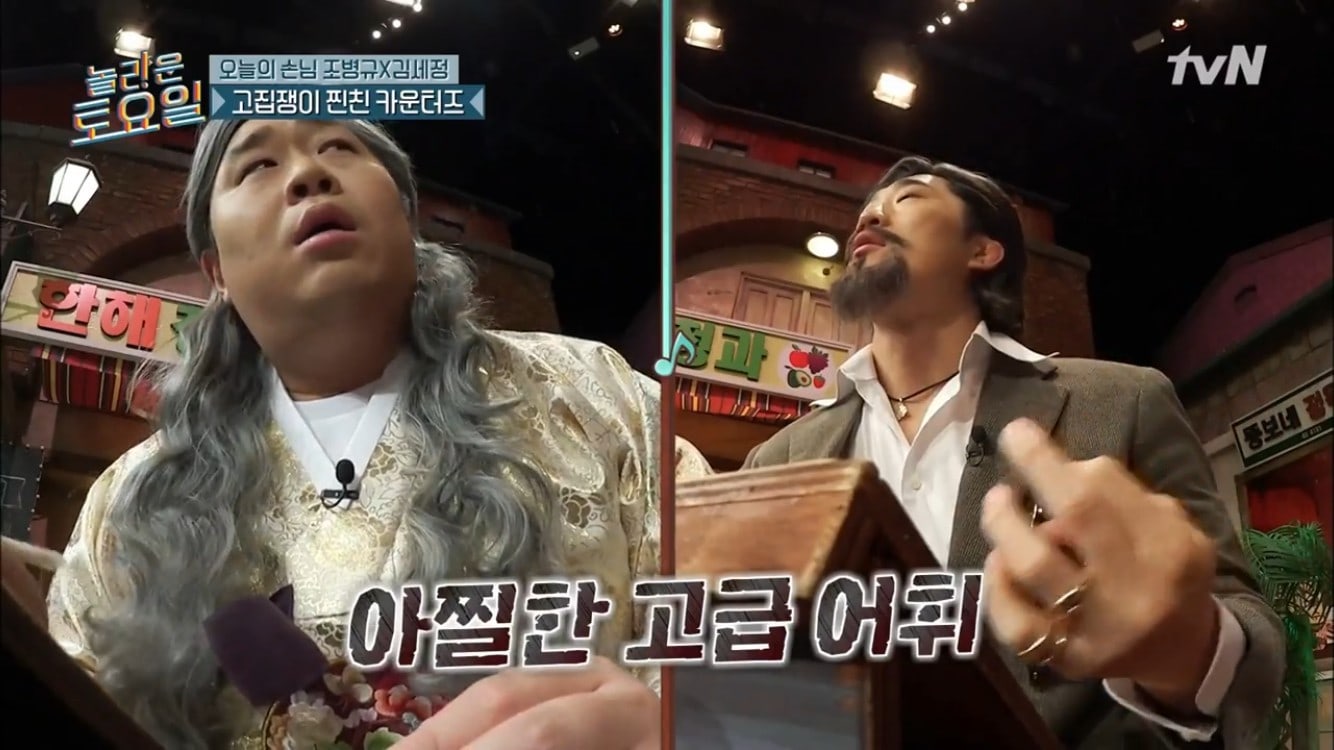 Check out Kim Sejeong in “I Wanna Hear Your Song” here…