Ahead of the premiere of the upcoming drama “Vincenzo,” tvN shared a special interview clip of its stars Song Joong Ki and Jeon Yeo Bin!

After they introduced themselves, Song Joong Ki and Jeon Yeo Bin asked playfully, “Can we ask really tough questions?” Song Joong Ki introduced his character, Vincenzo Cassano, as a consigliere who grew up in the Italian mafia, as well as a lawyer who can be cruel and go to extremes. Asked if he had any similarities to the character, he said, “I think we both like to be alone.” Jeon Yeo Bin showed her surprise and said, “He’s so kind on set that I thought he liked being around people.” Song Joong Ki added, “The difference between us is that Vincenzo always wears formal suits, but Song Joong Ki does not. I like wearing comfortable clothes.”

Song Joong Ki said that it was refreshing to play the character, but added, “The difficult part was that I’ve never been to Italy in my life. I’ve never spoken Italian in my life. I’m more scared of my Italian teacher than of the director.” He then showed a tiny snippet of Italian for the viewers. 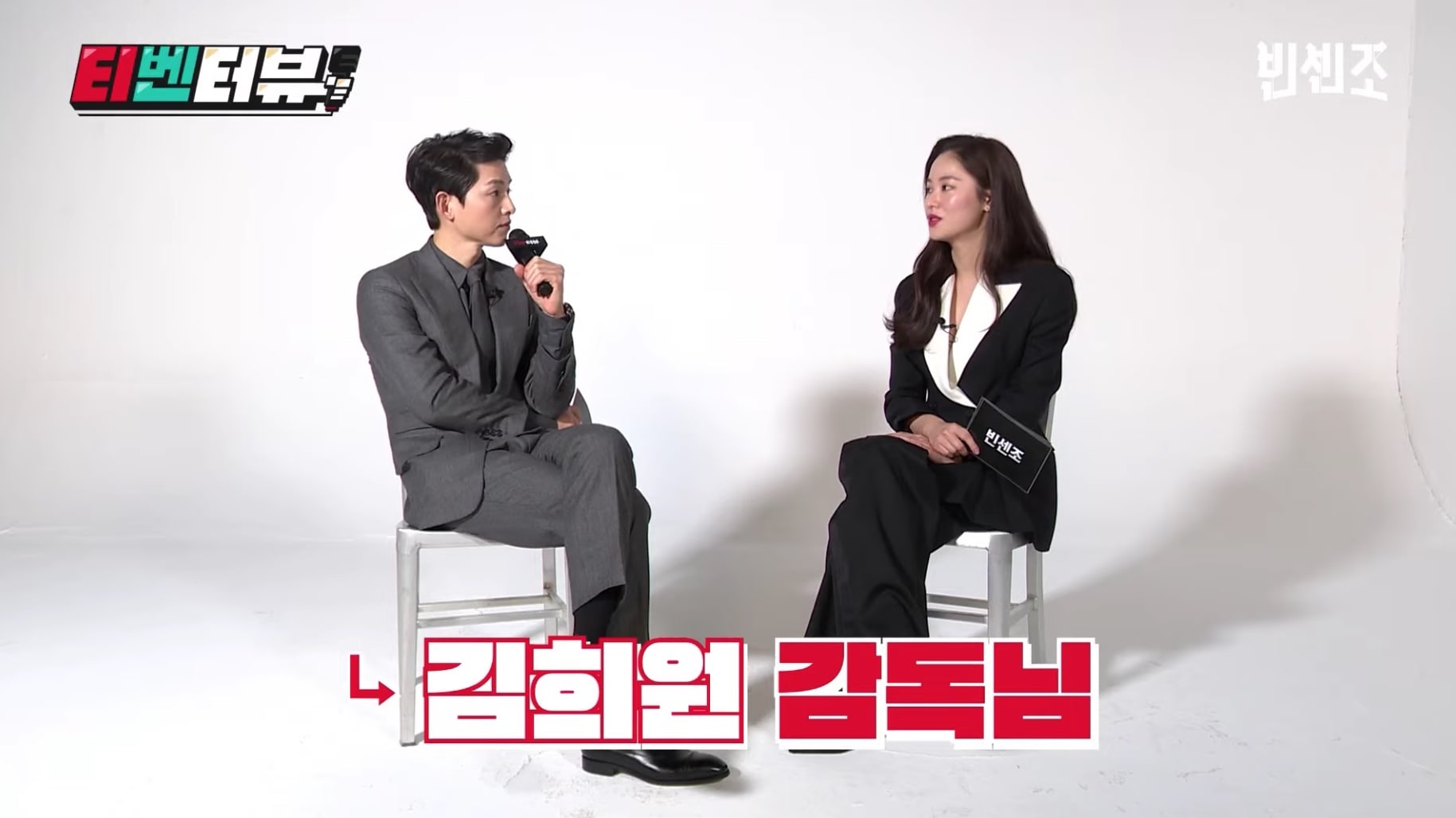 Jeon Yeo Bin introduced her character as Hong Cha Young, a lawyer who is intensely competitive, sharp-tongued, and has a bit of an unusual side. She picked the scene in which Vincenzo rides a horse as her favorite scene to film thus far, but the details were censored for spoilers. She said that she was about 50 percent similar to the character, but Song Joong Ki joked, “I thought it was more like 85 to 90 percent.”

Jeon Yeo Bin continued, “I think that both Hong Cha Young and Vincenzo are fiery people. They both have emptiness and longing inside them. The difference is that Vincenzo has a very heavy aura of darkness that lies underneath, while Cha Young has a more realistic kind of darkness.” The two also shared random facts about themselves, such as “I ate short rib soup yesterday” (Jeon Yeo Bin) and “I looked up ‘how to peel a thick-skinned squash’ on YouTube this morning” (Song Joong Ki).

Watch Jeon Yeo Bin in “Melo Is My Nature” below!