WEi Talks About Competition In Music Industry, How They Became Singers, Role Models, And More

WEi recently participated in a pictorial and interview for the magazine International bnt!

The interviewer mentioned that all the members had been on survival programs before. Kim Jun Seo said, “Personally, I think that we all grew from the experience. If you look at our skills before and after, there’s a clear difference. We could also relate to each other by opening up about the difficulties we went through while on the show.”

Asked about the fierce competition among idol groups in the Korean music industry, Kim Yo Han said, “It’s a tough question. First, talent has to be the foundation on what’s being built. Also, I don’t think that we lose in terms of visuals. I think that the close relationship between the members, like family members or like classmates at an all-boys’ school, helps to set us apart.”

Kim Dong Han added, “There are a lot of times when I’m awed at the performances put on by our seniors and juniors, but we don’t lack in performance experience either. I think one of our strengths is that we can approach our friends with that level of experience and confidence.” He added with a laugh, “I think our final weapon is Kim Jun Seo’s good looks.” 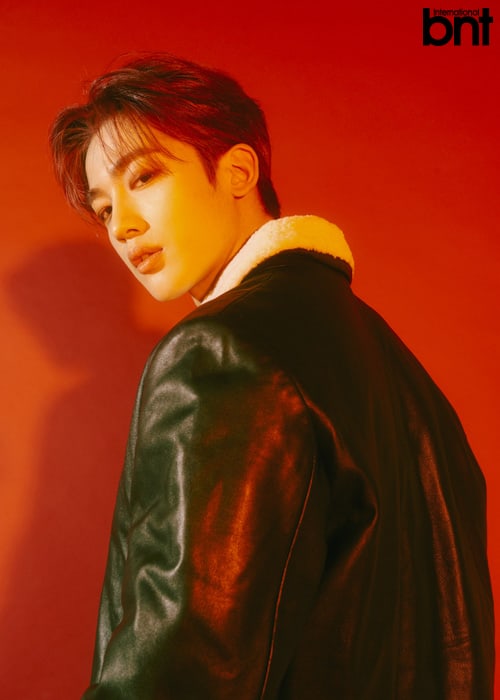 Kim Yo Han also talked a little about his physical stamina, being a former taekwondo athlete. He said, “It was a big help when I was on Mnet’s ‘Produce X 101.’ I don’t remember feeling physically tired once during the whole program. I think that people get accustomed to the environment they’re in. If I compare myself to when I was a competing athlete, I’ve lost a lot of stamina.”

Jang Dae Hyeon talked about composing music and said, “It hasn’t been that long since I started. It’s been a little over a year. I was able to challenge myself to try various things that I admired in songs that I like. There were also team members who helped me, so I am confident that I will be able to improve.” He added, “I usually use a MIDI program so I mostly use piano instrumentals.” Kim Jun Seo commented that Jang Dae Hyeon likes the sound of string instruments, while Kim Yo Han quipped, “He doesn’t write music that’s less than 150 beats per minute.” 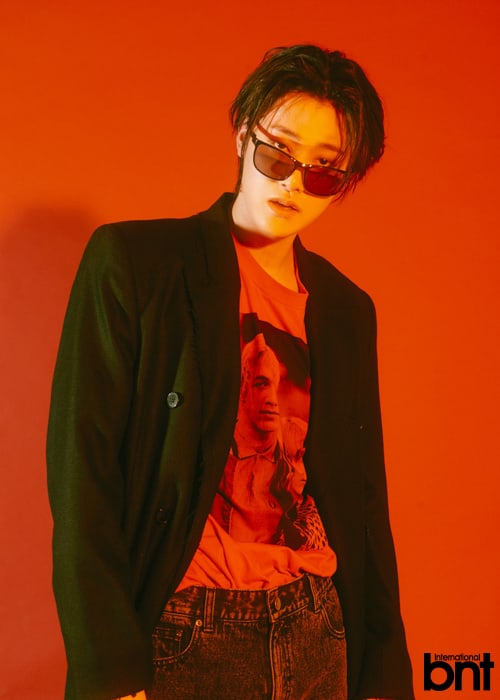 Yoo Yong Ha talked about his decision to pursue a music career. “I was in the first year of middle school when I really decided I wanted to become a singer,” he said. “Audition programs were the trend back then. I watched Mnet’s ‘Superstar K’ and had the goal of winning on that show. When I had to write down my future goals for school, I wrote ‘superstar.'” 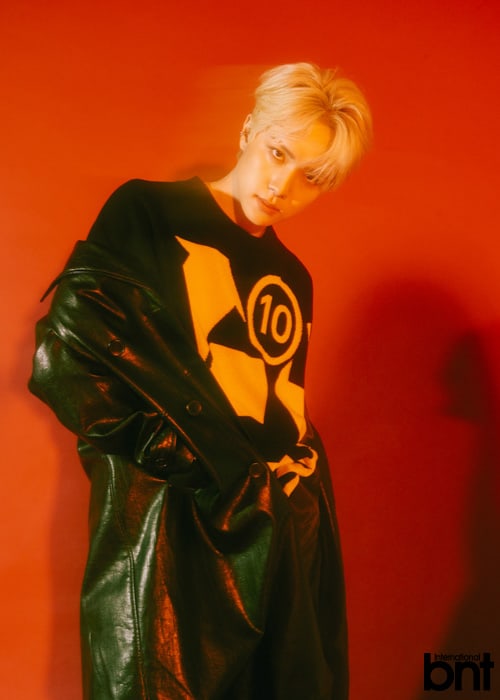 Kim Dong Han picked his role model as BTS and said, “I’ve been a fan of theirs since their debut up to now. I’ve always practiced dancing to their songs, to the point where I’ve memorized the choreography for most of their songs.” He picked “I NEED U” as the one he’s most confident in and said, “It had the best reaction while I was promoting as part of the dance team.” 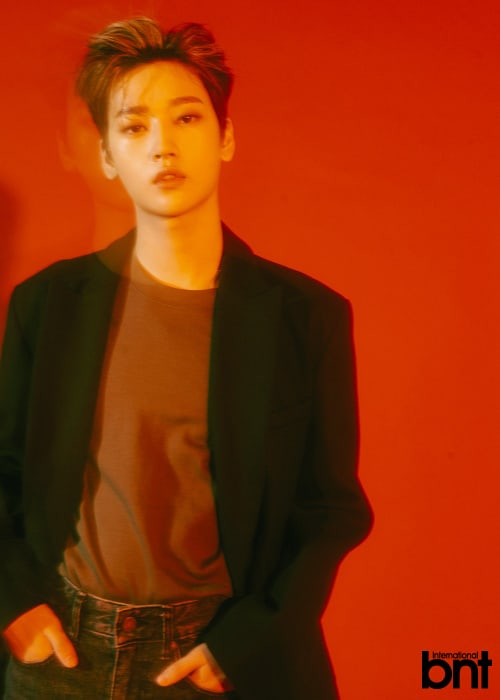 Kang Seok Hwa shared his thoughts about self-improvement and said, “When I live alone, I’m very clean and tidy, but when I’m living with the members, it’s not easy to be like that. If things get too dirty, I’ll clean it up, but I don’t think I live as neatly as I did before.” He added, “I’m the type to scold myself when I’m working on something I really want to do well in. I’m the main vocalist and I have a lot of love for music, so it’s something that’s very important to me. There are a lot of times when the members give me compliments that help me a lot in getting me out of my own head.” 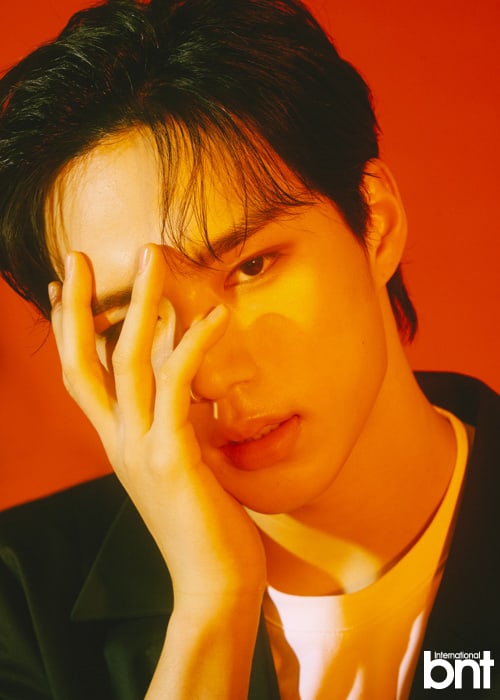 Kim Jun Seo shared that his father had given him some memorable advice and said, “I had such a hard time when I first started trainee life. I told my dad, ‘I can’t do this. I’m going to go home.’ But my dad said, ‘I’m not going to open the door for you. Stay in Seoul and live your life however you want.’ That’s when I realized I needed to learn how to work hard at something. It’s not like I would gain anything by giving up and going home. I think that if I went home at that time, I would have had a lot of regrets.” 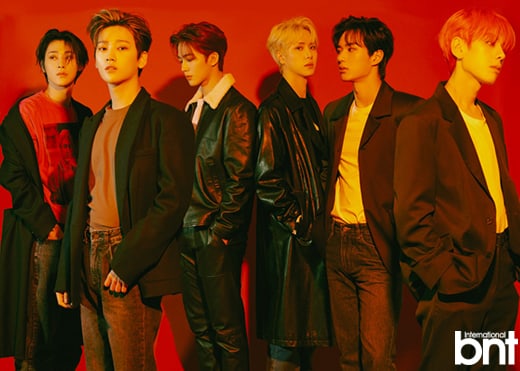 WEi is currently gearing up for a comeback on February 24 with “IDENTITY: Challenge.”

International bnt
WEi
How does this article make you feel?