Kang Daniel and his manager appeared on the latest episode of MBC’s “The Manager”!

Kang Daniel and his manager were first shown at the KONNECT Entertainment office preparing for their “Eussha Eussha Day” (“Cheer Up Day”), a lottery event for the company’s employees. The panelists were shocked to see the prizes, which included an electronic clothing care system and a smartphone, and the panelists were further astonished to hear that Kang Daniel had purchased the prizes with his personal money. 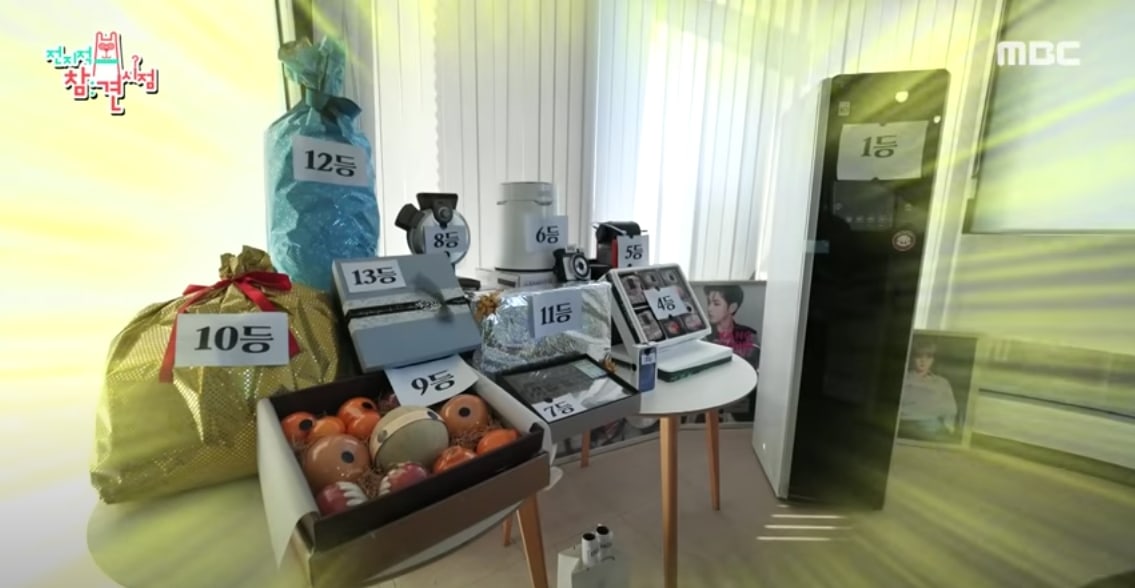 Kang Daniel, who is preparing to make his comeback with “PARANOIA” on February 16 at 6 p.m. KST, showed a glimpse behind the scenes of his music video recording. He asked his manager to make an appearance in his new music video, and the manager took on the important role of “the demon inside Kang Daniel.”

That day, Kang Daniel was feeling decompression sickness due to the underwater scenes he filmed the previous day, and he shared, “I can’t inhale and exhale as much as I usually do. This may be the hardest day I’ve had since my debut.”

The manager’s first scene involved shoving Kang Daniel with his shoulder while walking past him. The first time around, he simply walked past him without making any contact, explaining that he was afraid Kang Daniel might get hurt. After three takes, he walked into Kang Daniel with an adequate amount of force and successfully wrapped up the scene. 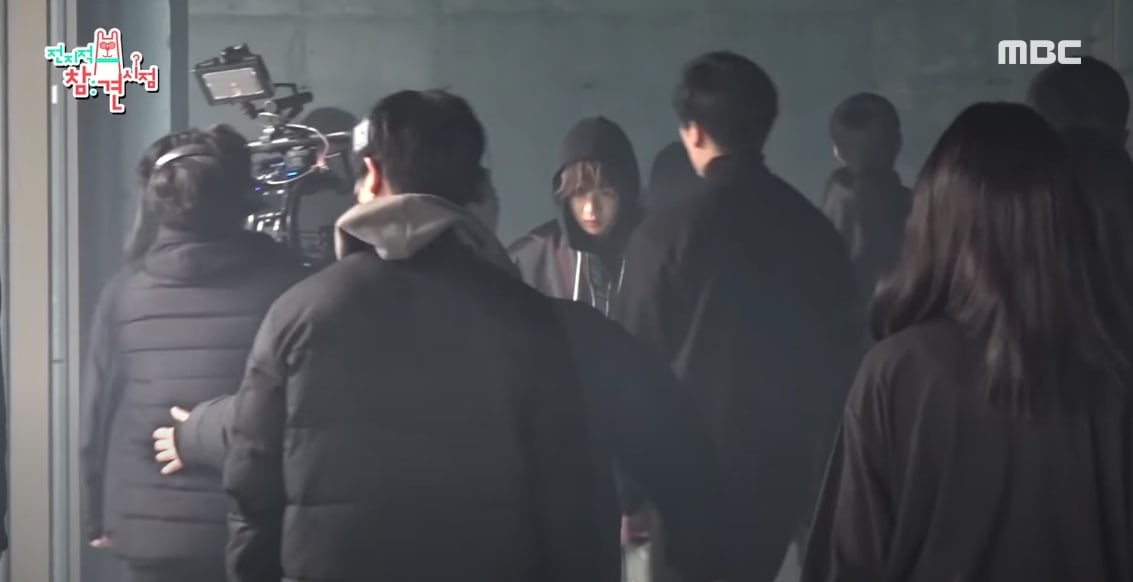 In another scene, his manager wore a leather outfit that Kang Daniel wore for one his scenes. All he had to do was to walk straight across a hallway, but he kept straying to one side because the big mask he had on his face prevented him from seeing in front of him. In the end, the staff changed the mask to a big hood that made it easier for him to see where he was going.

Kang Daniel felt his symptoms worsening ahead of his dance scene, but he professionally pulled off the choreography and smiled widely once the director yelled, “okay.” However, it was not completely over, as they had to film another dance scene outdoors. Despite the freezing weather, Kang Daniel and his dancers charismatically executed their moves. 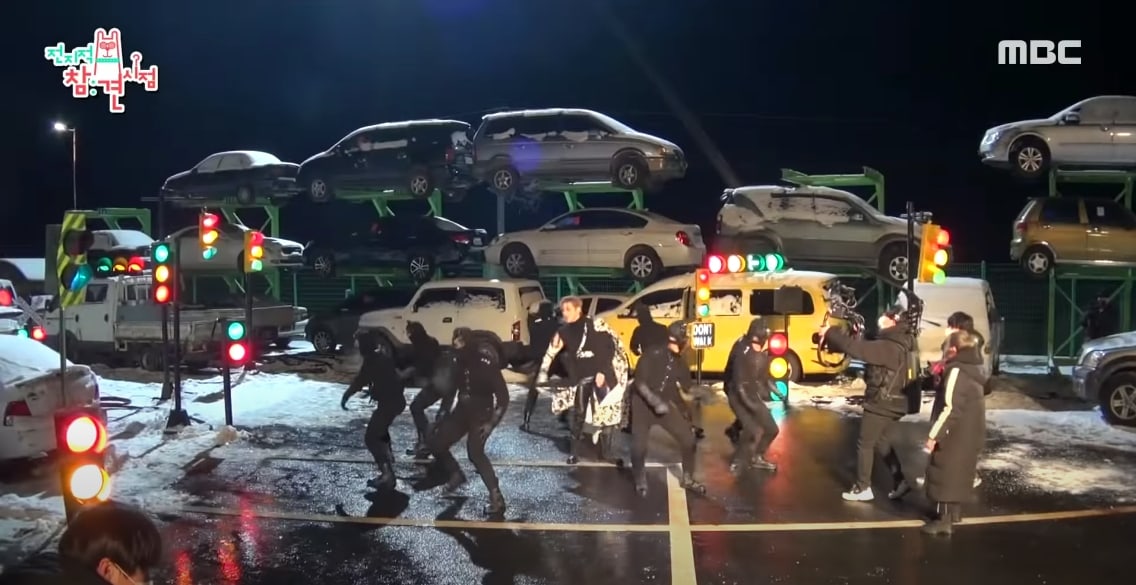 For the final scene, which took place in a bedroom set, Kang Daniel had to battle his “demon,” which was played by his manager once again. The manager wore the mask that he previously wore, except this time, the staff had drilled holes into it so he could see.

Once the cameras started rolling and they acted out their fight, the manager pushed Kang Daniel too hard and made him fall on the bed. Ahead of the next take, the director asked them to fight while standing at first, but the manager forcefully butted into Kang Daniel again, and they fell on the bed once more. In the “The Manager” studio, Kang Daniel laughed as he said, “I’m embarrassed.”

Kang Daniel
The Manager
How does this article make you feel?