Kakao M’s upcoming drama “How To Be Thirty” has released new posters featuring the lead cast!

“How To Be Thirty” is a relatable romance that deals with the work and love lives of three 30-year-old women. The drama follows the story that unfolds when webtoon author Seo Ji Won (Jung In Sun) meets her publisher Lee Seung Yoo (Kang Min Hyuk), who is also her first love from middle school.

The posters, one in color and the other in black and white, depict a romantic moment between Lee Seung Yoo and Seo Ji Won, who reunite as adults after 15 years. His hand on the wall behind her, Lee Seung Yoo leans close to Seo Ji Won, who gives him a small but meaningful smile as she places her hand on his blazer. One version of the poster is bathed in the warm colors of sunlight, giving the two leads an idyllic glow, while the black and white poster creates a more mature and sophisticated aura.

The tagline on the posters reads, “Is it okay to start my 30s with him?” and reflects the concerns felt by Seo Ji Won, who is at an age where she wants to keep her feet planted on the ground and make rational decisions. Curiosity is mounting as to how the couple will navigate their feelings for each other while working at the same company. 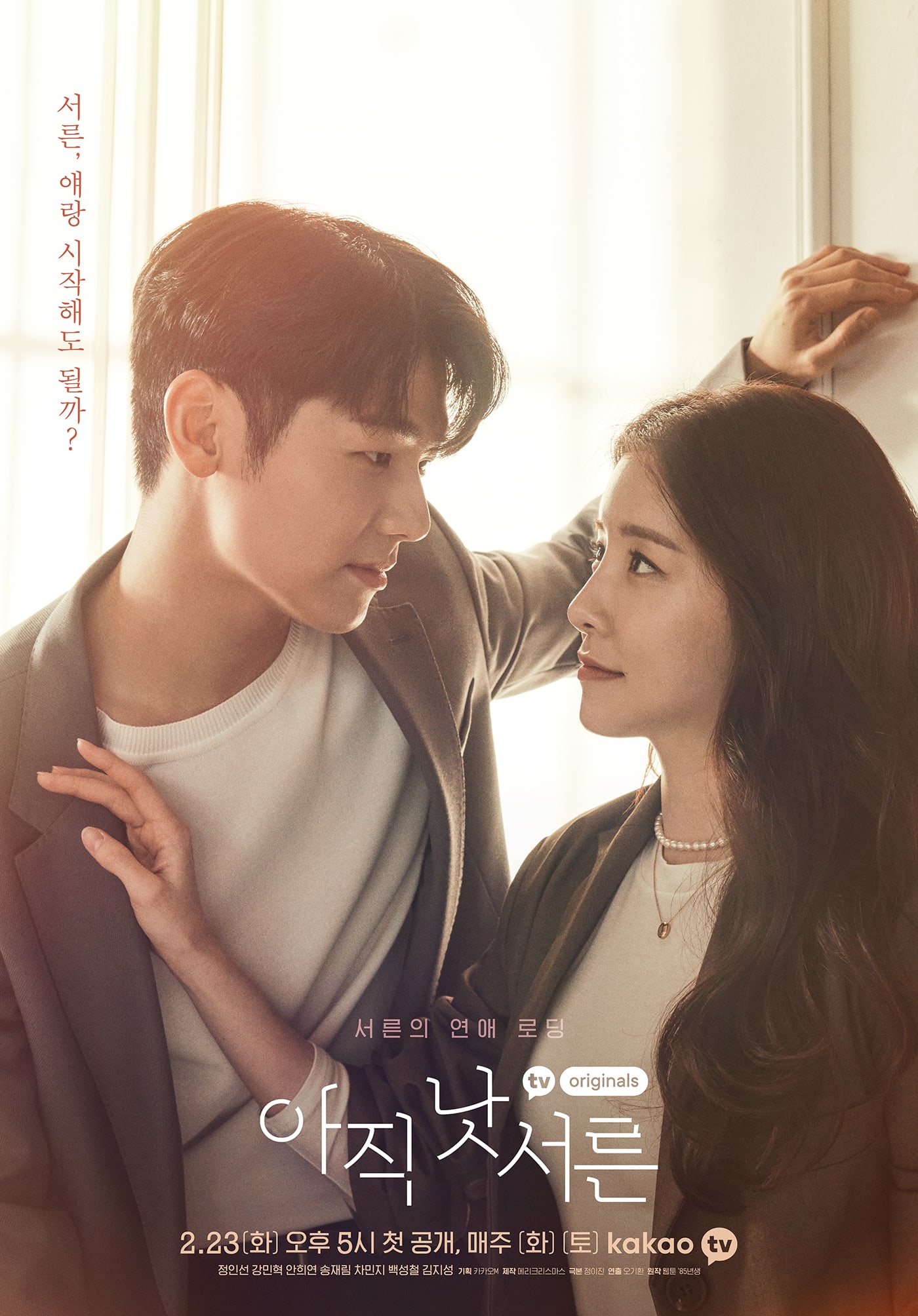 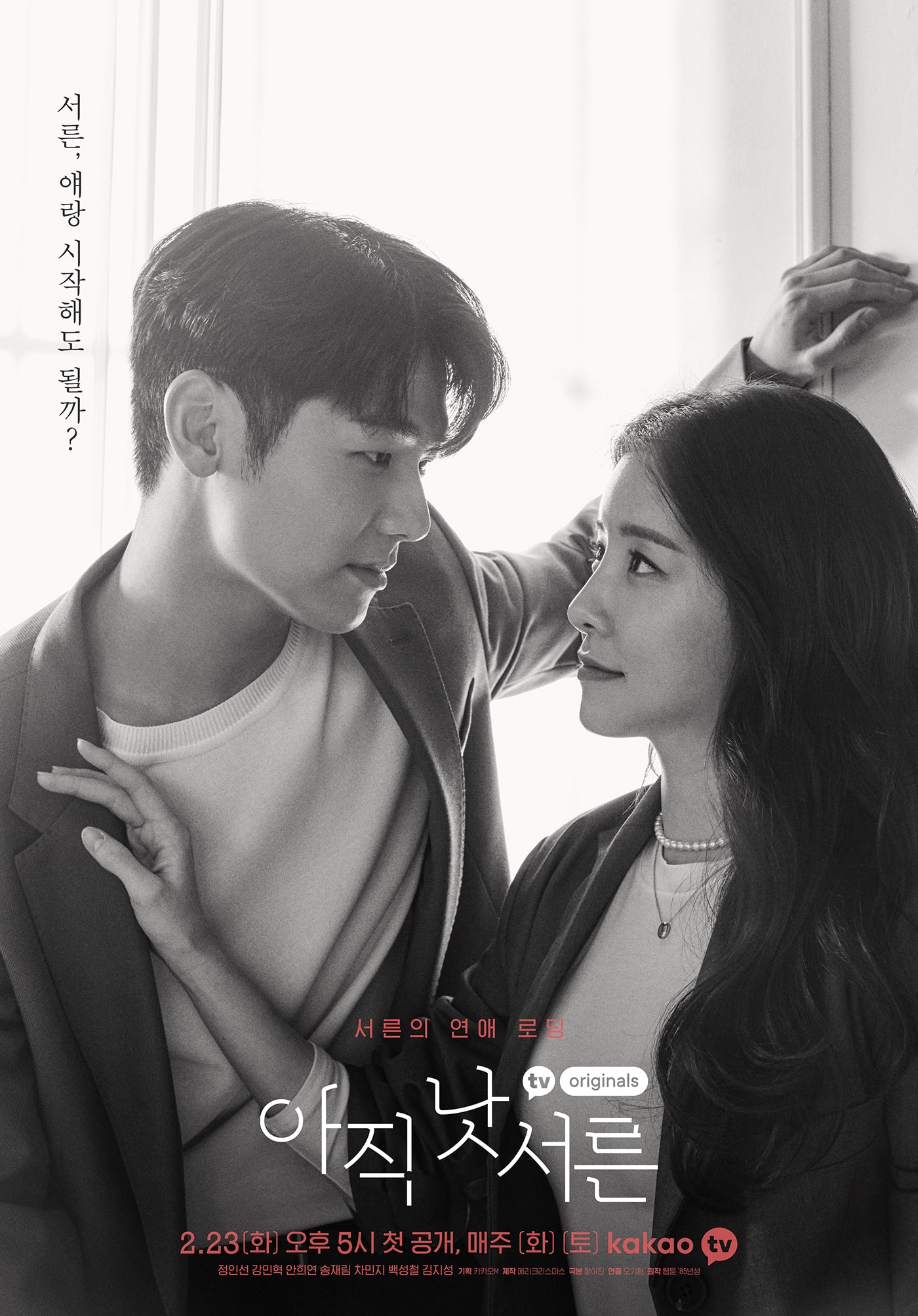 “How To Be Thirty” premieres on February 23 at 5 p.m. KST and will be available on Viki.

CNBLUE
Kang Min Hyuk
Jung In Sun
How To Be Thirty
How does this article make you feel?