SBS’s upcoming “The Penthouse 2” has released new stills of the children of Hera Palace!

As the relationships between the adults in Hera Palace grow darker and more tangled, their children feel the effects—and get into complicated relationships of their own.

Kim Hyun Soo plays Bae Ro Na, a talented aspiring singer and the daughter of Oh Yoon Hee (Eugene). However, she endures merciless bullying from the rest of the “Little Hera Club.” After her mother becomes a suspect in Shim Soo Ryeon’s murder case, Bae Ro Na is forced to bear the additional burden of being labeled a “murderer’s daughter.”

Jin Ji Hee plays Yoo Je Ni, the only daughter of Kang Ma Ri (Shin Eun Kyung). In middle school, Yoo Je Ni framed Bae Ro Na to the point that Bae Ro Na was summoned to the committee for school violence. Yoo Je Ni was also part of the Little Hera Club that bullied Min Seol Ah (Jo Soo Min). But in the final episode of “The Penthouse,” after seeing Bae Ro Na standing still in shock after the word “murderer” was scrawled on her front door, she quietly gave her a sandwich, possibly indicating a change of heart.

Kim Young Dae plays Joo Seok Hoon and Han Ji Hyun plays Joo Seok Kyung, the twin children of Joo Dan Tae (Uhm Ki Joon) and Shim Soo Ryeon (Lee Ji Ah). As part of the Little Hera Club, Joo Seok Hoon had participated in bullying others. He underwent a major change of heart after falling in love with Bae Ro Na, standing up to his father and trying to rein in his sister.

Meanwhile, Joo Seok Kyung had struck a dangerous deal with her father in order to win against her rival Ha Eun Byul and went to extremes to prevent herself from falling down the social ladder. After the death of their mother, Shim Soo Ryeon, it was hinted that the twins might be sent to study abroad.

Choi Ye Bin plays Ha Eun Byul, the daughter of Cheon Seo Jin (Kim So Yeon). She suffers psychologically from the extremely high expectations that her mother puts on her. After various shocking events such as her parents’ divorce and her mother’s affair and arrest, she attempted to take her own life. In the final episode, it was revealed that Ha Eun Byul had witnessed the death of her grandfather Cheon Myung Soo (Jung Sung Mo) and Cheon Seo Jin’s role as a bystander. She mentioned her grandfather to her mother with a twisted smile, suggesting that she might be heading down an even darker path.

Lee Tae Bin plays Lee Min Hyuk, the son of Lee Gyu Jin (Bong Tae Gyu) and Go Sang Ah (Yoon Joo Hee). He was part of the Little Hera Club and frequently bullied others. However, as his father is now a National Assembly member, it remains to be seen how the son’s future will change.

The production staff of “The Penthouse 2” said, “There will be big external and internal changes for the kids of ‘The Penthouse,’ who have learned greed and vanity from their parents and experienced a series of shocking scandals. Please look forward to how they will shake up the story.” 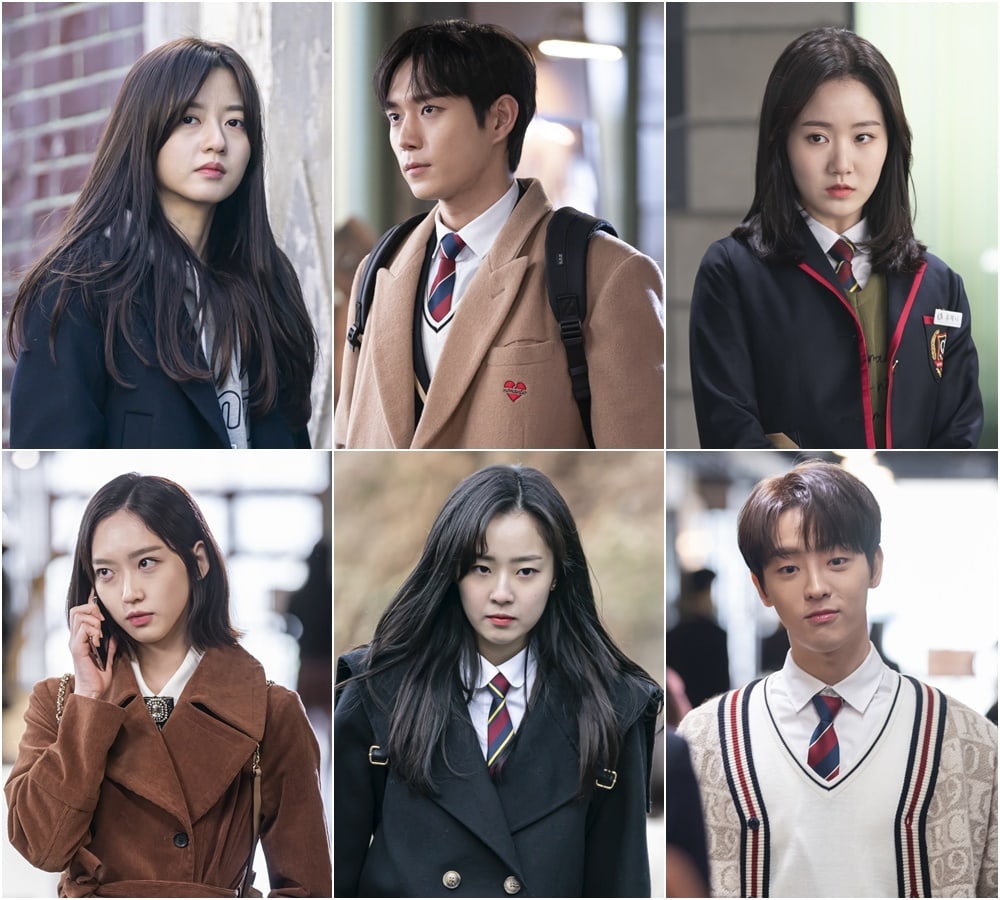 “The Penthouse 2” premieres on February 19 and will be available on Viki.