The newly released stills depict Queen Yeon and On Hyup engaged in a serious situation. Their solemn expressions are full of concern, and it’s obvious something dangerous has happened. Queen Yeon talks to her daughter Pyeonggang while On Hyup discusses something with his son On Dal. It seems like the adults have important messages to leave to their children, and their expressions are firm and determined as they share these crucial words with them.

Young Pyeonggang (played by Heo Jung Eun) and On Dal (played by Seo Dong Hyun) look confused and afraid. This raises questions about what kind of danger they’re in, what their parents told them, and whether they will be able to follow through their parents’ words. 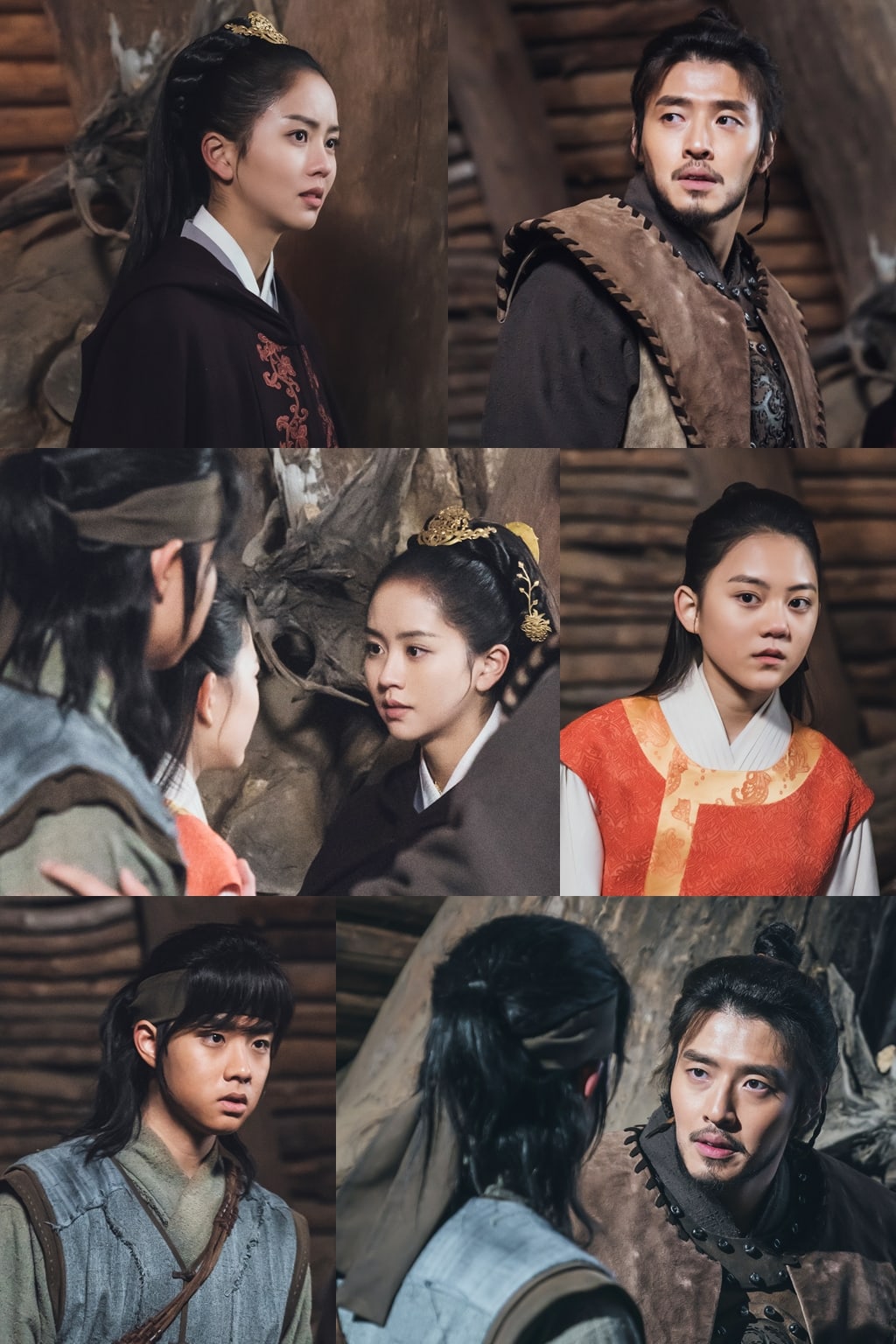 The producers of “River Where the Moon Rises” commented, “An incident that shakes fate will occur to Queen Yeon, her daughter Pyeonggang, On Hyup, and his son On Dal who are gathered in one place. Queen Yeon and On Hyup’s words will greatly influence the lives of Pyeonggang and On Dal. In addition to the intense story, the actors’ passionate performance will strongly impact the first episode. We hope you look forward to it, and please give it a lot of attention.”