Following the release of her film “Space Sweepers,” Kim Tae Ri sat down for an interview to discuss her character, her impressions of the other cast members, and more!

“Space Sweepers” is a sci-fi film that premiered on February 5 on Netflix. Set in the year 2092, the film follows the crew of a space junk collector ship called The Victory. When they find a humanoid robot named Dorothy that’s also a weapon of mass destruction, they get involved in a dangerous business deal.

Kim Tae Ri played the tough Captain Jang, and confessed that she didn’t feel like she resembled her character much. “I’m sort of a feeble person, but Captain Jang is someone who knows how to sort out in the moment what’s important and what’s not,” she said.

Continuing with a more detailed explanation of her character, Kim Tae Ri said, “Captain Jang is a smart character who was considered one of UTS’s elite. After doing vital work on constructing weapons, she was chased out for discovering inconsistencies within the organization and began to lead her own group of pirates. After a bout of frustration, she became the one who runs The Victory.”

Many of Kim Tae Ri’s scenes were omitted from the final production. The actress shared her thoughts on the matter, saying, “I think they were omitted to keep the consistency between the overall flow of the film and the storyline. Captain Jang is someone with a cause. The other characters grow and change throughout the film, but Captain Jang holds firm to a single belief from the beginning to the end of the film, she’s a character who has a sense of justice.” 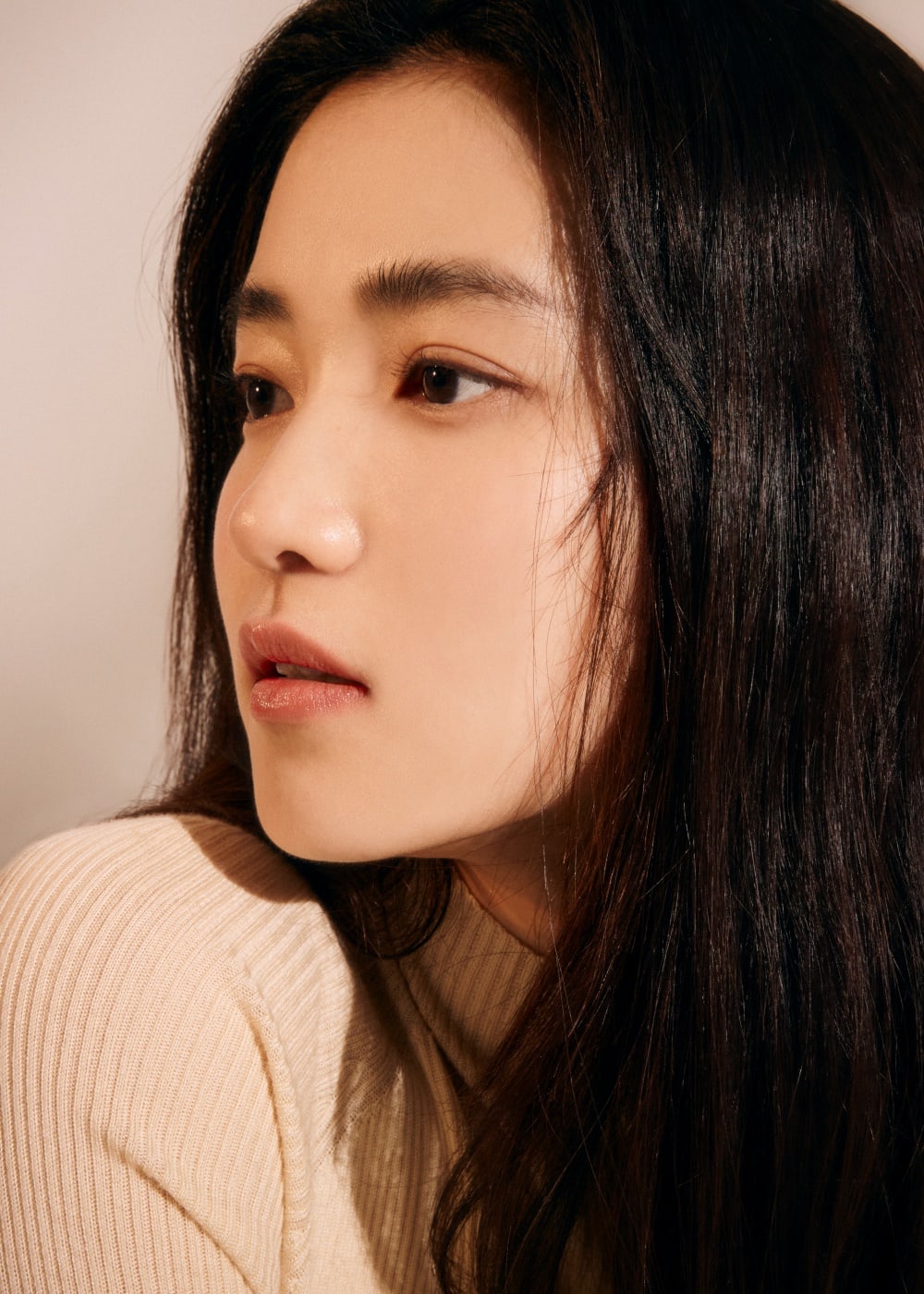 Kim Tae Ri expressed her admiration for Yoo Hae Jin, who played the robot Bubs. “Since ad-libs are words conjured up in the moment they’re easy to think of, but Yoo Hae Jin thinks long and hard about what words to insert into the script in order to bring his character to life,” she revealed. “After discussing with the director and the cast, he uses the lines that were chosen. He was really amazing. He’s an actor who prepares thoroughly and interprets his character in a remarkable way.”

Kim Tae Ri also had plenty of compliments for her other fellow cast members. About Jin Seon Kyu, she shared, “He’s really well-coordinated. Actors always seem like they’re making really dynamic movements in action scenes but his movements are really precise, and on top of making sure he doesn’t get hurt he also watches out for the actors around him. He said that he did a lot of productions that required action back when he did theater.”

She had high praise for Song Joong Ki as she said, “Although there’s not much of an age difference between us, he really feels mature. When I saw him getting along with everyone so well on set I thought he was a great person befitting of the role of captain.” 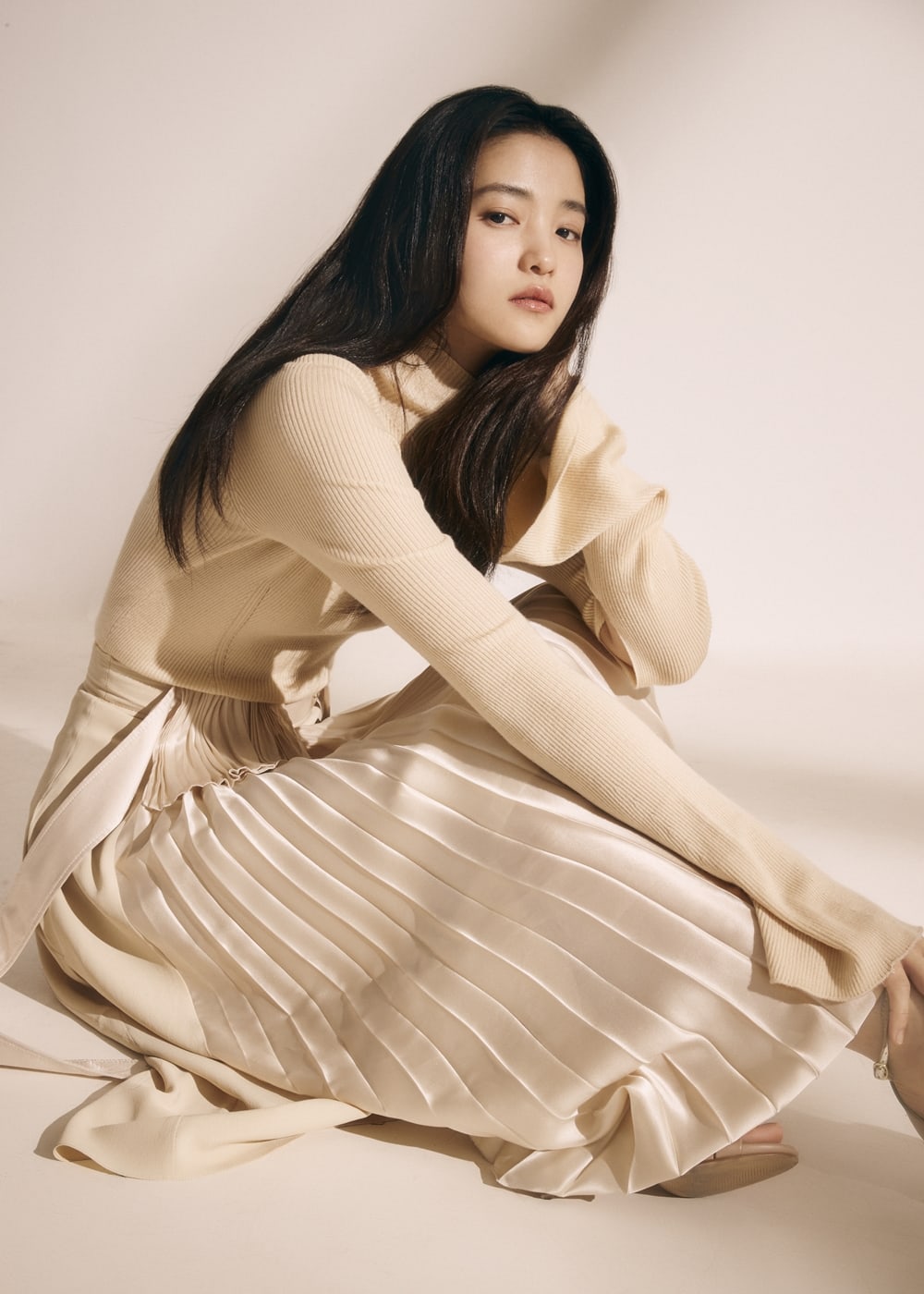 Kim Tae Ri wrapped up the interview as spoke about how her feelings toward acting changed throughout her career. “After filming ‘The Handmaiden,’ I really didn’t feel any pressure. I knew I wasn’t doing very well, and I knew that in the next production I chose I would have to rely not on my own strength but on the help of many other people. Rather than feeling external pressure, I felt more worried about how to express my character myself,” she said. “However, after ‘Space Sweepers’ I felt much more pressure from the outside. I started to worry about the film’s success, wondering, ‘Why did they cast me?'”

She continued, “Now, instead of worrying about that pressure, I’m focused on doing what I’ve done up until now, which is doing my best to determine what I can do within the boundaries of the script.”

Check out Kim Tae Ri in the film “Little Forest” below: